The Cameron Detour putters created quite a stir with their revolutionary arced sightline. Now Scotty is applying the concept to traditionally shaped heads.

Whether you’re a fan of Scotty Cameron or not, you have to acknowledge that his putters are something special. Not only has he succeeded in refining and improving classic designs, he’s been a true innovator with putters like his Futura and Futura Phantom models.

Last year’s introduction of the Detour putters took his innovations a step further. A subtly curved sightline mimics the path the putter head takes on an arced inside-square-inside stroke… the technique espoused by Cameron and Stan Utley, among others.

While the Detour won a lot of converts, it was a radical-looking head shape. Now it appears Cameron is marrying the curved sight line to a more traditional head. Here’s a first peek… 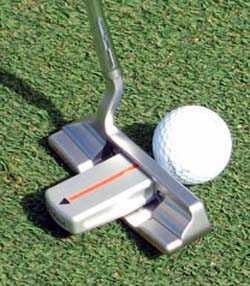 With so many new putters coming out year after year, it’s tough to make converts, especially on the PGA Tour. Which is why it was somewhat surprising to see a number of pros put a Detour in play so quickly.

Even The Sand Trap‘s own Erik J. Barzeski has one in the bag and offered up a full review (executive version: he likes it).

Talk among Scotty collectors and aficionados was that the Detour was great for some people, but that its radical look was just too unsettling for others. Still, even some collectors who didn’t use it on the course thought the putter was a great training device.

At last week’s Mercedes-Benz Championship Cameron unveiled two new putters, a “Newport 2 Detour” and a “Newport 2.5 Detour.” The Newport 2 is one of his Anser-like models with a plumber’s neck. The 2.5 has a flowing neck with less offset and more “toe flow.” 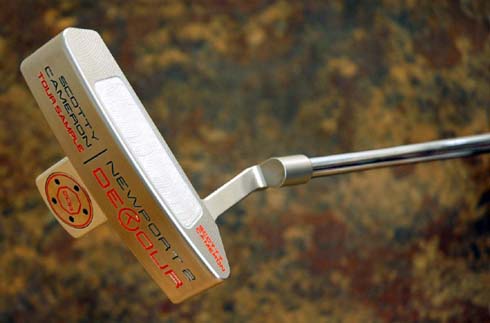 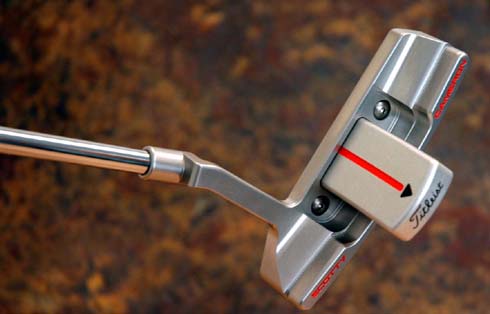 To these classic and highly popular designs he’s applied the Detour concept… an aluminum insert that serves not only as the arced sight line, but also as the face of the putter.

From what I’ve heard from users and experienced myself trying some Detours in stores, the putter has a unique and quite pleasing feel. I think that feel in a more classically shaped head could be a bonus beyond even the unique sight line.

The photos of the new models here have been lifted from a slide show on the Scotty Cameron web site as well as the site’s registry of authenticated putters (A007415 for those of you who frequent the registry).

Like the original Detour, there’s a stainless steel back weight that screws into the sight line/insert. 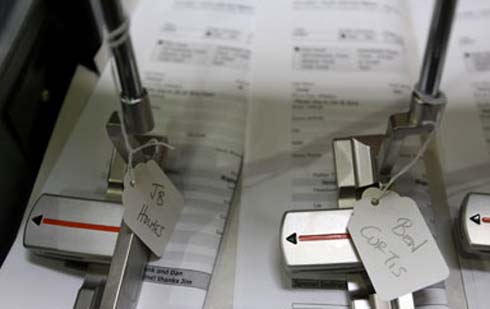 Apparently J.B. Holmes and Ben Curtis have ordered up Newport 2 Detours. Let’s see if they put them in play.

In the End…
Introducing new putters first on the PGA Tour seems to be standard practice for Cameron. As a rule, a roll out to consumers happens some months later in the year, although sometimes the wait is longer and sometimes the putters simply don’t make it to retail.

My first and personal reaction is that this could be a real winner. I’m looking forward to trying one out when I can. So what do you think?