Titleist’s five new sets of irons as well as two new models of hybrids promise to add distance and forgiveness to your game.

If there was ever a company that sticks to a pattern, that company is Titleist. Over the last decade or so, the company has got into a habit of releasing drivers and woods one year, and irons the next. This year, we get the new irons, as well as new hybrids and utility irons. Like normal, there will be a total of four new sets of irons; the 716 MB and CB as well as the 716 AP1 and AP2. There are also two new models of hybrids, or for those that would rather a more iron-like look at address, a utility club. No matter what your skill level, Titleist should have something that will fit your game well.

We’ll start with the new 716 AP1 Irons. According to Titleist, the are the longest and most forgiving irons that the company has every developed. A big reason behind the increase in distance and forgiveness is the 360° Undercut Cavity. This cavity creates a large, thin, unsupported face that flexes more at impact. A multi-material design is also a key component of the new irons. The five of the club is made from heat-treated 17-4 stainless steel which is very strong. High density tungsten is placed low and in the toe of the long and mid irons, and this produces a low CG that aids in a higher launch angle. The higher launch angle allows for stronger lofts which means longer distances. 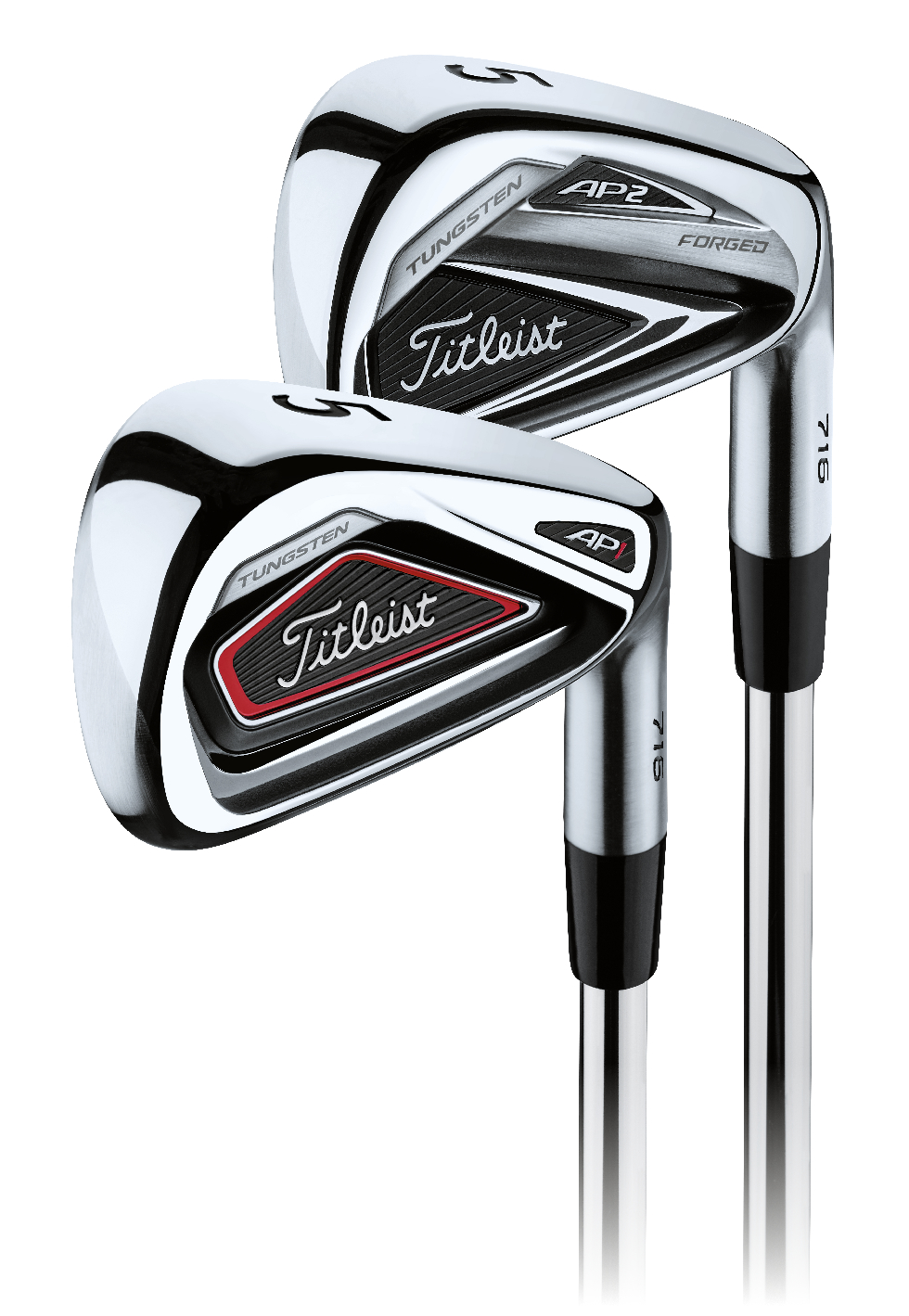 Titleist describes the new 716 AP2 irons as their most advanced players’ irons. Like the AP1 irons, the AP2s use high density tungsten weights. These weights help to lead to a high-MOI design and faster ball speeds across the face as compared to the previous version of the irons. The AP2s also use a multi-material design, and in addition to the tungsten weights, have a body forged from 1025 Carbon steel, giving the clubs the feel that better players look for.

Sometimes, however, golfers are looking for something a bit more traditional, and for those golfers there are the 716 CB and the 716 MB irons. The CB irons feature a more compact design compared to the AP2 irons, but still feature some of the same technology. This includes the high density tungsten weights and a high-MOI club design. The forgiveness in the new CB irons is much higher (it’s MOI is 12% higher compared to the 714 CB irons) and should be on par with the previous version of the AP2 irons. Special attention has been paid to optimize the trajectory of the clubs by optimizing the CG height in each iron.

The new 716 MB irons are the ultimate players club. The clubs feature a modern High Muscle Design and have a squarer toe and a very thin top line. Titleist says that these clubs were inspired by the Titleist forged 680 series. While these clubs are not the most forgiving, the provide the most control and deliver a solid, forged feel for those who strike them well. 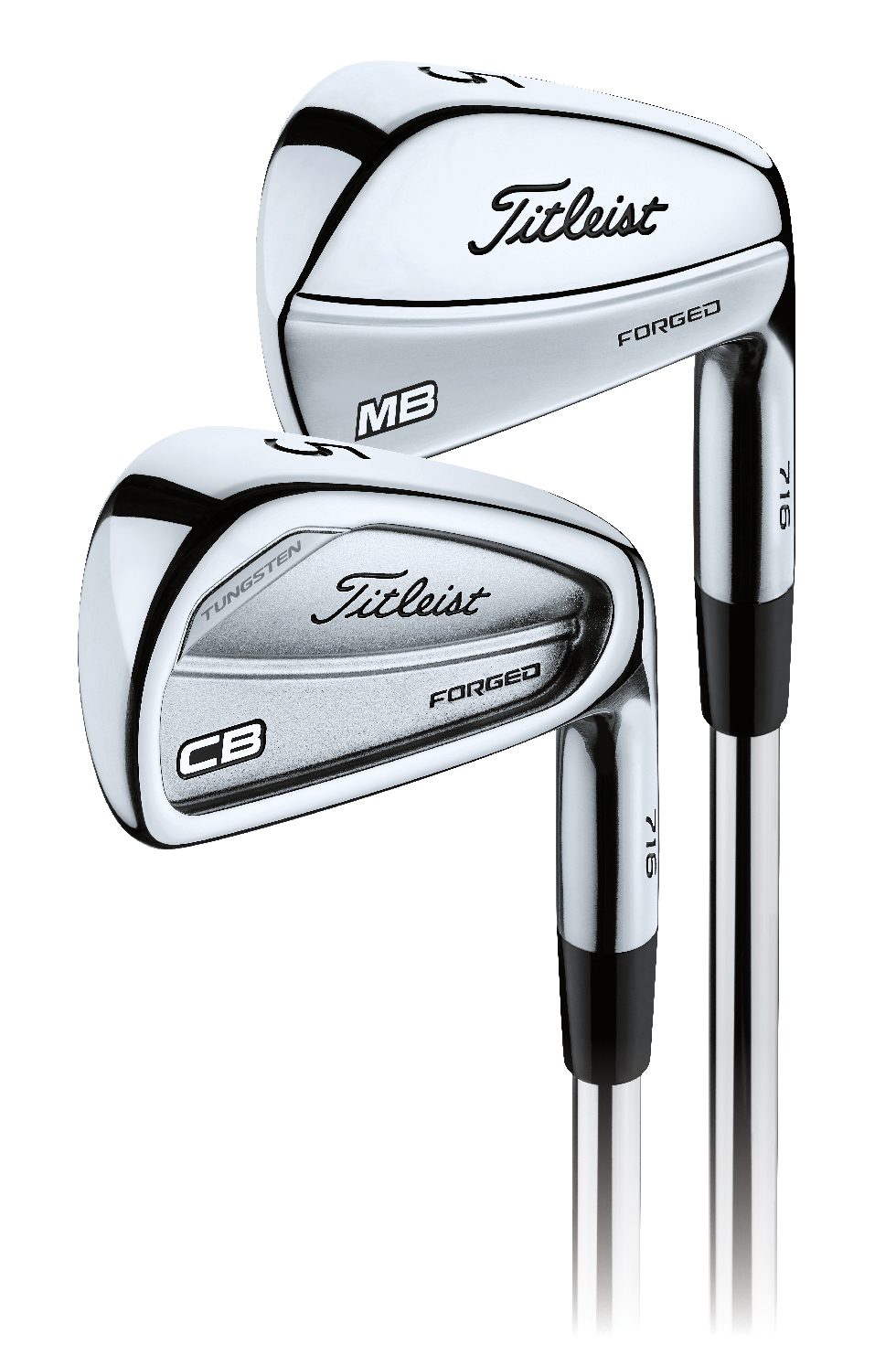 Both models feature a pre-worn leading edge to optimize turf interaction – there is less dig and a fast and smooth transition into and out of the turf.

Rounding out the new 716 series are the new 716 T-MB Utility Irons. Titleist says that these clubs provide the game’s most playable and forgiving utility iron performance through a sophisticated, high-tech construction. The clubs use a thin, 430 stainless steel body that is coupled with a high-strength Thin Fast Face. This face flexes more at impact and increases the launch and speed of the ball for maximum distance. The thin body also allows weight to be moved around to optimize the club’s CG. 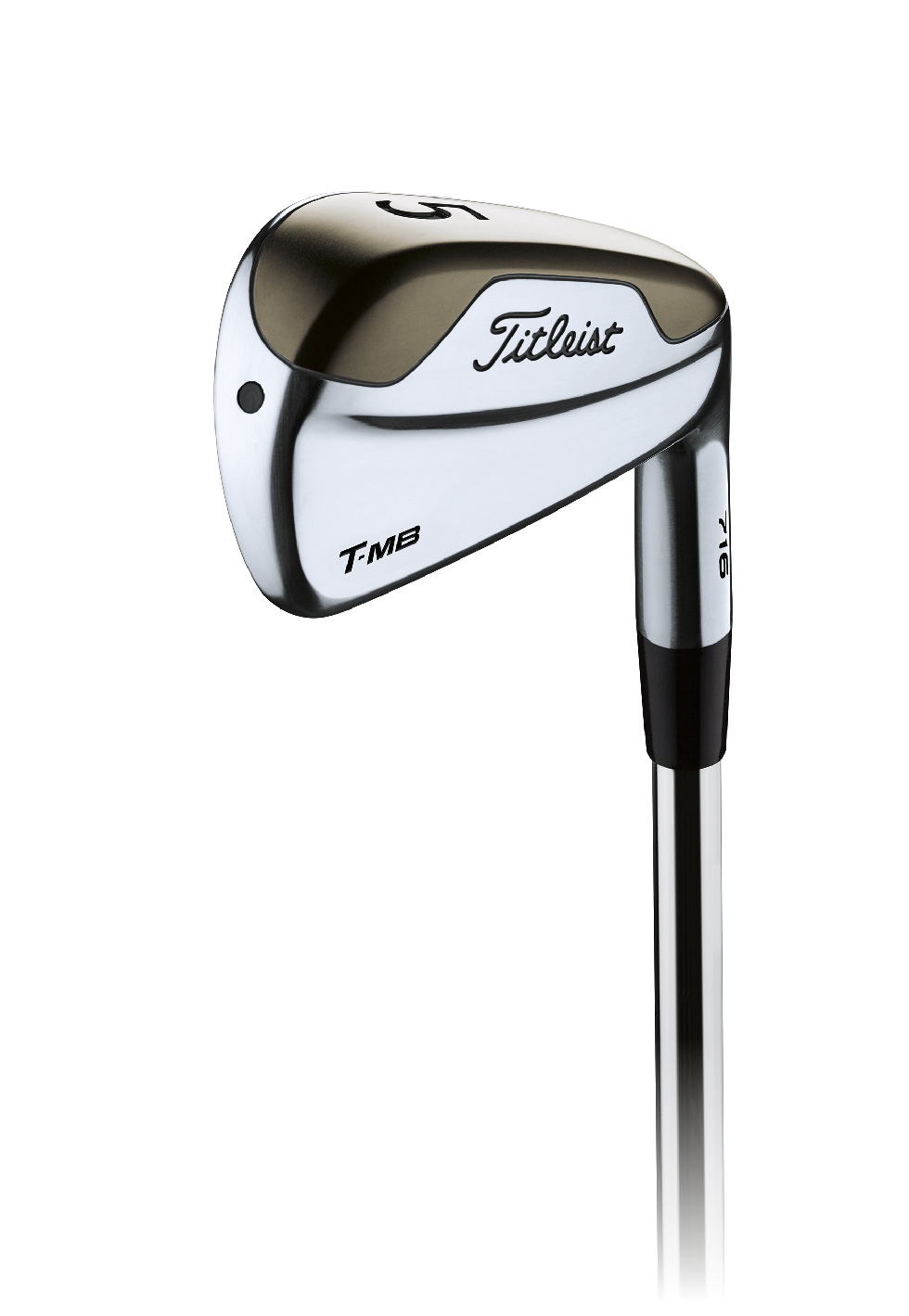 These clubs, as with the other sets, use high density tungsten weighting and have a high-MOI design. The unique thing about these utility irons, however, is that it’s not only long irons that will be available. Wile the 2-5 irons will be available come October 23rd, on the same day, golfers can order an entire set (2-PW) through Titleist MOTO.

Lastly, there are two new hybrids; the 816 H1 and 816 H2. The H1 model are high launching hybrids that fly farther and land soft. They are the larger of the two models and perform well from the rough. The H2 Model have a more compact shape and a slight offset for iron-like stop control. Players who tend to engage the turf more aggressively will likely prefer the H2. 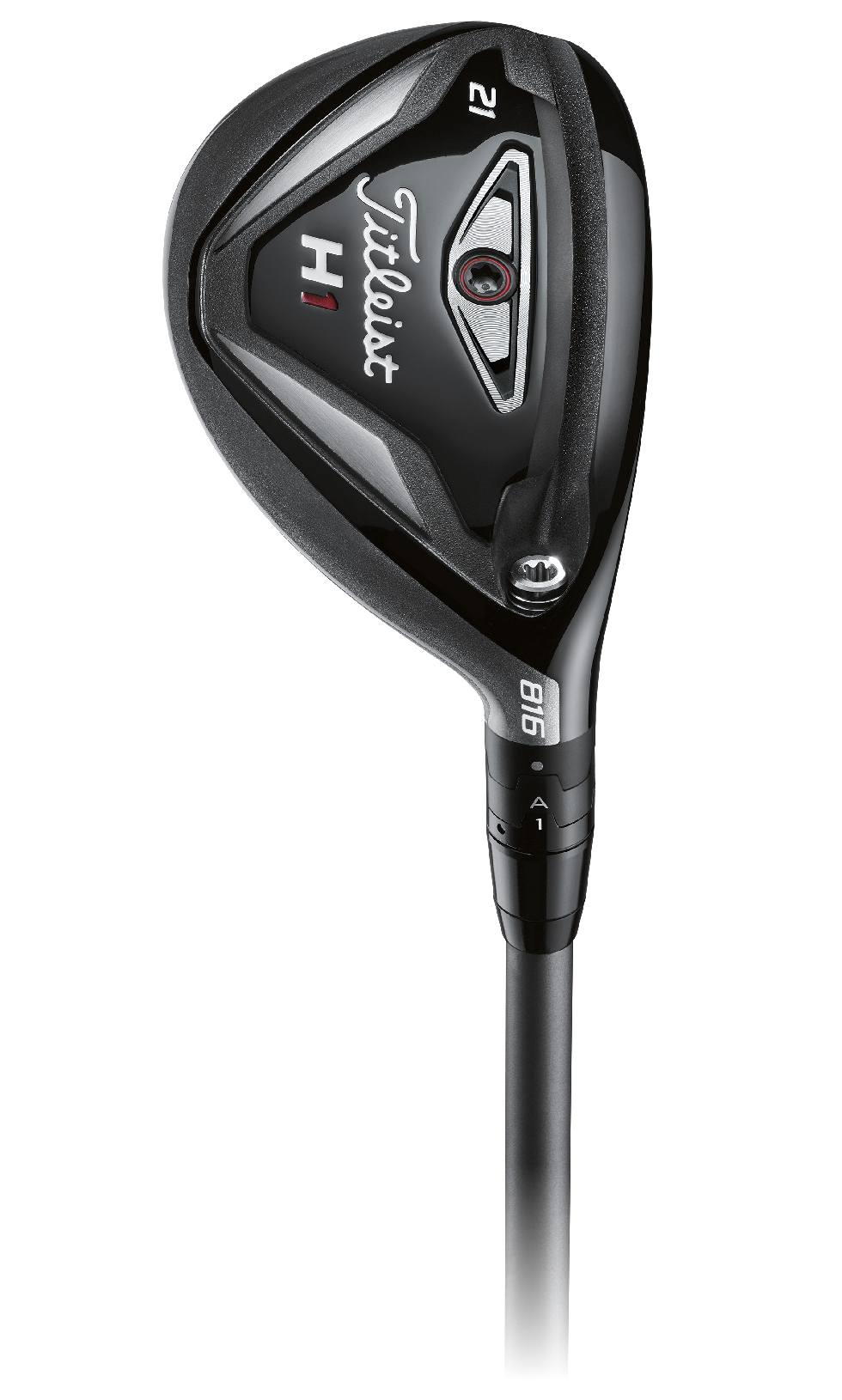 Both of the new models feature the Active Recoil Channel; a long,deep channel, that runs along the sole of the club close to the leading edge. This channel allows for the club face to flex more at impact and produce high ball speeds. Working in combination with the Active Recoil Channel is an Ultra Thin face constructed of high-strength Carpenter steel. This is the thinnest face to date that Titleist has developed. 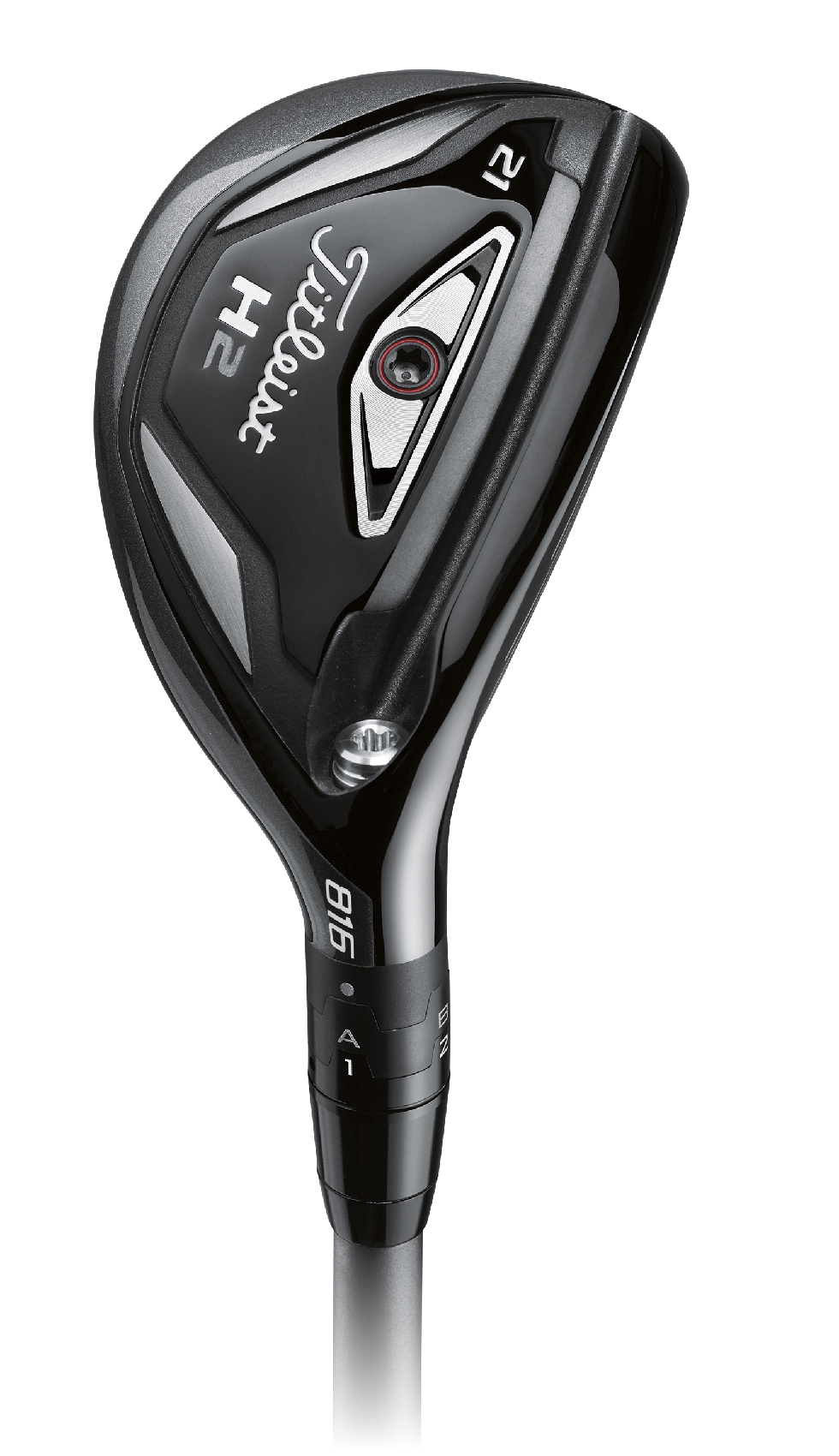 Titleist has also paid attention to distance gapping and offers loft choices every two degrees from 19° to 27°. Both models of the hybrid will cost $249 and will be available starting on October 23rd.