Are Tiger’s tantrums really that bad?

This is my first contribution to The Sand Trap and I want it to be perfect. I want to find a great topic and write a column that Joseph Pulitzer would envy. It should be exponentially thought provoking, even ground breaking. The last thing I wanted to do was to be safe and write about Tiger Woods.

Sorry, self. Maybe next week. This week I just can’t help it. I have spent days trolling through the forum reading post upon post about Tiger Woods and his on-course behavior. My eyes glued to the screen, chuckling and nodding in agreement with hundreds of posts. Tiger Woods and his occasional (or frequent, depending on how you feel about him) negative “antics” can’t escape me.

It’s an interesting and polarizing conversation. Tiger, like so many monolithic figures, is loved or hated. That’s part of what makes Tiger so interesting. Most end up on the “love” side, some people flat out adore him in a way that nauseates even his biggest fans. Some people respect him for his unfathomable talent, and some people love him because he is all they know of golf. There are those that dislike Tiger, too, but you can always say they just don’t like him because he’s number one. If you look at what we know of the world’s number one golfer, there really isn’t much to dislike about the guy. Tiger has an outspoken reverence for his father, is a true competitor, a philanthropist, a family man, and the man responsible for catapulting the sport we love into the stratosphere.

I discovered this week that there are a lot of people that don’t like Tiger Woods. Say it ain’t so! According to the Tiger Woods Foundation website, 10 million young people have benefitted from its programs. I’ll say that again: 10 million. How can the most dominant athlete of his generation (that has also helped 10 million youths) be disliked by so many? The only person I’ve ever really helped was my sister, and that’s just because my mother told me I had to put her Barbie playhouse together before I could ride my new bike.

How can anyone not like the guy? It doesn’t take much investigating to discover the reason cited by many: Tiger’s on-course behavior. It bothers some people a little, but others don’t like him at all because of what they see as boorish, entitled, and juvenile antics.

This topic has consumed me this week, and I’ve whittled the hating into five separate themes from the forum thread. Without further ado, those themes are…

Number Five: “A million guys can dunk a basketball in jail; should they be role models?” – Charles Barkley 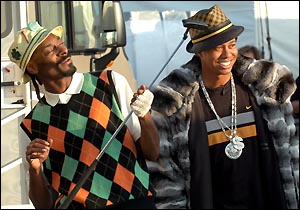 Many posts said that Tiger shouldn’t throw his clubs, swear, and generally act like a spoiled brat because he’s a role model. Ask Charles Barkley and he’ll tell you that athletes shouldn’t be role models. His reasoning is pretty sound. Just because Tiger can stick it to three feet from anywhere doesn’t make him a role model.

Of course, Tiger is sold to the public as a role model. He’s sold as one by Nike, by Dan Hicks, and virtually anyone else who writes or talks about the man. They write and talk about Tiger’s squeaky clean image, the “true competitor,” the family man, oh, and don’t forget those 10 million kids who are better off because of him. The truth is, if I had a son and his life’s ambition was to be just like Tiger, I would be okay with that. There really isn’t another person covered in the mainstream media that can hold a candle to Tiger and the way he carries himself off the course.

We just don’t want our kids to act like him on the course. He throws clubs, he swears, and often has what can only be described as abbreviated temper tantrums. When you take it all into account, and consider the massive coverage he garners during an event, the blow-ups are small, and kids are exposed much worse (probably by their own parents). Tiger the man is a perfect role model. Tiger the golfer when things aren’t going all that well… maybe not. Like Barkley said, parents raise their children, not he or Tiger Woods.

Number Four: I Think I Just Cracked my Head With my Putter!
Woody Austin asked, essentially, why he’s considered a hothead and Tiger is considered a “competitor” when they freak out. Clue to Woody: Tiger wins. Winners are revered. When you lose as much as Woody does compared to Tiger, it’s obvious that you aren’t as good. When a loser acts like an idiot, people assume they need to be committed to a mental institution.

The fire that made Woody Austin bend his putter over his head is the same fire that has led Tiger to 14 majors. It’s the same fire that has pushed every professional athlete. It’s unfortunate, but in our society winners get away with things losers can’t pull off. It’s not Tiger’s fault we put winners on a pedestal. It’s just a fact of life. I don’t think Tiger should be penalized for our country’s adoration of fame and success.

Number Three: What do David Bowie and Vanilla Ice Have in Common? Pressure.
Some commenters in the forum thread said that none of us know what is it like to be Tiger Woods; that Tiger’s antics stem from the immense pressure he faces every time he tees it up. He said that we don’t know how much pressure Tiger feels being… well… Tiger.

Forgive me, but what pressure? Pressure is having to finish in the top 125 to keep your card. Pressure is having to go back to Q School for the fifth time. Pressure is having to drive from Orlando to Little Rock to pay your own entry fee to play in a Hooters Tour event. Tiger Woods has the least pressure of any golfer in the world. He could walk away from the game and still be adored by tens of millions, still be regarded as the best ever, and never, ever have to worry how to feed his kids. Those that speculated that we don’t know what it’s like to be Tiger Woods, they were right. I have no idea what is like to be free from pressure. 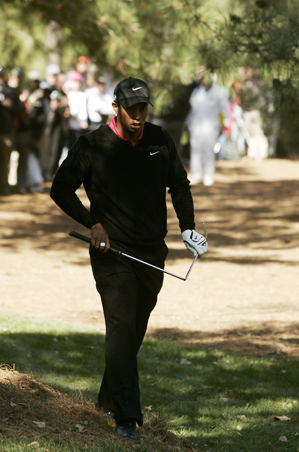 Tiger’s swearing was mentioned. A lot! I listed it here in the second slot due to its prevalence.

Swearing is as American as apple pie. It’s unappealing and distasteful. It’s sophomoric and unpolished and we all do it. Take your kid to an NFL football game and sit in the front row. Let me know what you hear from the sidelines. Grab a seat next to the dugout at Oriole Park at Camden Yards. I learned a few new ones there, and maybe even blushed a little. Little Gary the golfer has heard Daddy drop a few F bombs on the range.

The problem is that so many people can get so close to professional golfers. It’s rare to get that proximity in professional sports. I promise what Brett Favre says in the huddle is a lot worse, but you don’t hear people screaming for him to retire… Wait, well… you get the point.

Does Tiger owe us better behavior than every other athlete simply because we can hear him? Or do the networks share the blame here? You know they leave the mics open a little longer than they need to (or should) when Tiger’s the target.

Number One: ‘Ello Gov’na
I think the real problem with Tiger’s antics is that golf is a gentleman’s game. It’s a game steeped in tradition. It’s the only sport in which you call your own penalties. It’s the only sport that has rules defining etiquette. No matter how you twist it or what excuses you make, slamming your driver, throwing your putter, and cursing like a sailor do not live up to the traditions of the game.

I say we let it slide. Let’s appreciate the fact that we can be so close to these athletes for four days a week that we get to hear their frustration. I say it’s okay if Tiger fires a club into an AT&T emblazoned golf bag. I say let Tiger be Tiger and watch him as he marches into the annals of history. Let’s all appreciate the fact that we get to watch the greatest golfer in history every week, in person or on our televisions.

This article was written by guest author Brad Anderson. If you’d like to contribute, send us an email.