A little bit of Tiger news, an update on the LPGA Tour’s American resurgence, and a quick look back at the PGA Tour so far.

We’re in that weird low point that happens in the middle of every golf season. Post-Masters, post-Players, pre-U.S. Open; we’ve got all the anticipation of the beginning of the season without any of the knowledge that the end of the year brings.

And because we’ve got another few weeks until what is shaping up to be a Tiger Woods-less U.S. Open, there’s no one overarching golf story on which to fall back.

Instead, we get pop-interest stories like Rory McIlroy’s breakup, a Stanford University golfer using a push cart during a tournament, and a few nuggets from Tiger, with a bit of reflection on the year as a whole for good measure.

Number Five: Rory’s Wins European PGA Post-Breakup
If you haven’t already heard, Rory McIlroy (currently sixth in the Official World Golf Rankings) called off his engagement to tennis star Caroline Wozniacki just days before the BMW PGA Championship (possibly the most prestigious event on the European Tour). McIlroy rallied from seven shots back at the start of Sunday’s round to win at Wentworth, shooting a 66.

Third-round leader Thomas Bjorn found himself in trouble early in the round, seeing his five-shot lead slip away after a triple bogey on the sixth hole. Shane Lowry, who lost to McIlroy by one shot, was in contention all afternoon, though a double bogey on the 13th hole opened the door for Rory.

Rory won only once worldwide last year, at the Emirates Australian Open, which means that the BMW PGA is his first European or PGA Tour event win since switching to Nike equipment. 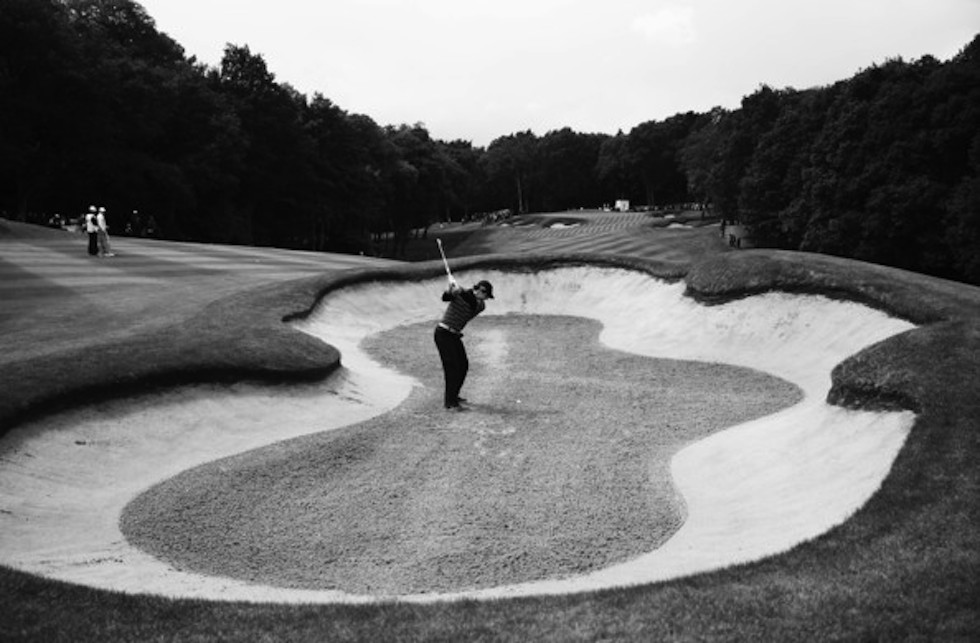 More memorable, however, was the news that Rory broke off his engagement earlier in the week, apparently during a three-minute phone call after seeing the wedding invitations. It’s been speculated that the breakup might have helped McIlroy win the event (something about a weight being lifted off of his shoulders, more time to himself, blah blah blah), though I’m more inclined to believe he’s simply rounding into form. McIlroy had, of course, finished in the top 10 in nine of his last 10 events, including strong showings at The Masters and The Players Championship.

McIlroy, already a U.S. Open champion, looks to be a frontrunner going into Pinehurst, especially with Tiger Woods still on the mend.

Golf Digest has a great piece online detailing the physical reasons why carrying isn’t always the best idea. For Wilson, who has had back issues, in particular, if the only reason to carry is vanity, he’s got all the incentive in the world not to.

The Golf Digest article quotes Dr. Neil Wolkodoff, a medical director at the Colorado Center for Health and Sports Science, who states that “people who push a cart have a lot fewer [health] issues, and a lot less potential for issues. The golf swing is tough on the back no matter how you look at it. If you can use a push cart and keep one more stress away from the back that’s a great thing.” Sounds good enough for me.

If Cameron Wilson’s goal is to play on the PGA Tour long-term, or even just enjoy golf as a fun activity for as long as he can, he’s got (as do we all) a pretty big reason to keep his back in the best shape possible. No one wins golf tournaments by looking good, but they do by staying healthy. (Just ask Tiger Woods.) I wouldn’t bemoan him or any other player for using a push cart.

And I, unlike Bo Van Pelt, am not someone who pays another human 10% of my income to carry my golf bag. 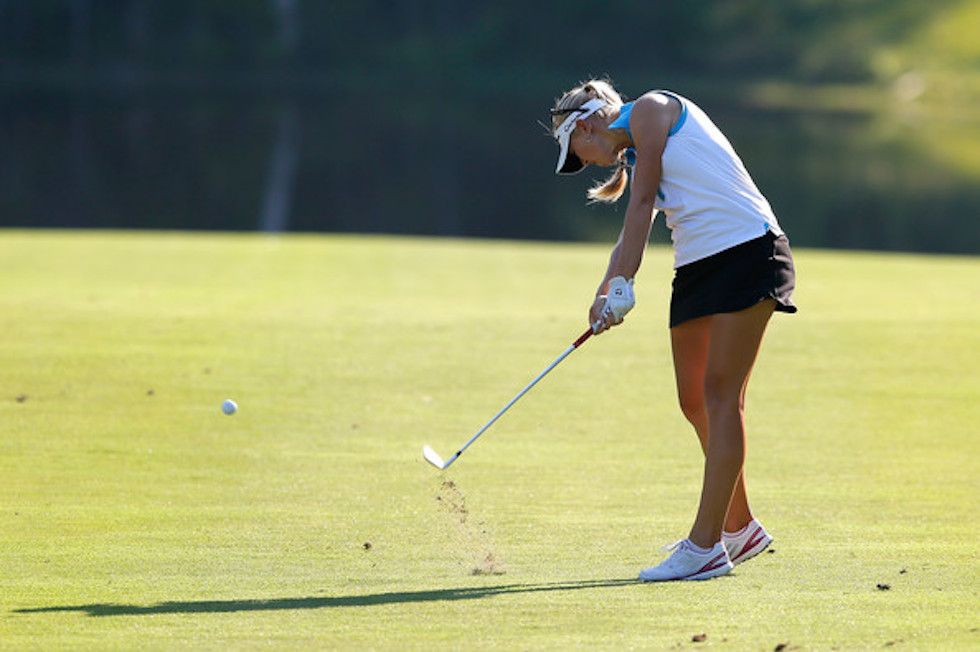 Number Three: The LPGA Tour’s American Resurgence
If you haven’t been following the LPGA Tour this year (and I don’t begrudge you for not), you might be surprised to learn that the first half of the season has seen a bit of an American resurgence.

You might say that it started last year with the emergence of Stacy Lewis, who won three times in 2013, including the Women’s British Open, and briefly ascended to the top spot in the world rankings. The 29-year-old Lewis has also won twice this year, and has been joined several younger counterparts.

21-year-old Jessica Korda won the season-opening event in the Bahamas, as well as the Airbus LPGA Classic just recently. Paula Creamer, winless since her 2010 U.S. Women’s Open victory at Oakmont, finally got back into the winner’s circle at the HSBC Women’s Champions. New Stanford grad Michelle Wie, who had also been winless since 2010, won at the LPGA Lotte Championship, and finished runner-up to possibly the LPGA’s brightest young star, Lexi Thompson, at the season’s first major, the Kraft Nabisco Championship.

The 2014 season so far has been one of the most interesting in recent memory despite the sport’s persistent lack of one true superstar in the wake of the retirements of Lorena Ochoa and Annika Sorenstam. Rounding out the list of winners so far this year are a pair of wins for the immortal Karrie Webb, two wins for Sweden’s Anna Nordqvist, New Zealand teenage prodigy Lydia Ko’s first win as a professional, and the first victory for Lizette Salas.

Former (until just a few days ago) world number one Inbee Park, who won the first three majors of 2013, remains winless.

Number Two: Tiger’s Back
Though Tiger Woods hasn’t exactly been busy recently, he’s been in the news a few times. He wrote a blog post early in May, and talked about the progress he’s made in his rehab, the challenge of missing The Masters (though he did say it “wasn’t as hard for me as you might think” simply because he physically would not have made it around the course), and stressed the indefinite nature of his return.

Woods (I’m assuming he wrote it, it does read very similar to the way he speaks) mentions girlfriend Lindsey Vonn’s rehab from the knee injury that knocked her out of the Winter Olympics, talks about putting contests with his kids, and provides an update on his golf course design projects. It was announced later that he would not be playing in the U.S. Open, which was not much of a shock.

But maybe the most surprising comment came during a press conference for the tournament he hosts at Congressional, the (newly-renamed) Quicken Loans National. 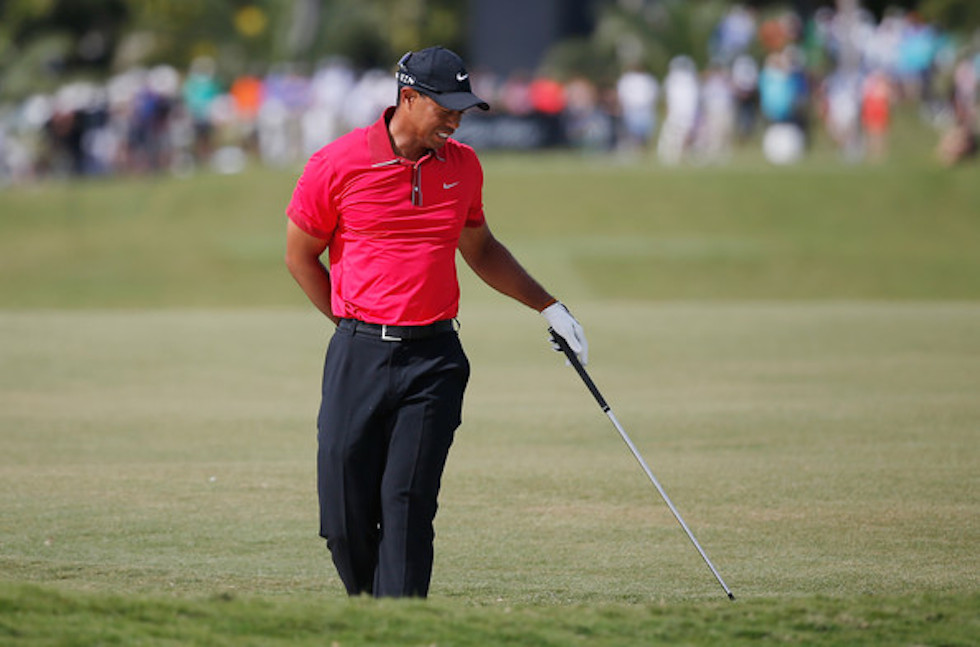 Talking about the back injury, Tiger said “prior to the surgery I didn’t think I’d have much of a playing career. Now I’ve had the procedure and I’m excited about my career.”

That’s a pretty forthright statement from the generally tight-lipped Woods, and might reveal just how bad the injury was. For an athlete, let alone one as famously competitive as Tiger, to say that a pinched nerve had him questioning his place in a sport he’s played since he was in diapers is rather telling. He’s not saying he was questioning whether or not he’d play at Valhalla, or that he thought his chances of passing Jack Nicklaus were dwindling; he’s saying he thought he might have had to give up the game entirely.

As he said later in that interview, “back injuries are no joke.”

Number One: The Year of the Comeback and the No-Name
You can corral almost all of the winners on the PGA Tour in 2014 into two categories: no-names, and players making a comeback.

But some of the year’s comeback stories have been a bit of a saving grace.

J.B. Holmes was one of the most fun golfers to watch for a few year in the late-2000s. He won the Phoenix Open twice in 2006 and 2008, and played some great golf during that year’s Ryder Cup. Despite an extremely short backswing, he’s always hit the ball a long way. His short game and putting (Holmes has toyed with long putters and has occasionally had his caddy line him up) held him back somewhat, but when you’re consistently 30 yards closer to every green than the competition, the game opens up a bit.

2011 was a trying time though. Having gone several years without a win, Holmes began experiencing symptoms of vertigo. He withdrew from the PGA Championship that year, and was diagnosed over the ensuing weeks with structural defects in his cerebellum. He underwent brain surgery in early September, and had to go under the knife again later that month when it was discovered that he was allergic to an adhesive used in the surgery. 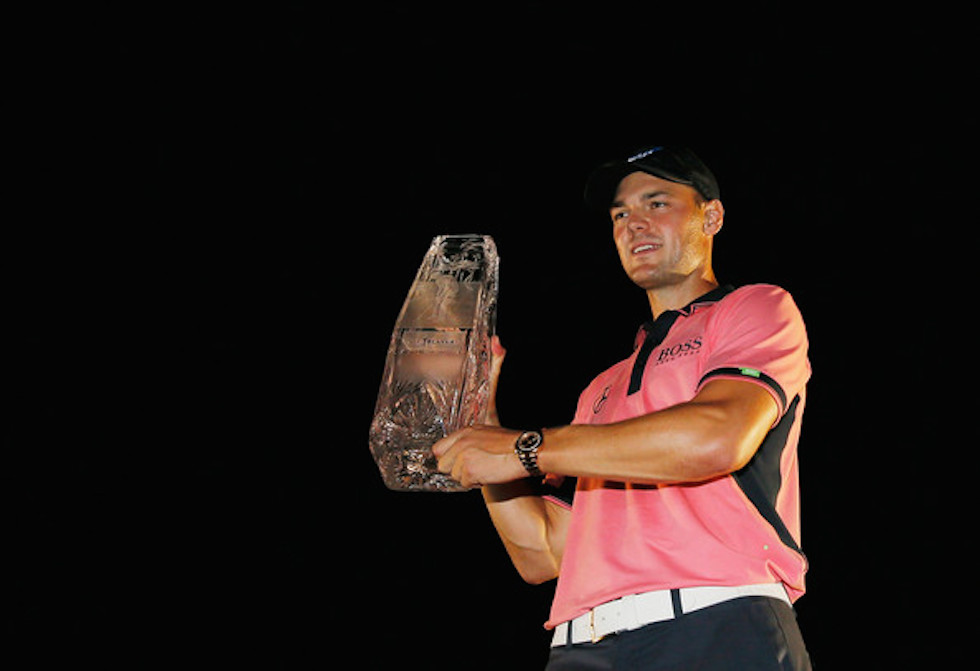 He played scaled-down schedules in 2012 and 2013, partly thanks to other injuries that popped up. Holmes ended up winning this year’s Wells Fargo Championship at Quail Hollow, which granted him entry to The Players Championship, the PGA Championship (at Valhalla in his home state of Kentucky), gave him PGA Tour status for the next two and a half years, and bumped him up nearly 200 spots in teh Official World Golf Rankings.

Martin Kaymer may not have the same story of heartache (err, well, brain-ache), but it’s been almost as long since we’ve seen him win on Tour. Kaymer was the surprise winner of the 2010 PGA Championship thanks to Dustin Johnson’s inability to read or recognize sand, and would later ascend to the top spot in the world rankings. But swing changes and a prolonged slump threw him off his game, and Kaymer had been winless since 2011.

Kaymer, who has been a full-time PGA Tour member since 2013, ended up winning The Players wire to wire over Jim Furyk. It remains to be seen if he can return to being the force on Tour that he once was, but I’m not sure I’d bet against him.

Closing and Your Thoughts?
I’ll admit that this hasn’t been my favorite year to watch golf. Not having Tiger hurts, and I’m certainly less likely to spend an afternoon watching when the field is a bunch of no-names. But I’ve been having a good time getting more into the women’s game, and I’ll always find something to keep my interest.

So what about you guys? Has this season been a bit of a bummer, or have the new faces just drawn you in deeper?