Why I’m excited about where the sport is headed.

And sure, there are some reasons to be a bit turned off by golf. It’s as expensive as ever, it can be painfully slow, and gone are the days when use your gut as a third hand while putting (if you’re into that sort of thing), but there are even more reasons to be optimistic. We’ve got two players who tower over the rest of the field (plus a select group of more-than-competant runners-up), the majors are all entertaining, and the Playoffs won’t take a plead from the President to work (unlike the BCS).

It’s fun to follow sports on a week-by-week basis, but it’s also valuable to take a step back once in a while. Let’s dive in.

Number Five: Golf Stats are Sane
This past baseball season, Detroit Tigers third baseman Miguel Cabrera accomplished something that hasn’t happened since 1967: he led the league in home runs, RBI, and batting average. But he faced a similarly competent opponent in the MVP race: Mike Trout, rookie center fielder for the LA Angels. Despite spending almost all of April in AAA, Trout recorded the highest Wins Above Replacement value for any non-steroids player since 1975.

The MVP debate has only widened a divide among baseball fans and writers that was forged with the writing of Michael Lewis’ Moneyball. The old-school fans and writers have been pitted against the new-schoolers in a battle over what matters and what doesn’t matter when it comes to numbers. The new-schoolers have used stats like WAR, UZR, and OPS+ to deduce that Mike Trout was more valuable to the 89-win Angels, while the old-schoolers hold up the holiness of Cabrera’s Triple Crown and the fact that his team made the playoffs to say that he mattered more to the 88-win Tigers.

This lead to a long, messy debate filled with sarcasm, self-righteousness, and plenty of ignorance. Cabrera eventually walked away with the award, but not without protest. 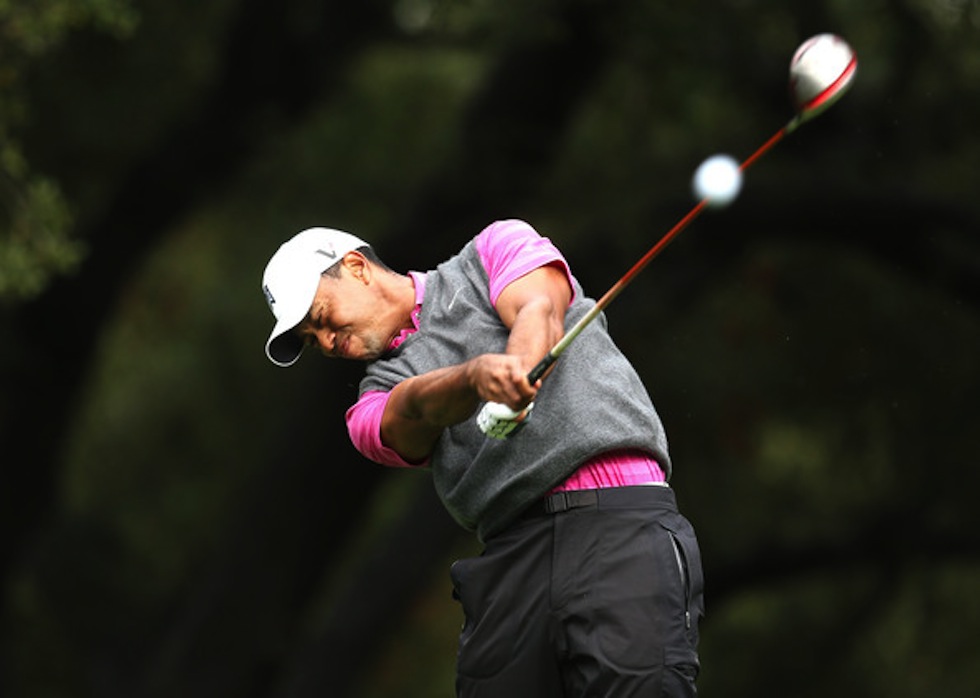 Golf, however, has been quick to adapt new statistical methods where they have proved valuable. The PGA Tour began implementing its ShotLink data-collection method in 2001, and since 2002 nearly every shot has been databased by the Tour. While some scientific methods have been slow to catch on (Trackman, correct ball flight laws, etc.), statistics like putts gained have been quickly accepted as a method of tracking putting independent of ballstriking without the old vs. new style of debate that has plagued many other sports.

Number Four: Tiger and Rory
2012 was an odd year in professional golf, in that two players clearly separated themselves from the rest of the pack but neither of them possessed the dominance that we’ve grown accustomed to seeing from our best players.

Rory McIlroy won the Honda Classic early on, but some shaky mid-season play had some wondering if he might not still be the guy who dominated the 2011 U.S. Open. McIlroy turned that around at the PGA though, with a convincing eight-shot win, and he didn’t look back, winning two Playoff events en route to a lead in the PGA and Euro Tour money lists. Tiger won three events in the late spring and early summer, and contended at the last three majors.

Rory lead the PGA Tour in wins, with four, and Tiger was second with three. Several players had two wins (Hunter Mahan, Zach Johnson, Jason Dufner, and Brandt Snedeker), but no one played with the consistency of Tiger and Rory.

This would seem to bode well for the near future of the sport. Tiger will spend the rest of his career chasing Jack’s record, and whether or not he gets there it will be interesting. Rory is already two majors towards forging his own promising career, and might end up playing the Watson role to Tiger’s Nicklaus (or the Nicklaus role to Tiger’s Palmer).

Number Three: The Majors in Good Shape
The four majors these days are occasionally underwhelming, but from where I’m sitting it would seem that we’ve gotten to the point where all four have stabilized at sensible levels. 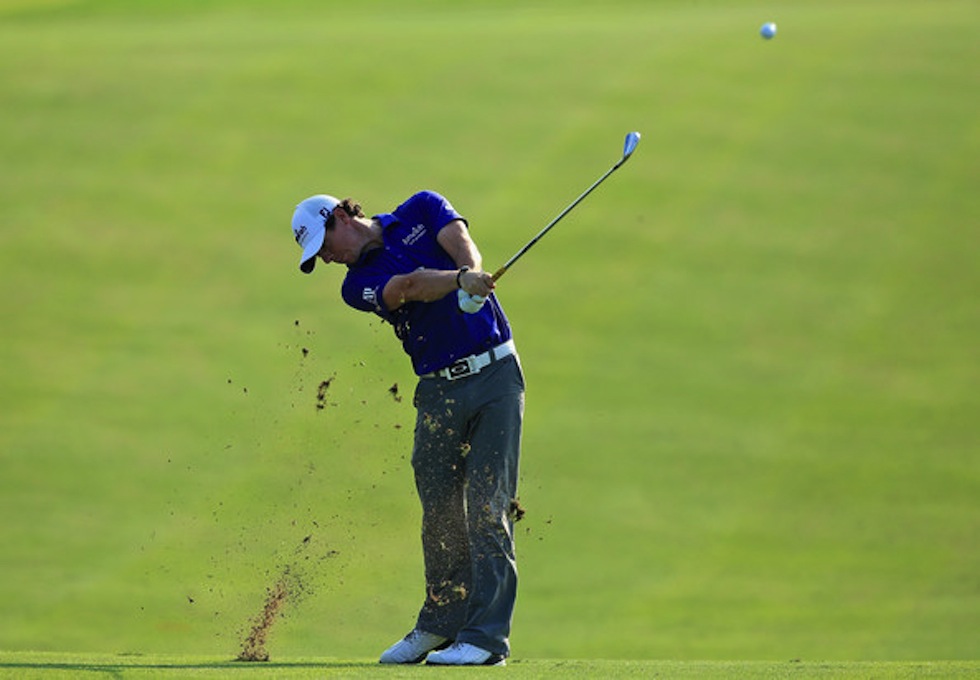 The Masters seems to have stopped trying to be the U.S. Open Presented by Augusta National. That is, they’ve decided that below-par scores are fine, and players don’t have to be visibly weeping as they give their post-round interview under The Big Oak Tree. It might not be perfect, and the course’s members might never give up the lust for making the course more and more difficult, but they’ve certainly slowed down.

The U.S. Open might be in the best position of all. USGA executive director Mike Davis was almost universally lauded for his setup at the Olympic Club, and upcoming Opens at courses like Merion, Pinehust #2, Oakmont, and Shinnecock Hills should have the USGA in the mode of simply not screwing things up. Davis and Co. seem to have found out how to make the final score above-par while still keeping the setup fair, and if they truly have, we’ll be in for years of great golf.

The British Open is in a similar position. It’s a great tournament, it has been for a while, and there’s no indication that that will stop any time soon. They have a great rotation of courses including St. Andrews, Carnoustie, and Turnberry, and we even found out this year that a lesser-known course like Royal Lytham and St. Annes could produce an interesting tournament.

A lot is written every year about how the PGA Championship is lacking an “identity,” and while it’s true that they don’t have anything specific to hang their hat on, they seem content with fielding a strong group of players and simply producing great golf tournaments, and that has shown in some of the recent finishes. The PGA has been played recently on two types of courses lately: those that are relatively new to the world of major championship golf (Whistling Straits, Valhalla, Kiawah, and the upcoming PGA at Quail Hollow) and former U.S. Open courses (Medinah, Southern Hills, Oakland Hills, and the upcoming Oak Hill) that have been toned down slightly. They’ve demonstrated that both can work.

Number Two: Golf Drivers
If you were to divide the more recent history of golf drivers into specific eras, three jump out as the most obvious: persimmon, steel, and titanium. We are currently in the latter, of course, but it’s been a while since the last hands-down, 100-percent adopted innovation in golf. We had the wave of ever-growing clubheads that resulted in the 460cc limit, the CoR has been maxed out at .83, and the MOI surge also forced the USGA and R&A to place a limit on that.

The carbon composite boom has come and gone (save Callaway and Cobra), and advanced aerodynamics have only been pursued in ernest by a few OEMs. The same goes for moveable weights and sole plates, as well as different colored crowns. The only innovation that has been accepted nearly across the board is adjustable face angle. 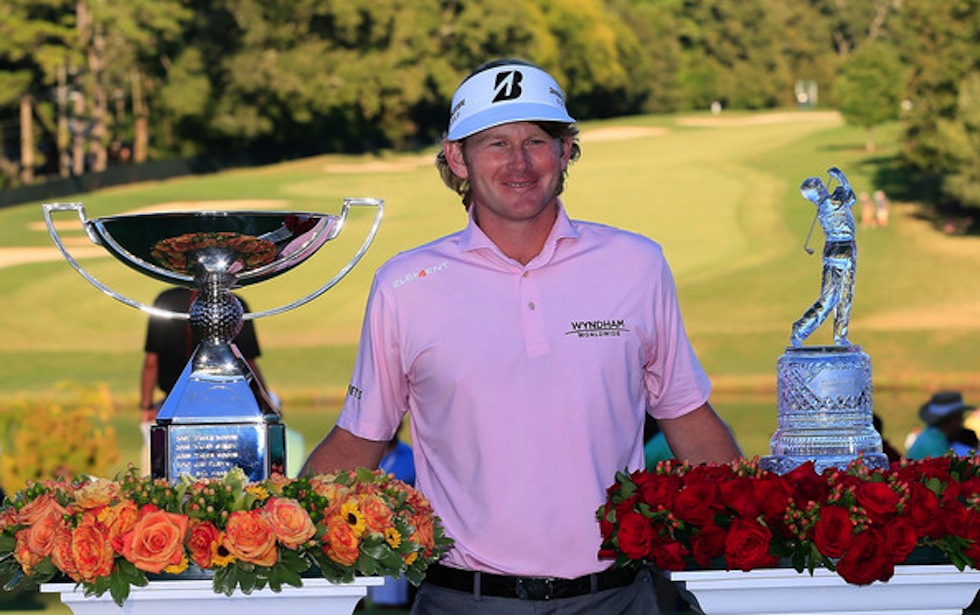 The driver industry is in an odd place where all of the low-hanging fruit has been at least tried, so we’re beginning to see manufacturers taking big swings. Some of them have hit (TaylorMade cramming 10 years of trying things into two drivers with the R11S and RocketBallz), while some have been relative failures (Nike’s recent less-than-great offerings). Eventually we will see some features that stick around, but for now it’s fun watching everyone try to be the first to come up with the next big thing.

Number One: The Playoffs Work
Several of the major sports in the U.S. are messing with their playoff structures, but the PGA Tour seems to have gotten it right nearly from the get-go. Despite a few early points-value tweaks, the FedExCup just makes sense, not only as a way to get more of the world’s best players playing longer into the season, but also as a way to designate a champion golfer for the year. Just like with most sports, the FedExCup champion is not necessarily the golfer who was the best from January to October, but the one who put himself into a good position and then caught fire when it really counted.

What we are seeing with Major League Baseball and the NCAA BCS is essentially an attempt to give more teams a chance to win a structured playoff bracket. MLB wants to keep potential wild card teams in it longer, and the BCS is looking establish a four-team system where the discrepancies between the subjectivity of the coaches polls and the objectivity of the computer system are played out on the field.

The PGA Tour, however, is lucky that 125 players can be in the field at the same time, and they’ve found a great way to whittle it down just enough while still making the final event meaningful.

Closing and Your Thoughts?
The 2012 season might not go down as one of the all-time great years, but it certainly wasn’t a stinker. I suppose you could call this year “transition,” in that we don’t really know how many years Tiger and Phil have left, we’re not quite sure if Donald and Westwood want to grab the torch, and (despite his amazing last few months and deserved POY win), Rory McIlroy still hasn’t proven that he can win week-to-week.

But, above all, I’m excited for where the sport is headed. Are you?