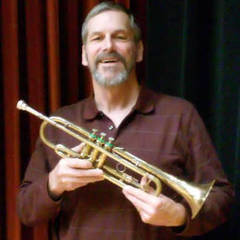 Does Anyone Grip a Putter Like I Do? (Variation of Reverse Overlap)