Callaway GBB and Epic Taken to the Range… "Wonky"? 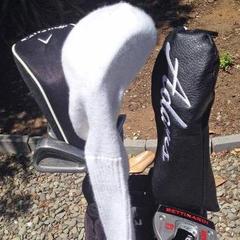