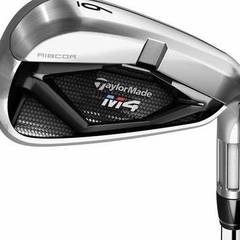 Annoying Habits on the Practice Green

By mclaren4life, June 5 in Golf Talk