Why Do You Play Golf? 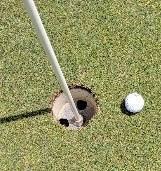