What Priority Would You Give to These Golf Buddies? 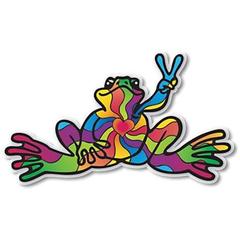 By PeaceFrogg,
March 22 in Golf Talk