Anyone Else do an Upright Swing With High Hands? 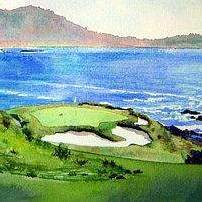 By k4y,
April 18 in Instruction and Playing Tips