Is Walking Your Dog on Golf Courses Dangerous? 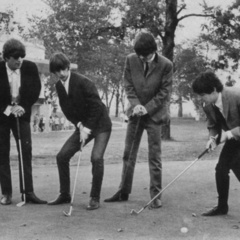