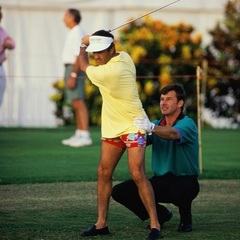 Need Some Advice on Playing Golf With Higher Handicappers