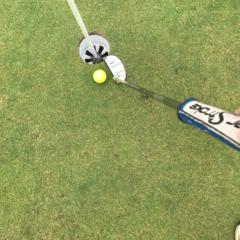 Embedded Balls in the Lip or Wall of a Bunker