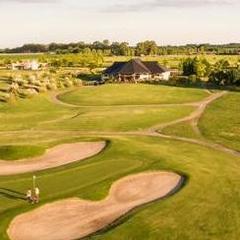 Driving Range to the Course - When?

By Rodoalo, March 11, 2019 in Instruction and Playing Tips