Rounding out the J40 line is two new sets of irons, one for the low handicapper and one more geared towards the mid- to low-handicapper, as well as new wedges, which are offered in two finishes and a number of loft options.

Last week’s Bag Drop was only half the story, as we covered Bridgestone’s two new J40 drivers, as well as the fairway woods and hybrids of the same name. Not covering their new J40 forged cavity back irons, pocket cavity irons, and wedges would be like covering the original release of Pearl Jam’s Ten and talking only about Jeremy, Alive, and Once, while completely ignoring the greatness of Release, Porch, Evenflow, and Oceans. By the way, happy 20th anniversary, boys.

Anyway, I digress. The J40 drivers, fairway woods, and hybrids really only tell half the story or – maybe more appropriately – they only get you halfway to your target (that being the bottom of the cup, and yes, I know technically, you can hit one of the long clubs on a par 3 or short par 4, but work with me here). To get you the rest of the way, Bridgestone is also releasing two new models of J40 irons, along with a variety of wedges to complete the set. So with that in mind, lets take a look at them!

J40 Irons
The J40 irons come in two different models that, like the pair of 445cc and 430cc drivers, seem to be targeted to the mid- to low handicap player. Before I get to the details of what you will see, here’s what you won’t see – the thick toplines and excessive soles of your garden variety game improvement irons. Even the J40 Forged Dual Pocket Cavity irons, which are obviously the more forgiving of the two, have a very clean appearance with traditional toplines. 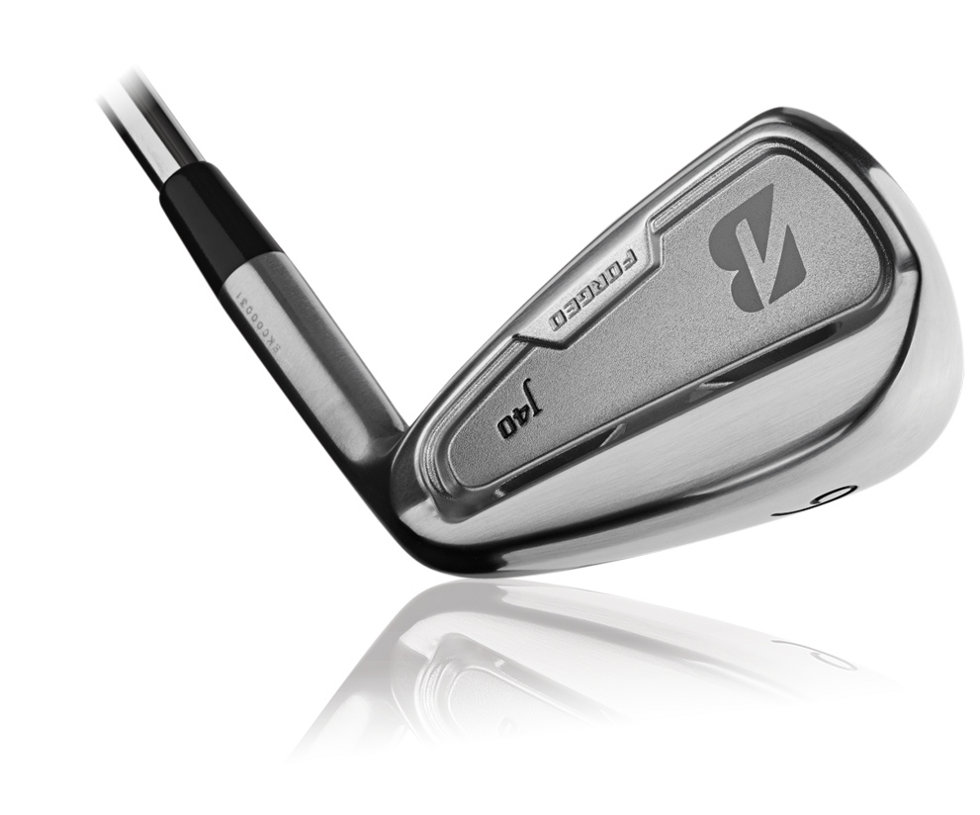 Built on the weight management system found in Bridgestone’s previous irons, the new Forged Dual Pocket Cavity irons have been essentially designed for the player that wants exquisite feel, classic aesthetics, and a little extra help in squaring the face and making perfect contact. Forged out of 1020 mild carbon steel, these new irons offer a midsize head that produces a mid- to high launch along with a new dual pocket cavity design that increases stability at impact. That increase in stability is the result of more discretionary weight being moved out to the perimeter of the club head, and increases MOI above and beyond that of previous models. The leading edge relief has also been improved in order to help prevent excessive digging on softer fairways. 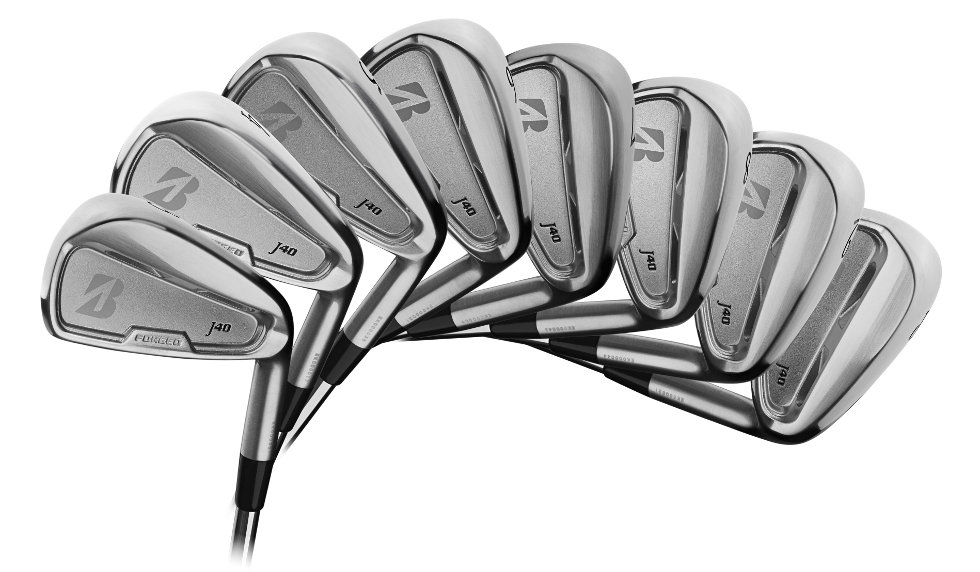 The other iron option in Bridgestone’s new stable is the J40 Forged Cavity Back (also using 1020 mild carbon steel as the material of choice for this forging), which they have described as “the ultimate balance between form and function”. It should come as no surprise that the J40 Forged CB iron has a very traditional, strikingly classical and clean appearance. At address, the player sees a nice, thin top line with no unnecessary baggage. Of course, as they always say, beauty is only skin deep. Luckily, there are a number of key design features that make the J40 CB more than just a pretty face. They started with a compact head with a higher face progression, which allows for a mid-trajectory launch. They also use a unique v-cut cavity design, which places more mass higher up the clubface. In turn, this results in a higher center of gravity which equates to a more controllable, penetrating ball flight. On the bottom side, we find a tapered sole design which allows for more versatility in shot making, and giving players to shape their shots more easily. The aft edge has been enhanced, giving better performance from a wide range of lies including heavy rough. 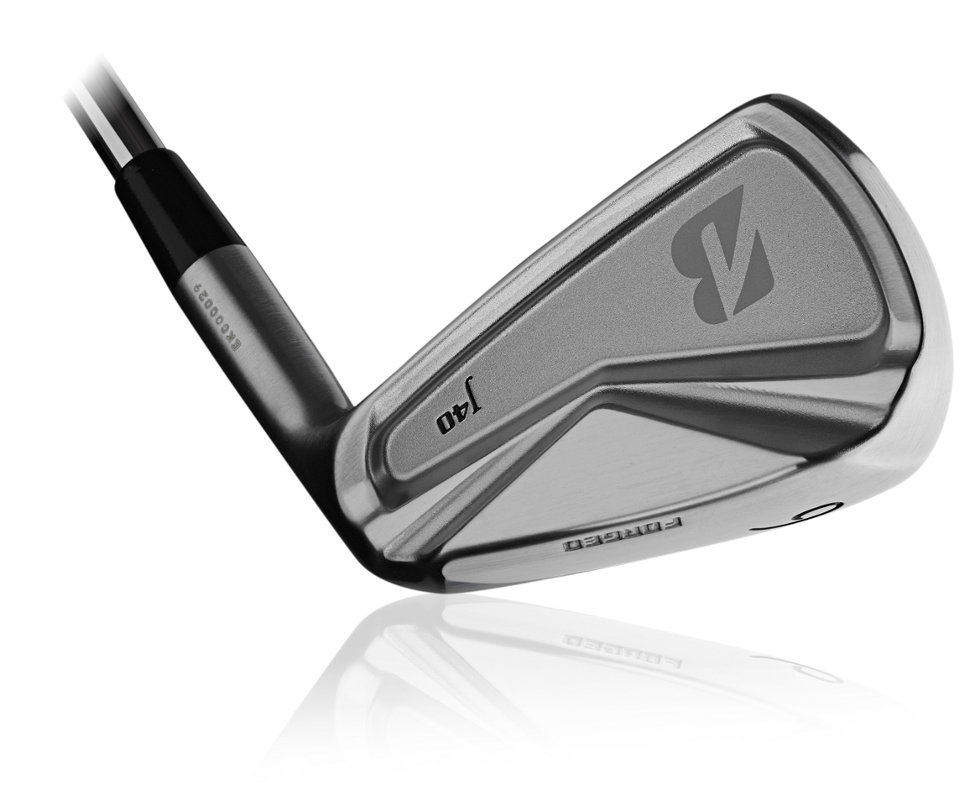 Both models of J40 irons go with the Project X Flighted shafts as the stock option and each set is composed of 5i thru PW. Both a 3 iron and 4 iron are available as well as separate purchases (at an addition $115) each, though the standard set should run in the neighborhood of $699. Look for them to hit stores this October. 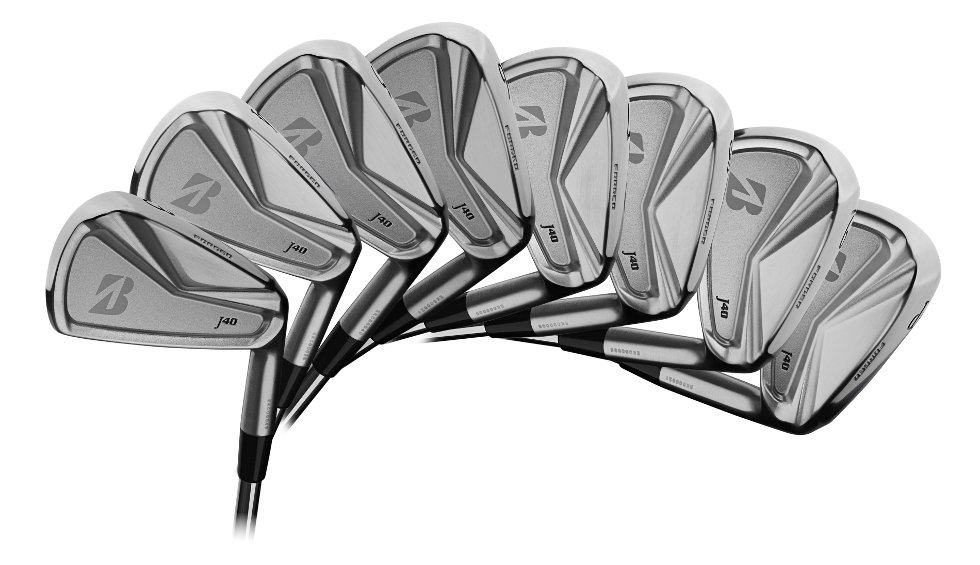 The J40 irons deliver on everything iron enthusiasts have anticipated from our new launch and continue what has been loved about our product from the J33 series onward. With the J40s, we now offer even better performance and cleaner aesthetics. The J40 series truly reaffirms that Bridgestone is THE brand of choice for premium iron enthusiasts.

J40 Wedges
Wrapping up the J40 family is a number of new wedges, which have been designed with optimum spin and control in mind. There’s a lot to be excited about here, with these J40 wedges making use of a number of technologies, such as Bridgestone’s Variable Bounce Technology, True Temper Dynamic Gold Spinner shafts, and two great finishes. 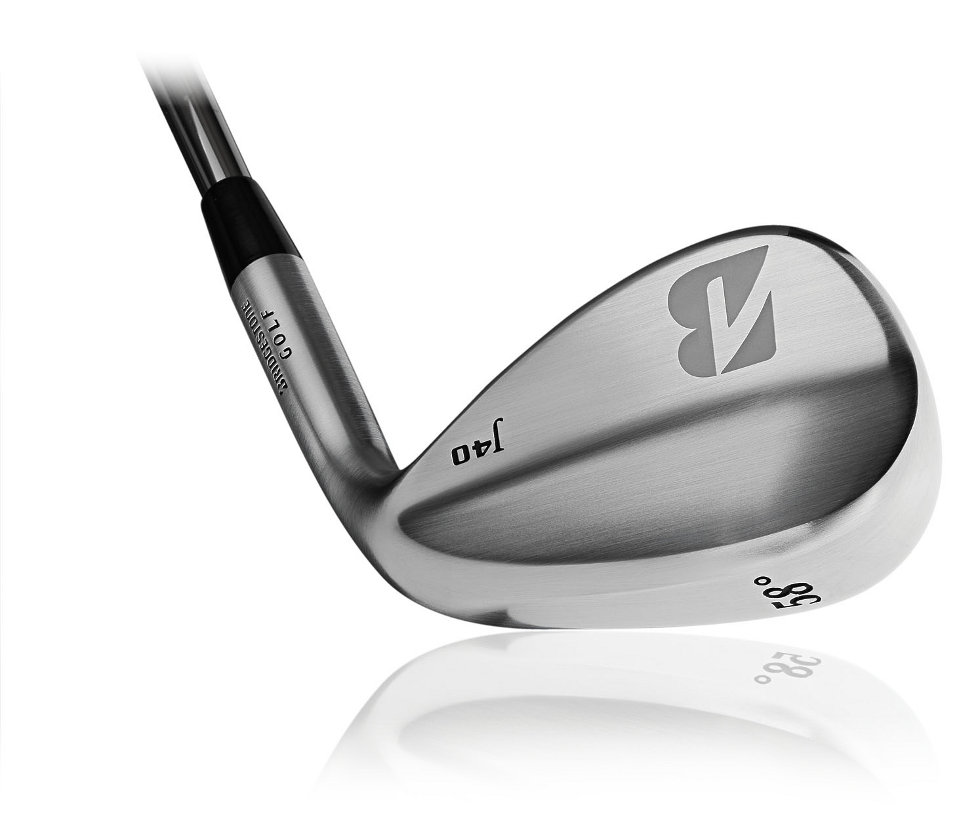 The Variable Bounce Technology found in the sole helps the J40 wedges produce a more precise shot from any number of turf conditions while the Dynamic Gold Spinner shaft combined with conforming grooves equate those shots from the rough will hit the green with minimal rollout.

Among the other features are a compact head (composed of 8620 soft mild carbon steel) for optimized shot precision, and an increase in surface roughness (from machine milling) which produces the maximum amount of spin from the conforming grooves.

The J40 Wedges offer a design that will appeal to golf equipment purists, with a clean, classic look and consistently precise performance. With the choice of Black Oxide or Satin Chrome, golfers can feel confident over shots with a club that suits their eye. 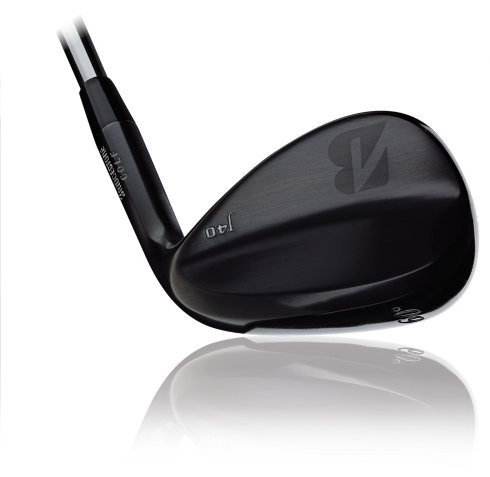 As mentioned before, the J40 wedges come in two different finishes. The first is Black Oxide which reduces glare at address and eventually develops a light coat of rust over time. On the flip side, the Satin Chrome finish offers a bright, rust resistant finish. The J40 wedges are offered in a number of lofts, ranging from 52° up to 60°, stepping in two degree increments. The street price is set at $109 per wedge and you can expect to see them in stores in October.