Each year, Titleist alternates between releasing woods and irons. This time around, it is the 915 line; the most advanced woods the company has ever produced.

While some golf companies go the route of bombarding the customer with release after release, Titleist takes the opposite approach and sticks to a two year product cycle with woods and irons alternating years. While that means that there is often a product from a competitor with more current technology, it gives Titleist the opportunity to do its due diligence and figure out what technologies work, which don’t and then bring debut a lineup that will hold its own for a couple years. It wasn’t until the 910 line of clubs that Titleist added an adjustable hosel, which was quite a while after competitors such as TaylorMade and Callaway had done so; however, Titleist took the time to do it right and the hosel they created is regarded by many to be the best of the bunch; an opinion which is further supported by the fact that four years later the company is still using the same one and is no essentially being used by Callaway (just a minor tweak to their version).

With the 915 woods, Titleist has its most featured packed set of clubs. While most of the technologies are ones that we’ve seen in one version or another from the company’s competitors, you can be sure that the company has done it the right way.

At the forefront of the new 915 line up are two new drivers. Sticking to the naming that Titleist clubs have used since the 907 series, there is the larger, more friendly, D2, and the more compact D3. In addition to the big sticks are new fairway woods, and like the 913s, they come in both the F and Fd (deep) models. Rounding out the new 915 line-up are new hybrids. 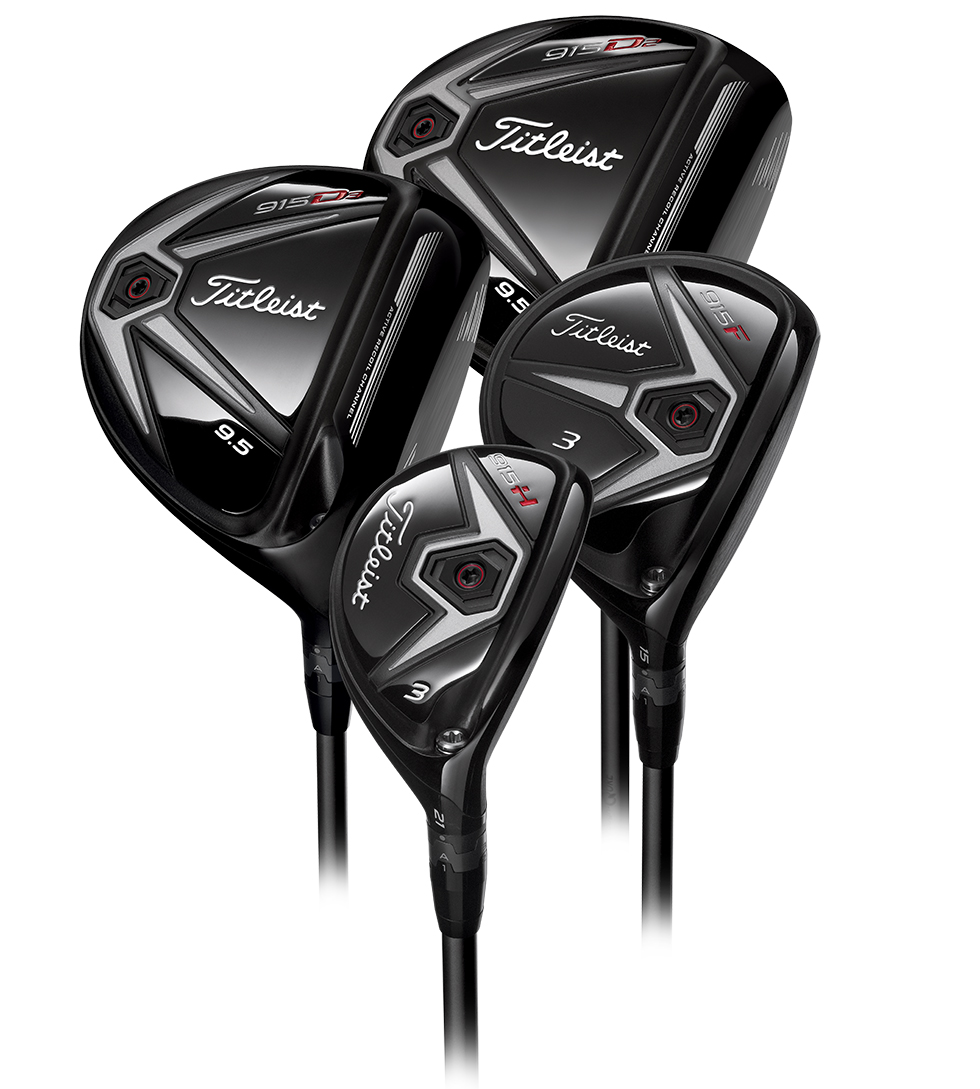 The mantra for the new line of drivers is “Distance Without Compromise,” something that the company believes it has achieved through new some new technology. The first of which is the Active Recoil Channel, which is a long, wide and deep channel found on the clubs sole towards the face. The channel actively flexes at impact and recoils helping the golfer achieve a higher launch with less spin. The company also understands that faster ball speeds lead to more distance, and its Radial Speed Face helps with this as well. This high-speed forged face insert has a radially thinner perimeter in the heel and toe, and in conjunction with the Active Recoil Channel helps to increase ball speed on those not-so-perfect strikes. 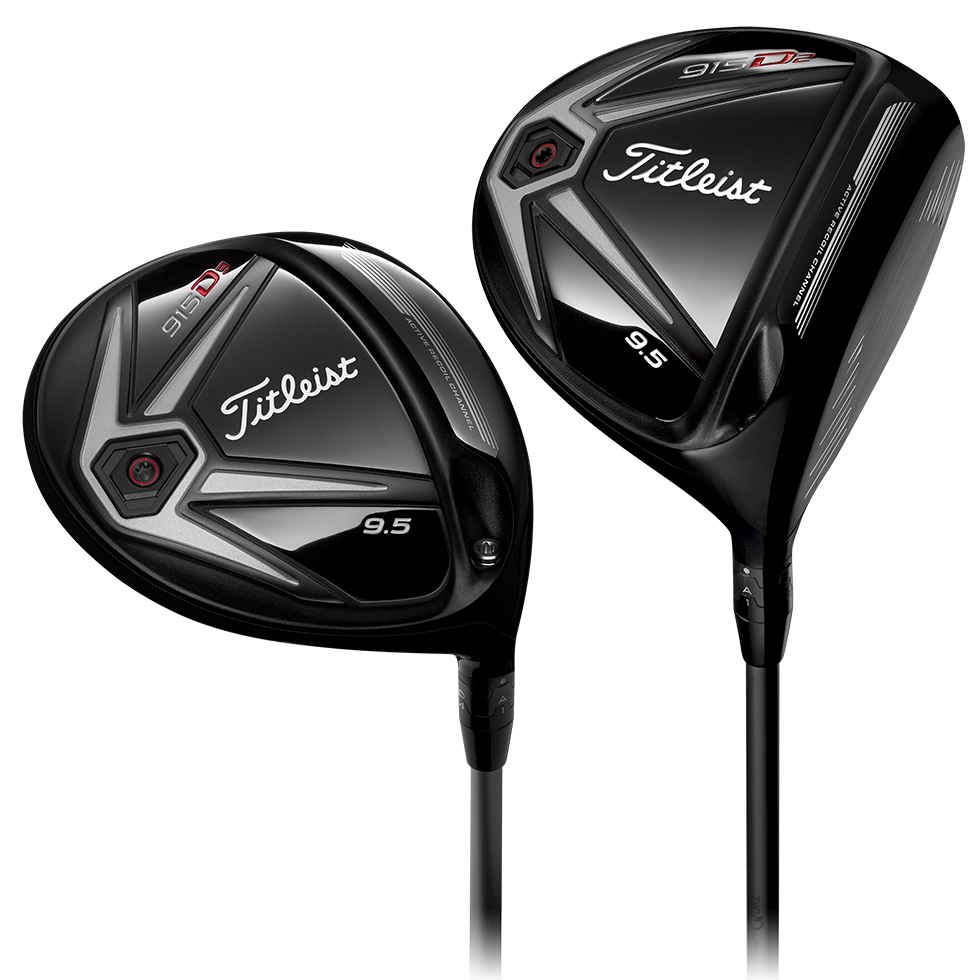 The club also has a high-MOI which is achieved through a center of gravity that is low and deep in the club. This further aids in the forgiveness department by delivering more stability and preserving ball speed on off center hits. According to Titleist, the trend lately has been to create club that spin less, but often times that comes at the price of forgiveness; especially when it is achieved through moving the weight low and forward. With the new Active Recoil Channel and Radial Speed Face, the club achieves the low spin that many are looking for, but the MOI remains high by keeping the weight low and back. Doing so was a challenge for the engineers at Titleist, but it was done by using an ultra-thing crown and body made from 8-1-1 titanium which provides the same strength and resiliency as the 6-4 titanium used in the prior generation 913 clubs, but at a lighter density. At just 0.5 mm, it is the thinnest constant crown thickness in the industry. Things like tapering the top line and leading edge, as well as adding pockets in low stress areas also helped to cut weight.

As mentioned above, the club, like previous generations, come in two different versions; the D2 and the D3. Each model is designed to provide different performance characteristics, especially with regards to spin and flight. The D2 is the larger version, and features a 460cc head with a full pear profile. The club has a higher peak trajectory than the smaller D2, and also spins about 250 rpm more. The D3 is described as being more workable than the D2, while still maintaining forgiveness. While it is the same 440cc as the 913D3, the 915 version sports a face that is 3mm deeper. The club produces a more penetrating ball flight compared to the D2 and has no draw bias. 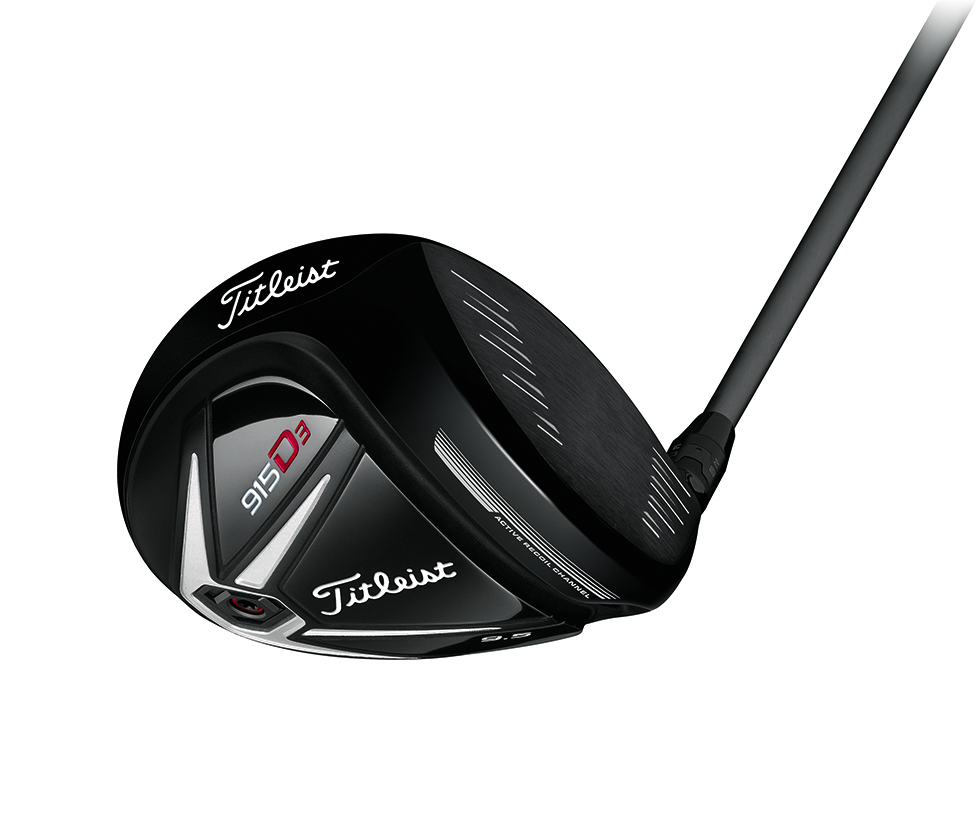 Also on the way to accompany the new drivers are new fairway woods and hybrids. Like their big brother, the woods and hybrids also feature the company’s new Active Recoil Chanell as well as an ultra thin face and high MOI design. Like with the drivers, the Active Recoil Channel helps to create a launch with less spin and higher speed. This is especially important with the fairway woods and hybrids since those clubs are often hit off the ground and impact lower on the face. Shots struck low on the face tend to spin more and the channel helps to counter act this. 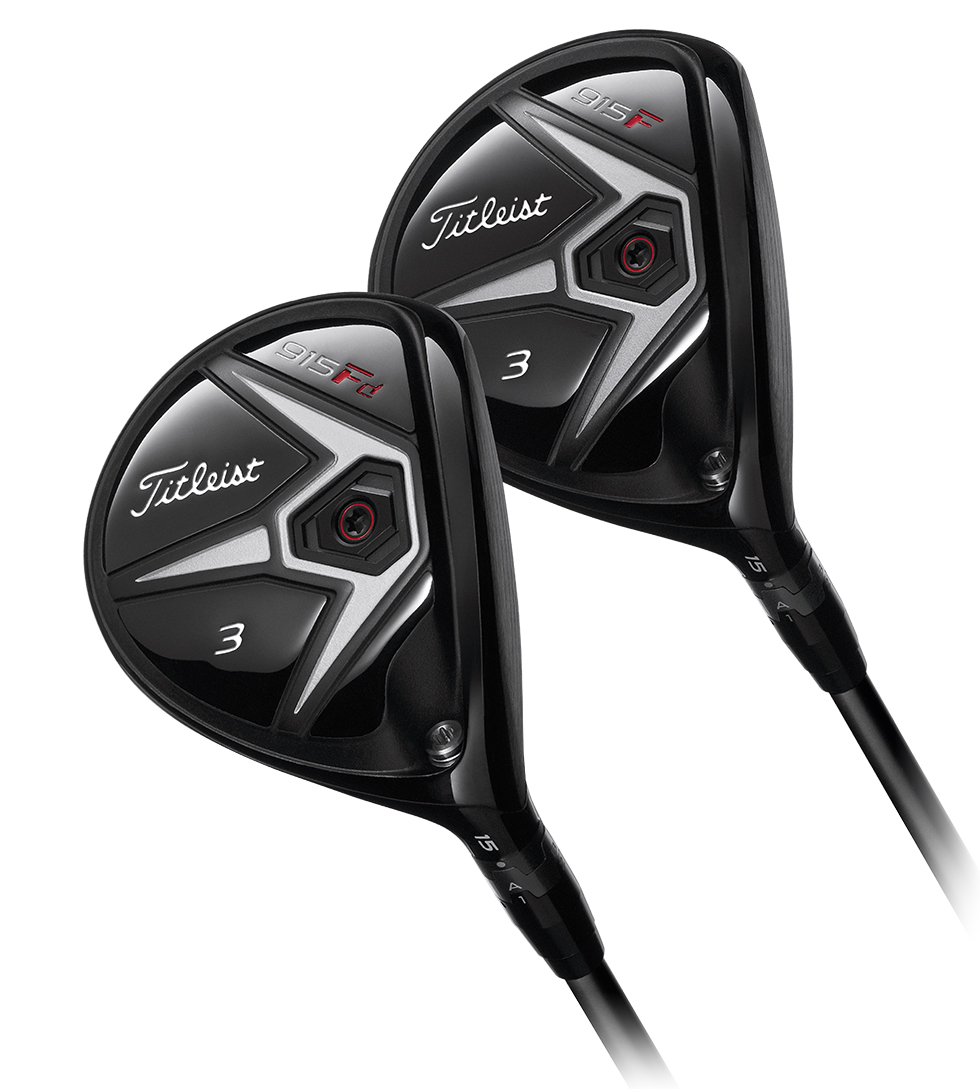 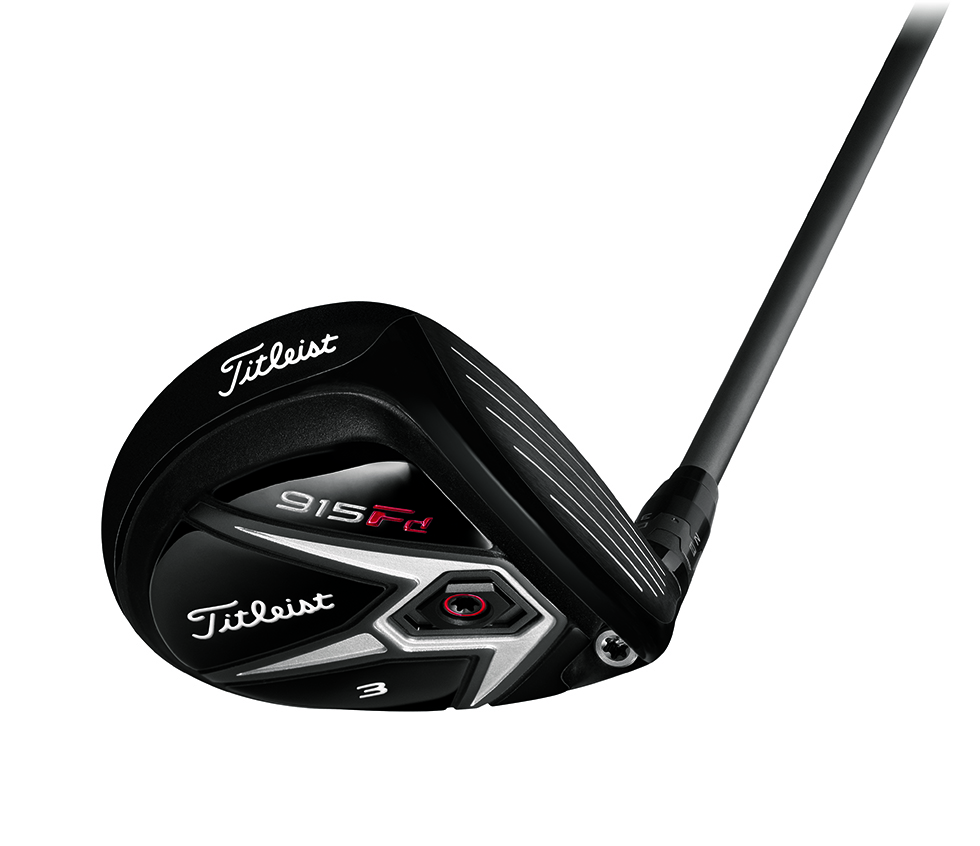 According to Titleist, if you consider yourself a sweeper and would rather play a hybrid over a fairway wood, the 915H is probably a better match for your game; if you tend to be more aggressive and like to have a bit more turf interaction than the smaller, slightly offset 915Hd is the way to go. 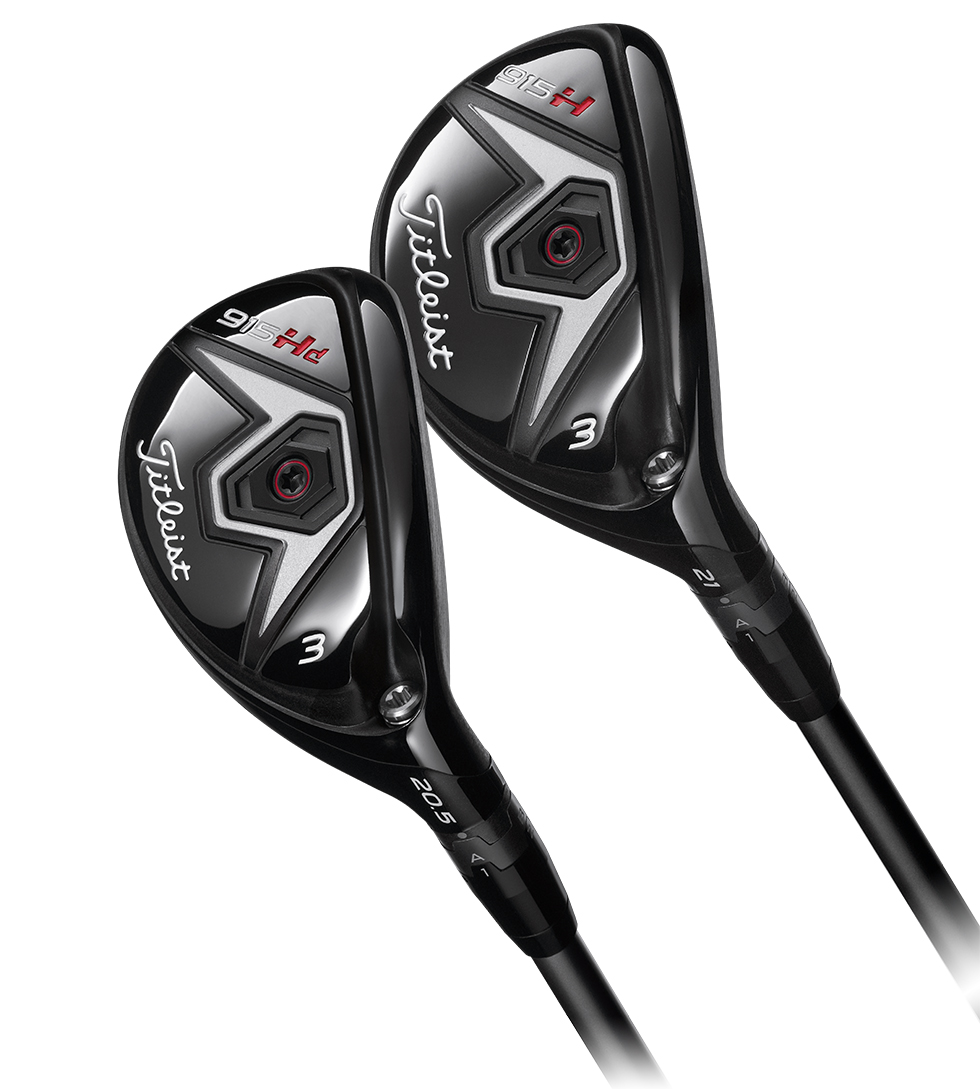 Both the fairway woods and hybrids come with the same shaft options as the driver, minus the Adila Rouge Silver option.