A quote on hitting driver and wedge… but who is it from?

Guess where this quote comes from?

I’d rather play a wedge second shot out of rough than a 5-iron from the fairway if I gain 40 or 50 yards by doing it… There’s ninety ways to get out of the rough after a long drive, but no way at all to pick up those yards you’ve lost by hitting them soft.

Tiger after his T2 at the Western Open? Phil discussing his strategy at Hoylake or Winged Foot?

How about Sam Snead in his 1962 book Education of a Golfer? You wouldn’t have guessed it, but the same problems that “plague” the PGA Tour these days “plagued” the game in the 1950s, too. Or was golf “in ruins” back then, too? If so, how did it survive?

Guess what? The game back then was still won by the guys that put the ball on the green in regulation and putted well, just as Dave has shown it does now.

The 2007 FedExCup details are now known, and all they’ve done is firm my belief that it will be a massive failure.

As I write this, a ticker at pgatour.com/fedexcup informs me that I have but 184 days, 1 hour, 22 minutes, and four seconds until the start of the 2007 PGA Tour season and, by implication, the beginning of a “New Era” in golf – the FedExCup.

Earlier this week, Tim Finchem laid out the rules, points distributions, and the other mundane details of what will certainly become the most mundane “playoff” system in all of modern sport. It is, after all, the only playoff system in which nobody is eliminated and which accepts participants who won’t even be in the league the following season.

The announcement has stirred the pot of discussion, and though everyone from John Hawkins to us here at The Sand Trap has an opinion, I’ve yet to see one supporting the plan.

Continue reading “The FedExCup: Failure from the Start?”

Carolyn Bivens is making a mess of the LPGA Tour, and unless she changes her attitude or someone wises up and cans her, the LPGA Tour may be headed for some bad, bad times. 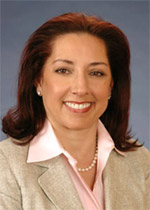 Carolyn Vesper Bivens has been at the helm of the LPGA Tour for less than one year, and I am hopeful that she won’t last long enough to blow out the candles on a second anniversary cake.

Bivens’ task was perhaps one of the easiest facing any sports commissioner to date: sell the LPGA Tour to the sponsors, the media, and the fans. She’s failed miserably on all accounts.

Her failure comes at a time when the LPGA Tour might not be easier to sell. Annika Sorenstam still dominates, but youthful, energetic, and attractive gals named Paula Creamer, Lorena Ochoa, Morgan Pressel, Michelle Wie, Cristie Kerr, Natalie Gulbis, and Christina Kim have suddenly come about. Se Ri Pak and Karrie Webb have even returned to form this year, taking the first two majors of the year.

She’s getting closer. But the 16-year-old prodigy still has some growing to do. I can’t wait till she gets there.

In what is sure to go down as one of the most over-reported, over-hyped, and over-analyzed golf events of the year, Michelle Wie faltered over the back nine of her second round at Canoe Brook Country Club in Summit, NJ to finish five shots out of a playoff for a spot in the upcoming U.S. Open at Winged Foot.

That, of course, is the big story. But I had a chance to witness her attempt, watch some of my friends try to qualify, and came away with a different angle on the day. 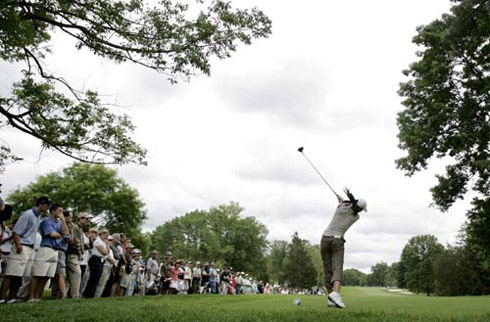 I don’t care if they fill the bunkers with aluminum pop tabs – the conditions are the same for every golfer. Just go play!

There’s no whining in golf. Unless, of course, you’re a PGA Tour pro at this week’s Memorial Tournament. This week, some (most?) pros are busy whining about the furrowed bunkers. They’re “unfair.” Players “weren’t warned.” They introduce “luck” to the game. And on and on… 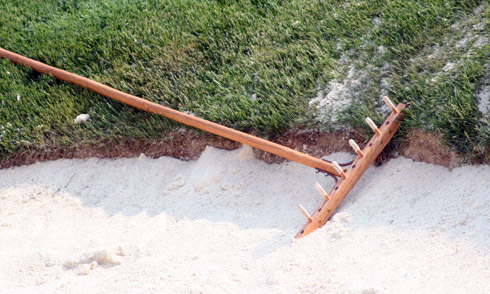 The golfers at this week’s Memorial Tournament will play under the same conditions, so what’s the beef?

The USGA dips its toe into the ongoing debate over whether players with super-fast swing speeds gain an “extra boost” of distance.

Fred Funk, one of the shorter hitters on the PGA Tour (which, at 49 years of age and 5’8″, is not altogether shocking), is feeling left out these days. He believes that the modern golf ball gives players who swing 115 or 120 MPH a “boost.” More specifically, as he said in a recent interview, “You just get this huge gain hitting the ball a certain speed.”

Unfortunately, despite what Fred and others believe, the facts on this issue have recently been made quite clear. The USGA, on April 11, dispelled some commonly held beliefs in an article called “Myths About Golf Equipment and Performance.” The first myth was “Golfers with faster swing speeds get disproportionately greater distance benefits from new golf balls that have been introduced after 2000.”

I don’t need a second driver, and if your name isn’t “Phil Mickelson,” neither do you.

Phil Mickelson won a few events with two drivers in his bag. Since winning the Masters on Sunday, I’ve received no less than four or five emails from Edwin Watts, TGW, and other online golf retail stores urging me to buy a second driver.

Continue reading “Two Drivers for Everyone! Uhhh, No.”

The FedEx Reliability Zone: an April Fool’s Day joke played out upon us despite the changing calendar.

Package delivery company FedEx, title sponsor of next year’s “FedExCup” on the PGA Tour, has gotten an early jump on things this year with the “FedEx Reliability Zone.” If you’ve watched televised golf this year, you’ve no doubt seen the “FERZ.” Displayed on par 4s and 5s, the FERZ is a purple shaded area about 270 yards to 310 yards from the tee and spanning the entire width of the fairway. Roughly the size of smaller states such as Vermont, announcers use the FERZ as a means of displaying just how important it is to find the fairway. Oftentimes, the purple haze is used to illustrate stats such as these: 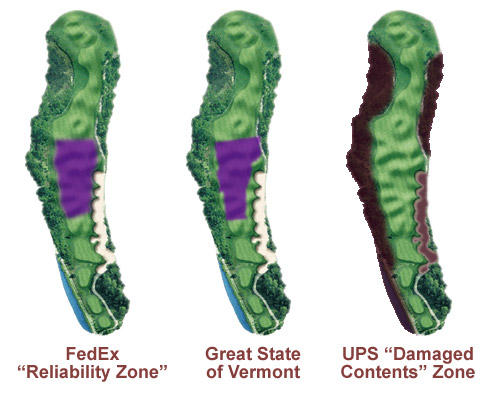 The Players Championship the fifth major? I don’t think so.

The Players Championship will be played later this week for likely the last time in the calendar month of March. As usual, “The Players” will draw a top field and be contested on a famous, testing course. But The Players is richer than that, and for years, the debate has raged: “is it golf’s fifth major?” The answer, unfortunately, is quite simple: NO.

The U.S. Open, PGA Championship, and British Open all began no later than 1916 with the oldest, “The Open,” dating back to 1860. The Players began in 1974 (or, for the more cynical, 1988). Even the Masters – which was instituted by a guy that won all four of golf’s then-major championships – came into existence more than two generations prior to The Players Championship.