Michelle Wie has won a few times on the LPGA Tour, but by and large her career has been marred by an inability to get out of second gear, what should she do now?

For Michelle Wie, the title of this Thrash Talk does not perfectly apply. She went to Stanford, which is in Palo Alto, but it is in the Bay Area, so close enough. Sadly, Wie is likely to go down as one of the biggest busts in women’s golf. Her parents have gotten and deserved most of the blame for the tragedy that has been her career, but at some point Michelle has to take some responsibility.

For starters, she should have never played in all the men’s events she played in. I think the first Sony Open was great, my advice would have been you missed the cut by one, so we’ll give it one more year. After the second year which wasn’t as good it would have been the last time she played in a men’s event. Instead she entered the John Deere Classic got heat exhaustion and the whole thing was a mess. This mistake was on her parents. They should have realized that her entering men’s events was a circus and publicity event, and should have done a better job protecting her. They should have told her to play with the men is an admirable goal but let’s win some events on the women’s tour and establish ourselves as Annika did before entering the circus.

I believe that if she wanted to go to college, she should have gone and played on the team with the other students. She should not have turned pro and waited, been a normal college student. She could have left early like Tiger Woods, but she still should have tried her hand at the college game. It would have allowed her to progress without the massive spotlight that has been on her since she turned pro. There would be no questions about why she hasn’t won, because well, she would be only playing in a handful of events and as an amateur. This mistake again is on her parents because they made the decision to go pro before the decision to go to college. Again her parents decided her future before Michelle had a chance to decide it. If Michelle didn’t want to go to college then the decision to go pro would have been acceptable, but considering clearly she wanted to go, I think her parents should have strongly advised her to wait to turn pro until after some time at college.

The argument from the pro-Michelle camp was that her progress was going to drastically improve after she graduated college and she was no longer distracted. With the current state of her game it is really hard to see that happening. In the last year she has regressed to a point where she now looks like she has trouble pulling the trigger with the putter. I could still be wrong on this point but things are going to have to change dramatically for this to happen.

Certainly from a golf perspective we could say that David Leadbetter is also to blame. Michelle’s swing used to be an athletic masterpiece it now looks contrived and made to fit into a phone booth. She has lost yardage and not gained any accuracy in the process. Why she has not fired Leadbetter is far beyond my comprehension. It is possible they feel very loyal because David gave the family free lessons in the beginning but at some point they have to cut ties and realize how much damage he has done to her swing. At this point I am not sure they could get back to where she was, but they have changed the caddy so many times why the coach hasn’t gotten the axe still leaves me wondering. 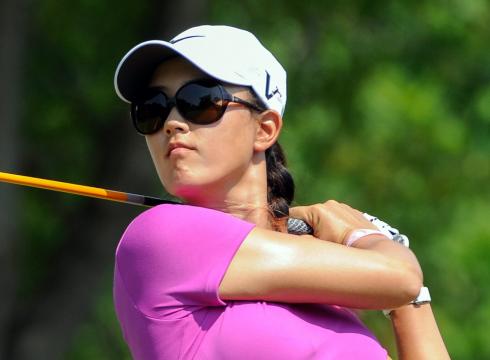 If I were advising Wie, I would suggest firing Leadbetter, and telling her parents that they should take a one-year break. They can of course talk and spend vacations and holidays together, but they should not attend any events for a year. Allow her to decide on her own if she really wants to do this. I have a feeling that she had a great college experience and after this chance to be a regular person that she sort of liked it, and maybe she no longer has the drive to be a professional golfer. I would tell her it is okay to quit, that toiling along and ripping your hair out for something you are not passionate about is ridiculous. If she is doing it only to make her parents happy and not herself she will never love what she does. In that one year period at the end she can decide, play golf or do something else.

I hope that some great writer is keeping her career in a journal and one day writes a fantastic book about how it all went wrong. Likely most of us will not have as talented a golfer as Michelle as our daughter, but our children may be talented at something else and there is much for us as parents to learn about the mistakes made in Michelle’s career. Especially early on. I would certainly read the book. I read Earl Woods, Training a Tiger, and there were some great nuggets in there about how he taught Tiger to love the game on his own. The lessons that Earl laid out in that book might be some good feedback for the Wie parents.

Let me add that it is not my place to say whether or not they are bad parents, in fact I believe quite the contrary. Michelle seems through all of this to be a perfectly normal young lady. Her parents have done a fine job raising her as a person, my difference of opinion come in how they have handled her as an athlete and her athletic career. In a sense they have acted as their agent, and in that respect they have failed her in my opinion.

6 thoughts on “Lost My Heart in San Francisco”