The U.S. Open heads to Merion Golf Club this year for the first time since 1981. The second major of the year comes around the halfway point during what has been one of my favorite seasons in a while.

We’ve seen Tiger Woods return to near top form, winning four of his first eight events, though he’s still yet to win a major since the broken-knee victory at Torrey Pines in 2008. Three of the wins have come at courses where he’s traditionally dominated (Torrey, Doral, Bay Hill), though he threw in a win at Sawgrass and a missed cut at Murfield for good measure.

There’s also Phil Mickelson, who won in Phoenix early on but was virtually non-existent at The Masters, Rory Mcilroy, who is winless in Nike clothing, and of course Adam Scott, the winner of the season’s first major.

We’ll also take a look at the future of short courses in major championships, and the USGA needing a good week.

Number Five: Rory McIlroy
It’s been a rough year for the young Northern Irishman. Not only is McIlroy winless, but he lost his number one ranking and hasn’t really contended in a single tournament. He finished second at the Valero Texas Open, but only after a back-door 66 shot him up the leaderboard. His T8 at Doral has the same explanation, and you can say the reverse (he fizzled out after a good opening round) about McIlroy’s T10 at Quail Hollow and T8 at The Players.

McIlroy was never in The Masters either thanks to a 79 on Saturday, and missed the cut in his only two Euro Tour events (Abu Dhabi and the BMW PGA Championship).

There are dozens of ways to explain the poor play from McIlroy; pressure from his huge Nike contract, firing his agent, burnout after a stellar second half of 2012, and simply a pattern of sizable peaks of valleys that McIlroy has developed over his career. He looked dead in the water at this time last year, for instance, but his win at Kiawah catapulted him to a late-season resurgence that garnered McIlroy the PGA Tour and European Tour Player of the Year awards, as well as the leading money-winner on both tours.

He’s at risk for falling off farther, and another U.S. Open win would go a long ways to restoring that confidence that appears to be lacking at the moment. 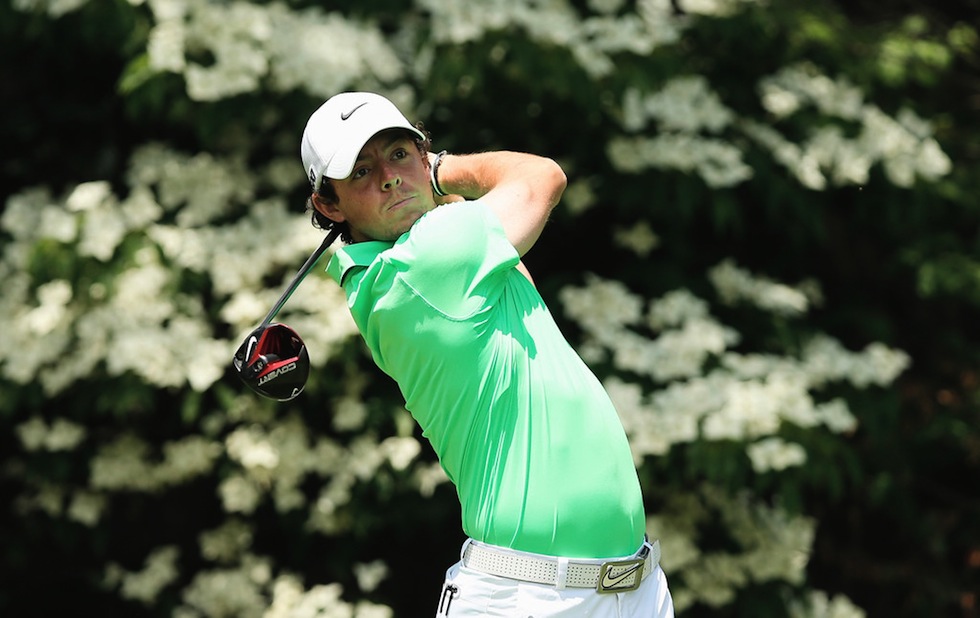 There may be no one in the golf world more in need of some fixing. The embattled Garcia, who went into 2013 already with a disappointing record in major championships, has had quite the season, and not in a good way.

In addition to being winless, Garcia feuded with Tiger Woods between rounds at TPC Sawgrass. Tiger pulled a club in the woods (indicating to the fans nearby that he was going for the green), and though the cheering had mostly subsided by the time Sergio had decided to swing, Garcia decided to take issue with Tiger’s timing, complaining to the media after the round. Breaking character, Tiger quipped back, though it seemed to die down by the end of the tournament (winning fixed that annoyance for Tiger, I guess).

And then it came back to life. When asked if he would have Tiger over for dinner to smooth things out, Sergio responded: “We’ll have him ’round every night. We will serve fried chicken.”

There are very few professional golfers who could use some good press right now more than Sergio.

(That said, can you think what the trophy presentation with Mike Davis would be like if Sergio won? Crazier than Bird Man.)

Number Three: Merion
The U.S. Open race to the top in terms of course yardage peaked in 2008, when Torrey Pines played a monstrous 7,643 yards. But Merion, which measures in at 6,996 yards, is the first U.S. Open course to play under 7,000 yards since 2004, when Shinnecock Hills played the same 6,996 yards. (For the record, Kiawah set the major championship record last year at 7,676 yards, and the PGA Championship hasn’t been played at a course under 7,000 yards since 1998 at Sahalee Country Club.) Shinnecock, of course, has other ways to make the players suffer, including blustery winds, needlepoint-sized greens, and baked-out fairways.

Merion, however, is an inland course, and will require punishing rough and tree-lined fairways to keep the players honest. The East Couse, built in 1912, has hosted four Opens previously, with winning scores of +13 (Olin Dutra in 1934), +7 (Ben Hogan in 1950), E (Lee Trevino in 1971), and -7 (David Graham). The USGA is likely shooting for a winning score around even par, though if Rory McIlroy’s -16 at rain-soaked Congressional in 2011 has taught us anything, it’s that wet U.S. Open courses can be attacked. 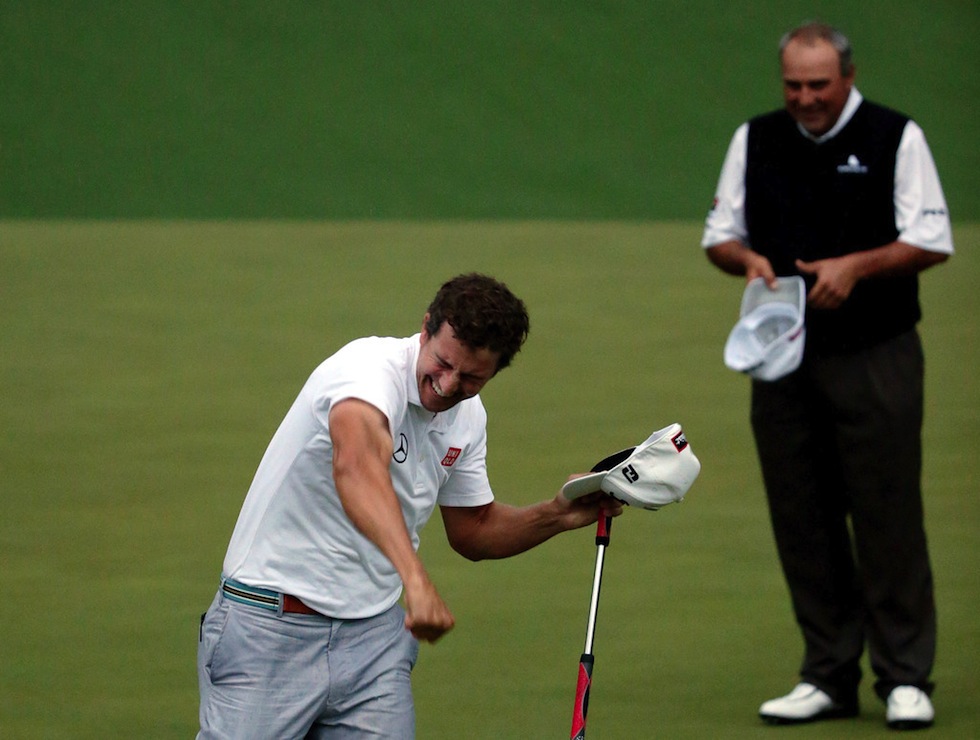 Though television really doesn’t do it justice, most golf courses played on the PGA Tour have mammoth fairways. The penalties for missing them can be stringent, but they do give you a lot of real estate. That won’t be the case this week, or at least it can’t be if the USGA looks to keep the scoring anything short than that at the Bob Hope.

There’s generally a forum question around this time every year asking if we’re all okay with the souped-up courses that the USGA prepares for the week, and my answer is always the same: Yes, but only occasionally. It wouldn’t be entertaining to watch this sort of golf every week, but once in a while I want to watch the best players in the world swing it like hacks. This year I think that’s true more than ever. Merion represents a great chance for the USGA to prove that it can present a fair but firm test on a short course without venturing into gimmickry. If they can prove that that is attainable, we might see the U.S. Open return to some more courses from yesteryear, much in the same way that Bethpage Black opened up the door for other public courses.

Number Two: The USGA and R&A
It’s been a tumultuous few months for the USGA. First, they revealed a proposed rule change that would disallow anchoring a putter, and though they were initially supported by much of the golfing community, the naysayers came out in droves. The USGA and R&A backed the rule by claiming that anchoring the club is not the same as swinging the club.

Detractors came out of the woodwork, claiming that the ruling bodies was had no business legislating the matter, or attacking the reasons for the proposed rule. This was only furthered when the USGA and R&A decided to throw those people a bone in the official explanation of the new rule, by including a section of speculation about whether or not anchoring putters provided a potential advantage.

Professions who anchor, including Adam Scott, Webb Simpson, and Tim Clark, have since come out against the USGA, and have appealed for the PGA Tour to ignore the new rule (though that appears unlikely). Scott has gone so far as to retain counsel.

What the USGA and executive director Mike Davis could use more than anything is simply a great week of golf, capped off (hopefully, for them) by a non-anchoring winner.

Number One: Tiger Woods
We all know the story by now. Tiger Woods, 14-time major champion and at the very worst second greatest golfer of all time, hasn’t won a major since 2008, when he triumphed over Rocco Mediate on Monday at the U.S. Open. After a knee surgery, infidelity scandal, and the latest round of swing changes, Tiger fell precipitously in the world rankings. Until last year, when he began winning again. And winning. And winning. 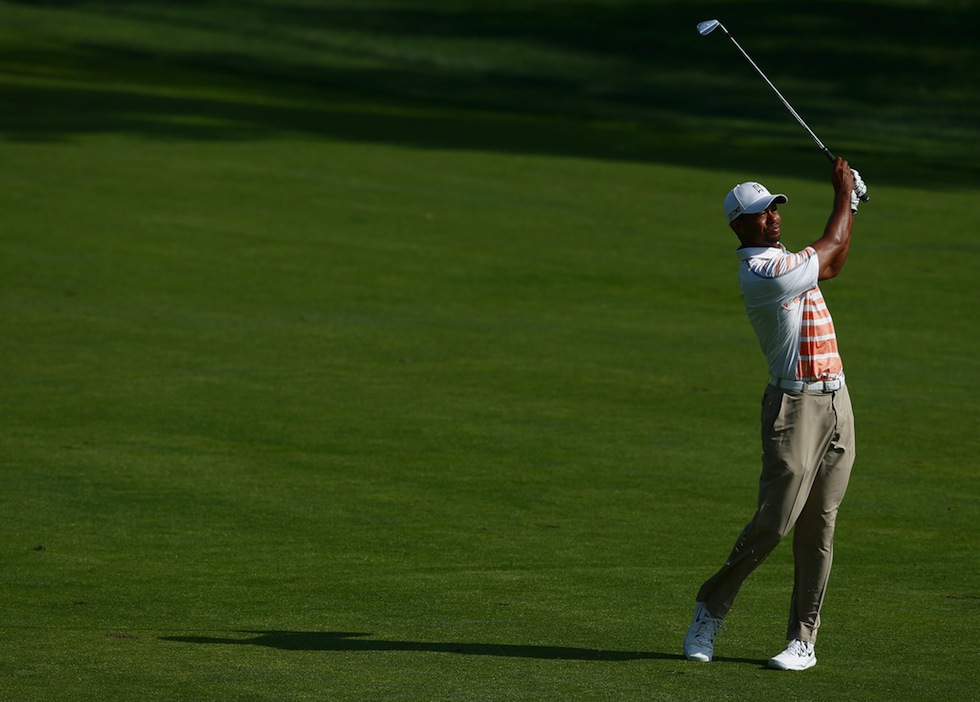 That’s only continued this year, as he enters the U.S. Open with wins in half of his 2013 PGA Tour starts. But while all of his wins this year have come at courses where Tiger’s had a dozen starts, he’s never played Merion in a competitive round before. In fact, his first ever round at the course was just a few weeks ago, when he stopped there to play a round with Buddy Marucci (1995 U.S. Am runner-up to Tiger and longtime Merion member) on his way to Murfield.

Tiger played the midday round in a driving rain, which should prepare him somewhat for the soggy mess that Merion might be during the tournament. Early reports indicate that two holes on the back nine are rain-soaked and quite soggy, and that the USGA will continue to prepare the several backup holes on the West Course incase the East isn’t up to standards.

There isn’t a single player that enters the tournament under more pressure to win a major than Tiger Woods. If you’d like to visualize it, take the massive gorillas that reside on the backs of winless Luke Donald and Lee Westwood, combine them, and feed them a few hundred thousand bananas. Never have we seen a player once so dominant fall off completely and then claw his way back, only to come up so painfully short in big moments. I’ve said for a while now that I think if Tiger ever gets to 15 majors, he’ll get to 19. A win a Merion would go a long way towards rectifying that.

Merion is also a course that suits the long-hitting and accurate Woods, who can leave the driver in the bag and play long irons off the tee all day. That’s a tactic that he’s applied many times, notably during the British at Hoylake in 2006, last year at Olympic, and earlier this year at TPC Sawgrass.

Conclusion
I’ve thoroughly enjoyed the 2013 PGA Tour golf season, from the early-season anchoring fiasco that allowed me to ignore the Hawaii events (when you’re buried under two feet of snow, the last thing you want to watch is golf with a backdrop of crashing waves), to the enjoyable Masters, and the continued resurgence of Tiger Woods. I’m glad that we’re getting into the summer months and the three majors that come with that.

Is there anyone else you think really needs a “W” at Merion?

2 thoughts on “Five People Who Need to Win the U.S. Open”