I would say no… I’ll bet she thinks otherwise.

When the wife and I fight, which really isn’t that often, it is almost inevitably about golf and how much time I am spending on it. After spending quite a bit of time on golf forums I know that I am not alone. I often see guys hiding their new golf purchases by shipping their new clubs to the office, or rushing home at the end of the day to get the UPS box that has Callaway written on it before the wife sees it. Sadly even if the logo was not on the box, the shape and size of box holding a golf club is unmistakeable, especially to the eagle eyes of wives. My wife, when reaching her point of most upset, will without fail say “Why didn’t you just marry golf?”

Golf is certainly a time-consuming sport. Consider the average round of golf is four hours plus driving time to and from can be anywhere from 30 minutes to an hour, then add in lunch and a beer after the round and you are now at the six to seven hour mark from garage down to garage up. If there’s a tournament, well then all the schedules are thrown out the window, as some could take most of or even all of the day. Some guys at my club try to cheat time a little by teeing off around at dawn and finishing in a little over three hours be home before 9:00. One of the guys told me he is home before his wife even wakes up. This is clearly one way to manage it, but it is still is a great deal of time essentially wasted.

Continue reading “Are You Married to Golf?”

The latest driver from Callaway packs a big punch at an extremely affordable price point. 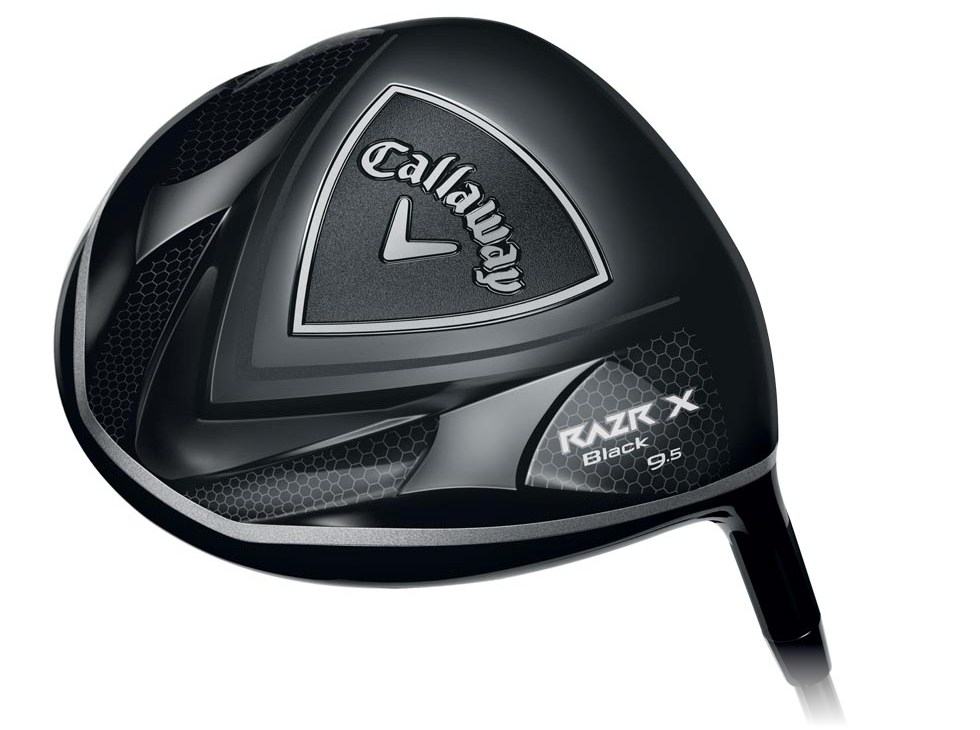 I must admit, when I was first asked to review this driver, I was very excited. I had heard about the new Callaway RAZR X Black from advertisements and in golf magazines. I am an avid Callaway driver user; I have the 2011 Callaway RAZR Hawk and the Callaway Diablo Edge Tour driver as well. The RAZR X Black is this season’s new hot club following in the footsteps of this years RAZR FIT driver. At my local golf store this club is on the shelf, but there are not very many on display because it is selling quite well.

Callaway has gone through a bit of a lull but I think with the latest line of drivers they are coming on strong. Let’s see how the RAZR X Black driver stacks up, shall we?

Recently we witnessed the shortest putt ever missed to win a major championship, but where does it rank in the history of missed short putts?

I was watching the event live, I saw the birdie putt slip past the hole about a foot and I went for the remote. I had entered the new channel and just as it was about to change I saw the putt horseshoe around the hole. I frantically switched back, but by that time they were hugging and beginning to walk off the green. Watching I.K. Kim miss that one-foot tap-in makes you begin to ask yourself where this miss ranks in the history of golf.

Of course those of you who don’t follow the LPGA, I.K. Kim would lose in the playoff to a birdie on the first playoff hole but at that point the damage was done. Expecting her to sum up any amount of strength to play the playoff hole was a difficult ask. My first thought after she missed it was that she still had a chance, but after watching her walk off the green I could tell that the miss destroyed her and she would have no chance.

Continue reading “From Glory to Horror, in Just One Foot”

Hank’s book is pretty revealing, but mostly about himself.

I must admit, the day Hank’s book came out I went out and bought it. It was not really the excerpts that got me interested but listening to the interviews Hank gave, he gave the impression not of a rat that everyone had made him out to be, but someone who had a story to tell.

After reading the book, I have very mixed feelings, but I will say it has cleared up some real misconceptions in my mind about both Tiger and Hank. I really didn’t learn anything new about Tiger. Hank paints him as a troubled, self-centered, egotistical, golfing genius. All those things are not news, I have always thought those things about Tiger. The big revelation was that Tiger lied to the media… yeah, I knew that too. I would rather watch paint dry than a Tiger press conference, he never says much new and looks like he wants to be there less than I want to watch him. So all in all not much learned about Tiger.

The Masters truly starts the golf season. Sure there are plenty of events on the West Coast and the Florida swing, but that week in April with the beautifully manicured fairways at Augusta truly gets the season underway.

There has not been a Masters in the last few years that has the excitement of all the big players playing so well going into the event. Tiger winning, Rory winning, Luke Donald winning, Phil winning, and Mahan (now the top American in the OWGR) winning twice, all before the event. It is set up to be one of the best ever. With that I have collected the predictions and some additional questions from the staff here at The SandTrap, enjoy.

Both players are treasures of our game, but likely you root for only one of them.

The question for you is do you root for Tiger or do you root for Phil? Likely you don’t root for both. In a strange way us golf fans tend to pick one or the other of these guys, and if you are in a group, a debate will likely ensue about who is the best. Tiger is consistent and dominant in the same way that Phil is go-for-broke and approachable. They truly are almost opposite people who are fantastically great at the same game.

I think the media fluffs up their relationship trying to spark a rivalry between them so there is something to talk about. I think they probably are just fine with each other and in the Ryder Cup locker room probably consider themselves friends. The irony in that statement is that they are terrible Ryder Cup partners (just ask Hal Sutton) because they are total opposites in how they approach the game.

Continue reading “Whom Do You Root For: Tiger or Phil?”

My choice is a player who hardly anyone knows and I bet it will surprise you.

This award, while it is nice to be recognized with an award, is not one you want to win. Ms. Congeniality is another way of putting it. Today’s candidates, if I was to pick one, would have to be a very close tie between Luke Donald and Lee Westwood. I think we don’t hear so much about this title anymore because it is not such a clear cut winner as it was a few years ago. Phil Mickelson held this title for the longest time and he could really go nowhere and discuss golf without this topic rearing its ugly head. David Duval held it for a while, but in his case winning a major seemed worse than not winning one. His career has gone down the tubes since kissing the Claret Jug. Don’t get me wrong, I like David and root for him each week that he plays, but one has to be honest at some point.

But the point of this article is to debate who deserves the title for their entire career. For me there is a clear winner. When I was asked this question this guy came to the top of my list without much thought. Colin Montgomerie.

Tiger appears unhappy with Hank, but what is his real motivation?

I know I am a bit late to this party and by now much of the hoopla surrounding the book has died down, but actually I think that is the best time to discuss things of this nature because we have all had a chance to think it over a bit now. The thing is, I love biography books, I have read a number of them, most recently being the one about Steve Jobs. Since I work in that industry it was particularly interesting because I know many of the players. While Hank’s book about Tiger does not qualify as a biography, it is somewhat of a “story behind the story” book. The adage that the truth is stranger than fiction may not always apply but it is still very intriguing to hear from the horses mouth what went on behind closed doors. So for that part I will probably read the book.

Continue reading “Hank’s Book – With Whom is Tiger Really Angry?”

This isn’t about the magical number of 18, or even 19, but rather about a magical year in golf.

If you only read the title of this article you might think this is another comparison on who is the best golfer of all time. No, considering the stall that Tiger has had in his current play it really ends the debate for now. Over the course of his career Jack is by far the better player. More major victories, 18 versus 14, but what really puts Jack over the top for me is the number of second-place finishes in majors, 19 versus six. And if you include top-ten finishes in majors Jack really starts to pull away.

In the bar last week I made the hypothesis that 2000 for Tiger was better than any single year that Jack had. When I started looking into it I was definitely right. Jack’s best year was 1972 when he won the Masters, the U.S. Open, finished second at the Open Championship, and tied for 13th at the PGA. Jack had an excellent 1980 when he won the U.S. Open and the PGA, but 1972 was better. To be frank when I looked into it Jack had an incredible run in the 1970s. He was in the hunt in almost ever major played during those years, but not only in the hunt but he had an enormous amount of top tens. Still 1972 was a great year but it was no match for Tiger’s 2000.