Callaway rolls out its new five piece ball while Odyssey introduces the Metal-X putter with a two layer face insert.

Callaway Golf has always been on the leading edge of golf. The new HEX Black Tour ball continues Callaway’s use of the HEX dimple pattern but adds a host of new features, which the company says separates it from every other ball available, while Odyssey (Callaway’s putter division) introduces yet another face insert for their new line putters.

Callaway HEX Black Tour Ball
Early last month (March 2, to be exact), Callaway introduced the HEX Black Tour ball. According to Callaway, the ball has a number of new features that differentiate it from every other golf ball available. The first thing that makes this ball unique from anything else on the market is, of course, the HEX dimple design. The HEX design is something that has been part of Callaway balls for a handful of years now and it is something that sets the ball apart from others. Basically, what the HEX design does is allow the dimples to cover 100% of the ball as opposed to the roughly 88% seen with a traditional dimple design. 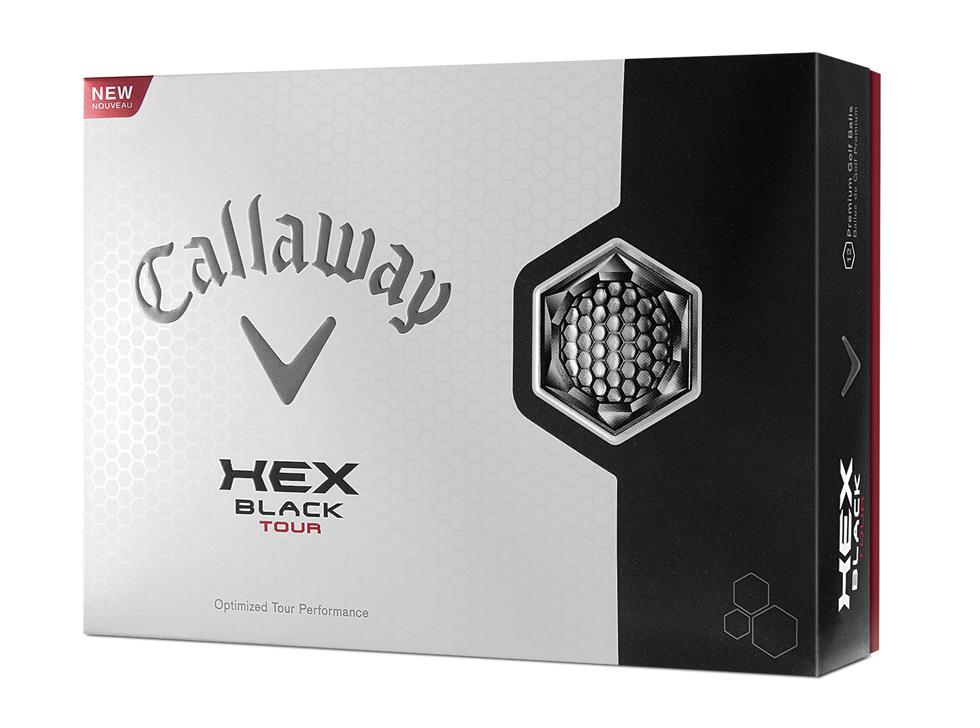 Callaway didn’t stop there, obviously. While the HEX design is an innovation from years past, there are a number of new technologies found in Callaway’s premium ball this year. To start with, there is the new dual core which Callaways has dubbed i-Core technology. Callaway engineers worked hard to maximize the differential in compression between the inner and outer cores to create a ball with as much “spin separation” as possible. They achieved this with a super soft inner core which allows for reduced spin off the tee and therefore greater distance. However, the outer layer of the core is high compression which allows for more spin and control around the greens.

The amazing thing to me is the spin separation; how this ball spins so much from 40 yards in, and yet spins so little off the driver and goes so far. I’ve never seen a ball with that combination of short-range control and distance.

Of course a dual core isn’t enough, as there is now a dual mantle in Callaway’s new five-piece ball. Both the inner and outer mantle are made of ionomer blends but in different ratios as to affect to firmness of each layers. Much the same as the core, the mantle is comprised of a softer inner and firmer outer. This helps to protect the high-tech core of the ball as well as produce high ball speeds even when the swing speed is a bit slower.

Last, but not least, is the new DuraSpin cover. The cover is made of a unique thermoplastic urethane (TPU) blend which is more durable than materials used in the past by Callaway. While the durability has improved, Callaway says that the cover still maintains the soft feeling and spin that players have come to expect from this level of ball. 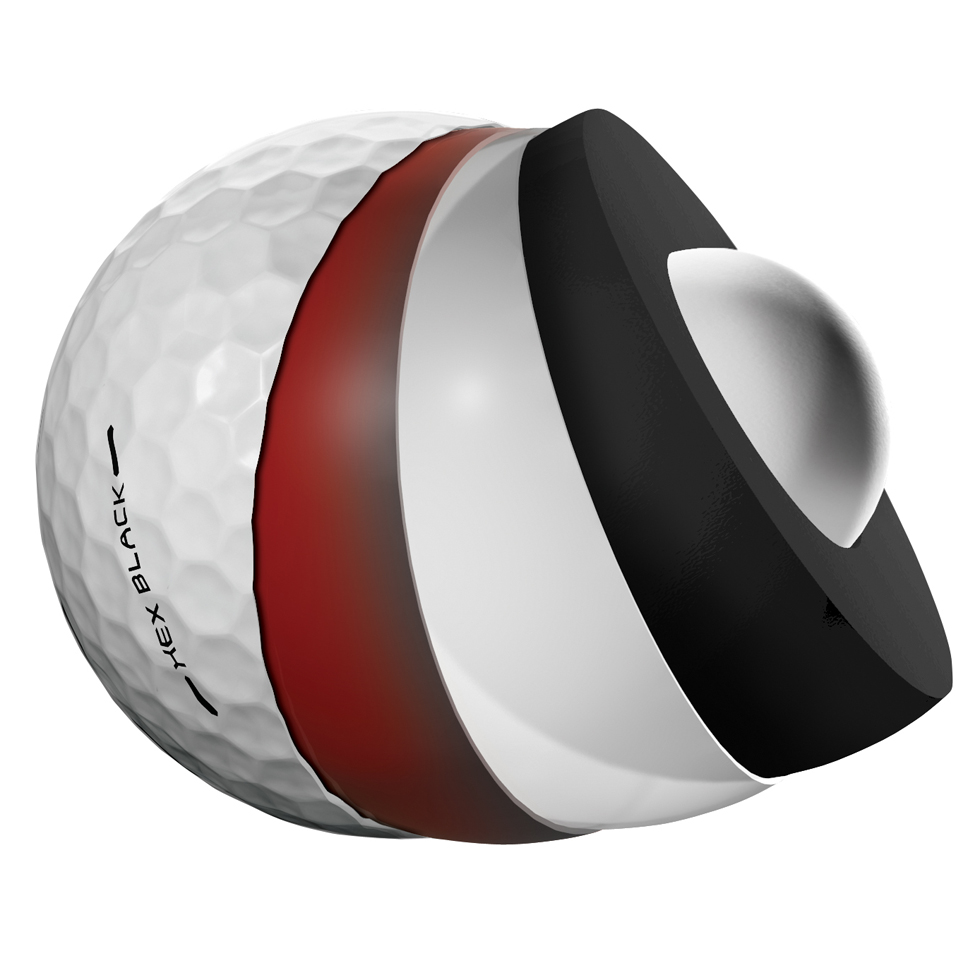 Callaway HEX Black Tour balls are available online or at your local golf retailer for $45.99 per dozen 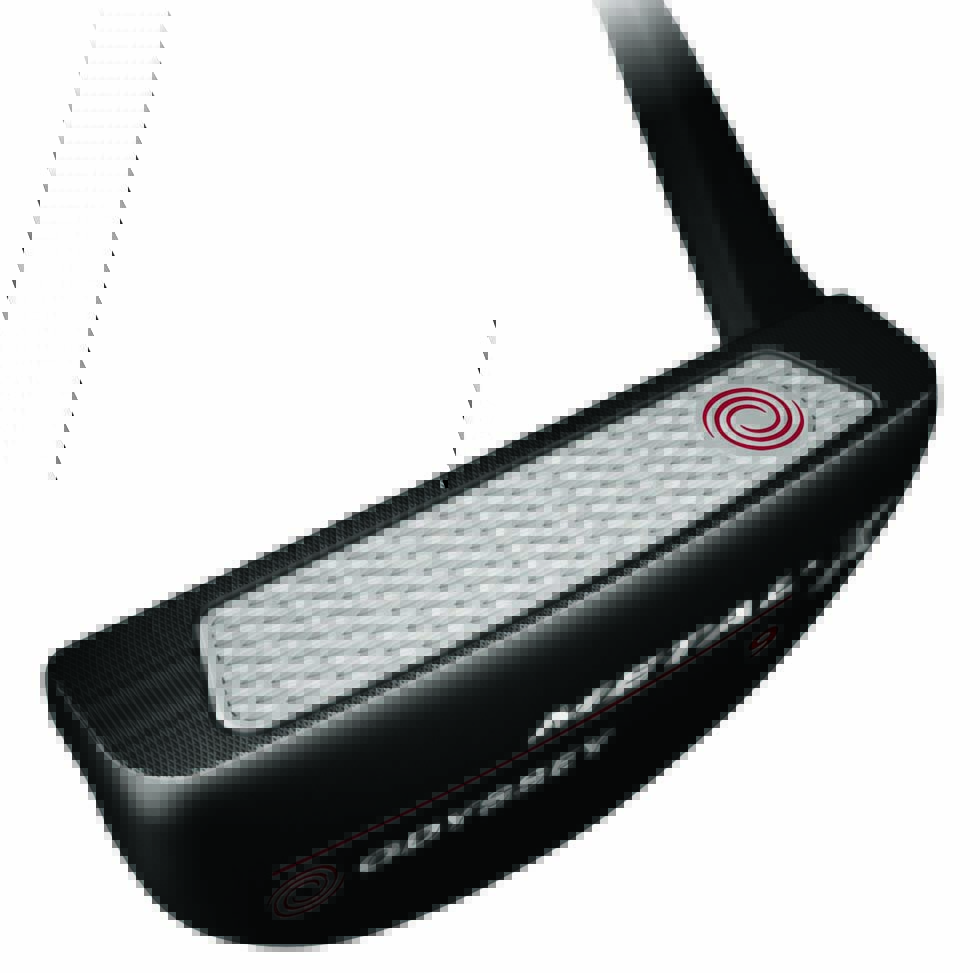 There are a number of new features with the new Metal-X putter, but obviously the big one is the face insert for which the club is named. The face insert is actually two layers; the outer layer is aluminum with a urethane inner layer. The outer layer has oval depressions and according to Odyssey this creates a mechanical lock the the dimples on the golf ball. The idea behind this is that the ball will come off with optimized top spin and reduce skidding which provide for a true roll from the start. Underneath the aluminum layer of the insert is a urethane layer. This provides the soft feel that many are looking for as well as saving weight to optimize performance.

Along with the new insert is the new Midnight Black finish. The finish is aimed at reducing glare and was added specifically because tour players asked for it. The sole of the putter also has weight ports to optimize the weight of the putter head with the shaft length. The Lamkin 3GEN Pistol grip comes stock on the new Metal-X putters.

As is the case with all Odyssey putters, the Metal-X putter is available in a number of different models. The “core” models will sell for $149, the 2-ball and Dart models for $179, and belly/long putters for $189.