New products from TaylorMade hope to have you sinking more putts and putting it close from any lie.

It seems that every few months TaylorMade has some new piece of equipment coming out. Usually it is some new driver or iron set but this time it’s a new putter and some new wedges.

The new putter, the Ghost Manta, continues TaylorMade’s use of white putter heads and promises to make alignment simple. For the wedges, the company has dropped the xFT (exchangeable face technology), and has introduced the ATV (or All Terrain Versatility) wedge which can be hit from nearly any lie.

ATV Wedge
The vast majority of wedges come with two numbers stamped on them: the loft and the bounce. Loft is the number that most of us are familiar with but some still don’t quite understand bounce. The bounce angle is the angle created on the sole of the club between the leading and the trailing edge. The whole purpose of bounce is to keep the club from digging in so much and to help the club bounce out of the sand or thick rough. As a general rule, golfers have been told to use lofts with a low bounce angle when the primary use was from tight lies and firmer conditions where higher bounce clubs were preferable for softer conditions or fluffy sand.

To this point many golfers have compromised, either opting for “medium” bounce wedges or carrying, for instance, a sand wedge with high bounce and a lob wedge with low bounce. Either way, this can lead to less than ideal situations when he shot calls for a bounce that you don’t have. 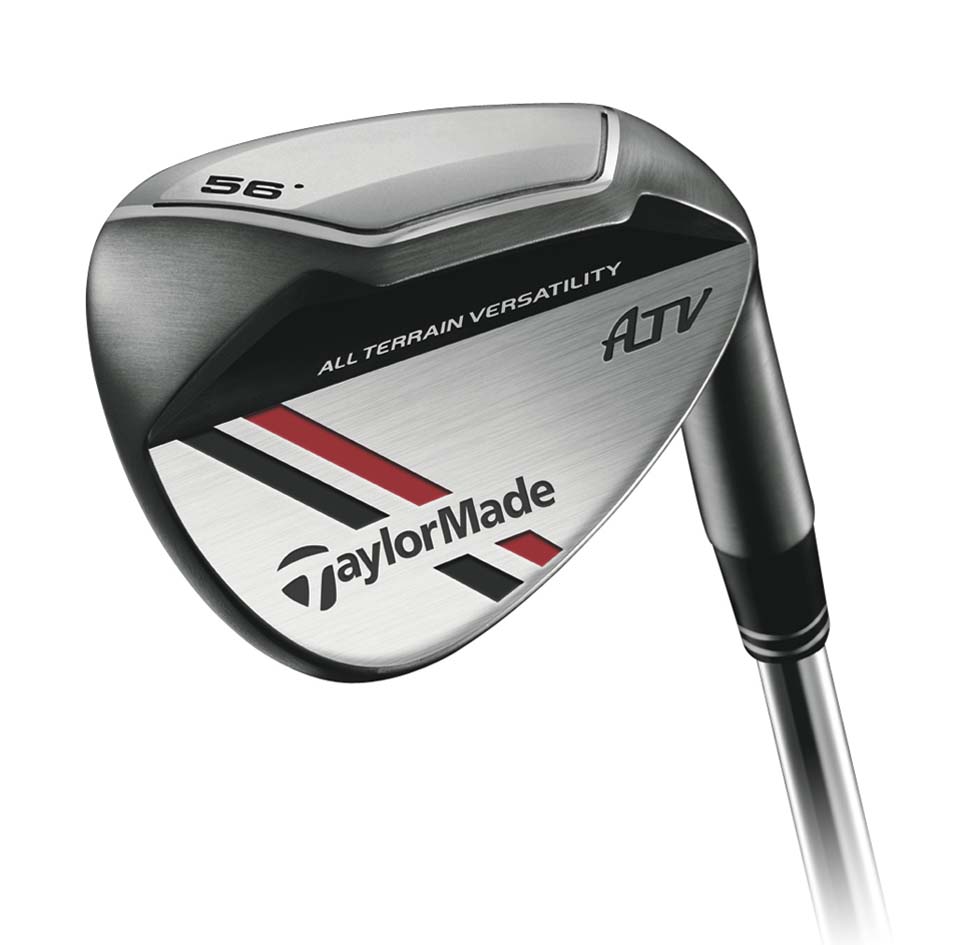 The new ATV Wedge looks to solve this problem, and one thing that you will notice about them is that they do not have a bounce angle stamped on to them. ATV stands for All Terrain Versatility, and where traditional wedges are only good on a select number of shots depending on the bounce of the club, the new ATV sole makes it good for six different types of shots: tight lies, rough, bunkers, flops, pitches, and chips.

TaylorMade claims that this is possible because of a combination of the wider sole, as well as special toe and heel grinds that vary by the loft of the club. The type of shot being played, or more specifically, how the club is set up at address will determine the bounce of the club. According to the chart on the TaylorMade website, the ATV wedge will cover all the shots you could possibly hit with a medium or high bounce wedge and the majority of shots you could with a low bounce wedge, with only the shallowest of swings on firmer conditions not being covered.

While the ATV sole is the major new feature on the new wedges, it isn’t the only one. In addition to the sole, the ATV Wedges have a new groove design. The new grooves, while conforming to the new (if you can still call them that) groove rules, produce almost equal amounts of spin compared to TaylorMades non-conforming Z grooves. There is also micro texture between the grooves that help to grab onto the ball and add spin.

As far as specs go, the ATV Wedges are cast from 304 stainless steel and come stock with a KBS Tour steel shaft. The stock grip is made by Lamkin, and is extended down the shaft a bit more than normal to help your grip when choking down on the club. For right handers, the wedges are available in lofts of 50, 52, 54, 56, 68, 60, and 64 degrees, while lefties will have the 52, 56, and 60 degree models available to them.

The ATV Wedge is available in stores now and retail for $119.99.

Ghost Manta Putter
Also available from TaylorMade is the new Ghost Manta Putter. As suggested by the name, the Ghost Manta continues to use the white finish on the putter head. TaylorMade says that this creates a high contrast against the green of the putting surface and helps with alignment. The white finish is also suppose to be more durable now than in years past. Alignment with the new putter is quite simple with just a pair black lines to frame the ball. 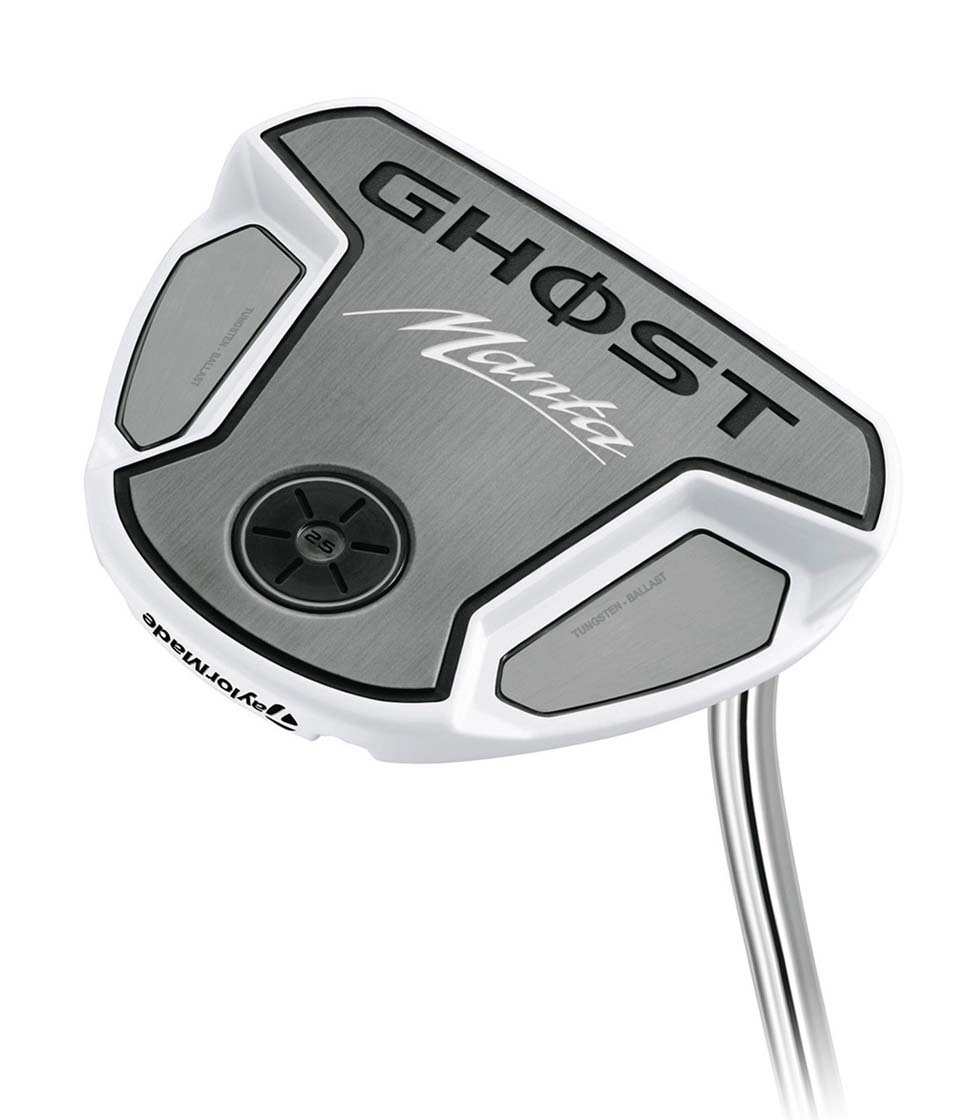 The Manta is a mallet putter and because of its large size, it provides stability even when it is mishit. The putter also has the PureRoll insert that has been found in TaylorMade putters as of late. The insert, which is made of Surlyn (the same material used for the cover of most mid-range golf balls), provides a soft feel as well as getting the ball rolling quicker.

For those partial to long or belly putters, the Ghost Manta has options as well. The belly version has a double bend shaft, has a head weight of 380 grams, and is available in lengths of 41 or 43 inches. Moving on up is the long version, which is center shafted and has a length of 48 inches. The standard versions has a four degree loft whereas the belly and long versions have two and a half degrees of loft. Lefties looking for the long or belly putter are out of luck however as those models are right handed only (the standard version comes in both right and left). 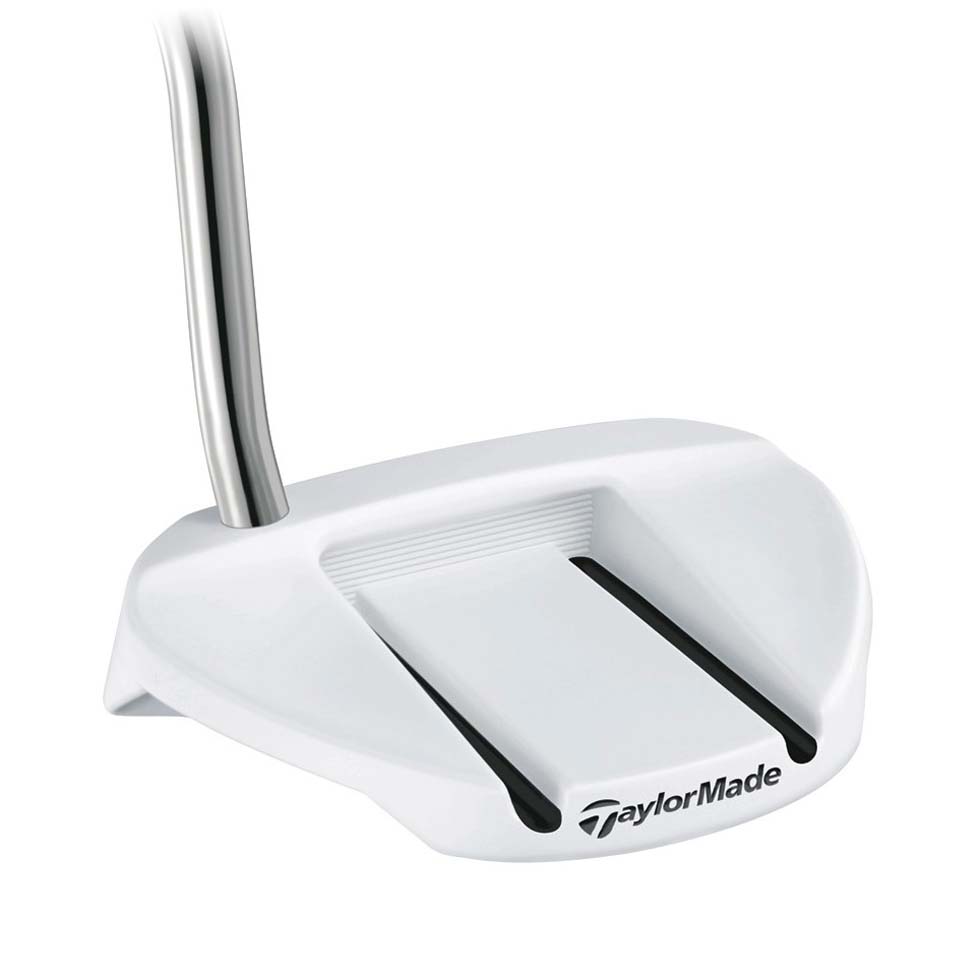 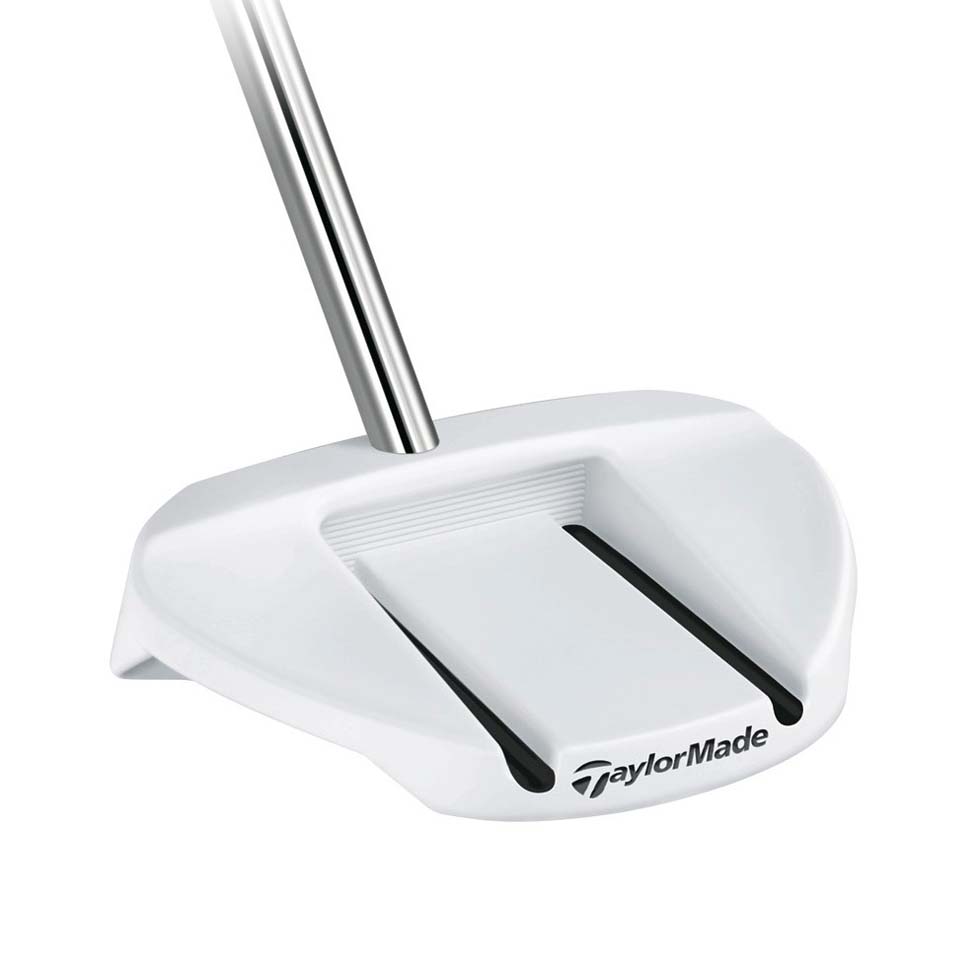