Whether you are a laser guy or a GPS guy, Bushnell has you covered.

Perhaps one of the most popular accessories on the golf course today is the rangefinder. While not really a necessity on the course, both GPS and laser rangefinders allow the user to get accurate yardages to their target, and I can tell you first hand, once you get use to having one, you all of a sudden feel lost without it. Over the last few years, we have had plenty of debates on the forum about which type, laser or GPS, is better and the merits of both, but whether you like the pinpoint accuracy of a laser or simple functionality of a GPS Bushnell has you covered.

When it comes to the GPS type of rangefinders, there are a few different types. Obviously for those of us too cheap to shell out for a dedicated device, there are plenty of apps for our smartphones, but they can be inaccurate and there are issues with using a phone as a DMD (distance measuring device) during any sort of tournament. Talking about dedicated devices however, there are handhelds, hat clip-ons, and what has become one of the most popular styles, watches.

The watch style has become increasingly popular because of their simplicity. You don’t have to fumble around in your bag looking for your GPS or worry about it falling out of the cart or something like that. You just get to the ball, take a quick glance at your wrist, and take your shot. The new Bushnell Neo XS is an update to the previous Neo X and as a few significant updates. To start, the new model is thinner than its predecessor and is more comfortable to wear; also, while the battery life on the Neo X was really good, the XS is even better, giving golfers the ability to play three full rounds between charges. Also, the company says that if it is just used in watch mode, the battery can last up to 24 months without the need to recharge; although who buys a GPS watch and then only wears it to tell time? 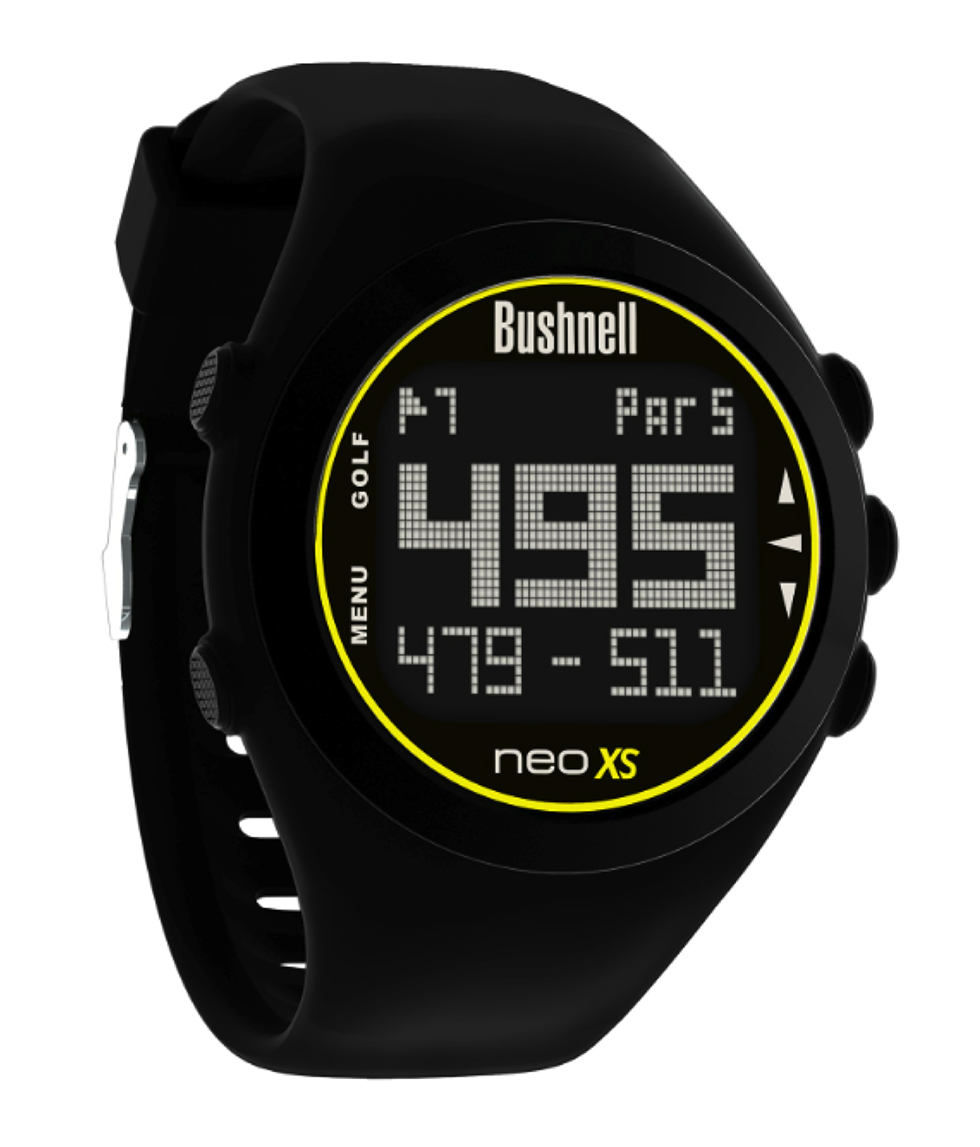 The new watch also comes preloaded with over 33,000 courses worldwide and is ready to go out of the box. At first glance, the watch will provide you with the hole number, par of the hole, and yardage to the center, front and back of the green. With some quick presses of the buttons on the side of the watch, you can also get access to hazard layup distances (up to four per hole) as well as a shot distance calculator and round time and distance information. 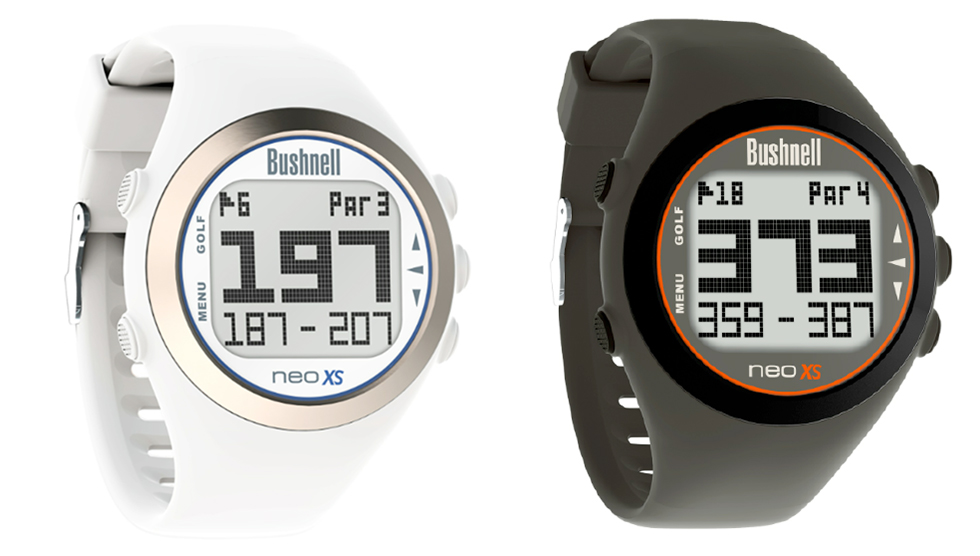 As if that wasn’t enough, the watch also is great for everyday use as it functions as a timer, stopwatch, alarm, and odometer. The watch comes available in three colors (black/yellow, charcoal/orange, and white/cobalt). Retail price is $199.99.

For the golfer that demands pinpoint accuracy, the company also has a new laser range finder, the Tour Z6 JOLT. As the name suggests, the Z6 now features the company’s JOLT technology that provides short vibrating bursts when the unit has isolated the flag. This helps to eliminate any doubt in the golfers mind and assures them that the distance they have is to the flag. The new laser also has second generation ESP (Extreem. Speed. Precision.) Technology, which provides yardages five times faster and more accurately than ever. How accurate is the new unit? From distances of 5-125 yards, the company says it is accurate to within a half yard and displays yardage in 1/10th of a yard increments. Overall the Tour Z6 JOLT has ranging capabilities from 5-1300 yards and can hit the flag at 450 yards. 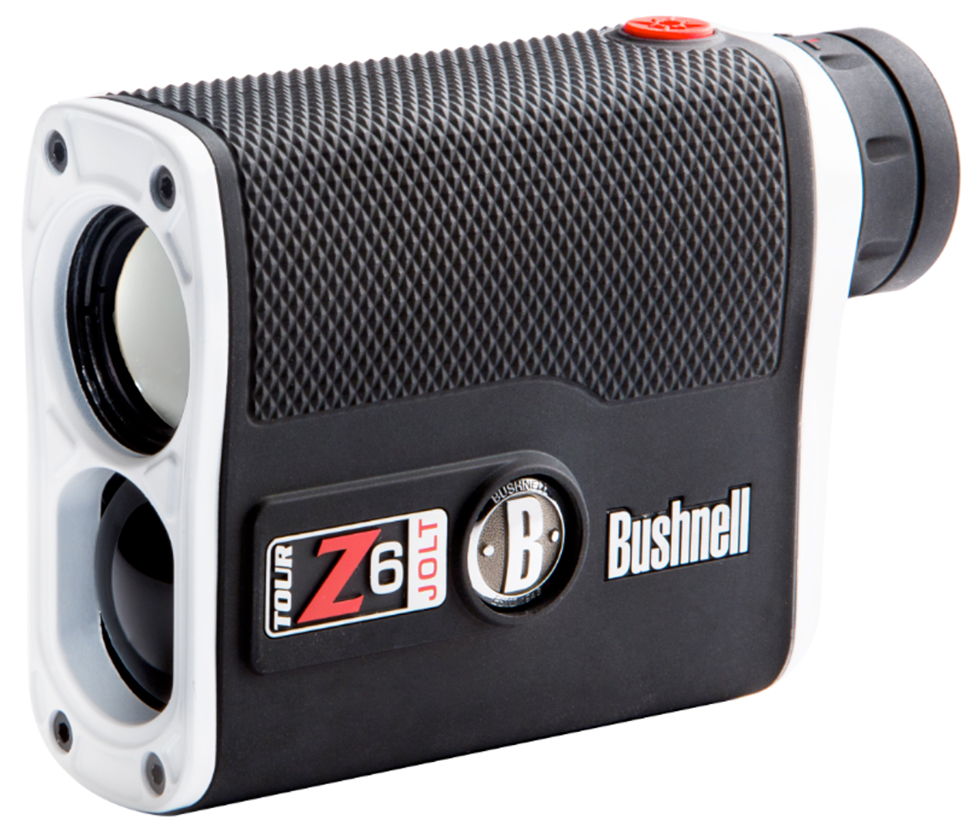 The Tour Z6 JOLT has a compact design featuring rubber armored metal housing. The unit is waterproof and provides  6x magnification. As with the majority of Bushnell range finders, the Tour Z6 JOLT is legal for tournament play. The new device will be available in February and will carry a price of $399.

3 thoughts on “New Rangefinders from Bushnell”