What to expect in the upcoming year.

2014 is going to be an interesting year. We’ve got Rory McIlroy trying to recapture his pre-2013 form; Phil Mickelson giving the career grand slam another go at Pinehurst; Jordan Spieth and a number a young players looking to make the leap; and of course Tiger Woods six years removed from his last major championship win.

Number Five: Jordan Spieth Will Prove to Be the Real Deal
If you listened to a minute of the first few events of the season, you probably heard Jordan Spieth’s name often. He played well in the Hyundai, which he qualified for via a playoff victory over David Hearn and Zach Johnson in last year’s John Deere Classic. Spieth’s win, which came a few weeks before his 20th birthday, was the first victory on the PGA Tour by a teenager since 1931. Spieth holed out a bunker shot on the 72nd hole, and his win allowed him to avert a sticky situation wherein he wouldn’t have otherwise qualified for the FedExCup Playoffs.

After nearly winning the Wyndham Championship a few weeks later and then coming close at the Deutsche Bank, Spieth was awarded the PGA Tour Rookie of the Year award, and finished 2013 22nd in the Official Golf World Rankings.

During coverage of the Hyundai Tournament of Champions, Spieth was often compared to Tiger Woods, Rory McIlroy, and Rickie Fowler. While it’s a little early, it might not be absurd to think that he could be in that echelon. Both Rory and Tiger didn’t win on the PGA Tour until they were nearly 21, and Fowler (probably the most tempered comp) was 23. 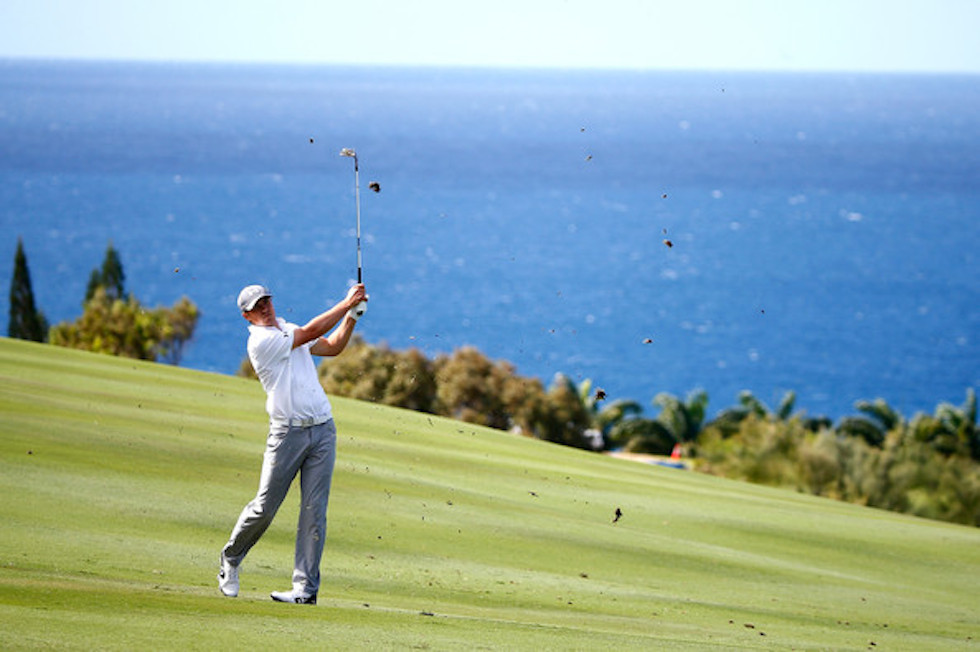 Spieth has the swing and the composure to be really good, and should be in all four majors this year based on his World Ranking position.

Number Four: TaylorMade Will Release a Dozen Drivers…
…Everyone will complain about how frequently they release drivers, they’ll whine about the ridiculousness of TM’s schedule, and the clubs will sell like hotcakes made of gold bricks.

We see it every year. Actually, a few times a year. TaylorMade has a adopted a strategy of releasing woods annually, usually twice a year. So far in the last few months we’ve seen the JetSpeed and the SLDR, and that was after they put out the R1 Black mid-way through 2013.

The first reactions by most consumers is frustration – a quick search of the TST forum will show you that. No one likes to see their still-new $400 driver made obsolete after just a few months, even if the new one’s not really that much better.

But there are benefits to the frantic pace. TaylorMade gets to try more things (marketing strategies, colors, technologies) than any other OEM. Because of Adidas’s backing, TaylorMade has the R&D budget to throw everything at the wall in the hopes that some of it sticks. Movable (and slidable) weights, sole plates, adjustable hosels, ghosting, “Speed Pocket” … stop me anytime.

But consumers do see benefits from the frequent releases, which is why I’ve never been particularly upset about them. While Titleist clubs, which only get updated every two years or so, command their full retail plus for several years, it’s often easy to find a TaylorMade driver at less than half price less than a year later. Obsolescence might not seem great if you love the new and shiny, but if you don’t mind waiting a few months and swinging yesterday’s driver, you can do it on the cheap.

Number Three: Pinehurst #2 Will Be the Best U.S. Open Venue in Years
Pinehurst #2 has been a long-time host to some of golf’s biggest tournaments, but we haven’t seen the pros play there in nearly a decade. It hosted both the 1999 and 2005 U.S. Opens, as well as the 2008 U.S. Amateur. 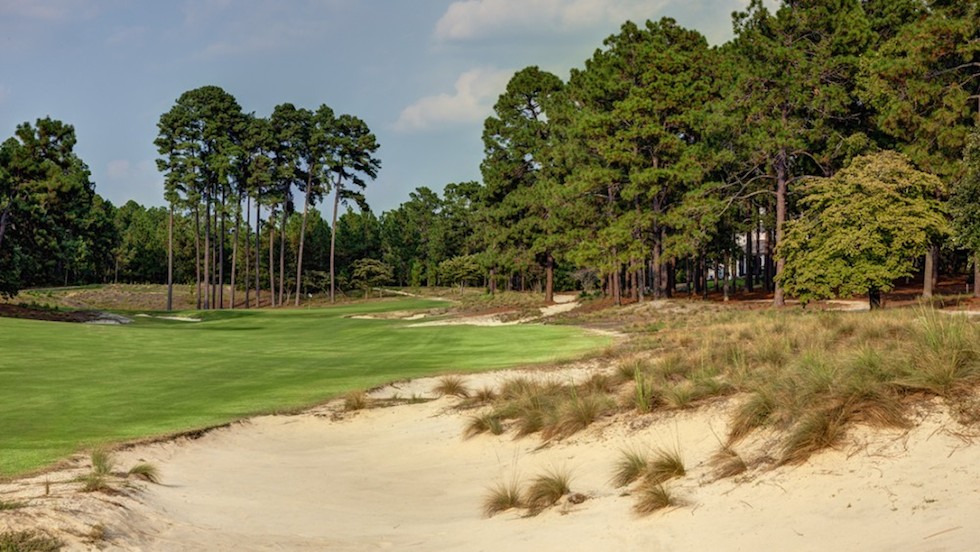 After the Am, the #2 course underwent significant renovations. Probably the most famous of expert designer Donald Ross’s many courses, Pinehurst had grown relatively bland. The revamp, however, returned some of the more early-century features to the course, removing most of the rough and adding scraggly bunkers bordered with fescue.

Those that have played the course say that the changes have added strategy to a course that was susceptible to bomb and gouge. You no longer have to worry about hacking the ball out of the USGA’s thick rough, but the variability inherent to the irregular bunkers should be penally enough to avoid them at all costs. The greens, which had become “puffy,” have likewise been restored to their original heights.

What we’re seeing with the restoration of Pinehurst is a willingness by the re-designers and the USGA to take a chance on something different. We’re going to see a U.S. Open without the graduated rough, with the fairways grass a little dormant around the edges, and with Ross’s signature domed greens a bit less roided up.

It’s a welcome sight for a tournament that’s stuck tightly to the same M.O. for quite a while.

Number Two: Tiger Woods Will Win a Major
It wouldn’t be a predictions column if I didn’t reference Tiger Woods, right?

I’m picking Tiger to win a major. I have, of course, picked him to win a major approximately each of the last four years, so it’s not like I’m going out on a limb here. My argument contains several appeals to logic and a few nuanced statistical cases, but it’s mostly this:

Tiger Woods entered 2014 with a sizable two-point lead over second-place Adam Scott in the Official World Golf Rankings. He’s the best player in golf, bar none. Tiger is the best ballstriker in the world, one of the game’s best putters, is consistently great around the greens, and his driver is only getting better. He’s got competition in spades, of course, now more than ever. Phil will be looking to avenge a career’s worth of near-misses at Pinehurst, Rory McIlroy is trying to get back in the winner’s circle, and young guys like the aformentioned Jordan Spieth will be trying to break through. 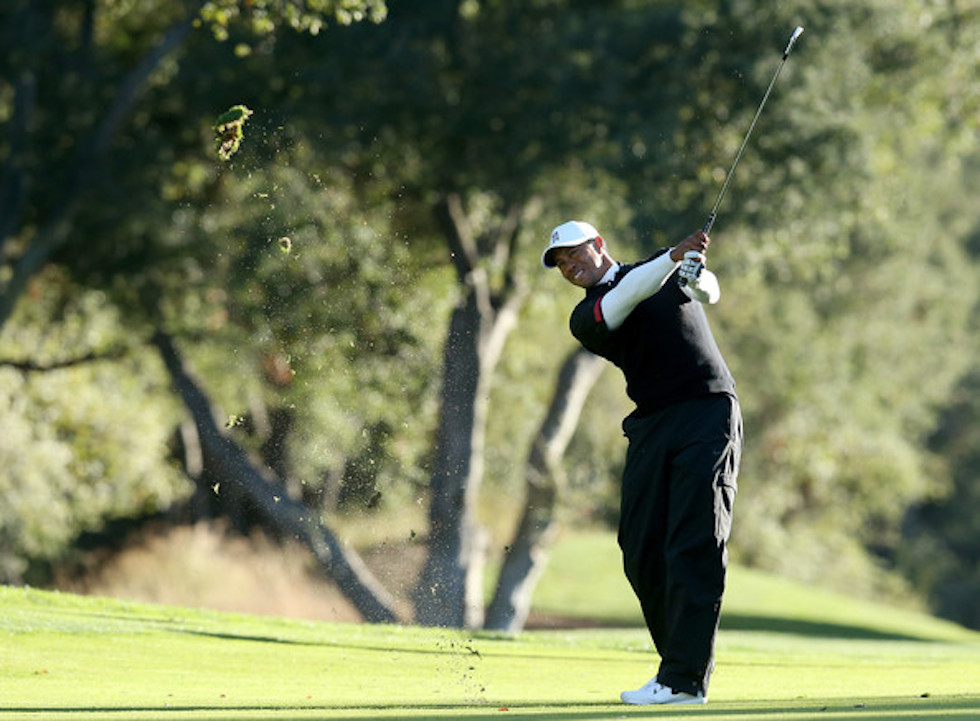 But Tiger’s also facing a trio of courses that should treat him well come major championship season. Woods has played Pinehurst #2 twice: 1999 and 2005, and finished T3 and 2nd, respectively. He won at his only Open at Hoylake in 2006, and took the 2000 PGA Championship at Valhalla in a playoff. I shouldn’t even have to present for you his history with Augusta.

Back in October, Golf.com writer, Golf Channel analyst, and former PGA Tour professional Brandel Chamblee wrote a column for Golf.com, in which he graded Tiger Woods’ 2013 an “F.” Brandel reminisced about being caught cheating on a math test in fourth grade, and followed that up by mentioning Tiger’s five wins and Vardon Trophy win, while adding in that Tiger was “a little cavalier with the rules” in 2013.

Written in such a way that Brandel never directly accused Tiger of cheating, it was the golf literary version of the common cop show trope, wherein one officer directs the other to stand outside a minute to retain his own plausible deniability while the first takes care of some over-the-line business. Look over there while I shoot this guy so when you’re called as a witness at my trial you don’t technically have to lie!

The bar for “cheating” in golf is high. However high you think it is in your mind, raise it another 40%. Breaking a rule by itself is not “cheating.” I haven’t cheated just by spraying my drive OB, unless I then decide to take my ball, place it in the cup, and claim an ace. Golf has a culture in which you break the rules once and you’re instantly a cheater for life. Vijay Singh was accused of cheating (doctoring his score by two strokes) once, nearly thirty years ago, on the other side of the world, and people still haven’t forgotten.

Now for Chamblee. It’s true that Brandel never used the word “cheat” as it applied to Tiger Woods, only to his own struggles with mathematics. It’s also true that if you don’t think Brandel was accusing Tiger of the same, you’ve completely deluded yourself to how analogies work. Brandel and his supporters can hide behind deniability all they want, but the more they play dumb, they dumber they look. The lines you have to read between to get at Brandel’s true thoughts are double spaced.

I could write another few thousand words on the Brandel saga, but the most interesting part has yet to happen. I like to believe that at some point, Tiger Woods will win another major. Now, Brandel can poo-poo Tiger’s five PGA Tour wins all he wants, but you can’t overlook a major, no matter how rose-tinted your spectacles may be. There’s probably going to be an episode of Golf Central where Brandel Chamblee, through gritted teeth, will have to give Sean Foley his due.

Boy is it going to be fun.

Closing and Your Thoughts?
I’m excited for 2014, maybe more so that in any of the past few years. This year has a good mix of comeback stories, reigning champions, and underdogs, and we’ve got three of the best major championship venues coming up.

How do you think it’s going to go down?