New for 2016, PING introduces the new G-Series family of clubs including three new drivers, fairway woods, hybrids, irons, and even a crossover.

Anybody that follows the golf equipment world at all knows that PING has essentially two major product lines, the i series and the G series, and 2016 is a G year. Like the company did with the i series last year, the number has been dropped from the name, so what would have been the G35 is just the G. Like previous iterations of the G series, the one for 2016 is an entire family of products including three new drivers, fairway woods, hybrids, crossovers (utility club), and irons. Read on to get all the details.

One thing that was special about the previous G30 line up of clubs was that it expanded to multiple versions that sort of eliminated both the i series and the short lived K series of woods. There was, of course, the standard G30, but for players looking for lower spin, there was the G30 LS Tec, and for those looking for a bit more forgiveness, there was the G30 SF Tec. The new G series brings back these three models with the G, G LS Tec, and G SF Tec. 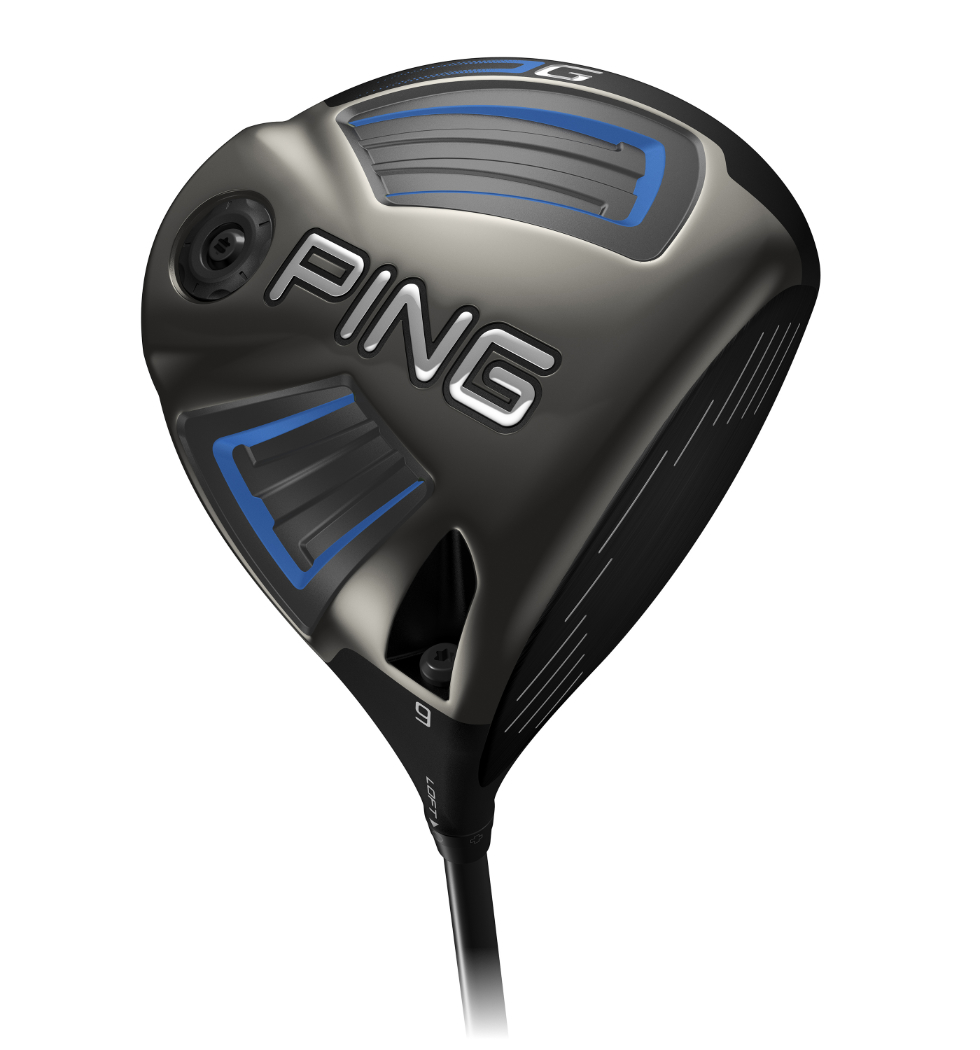 Esthetically, PING has kept things much the same from he prior version, opting to stay with the matte black with blue accents. From a technology standpoint much has been carried over from last year with a couple of key new additions as well. PING claims that these are the longest drivers that they have ever produced and a large part of that is the return of the T9S face and the Turbulators. However, by taking an approach called biomimicry, PING engineers came up with what they call Dragonfly Technology. This technology creates ultra-thin crown sections which allow for the optimum CG placement aiding in the ideal launch and forgiveness. Compared to the standard G driver, the SF Tec version (which stands for Straight Flight Technology) features weight closer to the heel to help reduce a right-to-left shot, while the LS Tech (Low Spin Technology) features a very low and slightly more forward CG to drop down the spin rate. 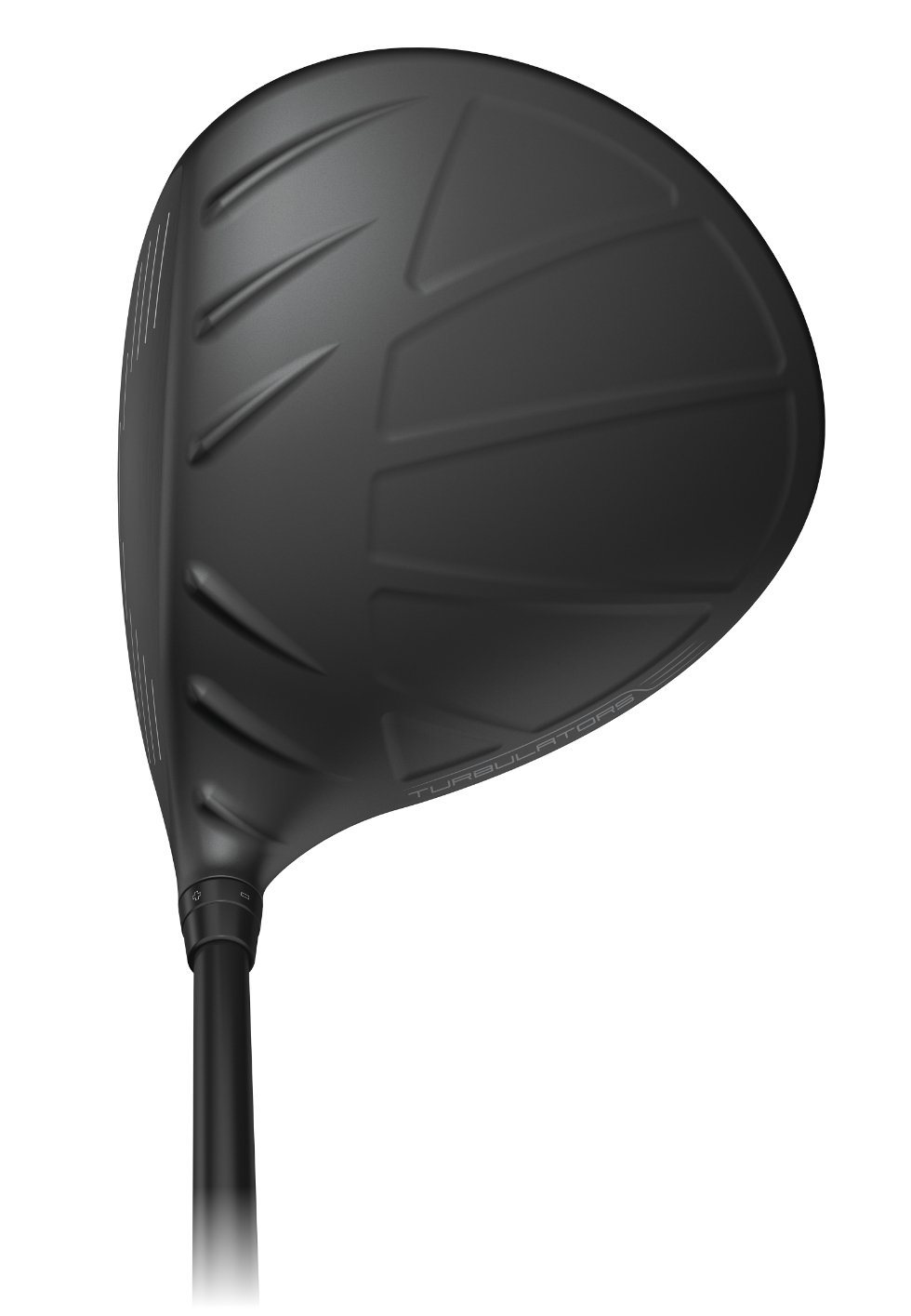 All three clubs versions are available with three different shafts. The stock shaft is the ultralight Atlas 55. The other two shafts are available for an up charge and are PING’s own Tour 65 and Tour 80. Both the G and the G LS Tec come are available in 9.0° and 10.5° models, while the SF Tec comes in 10.0° and 12.0° models. 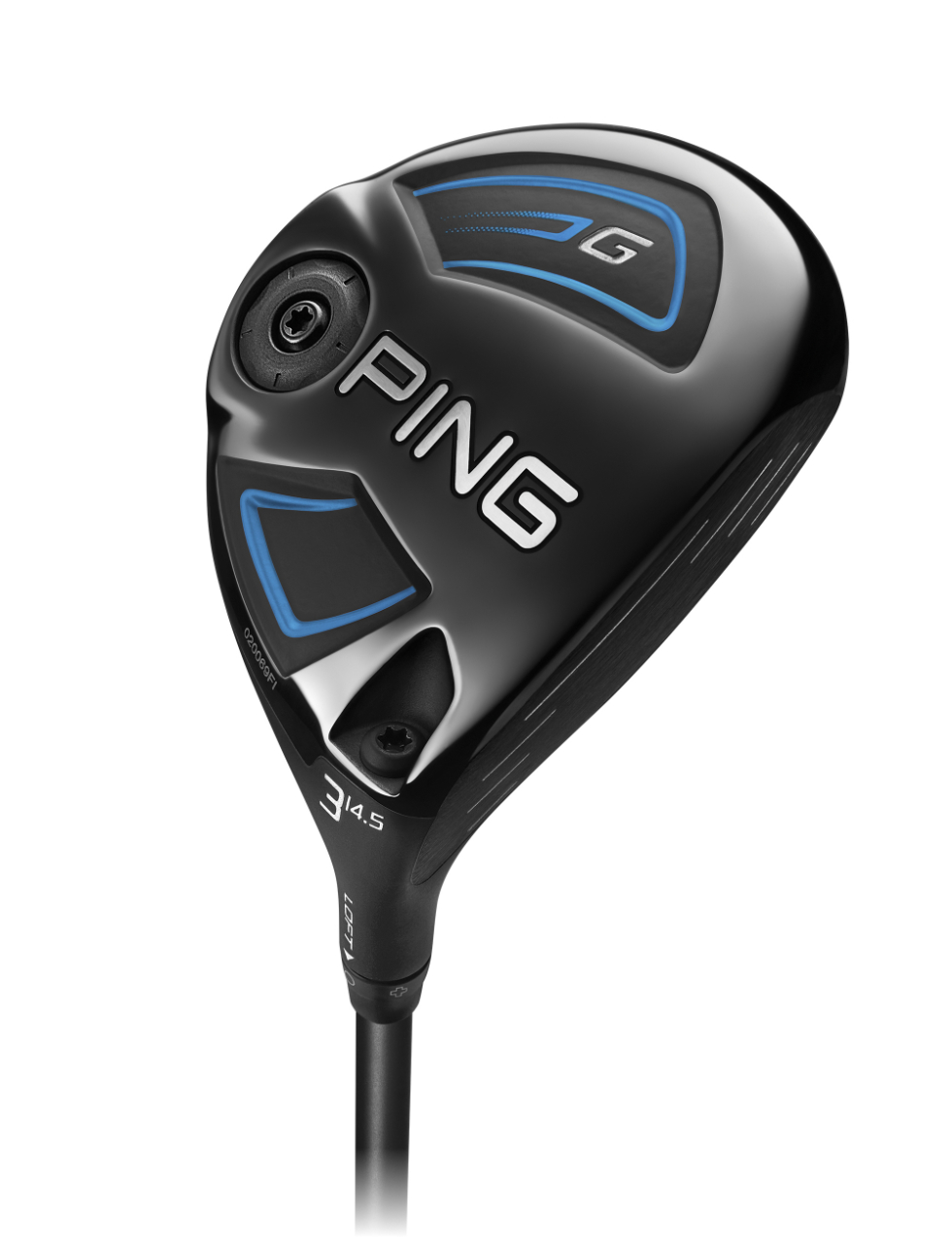 The fairway woods also come in three different versions: the G, the G SF Tec, and the G Stretch. All three retain the turbulators found on the drivers and have a lower leading edge assisting the golfer to get under the ball and impact higher on the face. The G fairway wood also features the thinnest crown that PING has used on a fairway wood allowing for the CG to be low and back aiding in a high launch with low spin and maximum forgiveness. The standard version is available in 3-, 5-, and 7-wood versions. The SF Tec, which like the driver has weight placed to encourage a right-to-left ball flight, is available in 3- and 5-wood versions. The G Stretch is a special design which is meant to hit off the tee. The head is slightly larger and the CG is slightly forward to eliminate spin. The G Stretch is only available in a strong 3-wood option (13.0). 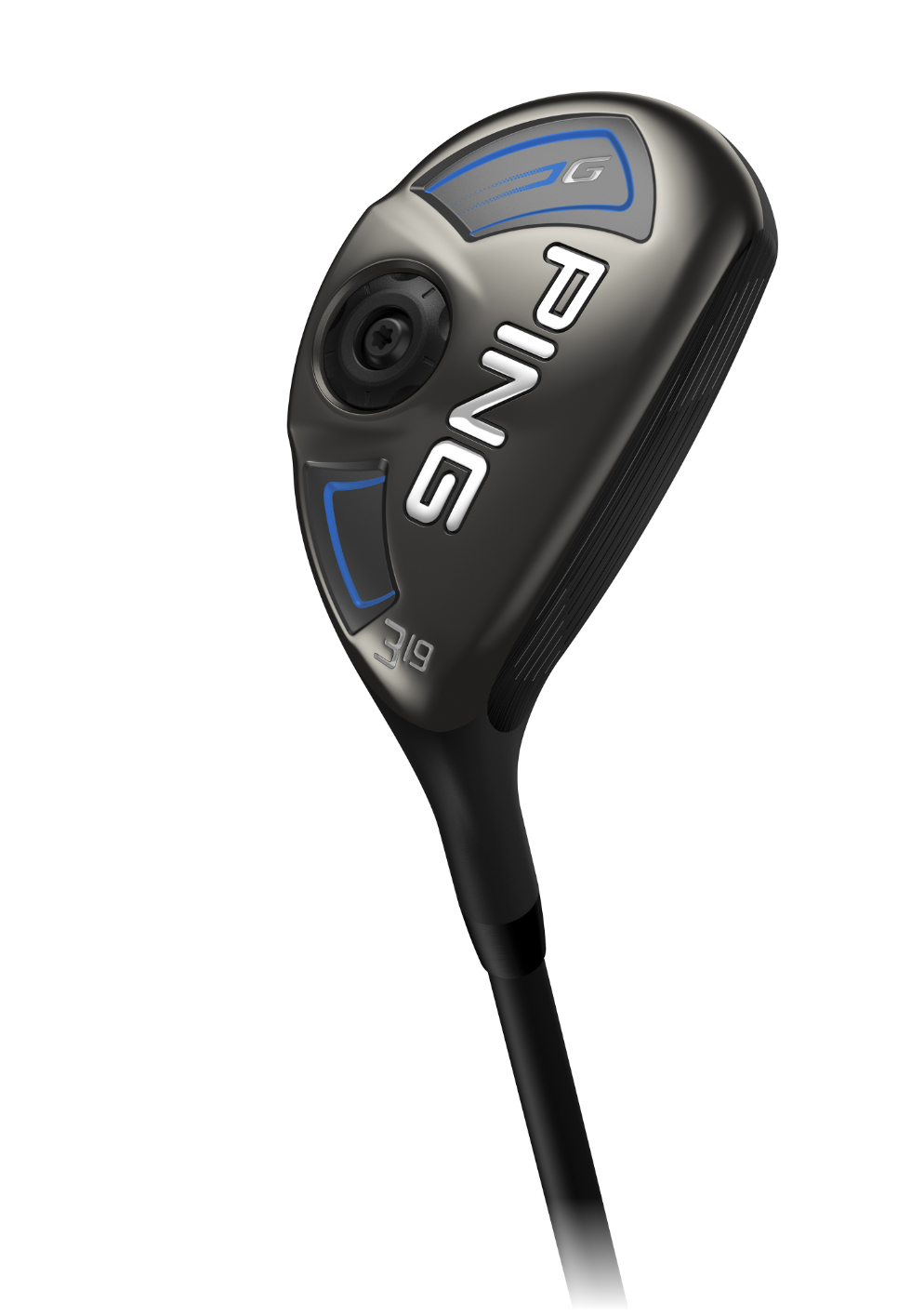 This year, the turbulators have also found their way to the G Series hybrids. Available in 2-, 3-, 4-, 5, and 6-hybrid versions, these clubs feature a new tiered internal sole. This helps activate face flexing leading to longer shots. The crown has been engineered to be even thinner than before creating a CG that is even lower and further back. 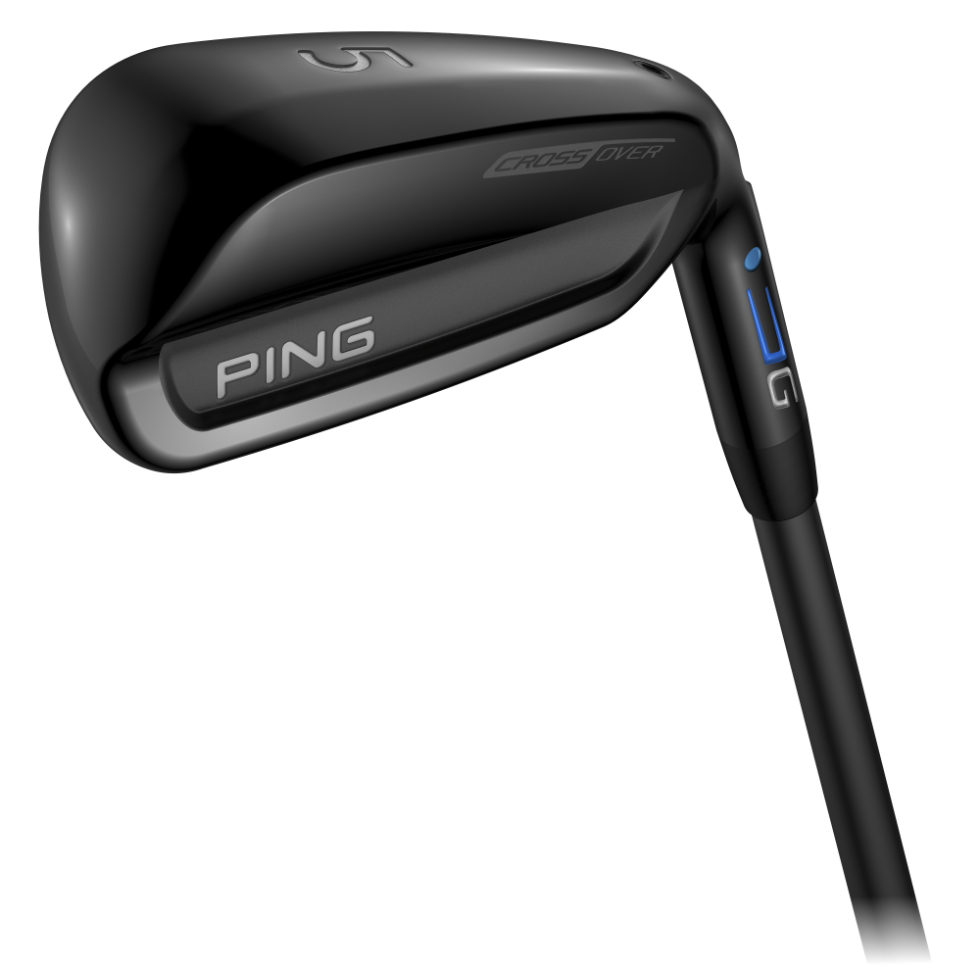 PING has also jumped into the utility iron game with the introduction of the G Crossover. PING would tell you, however, that what appears to be a driving iron, isn’t as it has the workability and control of an iron but the speed and forgiveness of a hybrid. The club uses a cascading internal sole that engages the entire face, sole and top rail in flexing to maximize distance. The club is available in 3-, 4, and 5-crossover versions (18.0°, 21.0°, 24.0°). 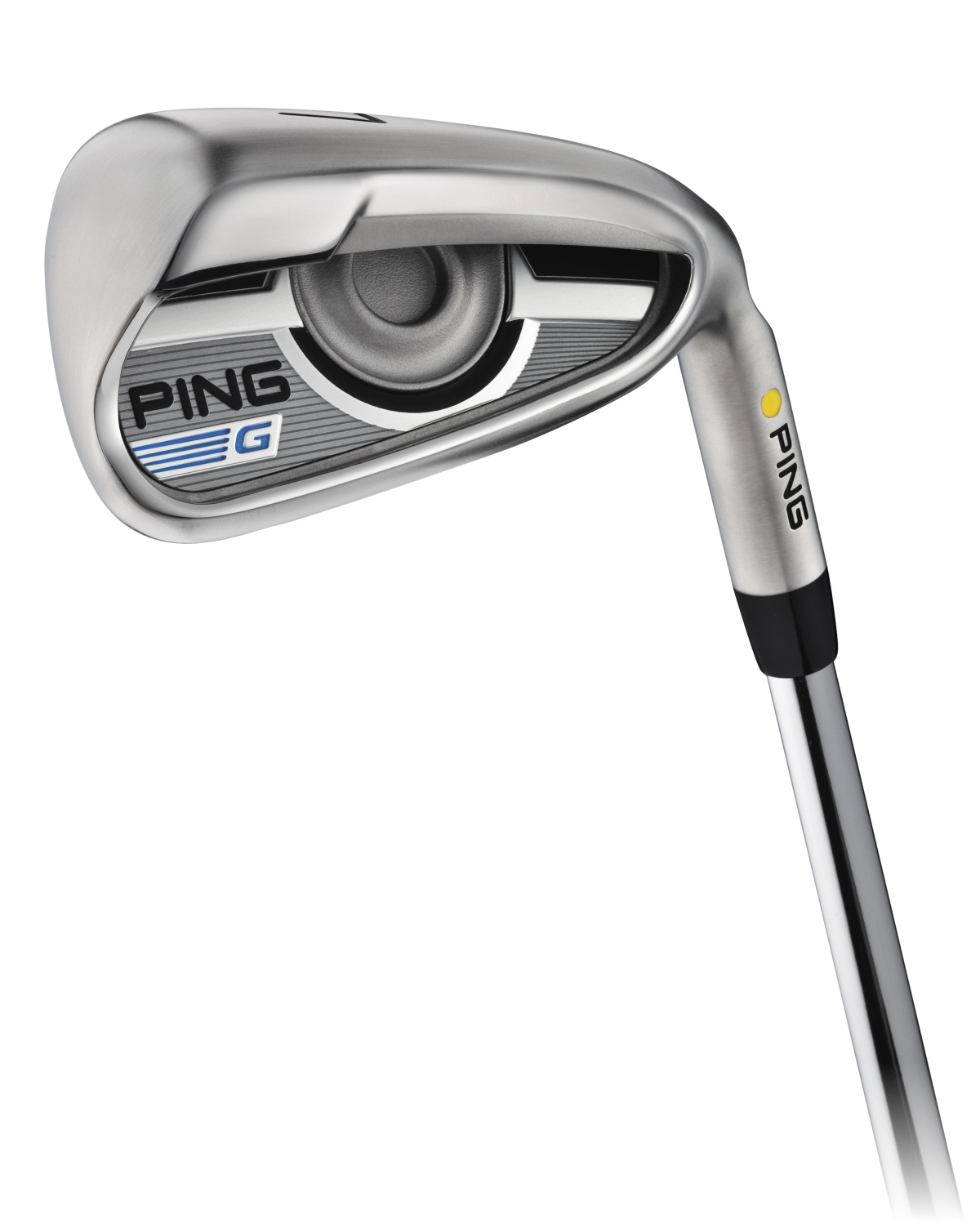 Crafted from a specialized head treated 17-4 stainless steel, the focus of the new PING G irons is distance. The companies COR-Eye Technology allows for four times the amount of face flexing that delivers faster ball speeds across the entire face. Work has been put in to increase the shot height as well, and when coupled with the faster ball speeds leads to more carry distance with a steeper landing angle. The G irons are available from 4-iron through LW. The stock steel shaft is the AWT 2.0 in either regular, stiff, or x-stiff. The stock graphite shaft is the CFS Graphite in senior, regular, or stiff.