Gone from the company’s lineup is the “R” Series, now being replaced with the M1. In addition, the TaylorMade makes improvements to their Face Slot Technology with the new PSi Irons.

TaylorMade, as we all know, is a company that makes release after release. Recently, @boogielicious was able to attend the TaylorMade event in Connecticut where the company unveiled their new driver, fairway woods, and irons and he asked about this issue. The response was surprisingly straight forward. The company sees itself as a leader in golf technology and likes to get the latest and greatest out as soon as possible, rather than sit on it. At times, that can make the company seem a bit gimmicky, but they don’t care.

With the new set of clubs, TaylorMade seems to have put to bed the popular “R” series. In its place, there is now the M1 driver and woods. The company also continues to build upon their face slot technology with the new PSi irons. Read on to get the details on the new clubs.

TaylorMade is dubbing the M1 series as the “unmetalwood.” As one can probably tell from that description, the new driver and woods feature a multi-material design, and in fact, the “M” in M1 stands for Multi-material. TaylorMade says that it is this multi-material design which makes the club the longest driver that they have ever produced. The club uses a proprietary 7-layer Carbon Composite Crown that is extremely thin, light and strong. The light crown, enabled TaylorMade engineers to build a club with a weight-loaded sole creating a very low center of gravity. 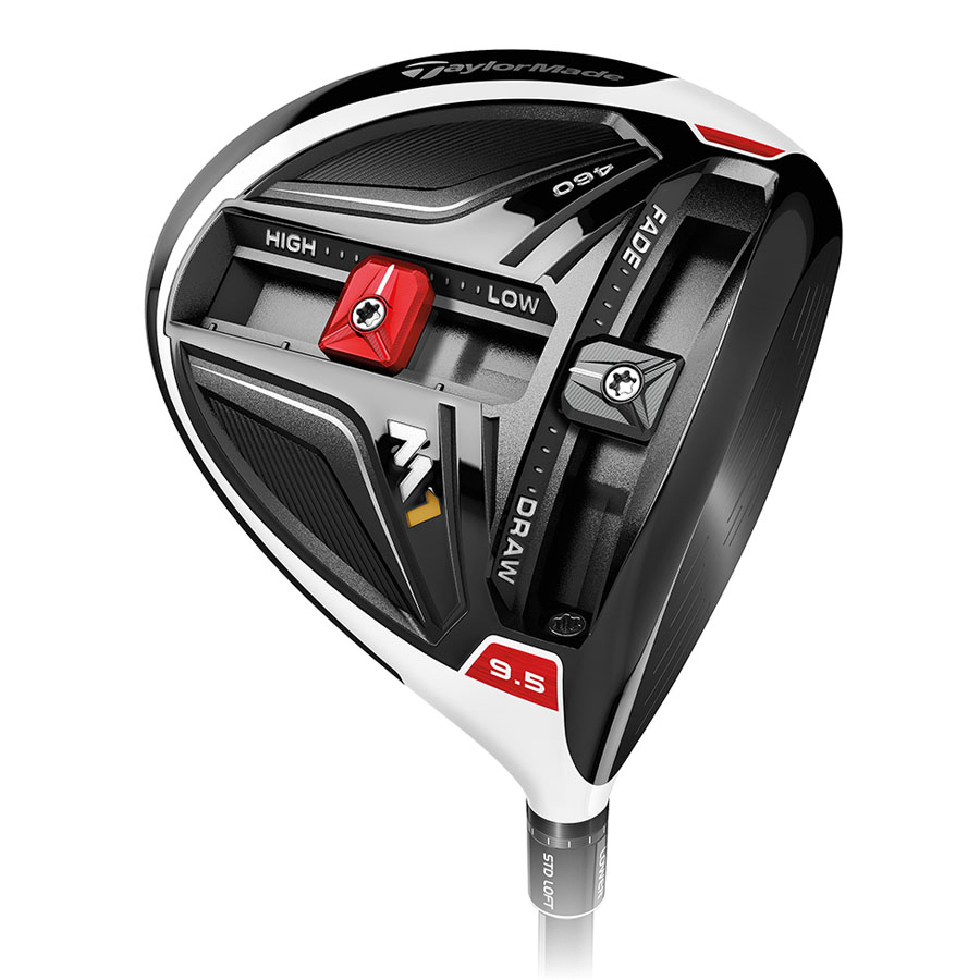 Anybody who is familiar with TaylorMade drivers from the past couple of years knows of their track system, allowing the golfer to adjust the club to help produce a draw or fade. The company has improved upon that idea with the new T Track. The track near the face of the club remains as it was and allows for fade, draw, or neutral settings. In addition to this, there is a track running perpendicular to this allowing the user to adjust spin settings. With this club, there is options for high spin, low spin, draw, fade; essentially, whatever the golfer wants. 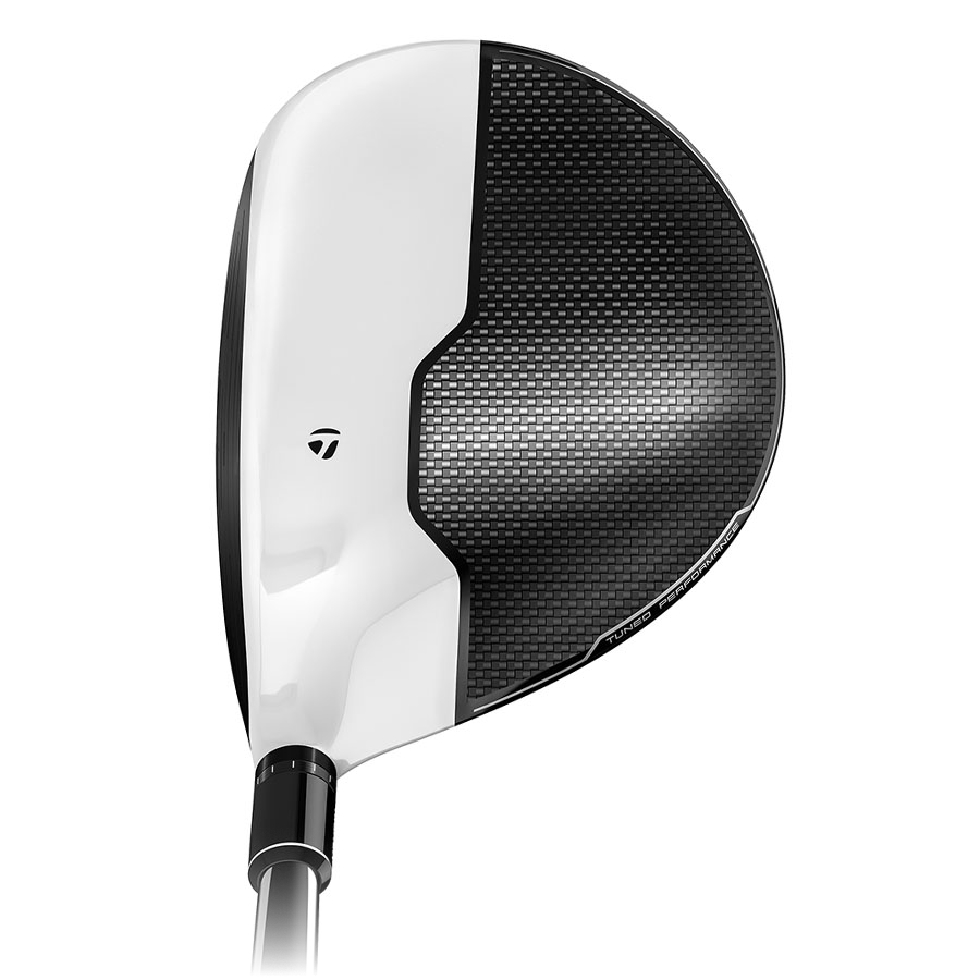 Of course, being a TaylorMade club, this isn’t all the adjustablilty available. The club is available in four different lofts (8.5°, 9.5, 10.5°, and 12°) and uses a Loft Sleeve with allows 4° of adjustment (+/- 2°). The Loft Sleeve also allows for adjustments to the lie and face angle; all in all there are 12 different settings.

There are two different versions of the driver; a full sized 460 cc model as well as a slimmed down 430 cc version. Three after-market shafts make up the stock shaft offerings. Players looking for a high launch will want to opt for the Fujikura Pro 60, wile the Mitsubishi KuraKage Toni Silver 60 or Aldila Rogue Silver 70 will be the better choice for those looking for a mid or low launch. 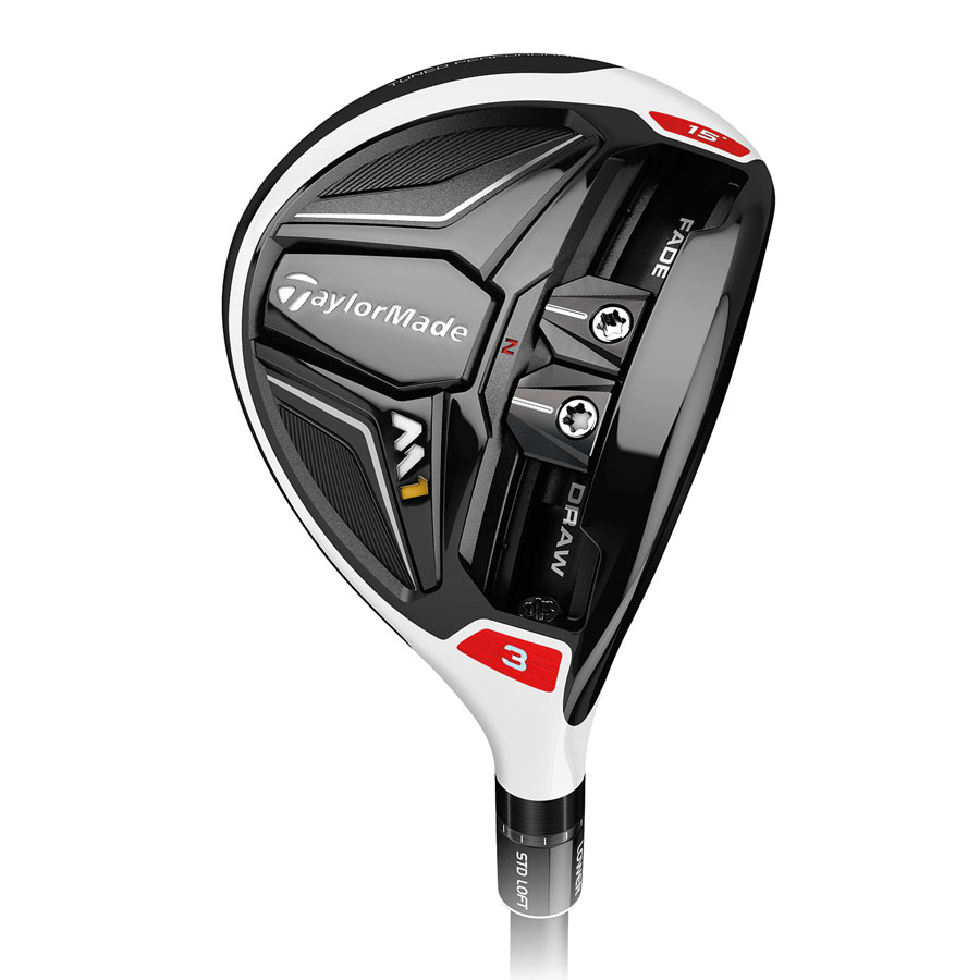 The M1 isn’t just the driver, however, but rather an entire family of woods and rescues. The fairway keeps many of the same technologies (multi-material construction, Loft Sleeve) but looses the T Track. Instead, the front track has two weights instead of just the one found on the driver. While the rescue doesn’t have any tracks, it does have two movable weights to allow the player to dial in a neutral or fade bias. 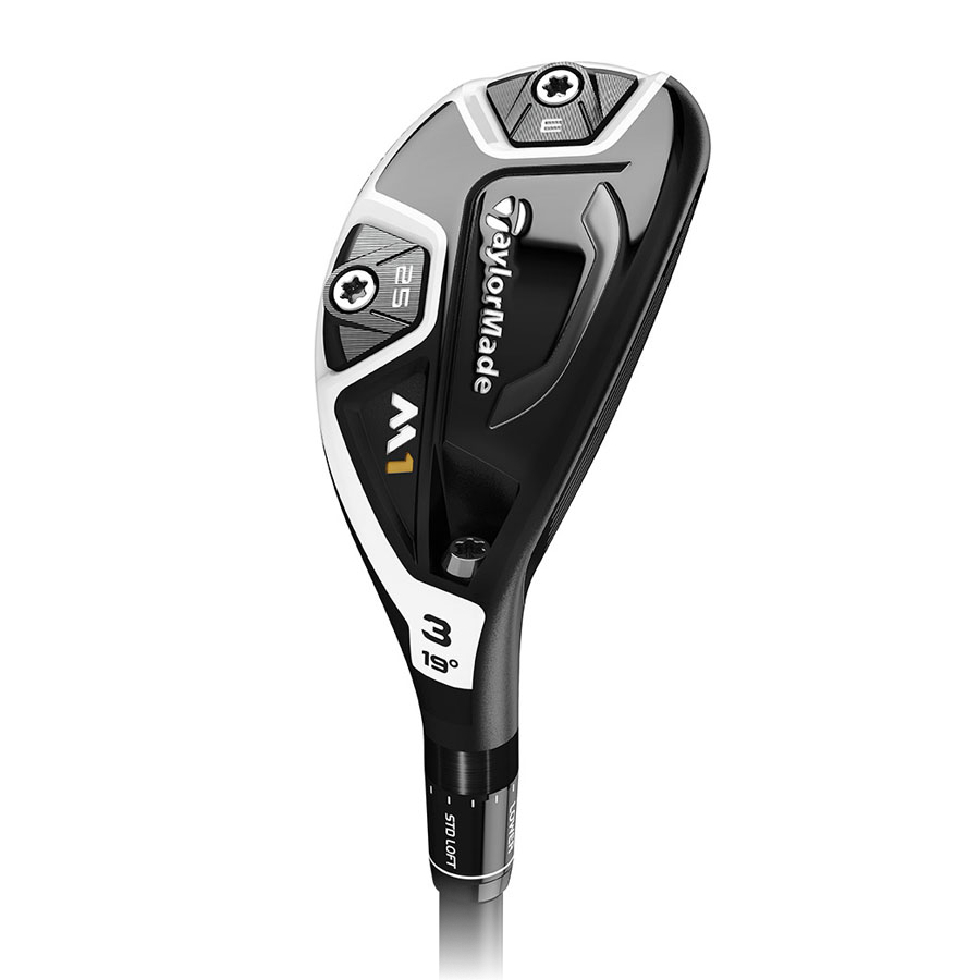 Also announced are the new PSi Irons. Like the M1 series, these irons feature a multi-material design. The first focus with these clubs was producing superior feel, which is achieved through the Dynamic Feel System. This consists of a multi-material badge that reduces vibration across the face as well as re-designed head geometries, tungsten weighted long irons, and forged short irons. 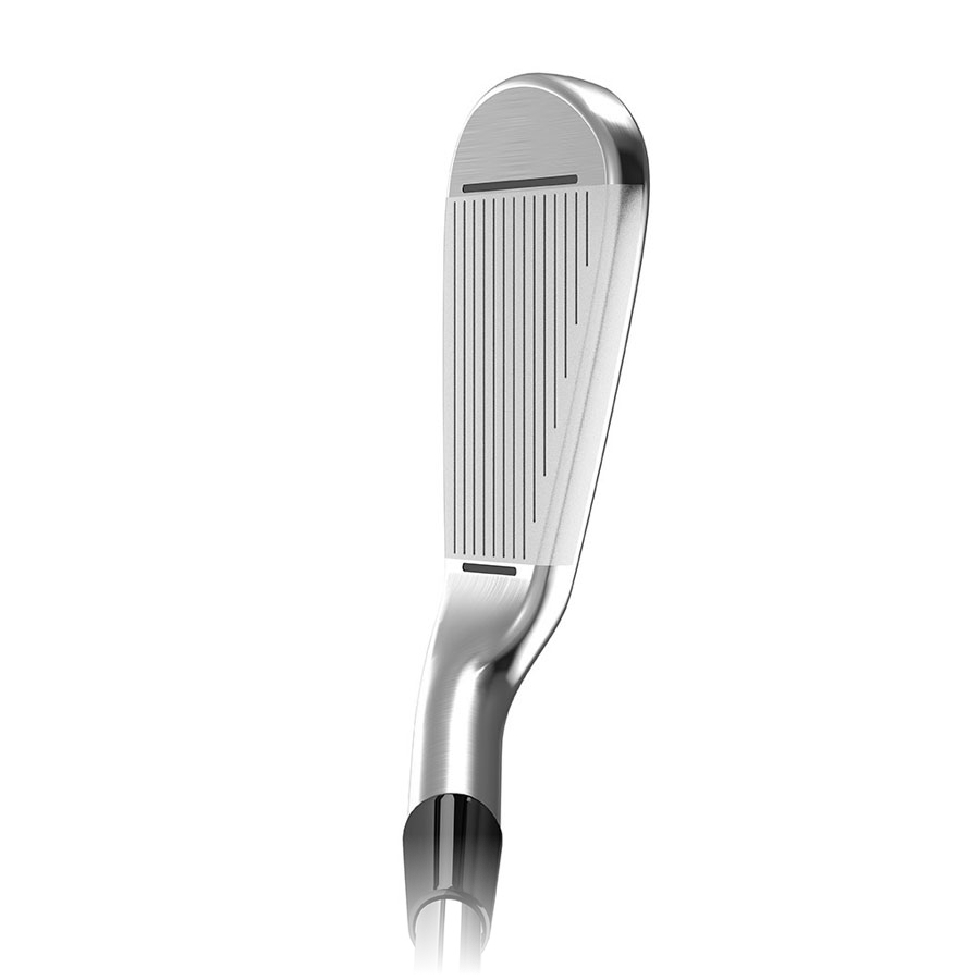 While creating a great feeling iron was important to TaylorMade, creating a great looking one was as well. The clubs feature classic lines and shapes to give the clean look of a traditional players club. Of course, the big pieces of technology on the PSi Irons are the Face Slots and the Cut Thru Speed Pocket. The Speed Pocket allows for more distance and consistency, especially on shots struck low on the face, a shot most amateurs excel at hitting. The Face Slots also help to improve distance by helping out on those shots on the heel and toe. 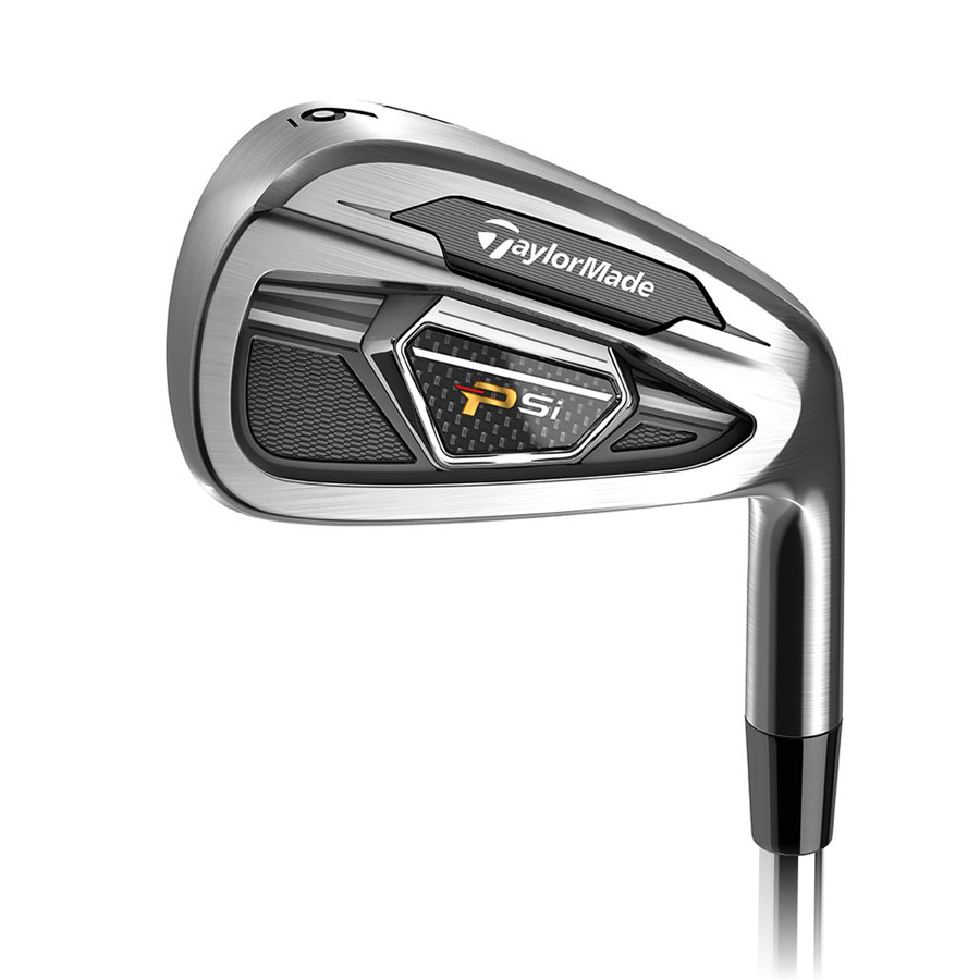 Set make-ups will vary and can include from the 3-iron all the way to SW. Two stock shafts are available. For those looking for steel, there is the KBS C-Taper 105, while the graphite option is the MRC KuroKage.

In addition to the PSi Irons, there will be the PSi Tour, which the company expects to be their most played club on the PGA Tour in 2016. The stock shafts for this model is the True Temper Dynamic Gold S300.

Release dates and prices are as follows: