Titleist, as it has done every other year for the last few years now, is updating their driver offering with the release of the 913 series of drivers. Like the 910 series, there will be two different models – the larger, more forgiving D2 and the smaller, more workable D3. Also coming back is the SureFit system which allows the golfer alter the loft and face angle of the club. While there are a lot of similarities between the 913s and the 910s, there are a lot of new features as well.

Looking at the the similarities to the 910s, Titleist has kept the same basic look for the new additions. Both models feature a glossy black crown and the black face with red accents. Visually, the new 913s look exactly what they are, an update to a previous model. However, as you look deeper into the features of the new clubs, you’ll see that there are a number of changes that have been made.

As before, the two different models are aimed at different groups of golfers. The D2 comes in with a full pear shaped, 460cc head for more forgiveness, while the D3 is a slightly smaller, 445cc traditional pear shape offering more workability to the better golfer. However, this year, both models have the same launch and spin characteristics to provide maximum fitting flexibility. This was achieved by making the center of gravity equally low in both clubs, which meant moving the center of gravity lower in the D2 to match the D3. Engineers at Titleist also optimized the CG by creating a crown that was thinner allowing them to move more of that mass to the bottom of the club.

One area where Titleist put in a lot of work with the 913s is the new face, which they say is their fastest ever. The company achieved this through a new variable thickness face insert. The insert is forged out of 6-4 titanium. The insert is thickest in the center as it mirrors the outer face profile. As you move out from the center the face becomes thinner and tapered so that it matches up with the body thickness at the face perimeter. As with the crown, the face is lighter in the 913 vs. the 910 which allows that weight to be redistributed to optimize the CG. 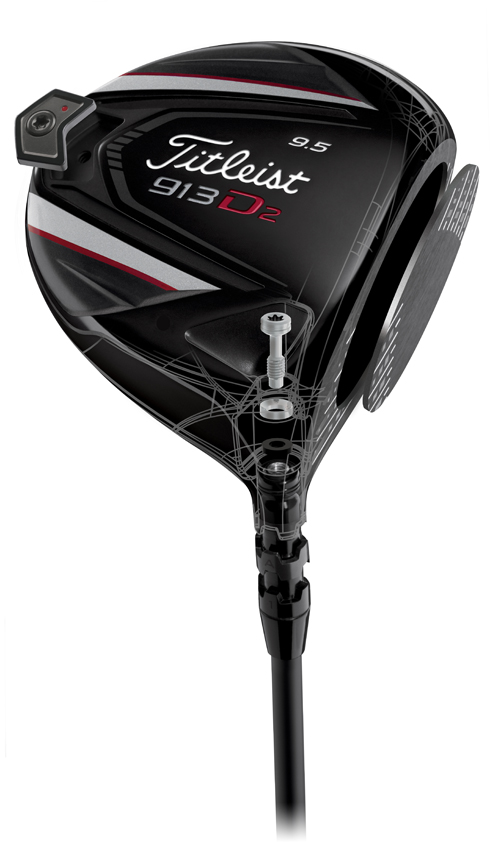 Another aspect of the club that remains unchanged is the SureFit Tour hosel, which is arguably the best available as it allows for a number of adjustments and allows the golfer to adjust the loft and face angle independently of each other. Titleist likes to call this system a “Tour Van in a Hosel” because it allows golfers to do exactly what they could on a tour van, that is make loft, lie, and face angle adjustments and swap shafts. For those unfamiliar with the SureFit Tour Hosel, it works by utilizing a ring (lettered A, B, C, D) and a sleeve (numbered 1, 2, 3, 4) giving a total of 16 different settings. Owners of a 910 driver will be happy to know that they can use that shaft in their new 913, if they’d like. However, while the hosel has not changed, the available shafts have, and there are a number of them available.

There are a total of five stock shafts available for the 913 drivers, four of which are aftermarket shafts. The first is the the Mitsubishi Titleist Bassara W 50, which provides the highest launch of the available shafts. There are also two Mitsubishi Diamana +Plus shafts, the White 72 which is a low launcher, and the mid-launch Blue 62. There are also two Aldila shafsts in the mix, the low-mid launch RIP Phenom 70 and the lower-mid launch RIP Alpha 60. 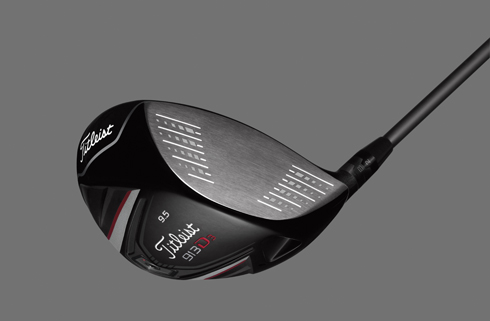 Though the 913s have seen plenty of use on the tour already in the bags of players like Rory McIlroy, the general public will have to wait until November 1st to get their hands on the new sticks. Both the D2 and D3 are available to both righties and lefties in lofts of 8.5°, 9.5°, and 10.5° with the D2 having an additional available loft of 12°. Right-handers will also have the option of 7.5° in both clubs. Both clubs come with a standard length of 45″ and the Titleist Tour Velvet 360 degree rubber grip, which looks the same no matter how the shaft is aligned. The drivers will go for $399 when they hit shelves.