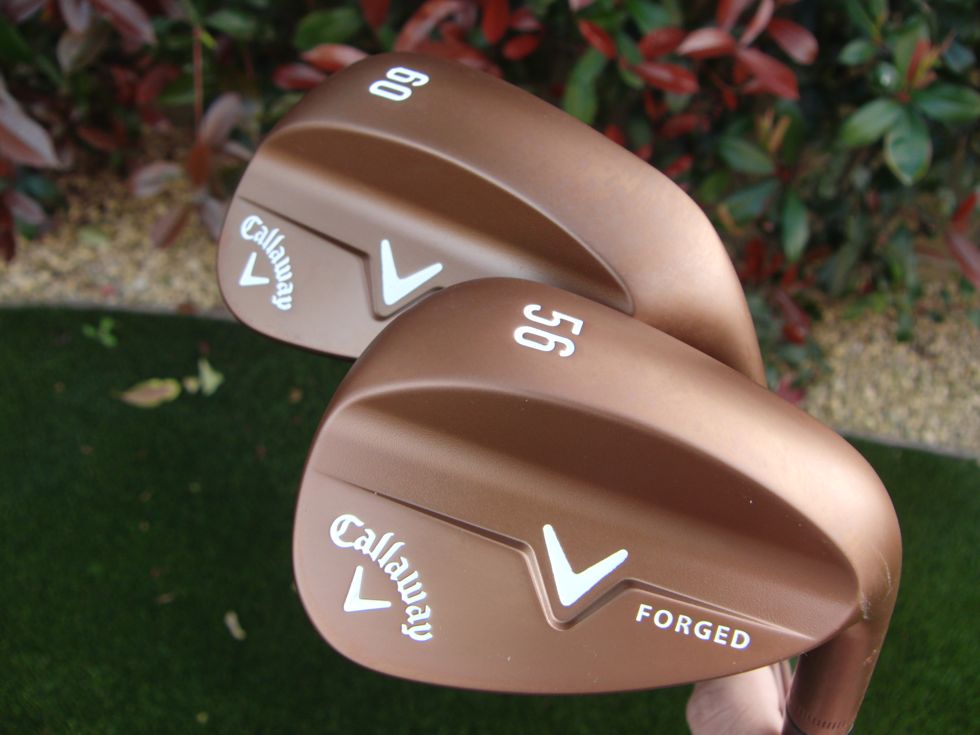 Wedges really have not changed much lately, especially since the inception of the new groove condition of competition back in 2010. We used to hear from OEMs yearly about “Y-Cutter” grooves or “Mack Daddy” grooves or “Zip Grooves,” and now – nothing. In the ever-popular evolution vs. revolution dichotomy, what we have seen with wedges doesn’t even register on the scale.

We have seen refreshes and we have seen steps-up, but nothing show-stoppingly innovative, nothing that will truly blow your socks off with technology.

Callaway isn’t necessarily here to change that. Callaway is going to offer their typical brand of understated refinement, and to bring a certain amount of elegance to the wedge game. After the slightly flashier X-Forged and JAWS lines of wedges, the Forged Wedges are minimalist, simple, and great-looking. And from a variety of lies, they perform great.

That’s as good a reason as any, but is it enough of a reason to buy a few over similar offerings from Titleist and Cleveland? Read on to find out.

Design and Technology
The Callaway Forged Wedges are forged from a soft 1020 carbon steel, and are designed to have a higher toe as well as a straighter leading edge. The second one might be the most important part, as I’ve long preferred the straighter leadings edges of Vokeys to the more rounded designs from Callaway and Cleveland.

Callaway offers the Forged Wedges in two finishes: what they call “Trivalent Dark Chrome,” as well as Copper. The chrome wedges are somewhere in between the traditional silver and the black nickel color that Titleist and Cleveland offer. Callaway says that the copper wedges are designed to patina as they wear, and form a more green color than the brown rust that forms as oil can finishes oxidize. 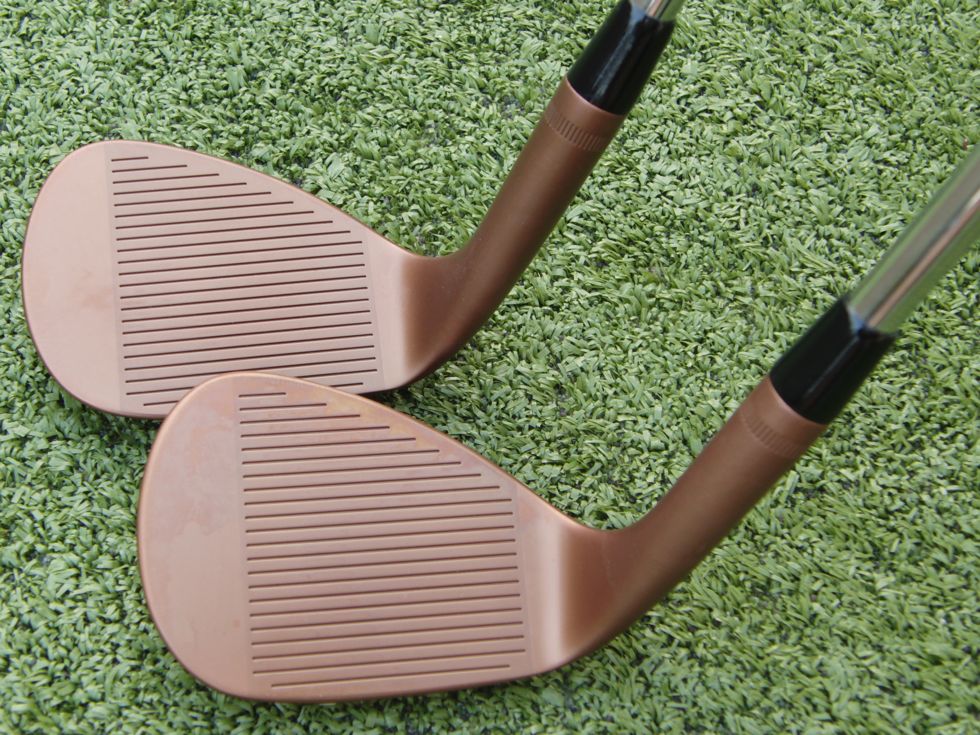 The Forged Wedges come with a C-Grind sole, designed with a more gradual shape that Callaway says provides increased versatility. The sole is wider than most, but the c-shape is made in such a way that much of the sole is only exposed when the face is opened. Callaway says that “each loft … has been paired with the ideal bounce to provide optimal turf interaction and versatility for creative shot-making.”

Last up are the grooves. Callaway says that their Triple Net Forging process allows them to place 21 tightly-spaced grooves that bump right up against the USGA limit on sharpness across the face for optimal control.

Esthetics
The best-looking wedge I’ve ever owned was an old Nike SV. It was the epitome of simplicity – chrome and adorned with only the Nike Swoosh and the letters “SV.” These Callaways, though ever-so-slightly more cluttered, are in that same style.

The sole of each wedge shows just the loft. No “Callaway” script, no chevron logo, and no number. That can be found on the hosel of the club, alongside the letter “R.” The rear has the Callaway logo as well as the word “Forged.” 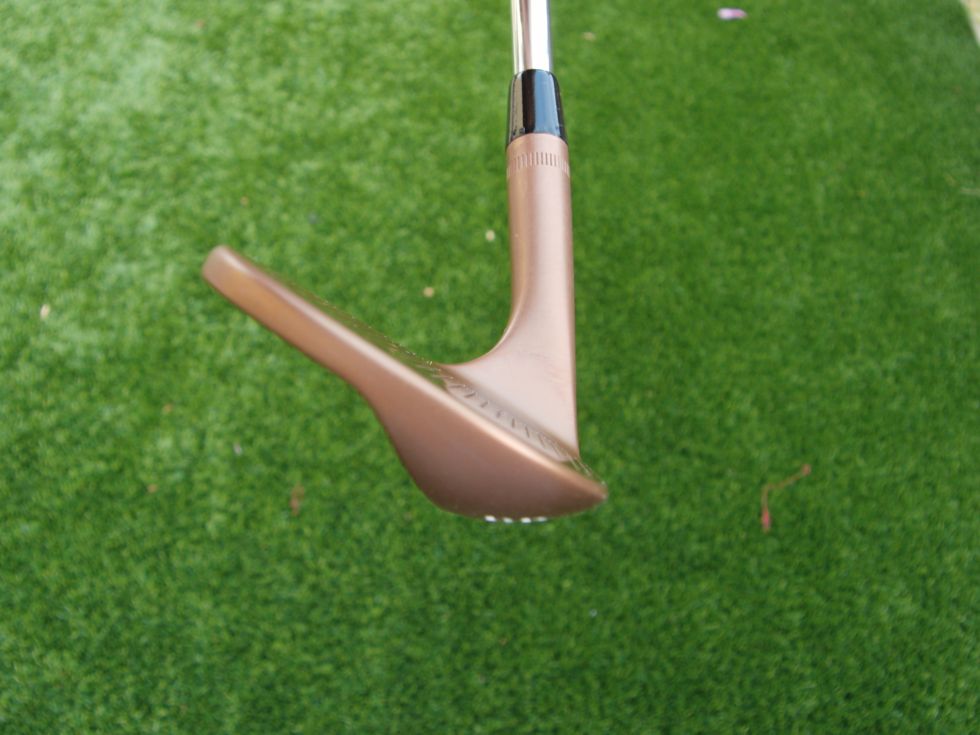 These wedges are plenty clean at address as well. The grooved section of the face is sand-blasted, which frames the ball nicely. The leading edge is among the straightest around, which is what I like to see. And the overall shape of the club is somewhere in between rounded and teardrop.

The copper-color finish is different from the finish of a Vokey oil can wedge. I like the sort of weathered look of oil can wedges a bit better than these, but I do enjoy the look of the copper-colored wedges. They’re clean, confidence-inspiring, and downright good to look at.

That said, the copper finish is mostly gone from the sole of my LW, and it just looks beat up, not old and gnarly in the way that the Vokeys wear.

Performance
When I reviewed TaylorMade’s ATV wedges last year, I mentioned the fact that I carry two wedges: a LW and a SW. The SW is my dedicated 100-yard club. It goes a specific, repeatable distance with my stock swing that I can use to base other distances off of. Every shot inside about 85 yards comes off the face of my LW. That’s full swings, pitches, chips, sand shots, and everything in between.

To test out the SW, I just picked a spot on the range and hit balls to a flag 100 yards away. I liked the weight of my old Vokey a bit better, but I have no real qualms about the Callaway wedges. Distance control was plenty easy and I could adjust the trajectory when necessary. The bounce level of 11˚ could have been higher, but it was at least adequate for full swings. 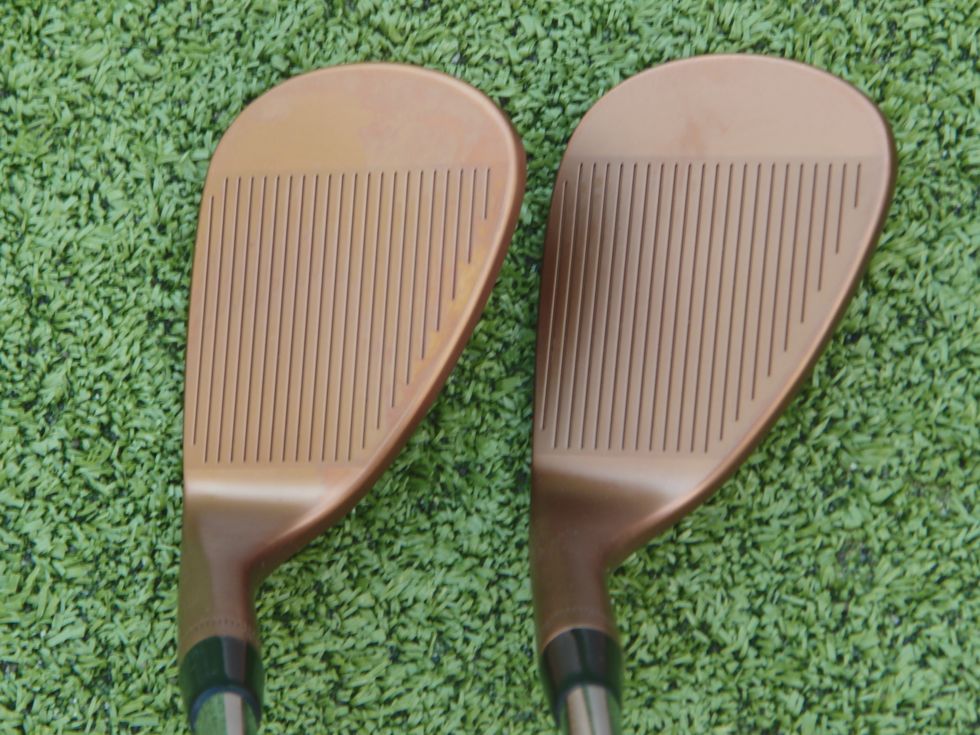 The first thing I did with the LW was take it to the short game area at my driving range. I threw a bunch of golf balls into the bunker, and then scattered the rest surrounding the green.

I can’t really overemphasize just how great the Callaway Forged Wedges were out of the sand, from a variety of lies. I could skim the sand and hit the ball high with spin, or thump it out low. I was really, really impressed. (I’ve also ruled out my own skill as a factor here; I hadn’t practiced sand shots in nearly a year.) Something about the combination of the bounce, grind, and weight made sand shots a breeze.

I wasn’t quite as impressed by shots off the turf. Whatever I liked about sole of the club out of the bunkers, I didn’t quite like it for pitch shots. That’s not to say it was bad, because it wasn’t, but I couldn’t use the bounce quite the way I wanted to. I generally prefer a sole design with a higher bounce angle and more trailing-edge relief, and that’s not really what the Callaway Forged Wedges have.

Another quick note on the bounce: they only offer one levels of bounce for each loft. If you don’t like the 9˚ of bounce that come stock with the LW, either get used to it or look elsewhere. 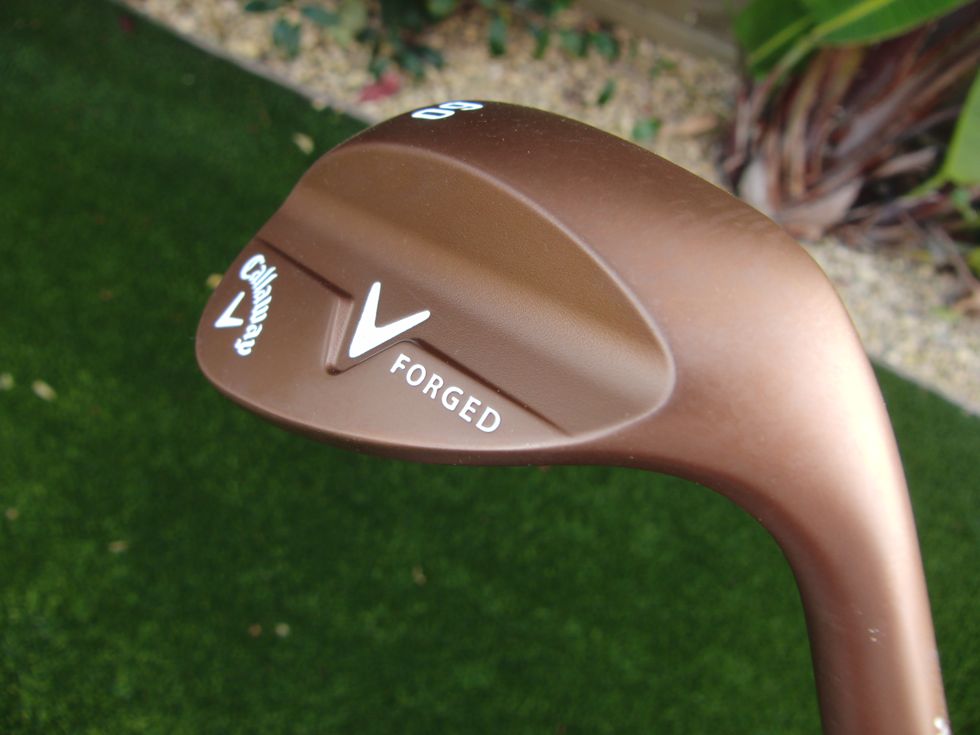 Chip shots that didn’t use the bounce were easy enough because the sole was out of the way, and flop shots were also fine.

Spin was very good, some of the best of the current generation of wedges. The grooves on these wedges are thinner and packed closer together, which is what many OEMs have been doing after the groove rule went into effect. It was better than the ATV wedges from last year, but still not up to pre-2010 levels.

Specs
The Callaway Forged Wedges come stock with True Temper Dynamic Gold S300 shafts, though custom options are available from KBS (Tour, C Taper), Royal Precision (Project X), Nippon (N.S. Pro 990), and TT (DG SL, GS-95). The stock DG S300 is a bit of a disappointment (I’ve come to be more of a fan of the Project X and KBS shafts myself), as are the custom options. Callaway does not list any specialty wedge or spinner shafts available as options. That’s unfortunate, though not a huge deal since reshafting one or two wedges is not particularly expensive.

The stock grip is the Lamkin Crossline M58, black with a white chevron logo. I ended up swapping mine out for my preferred Tour Pride New Decade Multi Compound in midsize, but the Crosslines were favorable to most stock offerings.

One big downside here: No bounce options, and the bounce is quite low across the board.

Conclusion
Wedges are a tricky club to replace. While club companies come out with new models every year or two, they’re not really something consumers are looking to change. Consistency and familiarity are key, but the yearly cycle doesn’t really lend to that.

Enter the Callaway Forged Wedges. If every wedge looked like this, the year-by-year refreshes wouldn’t really be that big of a deal.

They’re soft, great-looking, and durable. I was able to get the ball to get airborne from a variety of lies, and the spin was fantastic.

If you’re in the market for wedges, Callaway’s offerings are not to be overlooked.