Callaway has, once again, made a good putter even better. The design of the Versa Two Ball makes it stand out from any other Two Ball on the market. 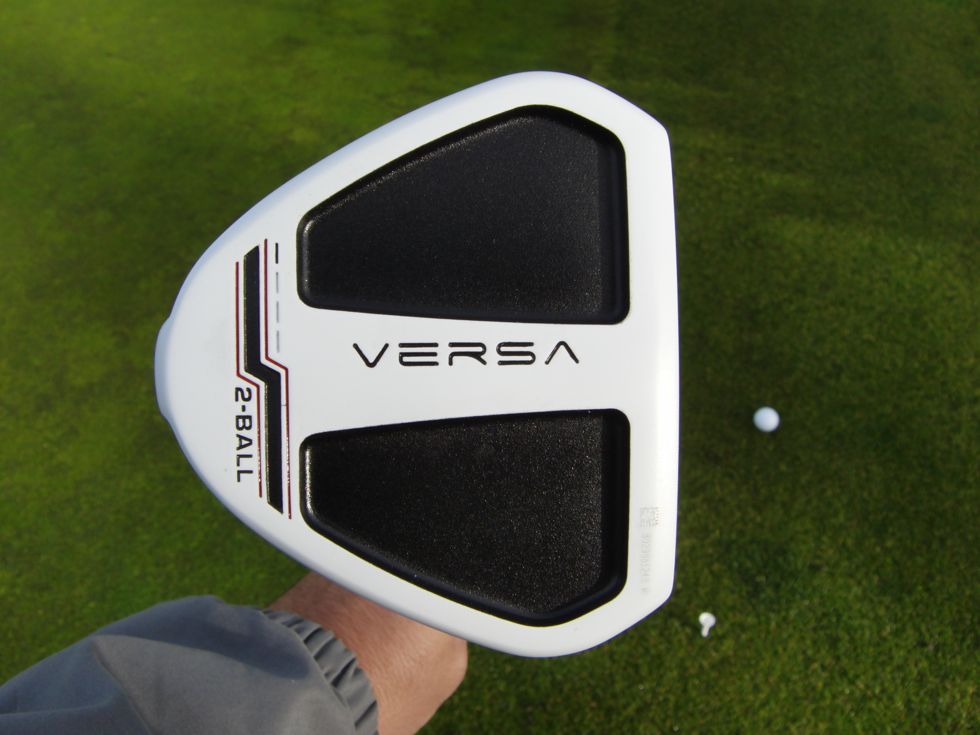 Last year I reviewed the Two Ball Metal-X putter. When I had the chance to get my hands on the new Two-Ball Versa I jumped at the opportunity.

This is now the third different version of the Odyssey Two Ball that I’ve had a chance to put in my bag. I kept the Metal-X for the better part of last year and didn’t replace it until the Versa came. While the changes last year were more in the materials of the putter, this year the changes are a lot more in the design.

Did they improve on what they had done last year? What are the big changes other than the color? Read on to find out.

Design and Technology
Odyssey has been working for the past few years on their putter lines and incorporating significant changes. Last year we saw the new Metal X line of putters introduced and we had a chance to review that version of the Two-Ball. The changes in materials in that version were revolutionary the overall shape of the Two-Ball did not change much. This year, the Versa’s changes on the shape stand out more than the materials. 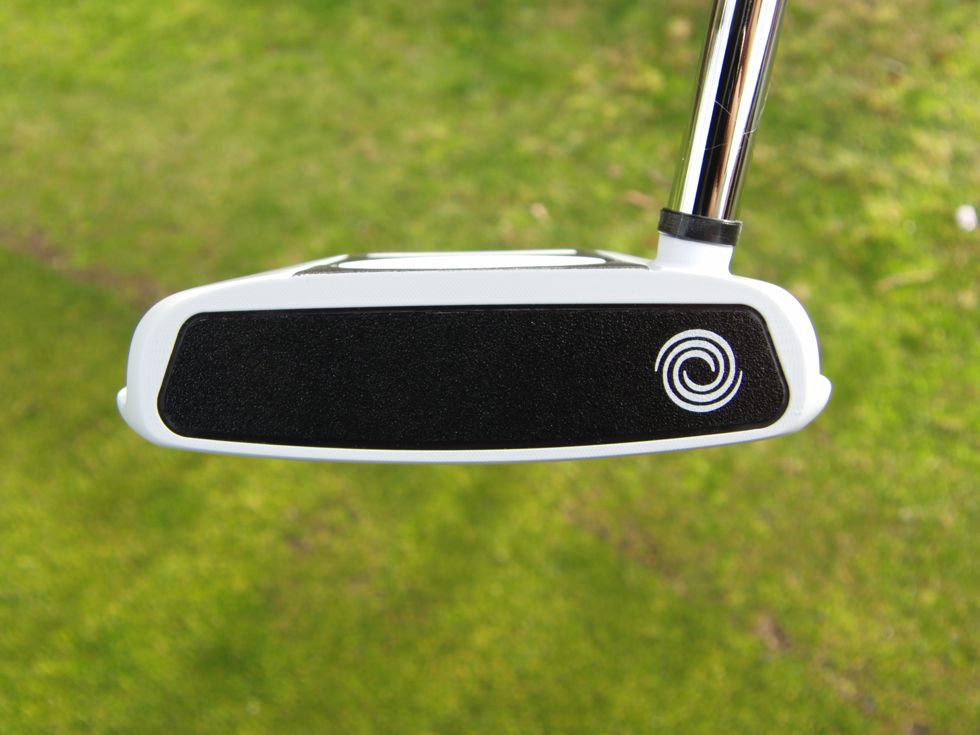 Here you can see the new insert that Callaway is using.

The insert on the Versa has gone from the 6061 aluminum found on the Metal X back to the materials found in the White Hot. Each putter in the Versa line has an insert specifically designed and custom for that version. The main difference is that this insert is black and more firm than previous White Hot versions. How firm? I’ll get into that a bit later.

Aesthetics
The aesthetics of the Versa are a bit more difficult to describe but the shape is basically the Two Ball V-Line. The coloring, though, is not like any other of their putters. The outer edges of the putter are the same pristine white that the two ball alignment aids are. Those alignment aids are encased in a black box that runs the length of the top of the putter giving the golfer an even better alignment aid. According to Callaway:

Our new visionary high contrast alignment technology highlights the proper face angle from address to impact, allowing you to align the putter throughout your stroke.

Their tag line says that “1 degree is the difference between in and out.” Callaway’s focus is on making sure that they take as much variance out of the equation as possible. Next, I’ll discuss if they’ve accomplished their goal or not.

Performance and Feel
I have been using the Metal-X for a while and really liked how it felt and it’s advantages for alignment. I struggled at times with a blade putter and shorter putt alignment was much better using the Two-Ball. 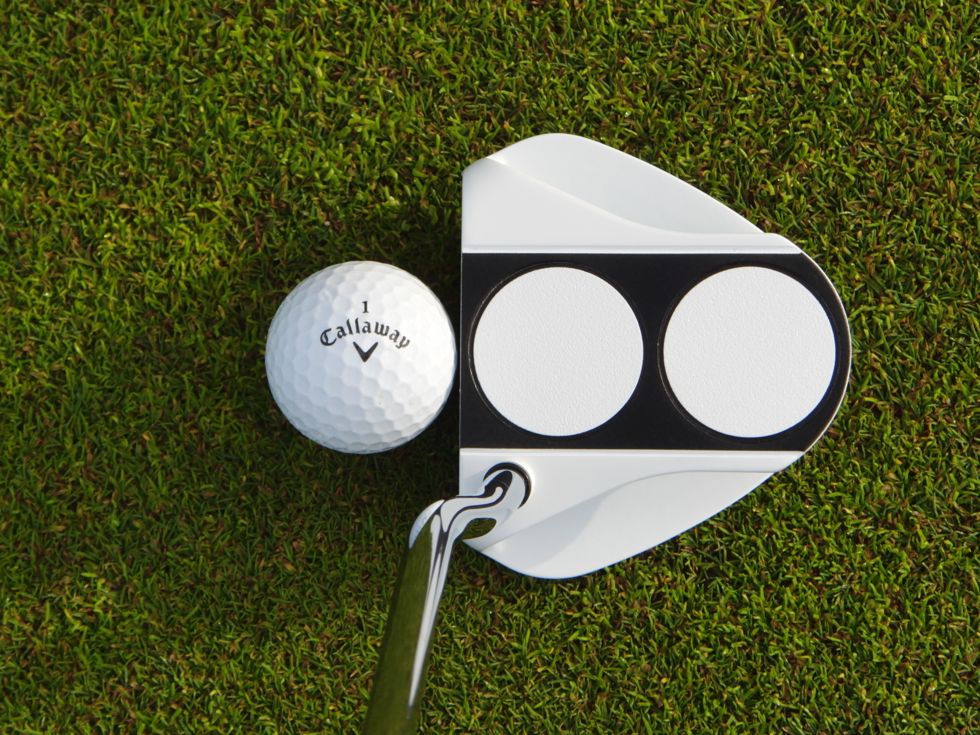 Even though the alignment with the Metal-X was improved over the blades I was using, the Versa was that much better. I’m a much bigger fan of the shape of the Versa over the Metal-X. When resting the putter behind the ball the Versa does not turn open at all. One of my pet peeves for any putter is if I can’t do just that. Part of my putting routine is to align the putt with only my left hand. When I do this I rest the putter down and then bring my right hand to the grip. Sometimes, during this process, the grip pressure is light and the putter can open up if that is its normal tendency. The Versa didn’t do anything of the sort, which is a big positive in my book.

Getting back to the feel of the ball off of the face, it was definitely softer than the Metal-X and designed to be that way. The best way I can describe the difference is that the ball does not feel like they “click” off of the face as they did off of the Metal-X. Compared to the White Hot putters, they were a bit firmer. I have owned a Two-Ball White Hot a few years back and that putter was a bit too soft. The Versa is a perfect blend between the two. 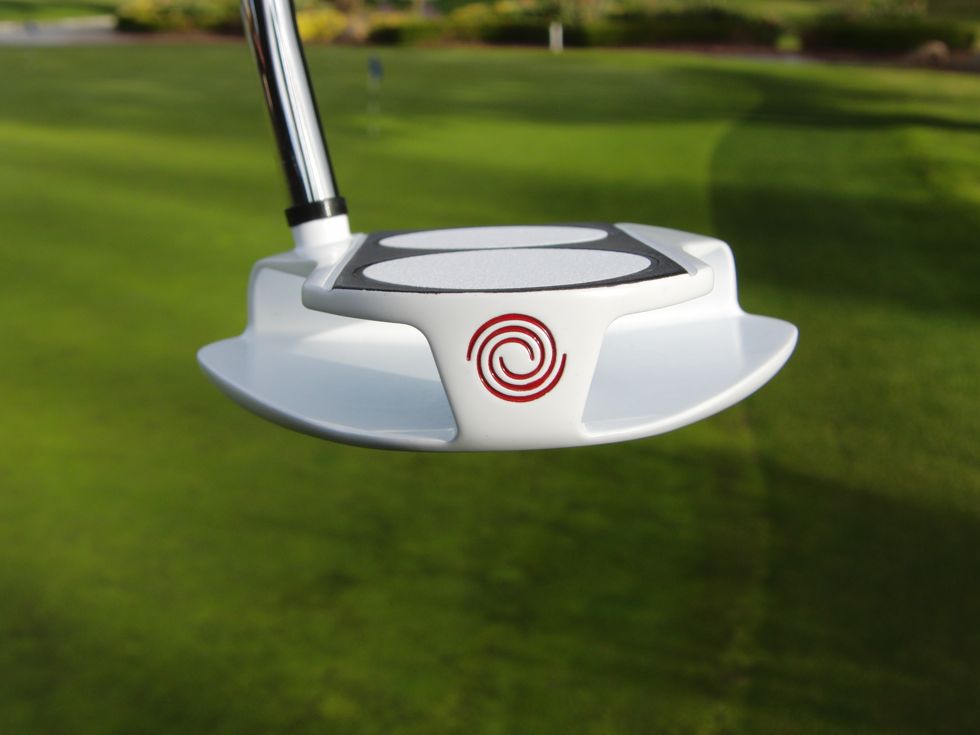 As for performance, I’ve been impressed and putting very well with the Versa. I had improved upon my short to mid-range putts last year by switching to the Metal-X but this year took it another step with the Versa. My putting was still a bright spot in many rounds and felt like I made a lot more putts outside of my typical range. Anything inside about 20 feet I feel like I can make. Anything outside of that range I’m trying to make but feel like it is a bit of a bonus. Those 20+ footers seem to be falling a bit more often now. I’ve been well served by having the Two Ball Versa in my bag

Specs
The model I tested for this review was the standard Versa Two Ball model. You can get it only in right handed (sorry lefties) and in lengths of 33”, 34” or 35” in half-inch increments. Standard lengths are 33, 34 or 35 inches.

Odyssey also allows you to modify the standard grip. For the Lamkin or any other non-standard grip there is a $5 up charge. As with the Metal-X last year, all sorts of colors including ranging from yellow to blue to orange to pink. You can also have your grip wrapped up to an additional 1/8 of an inch for those of you with larger hands. After I got the Versa I had a Super Stroke put on that I loved. Odyssey actually offers two of the different Super Strokes as grip options.

Standard lie angle is 70 degrees but you can adjust that up or down 3 degrees. Weight comes in at 355 grams and the Two Ball has a loft of 3 degrees.

Conclusion
I really can’t find anything bad to say about the Versa Two Ball. The color scheme is a great improvement from the Metal-X and White Hot models. Also the feel of this putter puts it right between those models and now makes the Versa THE version of any Odyssey putter to own. Anyone looking at the Odyssey line, no matter the mode, should start with the Versa

Once again Odyssey has impressed me by making a good product and making it even better. It is hard to keep investing and improving without taking a step back. I give the team at Odyssey a lot of credit because they have done exactly that two years in a row. I’ll be watching closely to see what they have up their sleeve for the next two.