PING’s newest driver features radical new technology aimed to get you swinging faster and bombing it down the fairway. 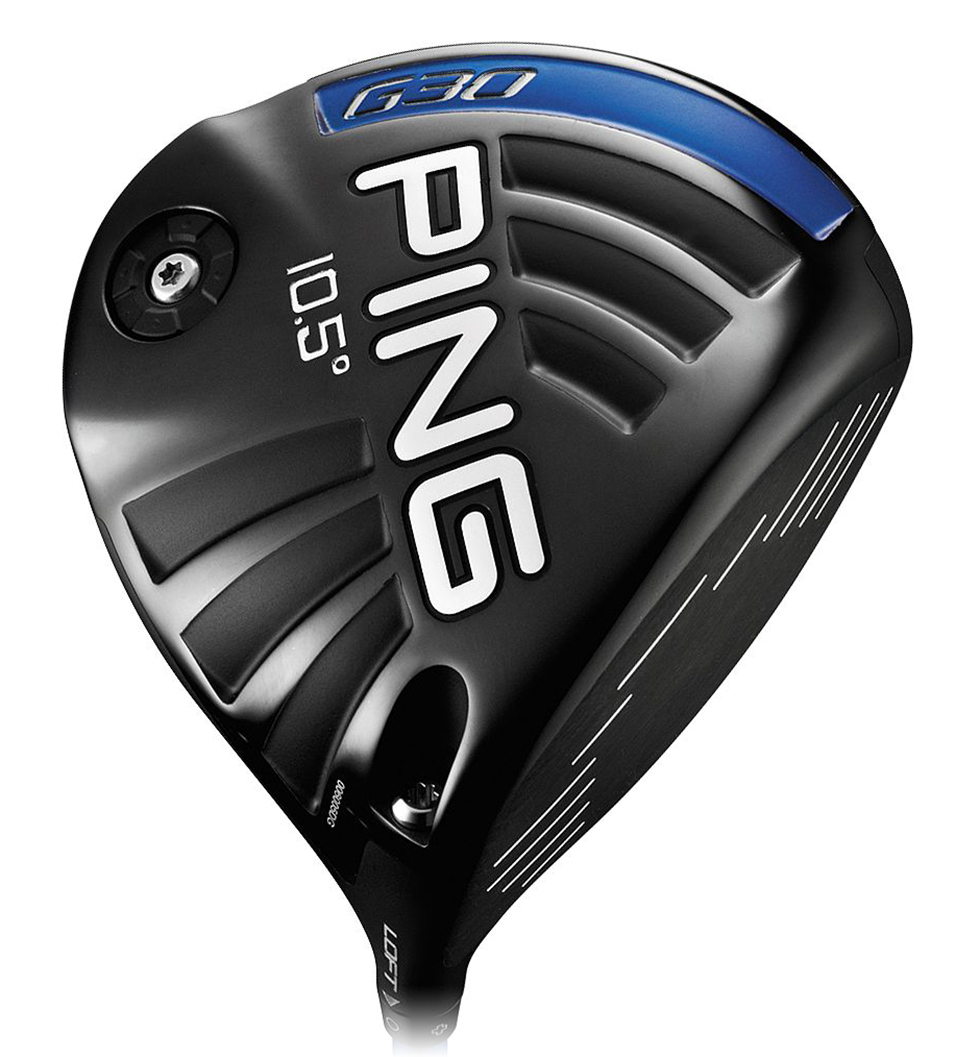 Over the last few years, PING drivers have been gaining more and more popularity. Part of that may be due to the fact that one of the longest players on the PGA Tour, Bubba Watson, is a member of their staff. Like many companies, PING has a couple of different driver lines, each aimed at a different group of golfers. While there have been options such as the Anser driver or the short lived K series, most of PING’s products are either part of the “i” series or “G” series. The “i” series has typically been viewed as the line for the better player, while the “G” series is more for the weekend warrior. While some of that still holds true, the lines are becoming more and more blurred and it isn’t uncommon to see the better player, including the likes of Bubba Watson, with the “G” series driver in the bag.

With the G30 driver, PING has their most radical product offering to date. Known more as a traditional company, it isn’t often that their clubs have technology not seen on other clubs. The company was among the last to go to adjustable hosels as standard for their drivers, and even at this point there are other hosels that are much more advanced and allow for more settings. Also, you aren’t going to find any movable or sliding weights on this club that will let you fine tune the club’s center of gravity. What you will find, and what’s not on any other driver currently available, are “Turbulators.”

Read on to find out exactly what Turbulators are, how they work, and whether they lead to a driver that’s worth putting into your bag.

Specs
For the purpose of this review, I received the standard (not SFTech or LSTech) version of the G30 Driver. I received it with a 10.5 degree head and the standard PING TFC 419D stiff shaft. This was a little different for me as I have not played a PING driver before. At this point PING remains about the only major equipment manufacturer that still produces their own shaft for their clubs rather than relying on a third party offering. To this point, I’ve heard great things about their shafts and looked forward to putting it in my bag. The club also came with the standard PING grip, which is fairly similar to a Tour Velvet. While it is a solid grip, I prefer a wrap style and have since replaced it with a PURE Wrap.

Esthetics
The looks of this club is one area where I was the most torn. When it first came out, I’ll admit that my initial reaction was not a positive one. I mean, what the heck were those bumps on the crown? What are they thinking, that’s going to look horrible! Then I saw the club in person, and I’ll admit that I was wrong. The bumps (the Turbulators) aren’t distracting at all, and in fact serve as the alignment aid for the club. In that sense, they are actually an upgrade in my opinion as the previous “half-moon” alignment aid that proceeded this was ugly. 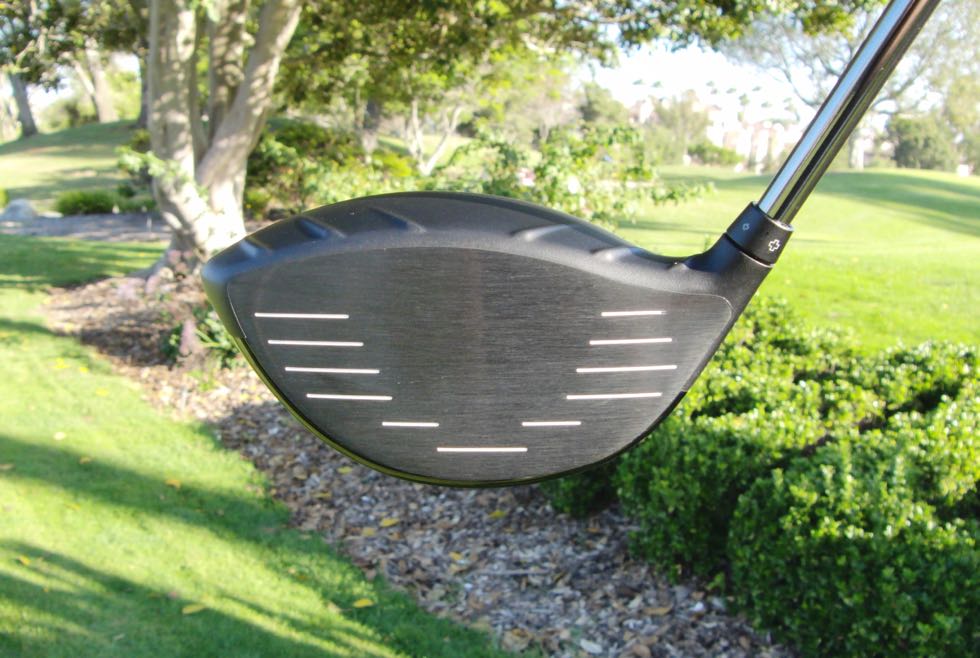 The rest of the club looked good to me from the start. In the past I used a TaylorMade RBZ driver, and while I wouldn’t say that I was a fan of the white crown, what I did like was the matte finish and the lack of glare that came with it. This is one area where I think PING has hit a home run, as the crown remains dark in color (almost a charcoal grey) but has a matte finish. The face of the club retains the dark look, using the PVD finish that has become popular over the last handful of years and the sole is a glossy black with blue accents. 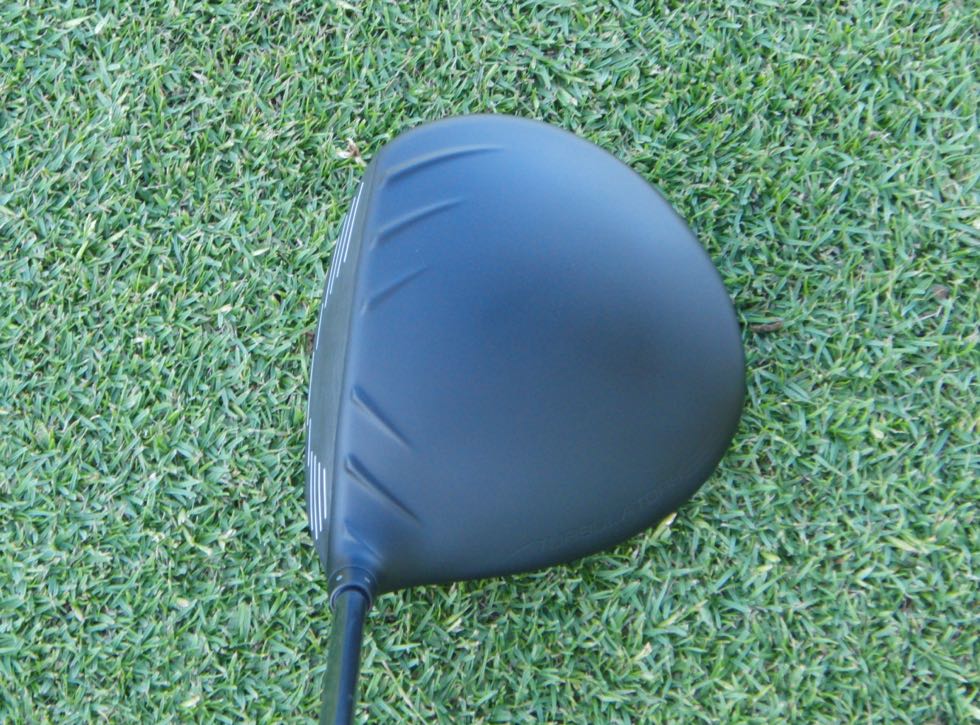 As I mentioned before, the club’s Turbulators serve a secondary purpose of being an alignment aid, and at address, they frame the ball very well. My preference has always been for drivers to have no alignment aid at all, and this comes very, very close. The club comes in at a full 460 cc in volume, and this isn’t a club that hides its size very well. If you tend to like the smaller looking clubs, this might be one area where the G30 might give you some pause.

Technology and Design
The standard PING G30 is designed as a full-sized, 460 cc driver aimed at a wide array of golfers. Obviously, the big piece of technology on the club are the Turbulators. Like I said before, they do a great job of helping the golfer line up their shot, but, I think that was more of a happy accident as that is not the reason why they are there. The purpose of the Turbulators is to increase the club’s aerodynamics performance, allowing it to move more efficiently though the air during the swing. A club that moves more efficiently throughout the swing moves faster. We all know that faster swing speed equals faster ball speeds, and faster ball speeds equal more distance, something for which every golfer is looking. 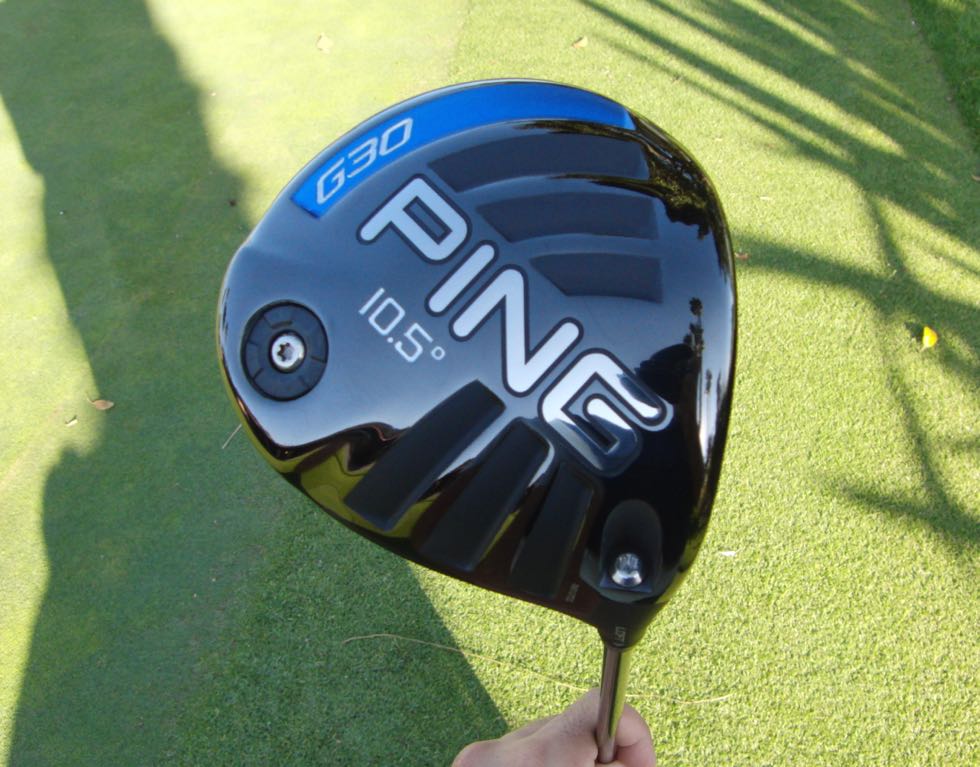 While that is the big piece of visible technology on the club, there is much more under the hood so to speak. Also new to the G30 is the T9S Face material. Compared to materials that PING has previously used, T9S titanium is stronger and lighter in weight, allowing the company to make a thinner, hotter, and more consistent face. The body of the club is constructed from Ti 8-1-1; this creates a lightweight club and allows the engineers to move weight around to optimize the clubs center of gravity.

The club also uses the updated Trajectory Tuning+ Technology. With this version of PING’s adjustable hosel, the user can select to use the club’s stated loft and then +/- 0.6° or 1.0° giving a total of five different options. According to PING, their adjustable hosel also weighs the same as their non adjustable hosel, meaning that having those extra options of adjustability isn’t costing you performance elsewhere.

The technology in the club continues up into the shaft as well. The most common stock shaft for the club (and the shaft that is in mine) is the TFC 419D. This shaft was created with a balance point closer to the grip end of the club. This allows for a heavier club head which contributes to the clubs high MOI and and low center of gravity. In the end, what the company is looking to do is produce a club with high launch, low spin, and extreme forgiveness.

While I reviewed the standard G30 here, PING does produce two other versions of the club as well. There is the G30LS (Low Spin) as well as the G30SF (aimed at those who slice the ball too much).

Performance
I’ll just lay it out there; with out a doubt, the PING G30 is a club that will be in my bag for a long, long time. If I wasn’t in a position to review clubs and have the opportunity to try out different drivers, this would be a club that I could see myself playing for years.

We’ll first talk about the sound of the club. In the recent past, I’ve played mostly Callaway drivers and have become very accustomed to the somewhat muted and solid sound of their club. With the PING, the sound at impact still is very solid, but it is LOUD. It honestly was a bit surprising at first, but having played with it for a while now, it is definitely something that I have become used to and it does not bother me one bit anymore. Sound is an important aspect in a club because it is what many actually interpret as the feel of the club. To that end, the louder sound does make it feel powerful. Also, it is pretty easy to tell if you missed the ball out on the toe or in on the heel of the club as the sound is much more dead. 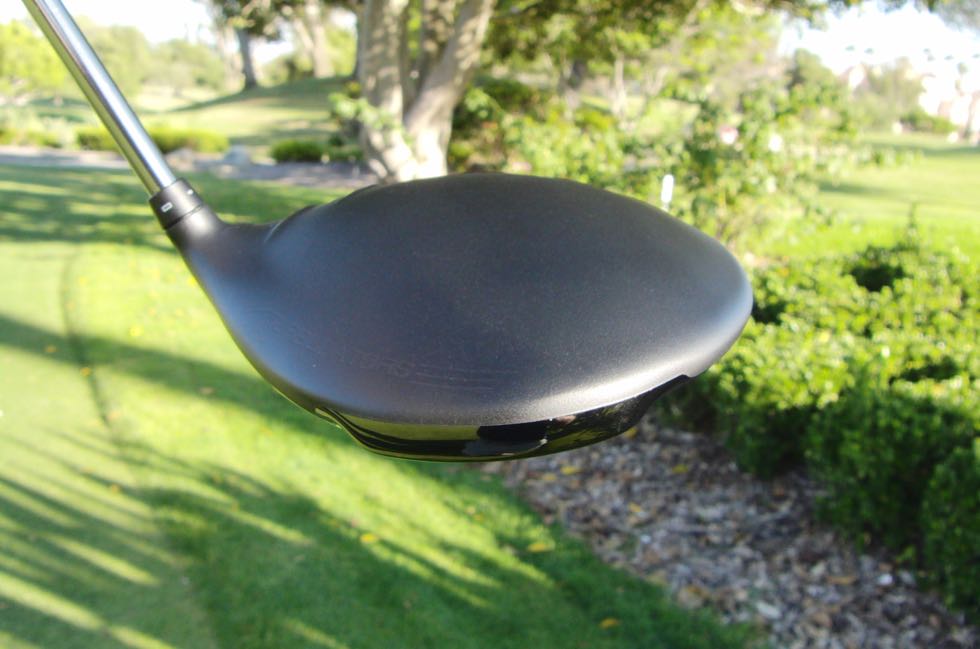 While you can definitely feel (or hear) if you hit it on the toe or heel, you’d be hard pressed to actually prove it based on the results the that club produces. As far as actual club performance goes, this is about the most consistent club I have played, and those strikes that miss the center of the club face are forgiven, especially left and right. I’ve played drivers in the past where catching one out on the toe would result in an ugly hook that would leave you in the trees or worse; that’s not so much the case with the G30; shots anywhere near the center are going to be just fine. To put it simply, the club is consistent, even when I am not.

All that is great, but the question that many have is, do the Turbulators actually work? In my opinion, I would say that they do. I’ve been able to swing this club on a launch monitor and it is definitely on the top end of my swing speed range. On top of that, the results on the course speak for themselves as I consistently find myself in the fairway at the 235 to 245 yard mark, which, with my swing and swing speed is about the max.

Conclusion
Without a doubt, if you are looking for a new driver, the PING G30 should at least be on your list. I’d say more than any other company, PING is one that has a following, due at least in part to their unique looks. You know a PING iron from its design and now the same can definitely be said for their driver. What I’ve realized reviewing this club though, is it isn’t just the look that makes somebody a “PING guy.” While they definitely have a look and feel that many become accustomed to and prefer, it is high performance that keeps them coming back.

With an array of stock shaft offerings (beyond the TFC 419D, there is the Tour 65, Tour 80, TFC 80D, and TFC 59 Distance) and three different models (standard as well as the LSTech and SFTech), there is definitely a G30 out there that will fit any golfers swing.