The newest version of the SLDR S lacks some of the adjustability from the previous version, but promises all the distance. 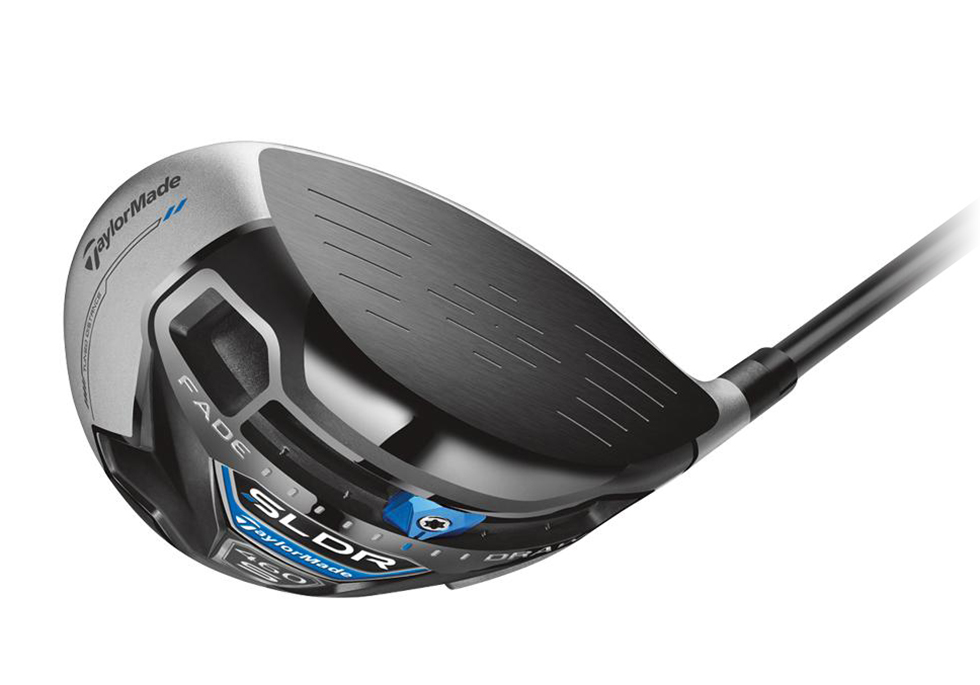 One of the best ways to get golfers to spend more money on a new club is to convince them that they will gain considerable distance. While there are many who scoff at the seemingly wild claims so many of the companies make; many are more than willing to plunk down three or four hundred dollars in an attempt to see if the claims are true.

Among the latest group of companies to have claimed to crack the code of increased distance is TaylorMade. I’m sure by now everybody has heard TaylorMade’s newest slogan “loft up.” However, it is worth noting that lofting up is only part of the equation; the other part being to have a club with a forward center of gravity. According to TaylorMade, this combination of a low-forward center of gravity and increased loft creates an impact condition resulting in high launch and low spin; the combination which produces the most distance. The question is, if this low and forward center of gravity is the key, why aren’t all the companies gong that direction; in other words, what are the downsides? Read on to find out if this is really is the key to more distance or just another wild claim.

Specifications
For the purpose of this review, I received the TaylorMade SLDR S with 10⁰ of loft. The club came with the stock shaft (a Fujikura Motore Speeder 57) in stiff flex and was equipped with TaylorMade’s standard grip. Since the time I received the club, I have replaced the grip with my grip of choice, a PURE Wrap.

Appearance
The SLDR S makes another change in the direction for TaylorMade drivers. Over the past several years we have seen the company go from the traditional black driver, to white, back towards black (more of a charcoal with the first SLDR), go back to white with a special release of the SLDR, and now, with the SLDR S, the company has chosen to go with a matte silver finish. While I personally prefer the darker finishes, such as those used on the original SLDR, the silver is nice. One thing that the company has kept consistent is the used of the black PVD face, which I think frames the ball very nicely. The dark face is further complimented by the use of the dark button back.

Regardless of the color, I prefer clubs not to be too flashy. Among my favorites have been the X Hot Pro and FT Optiforce 440 which had no markings on the crown at all. I like that. With the SLDR S, I don’t quite get a completely plain look, but it’s not bad. While I would prefer no alignment aid, the club has very small one, a small TaylorMade logo. There is some other script along the outer edges of the crown, but nothing too bold or distracting at address. Clubs like the company’s previous R1 just have too much going on, so I’m glad to see that the company has taken a step back in their more recent models and toned it down. All in all, the SLDR is a good looking club. 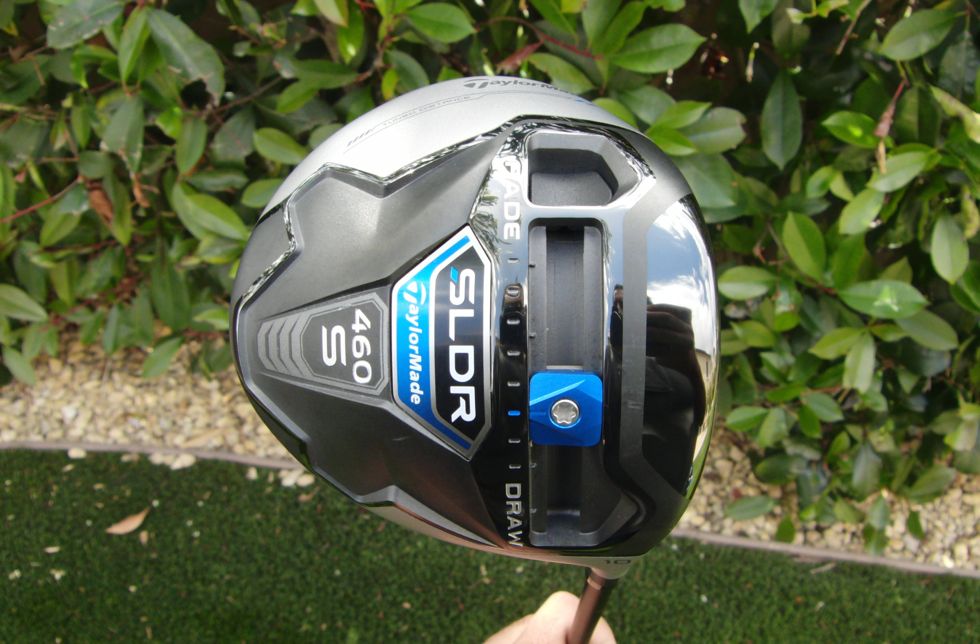 For a long time I preferred the smaller drivers (440 cc) but the last few that have made it into my bag have been of the larger 460 cc variety. While I still do like the look of the smaller ones a little better, I’ve gotten use to the larger size and have nothing to complain about.

Overall the club sports a sliver, blue and black color scheme. When the top is predominately silver, the bottom features more black and blue. Towards the face on the sole is the blue sliding weight that gives the club its name. Back of that is the “SLDR” badge. Overall, the club has a fairly sleek appearance, especially compared to the company’s previous offerings.

While we’re on the topic of the clubs appearance, I’ll briefly mention the head cover. TaylorMade has chosen to go with a simple look and design with this one; the majority of it is white and the only marking on it is the TaylorMade logo as it lacks even the SLDR S name. Because of the lack of branding on the head cover, it does seem more like a TaylorMade universal head cover as opposed to one that normally comes with the product. That being said, it looks good, and it functions well. It is the standard sock style design, which is what I prefer, and it is easy to get on and off, but does not come off on it’s own.

Technology and Design
This club is kind of a unique one for TaylorMade. Usually there clubs are packed with tons of new features and technologies but that isn’t the case with the SLDR S> In fact, the only adjustability you’ll find on this club is the sliding weight as not even the hosel features adjustability.  However, that isn’t to say that the club is void of any features, because that simply isn’t the case. Obviously, given the clubs name, the biggest feature the club has going of it is the sliding weight which serves two purposes. The first is that it allows the golfer to shift the weight left or right (towards the heel or toe) which can help promote more draws or fades by changing where the center of gravity is located. The other purpose of the weight is that it moves the overall center of gravity of the club more forward. It is this low and forward center of gravity that produces low spin numbers. When this is combined with a high loft you end up with long drives. However, this low and forward center of gravity does have some downsides, which we will get to in just a little bit. 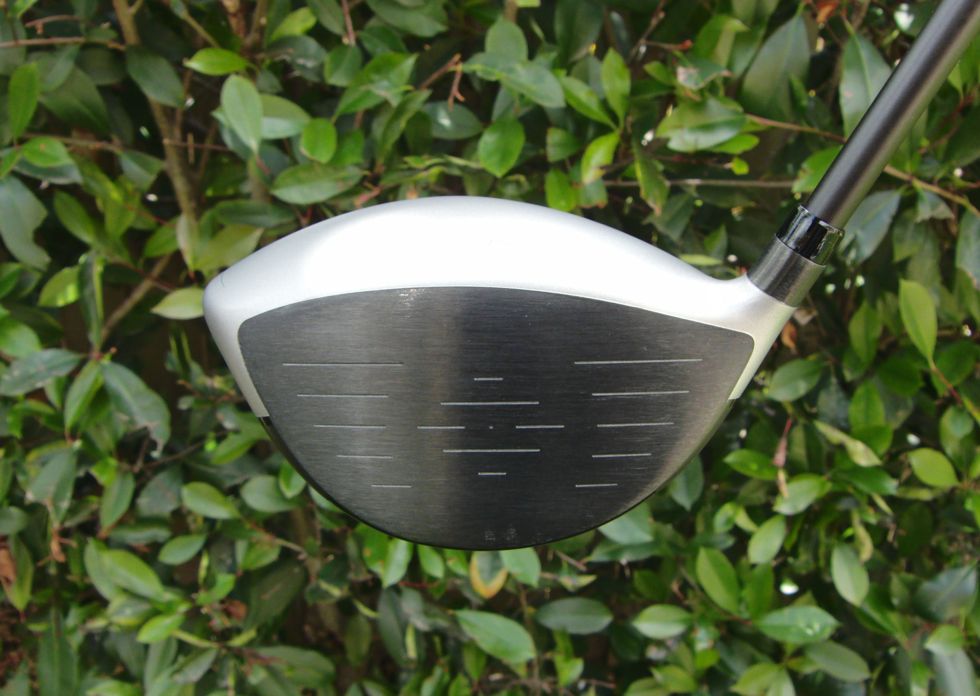 The low and ford center of gravity helps with the reduction of spin and aids in distance, however that doesn’t do much for forgiveness. To increase the clubs playability, the club size is maxed out at 460 cc, and the face is designed in such a way as to not lose too much ball speed on off centered hits. The club is equipped with a Fujikura Motore Speeder shaft, the light weight of which contributes to higher swing speeds and more distance.

Performance
It’s been a while since I’ve played a driver without and adjustable hosel, and the first thing I noticed about the SLDR S is its quite sound. I’ve gotten so use to the louder clubs that it took me for a bit of a surprise. That being said, the club still sounds very solid at impact; just a bit more muted. I actually prefer it over any of the clubs I’ve had recently.

For the purpose of this review, I tested a 10⁰ version of the club, which is about the same as my current driver (a 9.5⁰ model). Even with the club set up with this low and forward center of gravity, I was still able to get plenty of height on my shots. From an accuracy stand point, I feel that this club more than held its own as well. I didn’t find myself in the fairway any more or less than with other drivers I have used. 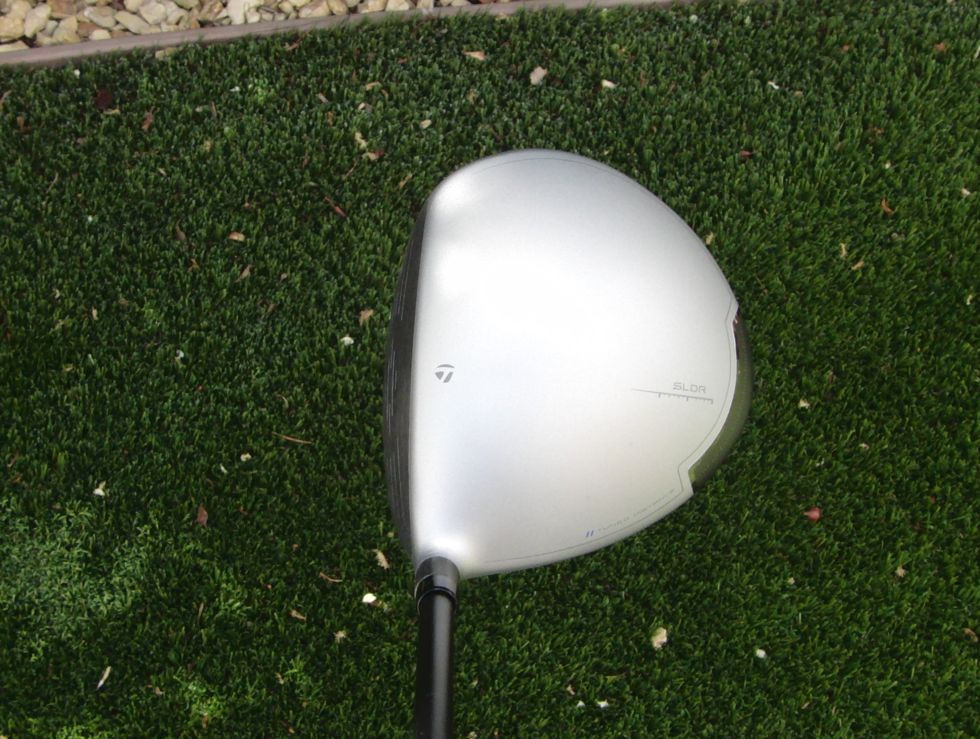 The lack of an adjustable hosel wasn’t a deal breaker either. Even when I have the option to change settings, I tend to find the one that works best for me and then I might as well lose the wrench because I don’t change it again anyways. On top of that, it seems that the best setting for me tends to be standard all the way around (or maybe one degree up, but nothing promoting a draw or fade). What that means, is even if this club had the ability to be adjusted at the hosel, it’d probably stay right where it is. If you are one of those guys at the range that spends more time with the wrench in his hand than hitting balls; this won’t be the driver for you… or maybe it should be, because I can all but guarantee that the problem is the setting on the club but the swing that is being made. 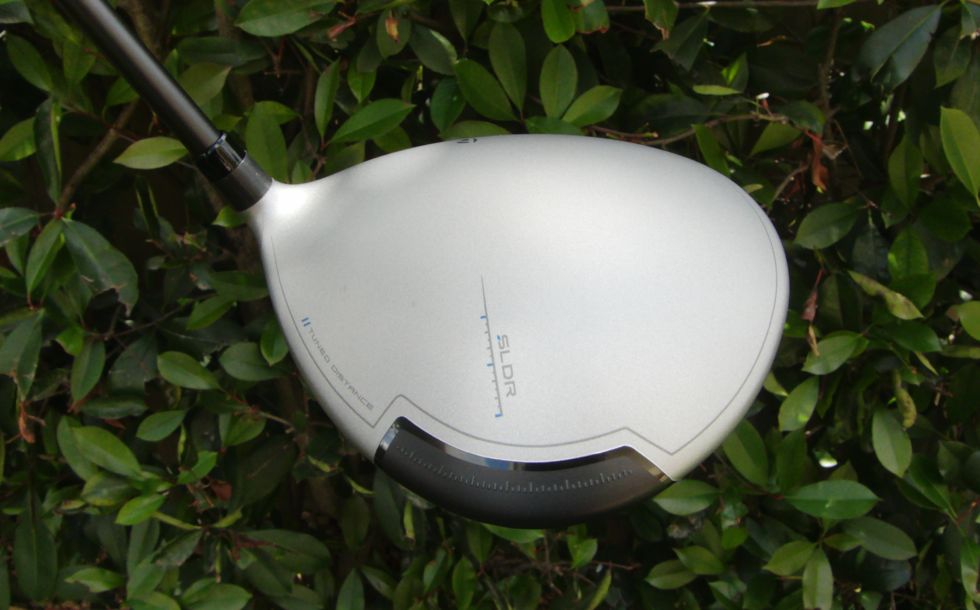 One area where I did find this club to be lacking is in the forgiveness department; not so much left or right (as I said, accuracy was fine) but in terms of distance. When I struck the SLDR S well, it went far (for me). Some of the longest drives I’ve hit have been with this club. Unfortunately, the opposite is also true: some of the shortest drives I’ve hit have been with this club as well. Off center hits, and I assure you that I have plenty of them, were substantially shorter. Obviously one should expect to lose some distance if the center of the club is missed, and I did, but this seemed to be more than usual. Earlier I alluded to possible downsides of low and forward positioning of the club’s center of gravity, and this is it. For years, the common thought was to have the center of gravity low, but back in the club. Doing so helps to increase the clubs moment of inertia (MOI). A high MOI creates a club that is very stable at impact or, in other words, the higher the clubs MOI, the more forgiving it is. In the case of the SLDR S, the low and forward CG creates a club with a lower MOI than most others.

Conclusion
Ultimately, for me, the lack of forgiveness in this club is what will keep it out of my bag full time. Everybody likes to hit the ball far, me included; but it’s not even really about that. While many out there will tell you that accuracy is just as, if not more, important than distance,  that simply isn’t the case. @mvmac started a thread on the forum recently, “What would you do for an additional 40 yards?”, and my answer to that question is a lot. The biggest determiner in how far your ball will land from the hole is how far you were from it to start. In other words, distance is something you need. It is a huge advantage, especially off the tee, because it allows you to hit shorter irons, or even wedges into greens. Simply put wedges > short irons > long irons when it comes to hitting into greens because you give yourself a better chance to get on and get to the next tee box with a good score. The SLDR S for me, doesn’t allow me to hit the ball long enough consistently. Yes, my longer drives with it were good; and I’d be more than happy to keep the club in the bag if that was closer to the norm. At this stage of my game however, that’s not the case. I lose far too much distance on mishits, and I have far too many mishits to ignore those results.

If and when I get to the point that I hit the center of the face more often, I would reconsider putting this club in the bag. It is a great club to use if you consistently make solid contact. In the case of the SLDR S, I find its key feature, low and forward center of gravity, to be a double edge sword. With it, you will get all the distance you are looking for if you hit the middle of the face, but should you not, you’ll lose all of it, if not more. At this point, that’s not a deal I’d take.