Thanks to the PGA Tour’s new “wraparound” schedule that starts in the Fall, and some timely great play of course, Jimmy Walker is the PGA Tour’s hottest golfer. After spending years making his way up through the mini-tour and Web.com Tour ranks, Walker spent a handful of years as a winless journeyman PGA Tour player before breaking through last October.

Wins at the Frys.com Open, Sony Open, and AT&T Pebble Beach National Pro-Am rocketed Walker to the top of both the FedExCup points standings and the money list. Let’s find out where he came from.

Hole One: Childhood
Jimmy Walker was born on January 16th, 1979, in Oklahoma City. Walker learned golf from his father, who was a scratch golfer.

After graduating high school, Walker enrolled at Baylor University to play for the Bears, where he was named an All-American. Soon after college, at 22, Walker turned professional in 2001. 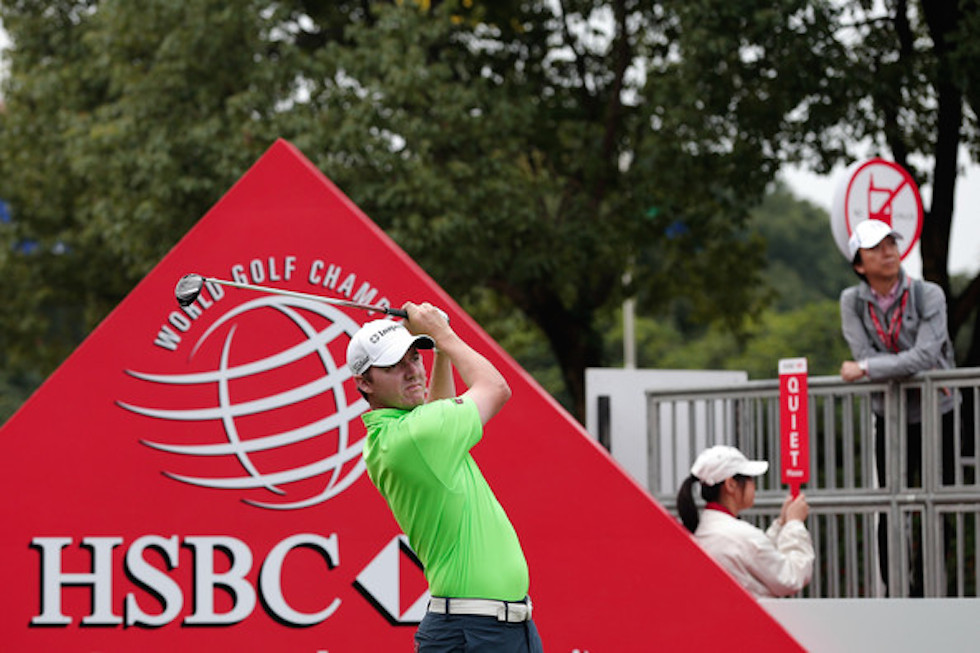 He managed to qualify for the U.S. Open at Southern Hills a month later, and despite a first-round 79, Walker made the cut. His Friday 66 was the third best score by the field that week, and weekend scores of 74 and 73 gave him a T52 finish. He played once more on the PGA Tour in 2001, at the Texas Open, but did not make the cut.

He made his Web.com Tour (then the Nationwide Tour) debut that year as well, playing in three tournaments and finishing in the money twice.
Hole Three: Web.com Tour Days
Walker upped his Web.com schedule in 2002, playing in 10 events and making the cut eight times. He had just two top-10 finishes, however, and did not earn enough money to move up the the major-league tour. He also managed to qualify for the U.S. Open for the second year in a row, but rounds of 77 and 76 send him home early. He did win in smaller events, on both the Canadian Tour and the Gateway Tour.

Walker had somewhat of a breakthrough year in 2003, his first full season on the Web.com Tour. Despite not winning, he made 13 cuts in 18 events, with a second, a third, and five total top-10s. Statistically, Walker was among the Web.com Tour’s leaders in driving distance, putting average, scoring average, and eagles. He finished 31st on the money list though – not quite good enough for a call-up.

If 2003 was a breakthrough year, by 2004 Walker has graduated to being the best player on the Web.com Tour. Walker made the cut in 20 of 25 events, won twice at the BellSouth Panama Championship and the Chitimacha Louisiana Open, and finished second twice. Walker lead the Web.com Tour’s money list, and was the second-youngest recipient of the Player of the Year Award. 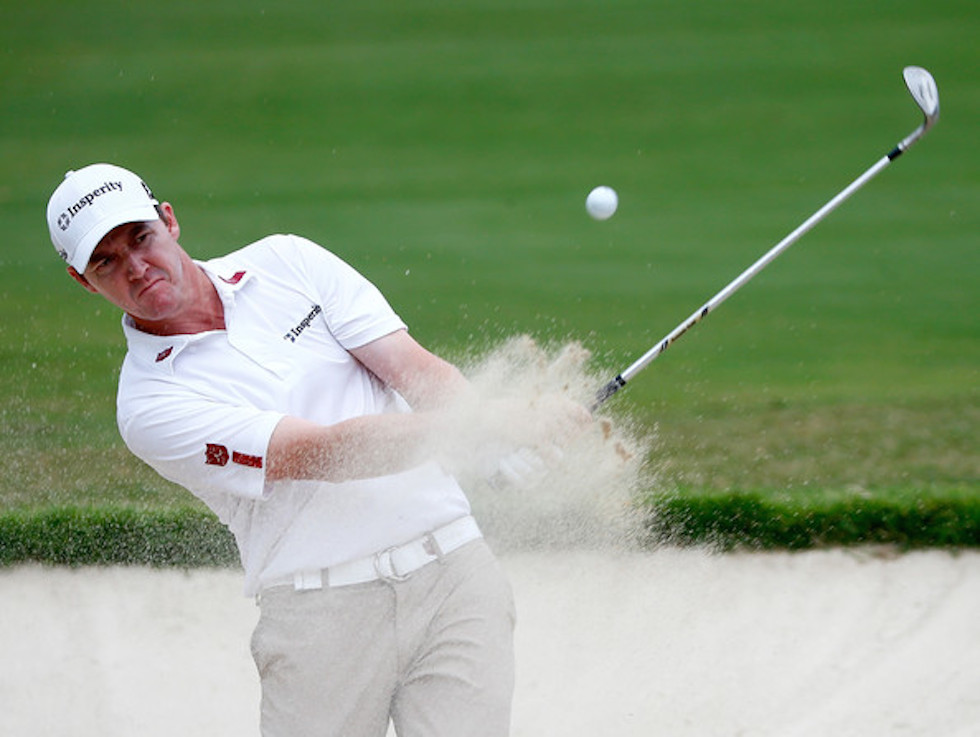 Hole Four: PGA Tour Call-Up, Nationwide Relegation
After such a dominant Web.com tour seaosn, Walker was primed to play fulltime on the PGA Tour in 2005. A neck injury, which he suffered just days before the Sony Open in Hawaii, severely limited his play. Walker played in just nine events, none after May, and made just three cuts.

Walked retained his PGA Tour card for 2006, and managed to play a full schedule for the first time. In 21 events he made nine cuts, but only managed one top-25 finish. His statistics, so great on the Web.com Tour, were suddenly pedestrian.

Back on the Web.com Tour in 2007, Walker managed his first win in three years at the National Mining Association Pete Dye Classic. Despite finishing in the top 10 only one other time, Walker’s 21 made cuts in 29 events landed him 25th on the money list, just enough for him to get his PGA Tour card for 2008.

Hole Five: Back to the Big Leagues
Walker never looked back to the Web.com Tour after his second call-up. He made the cut in his first event of 2008, the Sony Open in Hawaii, though that would be one of only 13 made cuts that year in 24 events played. His best two finishes, both ties for 19th, came at the U.S. Bank Championship and the Valero Texas Open on the Fall Tour. Walker had a good year driving the ball, but with $282,249 earned, Walker finished 185th on the money list, and had to go to Q-School to secure his card for 2009.

Walker began showing signs of breakthrough in 2013, with a smattering of high finishes and a T2 at the Greenbriar Classic. He was uncommonly consistent, making 25 straight cuts between the 2012 John Deere Classic and the Memorial Tournament the next year. 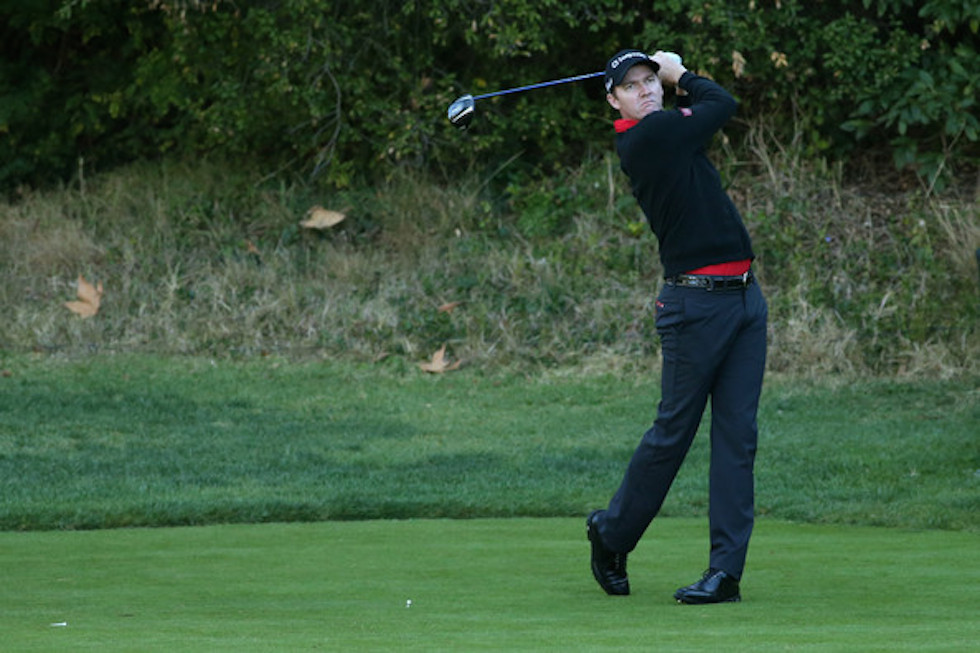 Hole Six: Breakthrough Wins on the PGA Tour
His first win actually came in calendar year 2013, though due to the PGA Tour’s new schedule, it’s part of the 2013-2014 season. 188 starts into his PGA Tour season, Walker won the Frys.com Open by two shots over Vijay Singh. After rounds of 70 and 69 to open, he rode a hot putter (he led the field in strokes gained – putting) to a 62 on Saturday, though he still trailed Brooks Koepka by three going into Sunday. A solid 66 in the final round won him the tournament, earned him a PGA Tour card through 2016, and gave Walker an invite to the Hyundai Tournament of Champions.

Later that season at the Sony Open (that’s still weird to say), Walker opened with rounds of 66, 67, and 67. Chris Kirk led after 54 holes, but a 63 on Sunday, including birdies on four of the last six, gave Walker his second win of the year.

Barely more than a month later, Walker found himself up by six strokes to start the final round at the AT&T Pebble Beach National Pro-Am. After seeing his lead shrink to just one stroke by the 72nd hole, Walker drained a five-foot par putt to seal the victory over Jim Renner and former AT&T champ Dustin Johnson.

Walker is just the fourth player since 1995 to win three events in eight or fewer events to start the season, after Tiger Woods, David Duval, and Phil Mickelson. He has also climbed the statistical ladder in many categories, and, at the time of writing, is up to 16th in driving distance, fourth in strokes gained – putting, and 16th in scoring average, to go with his leads in both the money list and FedExCup points.

Hole Seven: Walker on Twitter
Despite having fewer than 8,000 followers, Walker is a high-volume tweeter by PGA Tour standards. He can be followed at @JimmyWalkerPGA.

Hole Nine: In Walker’s Bag
According to PGATour.com, Walker’s bag contains the following: