Tiger Woods is the greatest player of his generation, maybe ever, and I discuss why every golfer should root for him.

In Billy Casper’s book titled “The Big Three and Me,” Casper talks about his time on Tour and how when a new golfer came onto the scene it was extremely rare that they had a great swing combined with ability to handle pressure. He mentions that sometimes on the range they would see someone with the most beautiful of swings and how he would think to himself “surrender now.” Usually, though, it would come to pass that under pressure that golfer would struggle and that beautiful swing paired with a shaky putting stroke.

Certainly you must admit that the PGA Tour is full of great swings whose trophy case does not match up with their beautiful swings. The players who have both are extremely rare – maybe once-a-generation type players we are talking about here. For my generation I have been lucky enough to get to watch one of these greats, and his name is Tiger Woods.

If we look solely at Tiger’s achievements on the golf course he is matched only by the great of the generation before him – Jack Nicklaus. Fourteen major championships, 78 PGA Tour wins and without question the greatest winning percentage of all time. Tiger has won something close to 30% of the tournaments he has entered! Jack is nowhere close to this kind of winning average. Consider as well that Tiger has only missed nine cuts in his entire career and one has to marvel at how incredible he has been.

On a personal level Tiger is an entirely different animal. His record in his personal life is not as spectacular as his golf record. He does not give very engaging interviews after his rounds. He all too often plays it very safe and says very little to the media. I can say that I would prefer for him to be more likable, but over the past few years I have realized that I probably should not care about that and root not for Tiger the person, but Tiger the golfer.

Great athletes have always been a bit of a mystery off the field. Rarely good role models. Golf has been until now a bit different in that regard. Jack, Byron Nelson, and many other golfing greats have also been great gentleman as well as great golfers. A few might say it, but I would be surprised if the majority of people felt Tiger was a great gentleman off the golf course. All of this though is not the purpose of this article. 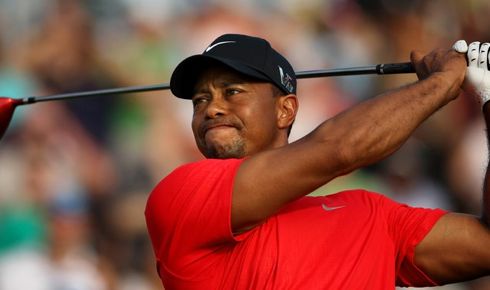 If we examine Tiger only as professional golfer we are now witness to a greatness that may not be matched for a long time. Understanding that I am lucky enough to witness the greatest golfer of my generation is something that I have come to terms with. I now appreciate what Tiger has done for the game of golf and how I should root for him at every tournament because at this point he is only building on a legacy I will tell my kids and grandkids. My father was not a serious golfer but he told me of watching tournaments when Jack Nicklaus was in the hunt and how he made each tournament better just because he was near the lead. Many people feel exactly the same way when Tiger is in the hunt. He makes the game more exciting.

No one can deny that the 2008 U.S. Open with Tiger on one leg and chasing down Rocco Mediate was not one of the most exciting finishes in a very long time. Watching Tiger’s putt on the eighteenth hole curl into the hole was unbelievable drama. That tournament will become history that will be retold by many of us especially in ten to fifteen years.

I will not tell my grandkids he was a great man. But by that same token I will likely tell them not to look to sports athletes as role models anyways. Tiger is not different in that regard. What one can admire is during an age where money was flowing around golf like water in a storm drain during a thunderstorm Tiger seemed not to care about how much money he won, but how many trophies he collected. Many of the golfers in his generation play it safe, try to finish in the top five so they can collect big checks but not go for the win. Tiger goes for the win, ever time. He grinds, so much so that he rarely misses a cut, when it would be easy to do so. As a golfer he is quite admirable.

21 thoughts on “Why Tiger the Golfer Matters”