Golf’s version of the offseason hot stove heats up.

Though the golf season is in the midst of the Florida Swing, there hasn’t been much going on with golf early on. The biggest story, in fact, was one about equipment. Rory McIlroy, the top-ranked player in the world and former Titleist staffer, signed with Nike for a sum of money that has been reported to be anywhere from $150 to $250 million over the next ten years.

There are a number of other players who will be sporting new logos, including Nicolas Colsaerts, Stewart Cink, Kyle Stanley, and Nick Watney. We also take a look into Steve Stricker’s move of sorts into a semi-retirement as well as Bubba Watson and Jordan Spieth, both of whom will be sporting new duds in 2013.

Number Five: Clothing Sponsor Roundup
Before we get to the players switching equipment deals, we do have a few players who will be wearing some new clothing next year.

It’s not all that often that first-time major winners change equipment companies so quickly, but Bubba Watson is doing just that. Bubba will still play Ping clubs and Titleist golf balls, but he is leaving Travis Matthews in favor Oakley.

After his Masters win, it looked like Bubba might go into a slump after a prolonged break from Tour golf. But he actually had a pretty strong, albeit winless, finish to the season. He came in second place at the Travelers, recorded a T10 at the Deutsche Bank, a T12 at the BMW, and finished the year with a T5 at the Tour Championship. Watson made $4.6 million on the year and was fifth in the final FedExCup standings. 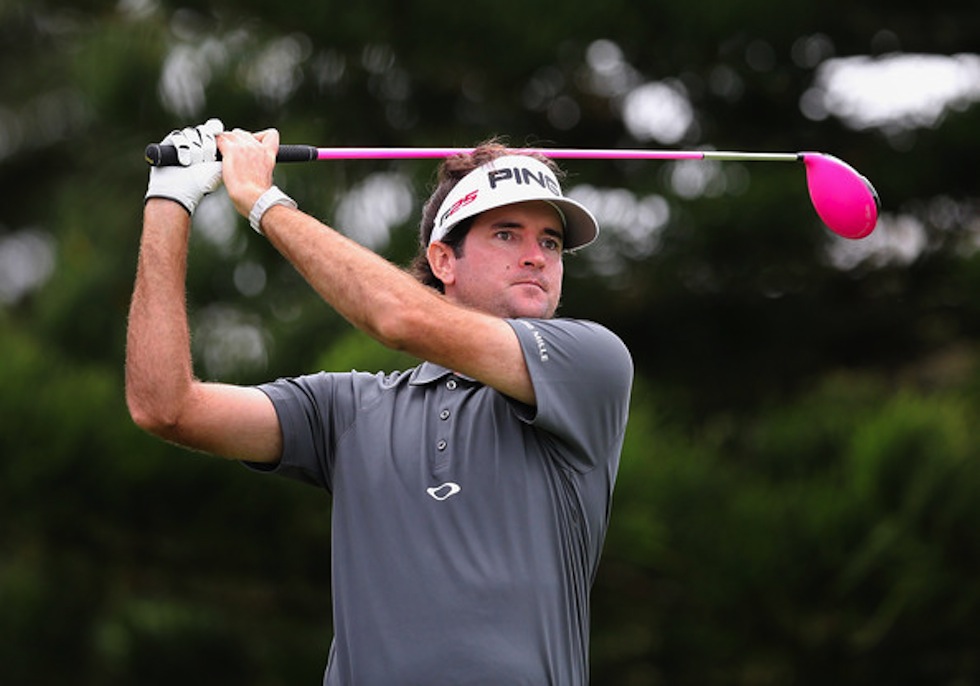 Bubba will be joined by Zach Johnson at Oakley as the brand looks to replace Rory McIlroy as the face of their golf division.

Hot-shot youngster Jordan Spieth, who just turned pro a few months ago, has signed with Under Armour, and will wear their products. Spieth, the only multiple winner of the U.S. Junior Amateur besides Tiger Woods and the sixth-youngest player to make the cut at a PGA Tour event (2010 HP Byron Nelson Championship), marks another young signing for Under Armour, a company with a very specific goal for their future in golf.

Number Four: Nicolas Colsaerts to Callaway
2012 was a breakout year of sorts for Callaway’s newest staff member, Nicolas Colsaerts. “The Belgian Bomber” didn’t play in the Masters, but he posted his highest career finishes in each of the last three majors, including a T27 at the U.S. Open after being briefly tied for the lead midway through the third round. He was in second place after the first round of the Open Championships, but two 65s couldn’t make up for a 77 on Friday, though he did finish in seventh place.

His success in big events led to a spot on the European Ryder Cup team as a captain’s pick. COlsaerts put on a veritable putting clinic in his first match, Friday afternoon’s fourballs, but Colsaerts finished the Cup with a 1-3 record.

After a year in which they were widely criticized for an oversized, unwieldy, and redundant lineup of golf clubs, Callaway has taken steps to big streamline their offerings. They’re now using just two brandings, the “X Hot” line, and the “RAZR” line. Though the driver, fairway wood, and hybrid lines are simple enough, the irons still have me scratching my head.

The three RAZR irons they offer are the RAZR X HL, the RAZR XF, and the RAZR X Musclebacks (and no, my Caps Lock key didn’t just get stuck on), which means that all of their clubs have the letter “X” in the name. 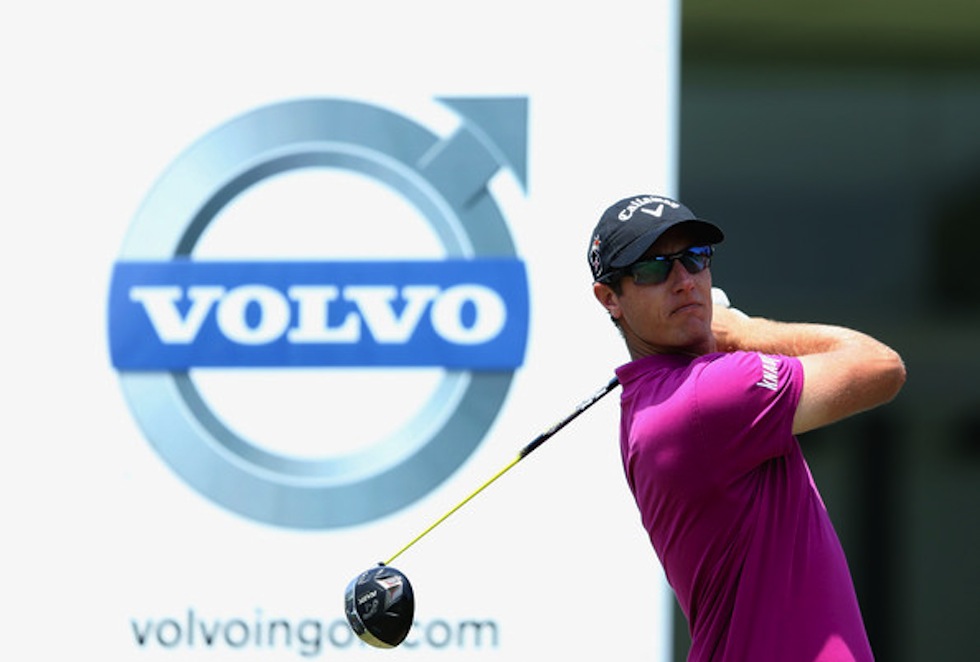 There also doesn’t seem to be a reason for which clubs receive the X Hot moniker and which ones are branded RAZR. The X Hot, X Hot Pro, and X Forged are reminiscent of the long-running X-series of irons they used to have (X-18, X-20, X-22, etc.), which seem to establish the X Hot clubs as the game-improvement/players set of clubs. And the fact that the RAZR X HL and RAZR XF are cast, super game-improvement clubs only backs that up. But then they throw the RAZR X Musclebacks into the mix, which are completely dissimilar from the rest of the RAZR line.

The only explanation I can think of is that the Musclebacks have had the RAZR designation for a while now, and they didn’t want to up and change the name of a club that is mostly aimed at Tour pros and scratch golfers.

Number Three: Stewart Cink to TaylorMade
Stewart Cink might not be in the news as often as he once was, but it’s still a story in the golf community when someone with six wins Tour wins, including the 2009 Open Championship (in which he outlasted Tom Watson down the stretch at Turnberry), switches equipment companies.

Cink’s Open win remains his most recent victory, and he went the entirety of 2012 without a single top-ten. Cink remains one of the most popular golfers on Twitter after being one of the first to join, and he used the platform to announce his move to TM.

TaylorMade’s 2013 lineup isn’t all that revolutionary compared to what we’ve seen in previous years. The highly-touted R1 retains much of the same technology from the R11S, though they have repurposed it. TaylorMade now says that the sole plate should be used to adjust face angle, the moveable weights change mass distribution, and the hosel should be used to increase or decrease loft. The RocketBallz Stage 2, now accented with yellow instead of green, also doesn’t look all that different from it’s 2012 cousin.

In the iron department, TaylorMade has released the RocketBladez and RocketBladez Pro models, which have a channel of soft polyurethane injected into a pocket behind the face of the long irons. Their iron lineup, as it currently stands, appears to be thin though in some places and redundant in others. TaylorMade lists only one forged iron, the Tour Preferred MC, and not a single “traditional” looking club. 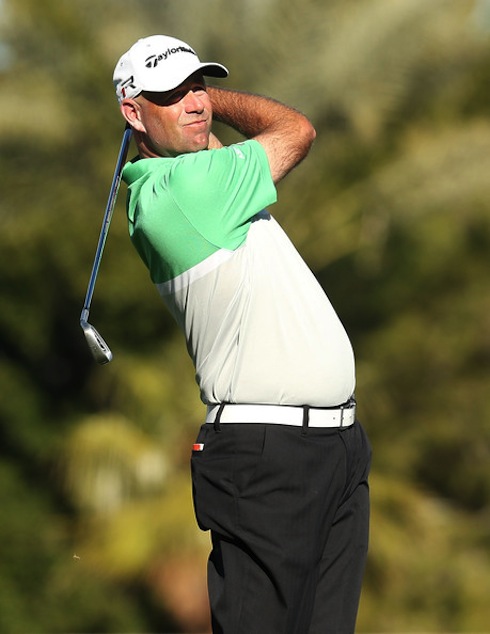 Number Two: Steve Stricker to Semi-Retirement
Because Titleist doesn’t generally sign big names and because their equipment lineup doesn’t change every 20 seconds, let’s look at a Titliest staffer entering a new stage of his career.

Stricker, who could most recently be seen at the PGA Championship because he was a veritable no-show at the Ryder Cup, will be drastically reducing his competitive schedule this year. Now 46, Stricker played the season-opening event in Maui, but wasn’t seen again until the WGC Match Play in late February.

Stricker intends to play in the majors, the WGC events in the U.S., and a few select events. Stricker, who has made about $25 million over the last six years, is maybe best known for winning the PGA Tour Comeback Player of the Year Award twice (2006 and 2007), and has been one of the most consistent player over the past few years. He has been one of my favorite players to watch over the past few years, and I wish him the best.

Number One: Rory McIlroy to Nike 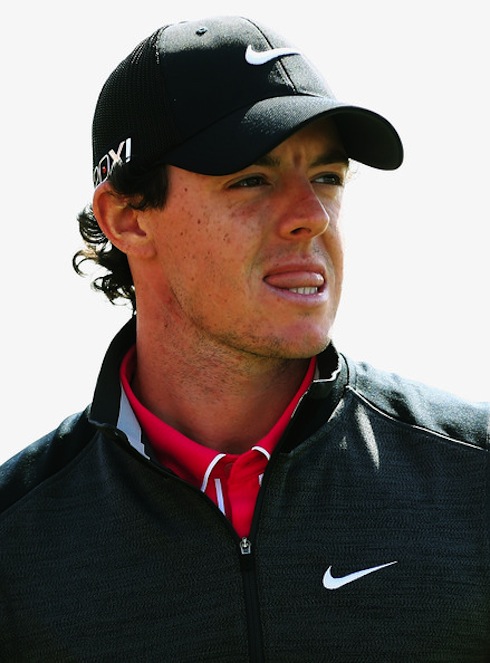 And finally, the biggest splash of the offseason, Rory McIlroy has signed with Nike, reportedly for between $150 and $250 million over the next 10 years. McIlroy’s signing marks an important move for Nike. Aside from possibly Michelle Wie, Nike hasn’t made a signing this big since Tiger. In fact, no one has made a signing this big since Tiger. Rory is young, he’s marketable, he’s worldly, and he’s good at dealing with the press.

Nike and Rory have already announced that McIlroy will play the swoosh throughout his entire bag, including Nike’s new Covert driver. The Covert, which Nike advertises as the world’s first cavity-backed driver, marks an odd move for Nike. For the past few years, Nike has offered two basic driver forms: the VR with Compression Channel technology, and the more aerodynamically-inclined VR_S. The Covert, which does use the VR_S branding, throws both of those away, and goes back to the late-2000s trend of extreme MOI and a low and deep CoG (think Nike’s own Sasquatch series, or Cleveland’s HiBore). The Covert and Covert Tour are currently Nike’s only offerings in the driver, fairway wood, and hybrid departments.

The Covert name has also been applied to their lineup of irons, as the VR_S Covert irons join the VR_S irons and VR_S Forged irons. Aside from that, Nike’s better-player irons have been essentially the same for two years now, including the VR Pro Combo irons I reviewed back in 2011.

Other golfers joining Rory at Nike for 2013 include Nick Watney, Kyle Stanley, and Thorbjorn Olesen.

Closing and Your Thoughts?
In addition to Rory McIlroy, a handful of big-name players have changed brands this offseason. Though the golf companies all make high-quality products, there are tangible differences in the clubs their offer and the players they staff, so it should be interesting to see how they all fair in 2013. How do you think it will go?