We chat with Neil Sabebiel, blogger at Armchair Golf Blog, and author of The Longest Shot and Draw in the Dunes.

Neil Sagebiel is a golf blogger at Armchair Golf Blog and author whose first book The Longest Shot detailed Jack Fleck’s stunning comeback and subsequent 18-hole playoff with Ben Hogan at the 1955 U.S. Open, and whose new book, Draw in the Dunes, chronicles the 1969 Ryder Cup.

The ’69 Cup featured two highly combative sides. 17 of the 32 matches were decided on the 18th hole, and the last match of the day, which featured Tony Jacklin and Jack Nicklaus, proved to be the decider. Nicklaus, playing in his first Ryder Cup despite having already won seven major championships, conceded a missable putt to Jacklin on the final hole, an unexpected turn of sportsmanship that became known simply as “The Concession.” Jacklin tied the match, and the United Kingdom drew even with the States, though the defending champion Americans retained the Cup.

I sat down with Sagebiel over email to discuss golf history, a few the sport’s current events, and his own game.

TheSandTrap: First, the obvious question: why the 1969 Ryder Cup?

Neil Sagebiel: I saw a clip of the ending, the famous concession by Jack Nicklaus on the final green that resulted in a tied Ryder Cup, the first draw in history. It got me thinking about why a 2-foot putt could matter so much and was so well remembered. I started looking into it and discovered one of the greatest Ryder Cups ever played.

TST: I find golf history from the mid-1900s fascinating, and judging by your first two books, you do too. What draws you to it?

Sagebiel: I think it’s finding great stories that haven’t been told or fully told. That’s what my two books have in common, plus they both build to a surprising climactic moment. 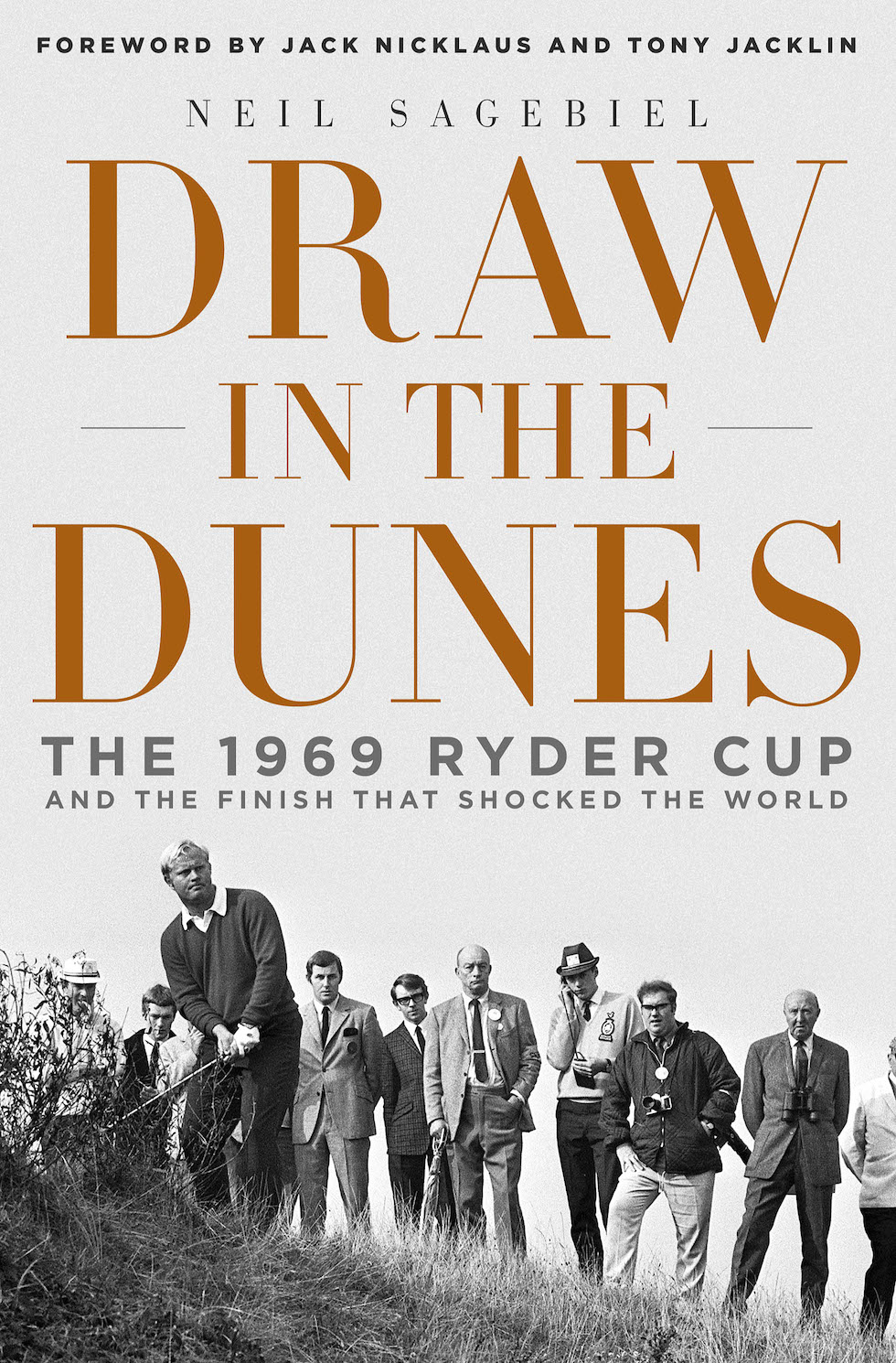 TST: I’m in my 20s. Most of my friends, even the ones who do casually play golf, couldn’t pick Jack Nicklaus out of a lineup. How would you sum up Jack’s brilliance to younger golf fans who never got to see him play?

Sagebiel: Nicklaus was a power player before that was common. In his youth, he hit the ball prodigious distances. But over the course of his career, it was his mind and ability to play well under pressure that stood out. Like Tiger Woods until a few years ago, Nicklaus could hole the putts when he needed them most.

TST: Who introduced you to the game?

TST: What does your own game look like these days?

Sagebiel: Sadly, my game is non-existent at the moment. I’ve been writing about golf more than playing it. But I played a lot when I was young and I can still knock it around OK when I go out even if I haven’t been playing.

TST: What’s in your bag?

Sagebiel: An old set of Ping i3 irons. Adams woods. A Ping putter. They haven’t seen much daylight.

TST: 2014 PGA Championship. Sky darkening, Rory McIlroy tees off on the 18th hole. His drive travels down the right side, near the edge of the fairway and perilously close to the water. Which way were you rooting for it to bounce?

Sagebiel: I would have hated to see him go in the water. I would have felt it was because he rushed his drive trying to get in before dark. I expect the PGA of America would have been mortified, too, as some would have held them responsible.

Sagebiel: I think we should suspend the talk about Tiger catching Jack after six years without winning a major. A more appropriate topic is whether Tiger can get the next one.

TST: I maintain that, on balance, Tiger was a better player than Nicklaus, but I still struggle to call him the “greatest.” Which side do you fall on?

Sagebiel: Jack was the greatest. He has the 18 majors and the longevity, a body of work that’s unmatched. Tiger is not finished, but it’s too early to call him the greatest. The numbers aren’t there.

TST: If you could see just one of the current “Best Player to Have Never Won a Major” leaders break through, who would it be?

TST: What’s the most memorable golf moment you’ve watched live, either on TV or in person?

Sagebiel: The legends I’ve had the pleasure to meet and talk to are usually great. They have the best stories and are typically very open. Tony Jacklin is a fun interview, like talking to an old friend.

TST: Any ideas for your next project?

Sagebiel: Not yet, but thinking.

TST: Lastly, who do you have winning this year’s Cup?

Sagebiel: I know they’re underdogs, but I’m going to pick the United States. I think they need to win one, and that would be good for the Ryder Cup after a period of European dominance.

3 thoughts on “Talking to Neil Sagebiel, Author of “Draw in the Dunes””