Callaway Golf has followed up the successful FT-3 driver with two new titanium/composite models. Is one of them worthy of a place in your bag?

A pair of new drivers from Callaway Golf hit golf shops earlier this spring. Though they share the company’s Fusion multimaterial technology, the two 460cc big sticks couldn’t be much more different.

The FT-5 is a refined, evolutionary update to the FT-3 driver from mid-2005. Meanwhile, the FT-i (the i is for inertia) is something completely different, sporting the aggressively odd square shape that has, along with the Nike Sumo2 and Nickent’s 3DX Square, drawn so much attention to square-shaped drivers this year. The differences are more than cosmetic, as each driver will appeal to a certain type of player.

Read on to see which one might be best for you.

Is the USGA’s new proposal really about grooves? I think that’s only part of the story.

Greetings from semi-retirement, Sand Trappers. I couldn’t help but chime in with a quick thought or two about the USGA’s announcement (and concurrent R&A announcement) proposing a change in the rules regarding grooves on irons and wedges.

When I first read the proposed change last week, it seemed fairly reasonable. It would only affect the best players using urethane balls, which might increase the importance of driving accuracy without taking the air out of the ball or changing driver designs. But then I wondered if this proposal has a deeper meaning that isn’t so benign.

I waded deep into the bowels of the 2007 PGA Merchandise Show, and I’ve emerged with some gems (and notes).

Last week’s PGA Merchandise Show in Orlando gave me a chance to step out of my semi-retirement from The Sand Trap and check in to see what’s happening in the ever-interesting golf business. I played a couple rounds with the latest and greatest clubs and balls from most of the major equipment companies – at least the ones not named Titleist, Cobra, and Ping, since they are still AWOL from the Show.

What’d I learn? That driver designers really enjoyed geometry class in high school. That fans of forged irons have a couple new objects of lust. And that golf products are being marketed more and more to specific groups of players according to age and style of play.

In the new 755 irons, Titleist has a forged cavity back design that mid-handicappers can call their own. 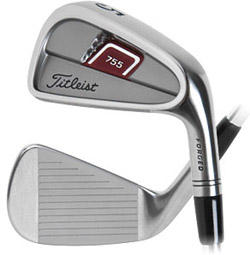 Over the last two seasons, I have tried on two occasions to work a set of Titliest irons into my bag. The results left me feeling a bit like a modern-day (and male) Goldilocks. One set – the Forged 690.CB – was too hard to use. They were a great set of irons that looked great, but were a bit too demanding for my 10-handicap skills. Another set, the Forged 775.CB was too soft, loaded with game-improvement technology, and too much offset for my swing.

I’ve now had the chance to play several rounds with the new Titleist Forged 755 irons. Were they just right for me? Read on and see. 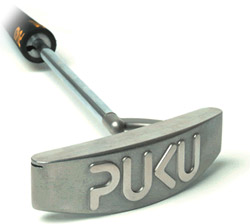 Long putters – the broomstick-style flatsticks like Bernhard Langer has used for years – have been part of the golf equipment landscape for the last couple decades. Some players swear by them, and some would never touch one. The last few years saw a spike in the use of mid-length putters, also known as “belly” putters for the tendency of golfers to anchor the end of the shaft around their navel. Mid-length putters have the benefits of a long putter, mainly taking the wrists out of the putting stroke, while providing for a more traditional stance and stroke.

An interesting new twist on the belly putter idea comes from New Zealand’s Puku Golf Company. Puku – which is Maori for belly – makes mid-length putters with an innovative design that allows golfers to adjust the length of the putter. We had the chance to try one out, and here’s our gut feeling about it.

Callaway’s X-Tour wedges are a mixture of old and new, especially the models with the PM grind and MD grooves. 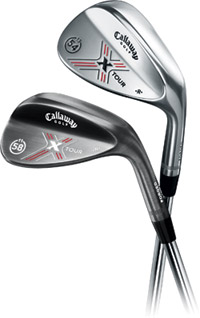 Callaway Golf built its position in the golf business on the strength of its Big Bertha woods. The company later became a force in the irons market, its Odyssey brand of putters is a top-seller, and its golf balls are gaining traction at retail.

Wedges, however, probably aren’t what you think of in conjunction with Callaway. But the company’s lead golf club designer is a fellow named Roger Cleveland – the founder of Cleveland Golf and designer of many classic wedges, like the enduring 588 line. The X-Tour wedges are the third line of forged wedges he has designed for Callaway. Is the third time the charm?

Roger Cleveland left his namesake company and joined Callaway Golf in 1996. He combined with Big Bertha inventor Richard C. Helmstetter on several designs, including the X-12 irons. The duo collaborated on the Big Bertha Tour Series wedges in 1997, which were cast from stainless steel and aluminum bronze, and the cult favorite X-14 Pro Series wedges in 2000. 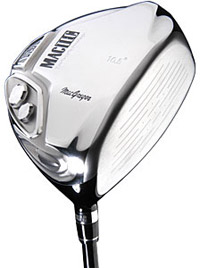 One of the most impressive drivers I hit all of last year was the MacGregor MACTEC NVG. I played it for several weeks before writing a positive review of the driver. In short, I found it long, loud, and very straight.

A year later, you can add another adjective to my description of the MACTEC NVG: “discontinued.” That’s right. Thanks to the ever-decreasing length of the product cycle in the golf business, MacGregor launched two new versions of the driver this January. I’ve had the chance to play several rounds with the new MACTEC NVG2 Tour driver, giving me the chance to decide whether to add “improved” to the MACTEC adjective collection.

Callaway’s HX Tour ball has been slightly redesigned for 2006, with changes to the cover and the production process. 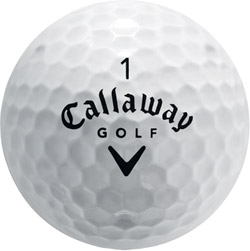 Callaway Golf’s HX Tour golf balls are among the best-selling balls at retail and also enjoy strong usage numbers on tour. While the HX Tour and HX Tour 56 still look longingly up at Titleist’s Pro V1x and Pro V1, Callaway’s flagship balls have actually outpaced Titleist in major championship wins on the PGA and LPGA tours over the last two years (thanks to Annika Sorenstam, Phil Mickelson, Michael Campbell, and even Nike-using Tiger Woods).

This year sees the introduction of a revamped HX Tour ball, known as the “Improved” HX Tour. Callaway claims the balls are more durable and more consistent than the original model. We put them to the test to see how they compare to last year’s model.

The Odyssey White Hot Tri-Ball SRT Putter is bigger than its older Two-Ball sibling, but is it better? 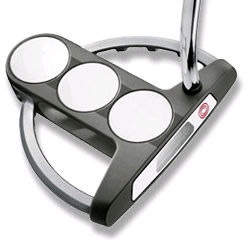 Odyssey’s Two-Ball Putter is the world’s best-selling putter model over the last five years. While the unusual-looking putter has spawned scores of imitators and ignited the high-MOI, alignment-based putter craze, it takes an equipment nut with a sense of history to remember that it is a descendant of Dave Pelz’s 3-Ball putter from the 1980s.

Pelz couldn’t get the USGA to approve his odd-looking device (not “plain in shape” as the Rules of Golf require), but Odyssey was able to adapt his design into the more palatable Two-Ball. Flatstick fans who are looking to add the ball that fell off Pelz’s design in the Two-Ball evolution can now rejoice in the release of the Odyssey White Steel Tri-Ball SRT Putter. Is the Tri-Ball thrice as nice? Read on to find out what we discovered.