Bridgestone unveils its new J40 line of clubs, and this week we take a look at the first half of that line – the J40 drivers, fairway woods, and hybrids.

While most of you hardcore equipment nuts have at least heard that Bridgestone makes a lot more equipment than just golf balls, there’s a sizeable part of the population that has no clue that they have been producing a wide variety of clubs including drivers, fairway woods, hybrids, and irons. If you talk to someone who has actually played some of their equipment, you’re likely going to hear that Bridgestone’s clubs are possibly the best kept secret in the industry. I for one think that’s a shame, so this week, we’re happy to announce that Bridgestone has taken the covers off of their latest full line of equipment – the J40.

Previous families include the J33, J36, and J38 though there’s a chance you’ve seen other Bridgestone items on tour (other than balls, that is) and didn’t even know it. Maybe you’ve seen various Japanese players with a Tour Stage hat or bag? Yep, that’s Bridgestone too. Oh yeah, and some guy named Matt Kuchar has a bag full of Bridgestone clubs. Maybe you’ve hear of him? He’s only 8th in the world right now. So without further adieu, let’s take a look at the newest J40 drivers, fairway woods, and hybrids from Bridgestone Golf.

J40 Drivers
With the unveiling of the new J40 lineup, Bridgestone introduces us to not just one, but two new J40 drivers. Both have been designed to be “low spin machines”, the result of which being exceptional distance and accuracy. 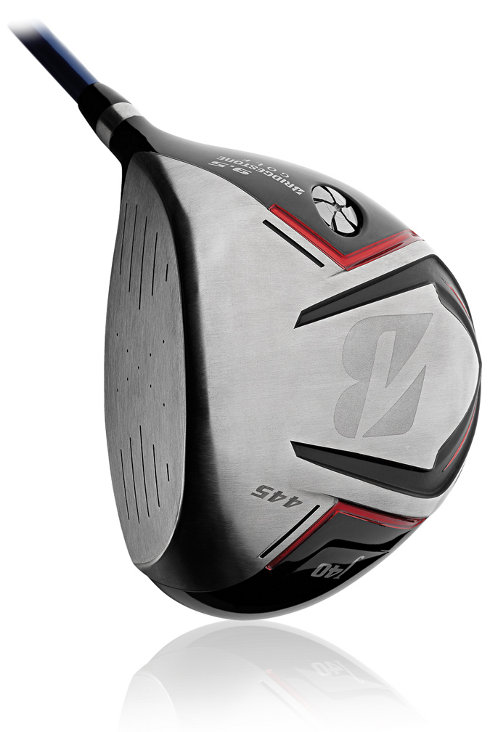 The larger 445cc head was designed to deliver a mid to high launch with low spin, which should result in longer distances and more accurate drives. The round shape of the 445cc head was decided upon in order to achieve Tour-level stability. The short hosel promotes maximum control, while he deep face increases the vertical gear effect. The head itself is constructed of four pieces of 6-4 titanium which allows for discretionary weighting around the perimeter of the clubhead. That perimeter weighting equates to a club that is more resistant to twisting at impact. At the forefront of the 445cc J40 driver is Bridgestone’s Variable Face Thickness Design, which incorporates increased mass on the heel and toe sides of the face. As a result, ball speeds on off center contact are higher, putting the player further down the fairway even when they’re not hitting it perfectly.

The J40 Driver and Fairway Woods maintain Bridgestone’s focus on producing low spinning and high launching heads to maximize distance. In the J40 445 construction, we’ve made forgiveness the most important aspect of the driver design and with the J40 430 we focused our efforts on workability and control. We now have high launch low spin offerings for two very different types of players, both of whom value increased distance and consistency. 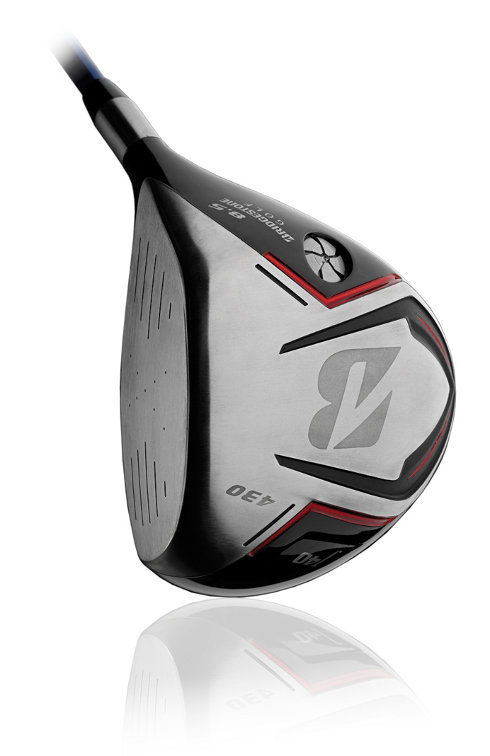 The 430cc variant of the J40 driver was designed to play a little differently – it launches the ball on a more low to mid launch trajectory, again with very low spin. The 430cc head maintains an aesthetically pleasing, traditional pear shape and integrates a longer hosel which allows for maximum workability while the deep face promotes the ultimate in spin-reducing distance. Like it’s larger sibling, the J40 430 employs a four piece clubhead composed of 6-4 titanium, which again allows for very precise perimeter weighting. The Variable Face Thickness design is present in this smaller headed version as well.

While both are available in 9.5° of loft, the J40 445 is also offered with 10.5° and 12° of loft while the J40 430 has an additional option with 8.5° loft. Both come standard with the Project X graphite shaft topped with a Golf Pride grip though custom options for both components will be available when each model hits the market. The J40 445 will hit stores in October with a MSRP of $449, though street price is more along the lines of $399. If the J40 430 is more your tastes, you’ll have to wait until January.

J40 Fairway Woods
Complementing the above drivers is the J40 fairway woods. Constructed of the standard 17-4 stainless steel, the J40 fairways feature a lot of the same design cues found in the drivers, such as Variable Face Thickness Design and enhanced perimeter weighting (thanks to a thinner crown). This results in an increase in stability at impact and improvements in control and distance. The clubhead is slightly larger than previous generations, which allows for more built in forgiveness. A Tungsten weight located in the heel helps to create an optimal center of gravity. 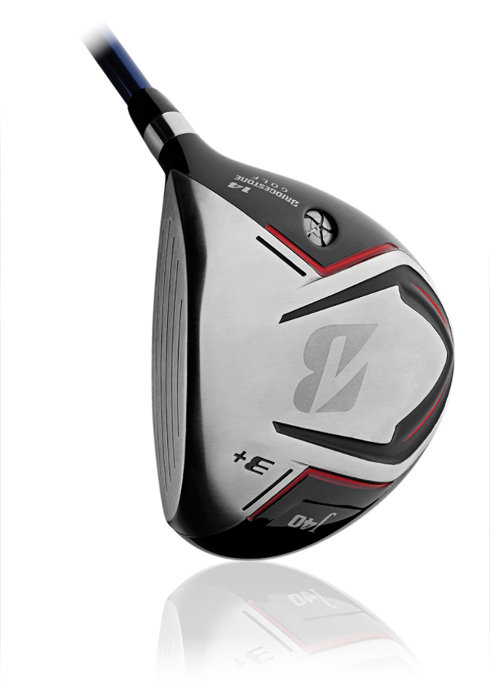 Three loft options will be available for the J40 fairways, including a 14° 3+, a 16° 4W, and an 18° 5W. Bridgestone chose the Project X graphite shaft for the J40 fairway woods, keeping them consistent with the drivers. Expect to see them in stores in October with a street price of $199.

J40 Hybrids
Next in line is Bridgestone’s new J40 hybrids, which were designed with an improved shape and a more optimal weighting, are said to be their longest, most forgiving hybrids yet. In order to increase forgiveness on off center contact, the heel to toe design is now longer, resulting in the a minimal distance loss. According to Bridgestone, the J40 hybrid oriduces the ultimate in soft yet solid feel, thanks to the 17-4 stainless steel head composition. Just like the drivers and fairway woods of the same name, these new hybrids were designed with perimeter tungsten weighting, which increases stability at impact. Also found on these hybrids is the same Variable Face Thickness Design in order to promote faster ball speeds. Finally, the blade-like masking at address increases the visible face area at address, making for a more pleasing appearance when standing over the ball. 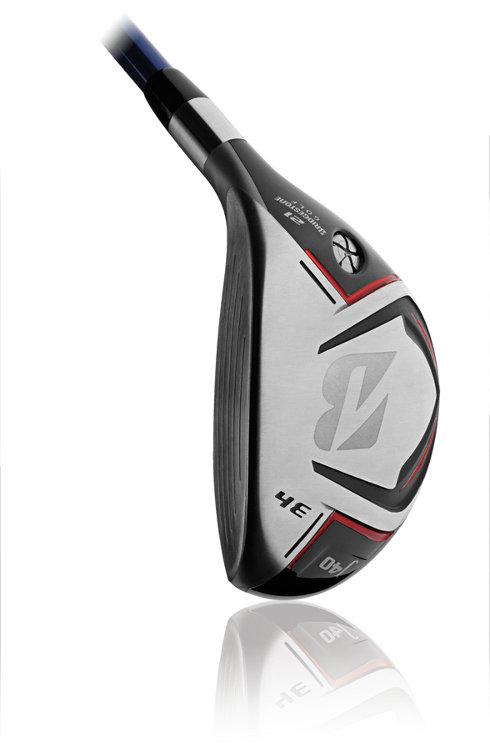 The hybrid is taking on an increasingly important role in golf given the decline in long iron usage. Our new J40 hybrids are longer and more forgiving than our previous offerings, and we expect them to find a place in many serious players’ bags.

Again, there will be three lofts available, starting with an 18° 2h, followed by a 21° 3h, and finally a 24° 4h, and the stock shaft is the Project X graphite. Look for them in stores in October with a street price of $279 each.