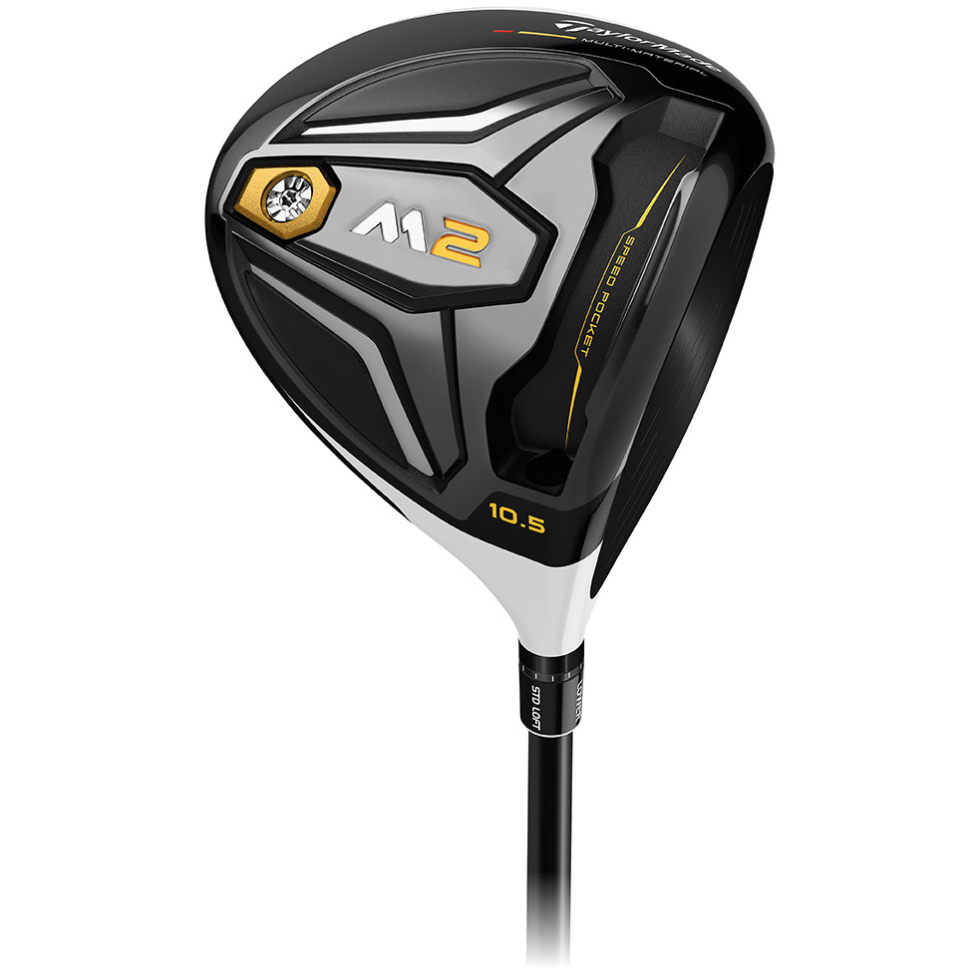 While the M1 was designed with the better player in mind (it is the most-used driver on the PGA Tour), the M2 is TaylorMade’s answer for the rest of us. The goal for the M2 was to create a driver that was both long and forgiving and to do this, TaylorMade has used a number of different technologies and features. Like the M1, the M2 uses an ultra-light carbon composite crown and internal acoustic engineering. If you look at the M2, you will see a yellow weight towards the back on the sole of the club, which is used to create a center of gravity that is low and back. This low-back CG helps golfers to get the ball up in the air. A face featuring a massive sweet spot and the speed pocket help golfers create faster ball speeds while allowing for strikes to be less than perfect. 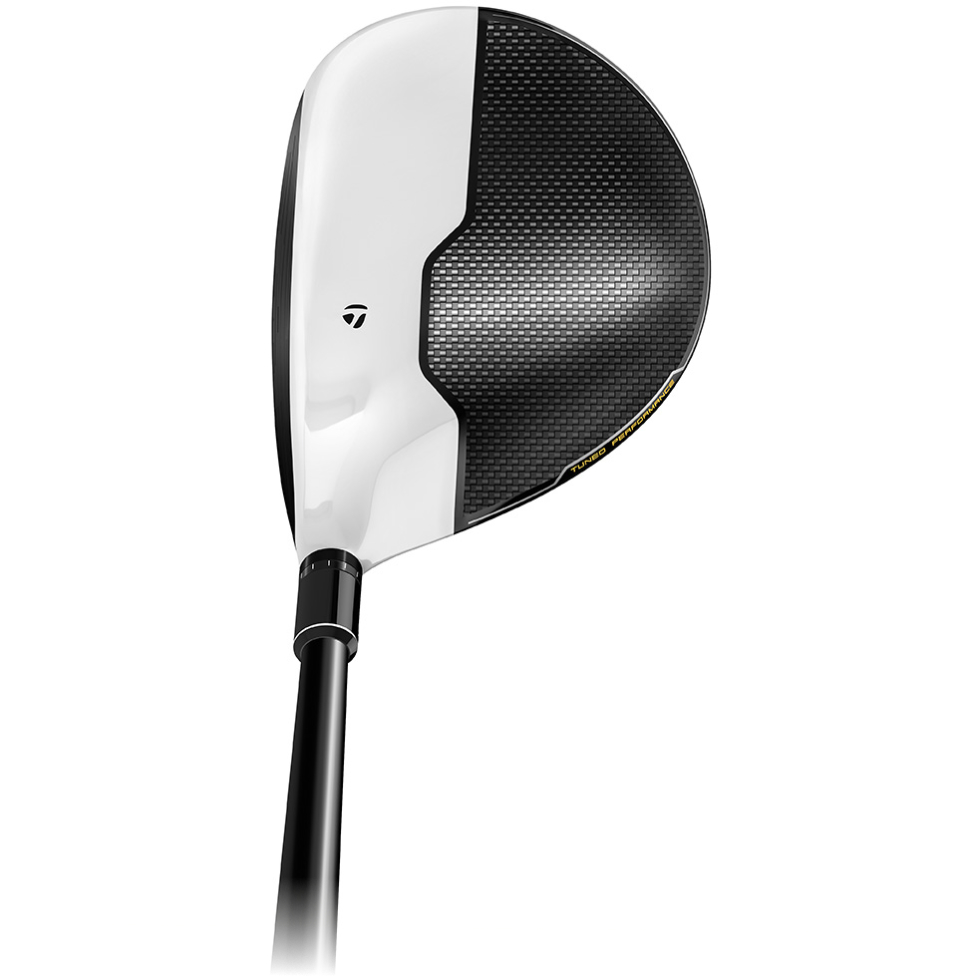 The M2 features TaylorMade’s standard adjustable loft sleeve, allowing the golfer to fine tune their launch. Typically, one will find the M2 with other the Fujikura Pro 60, Kuro Kage, or Aldila Rogue as the stock shaft, however TaylorMade is offering over 30 shafts in the M2 for no uncharge. The club is available in 9.5, 10.5, and HL models. The cost for the new driver is $399.99. 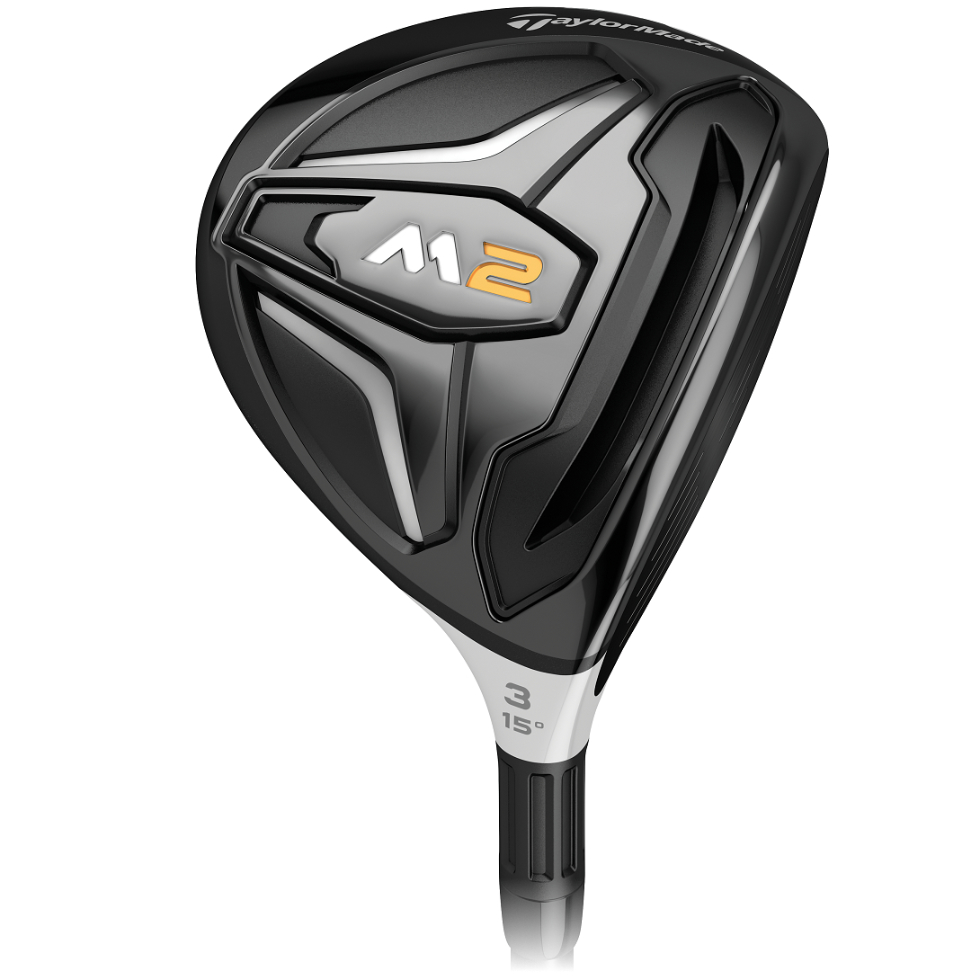 TaylorMade is claiming that the M2 fairway is their longest ever. Like the driver, the M2 fairway uses a multi-material design and features a shallow profile. The key contributing factors to it being their longest fairway wood is the speed pocket, which the company says is the most flexible they have used. This is coupled with a low CG and a fast face to maximize both the distance and forgiveness of the club. TaylorMade has also worked to improve the sound and feel of the club with the addition of a fluted hosel. The stock shaft is the TaylorMade REAX shaft in x-stiff, stiff, regular, senior, or ladies. It is available in 3 (15°), 3HL (16.5°), 5 (18°), 5HL (21°), and 7HL (24°) models. The cost of the new M2 Fairway is $249.99. 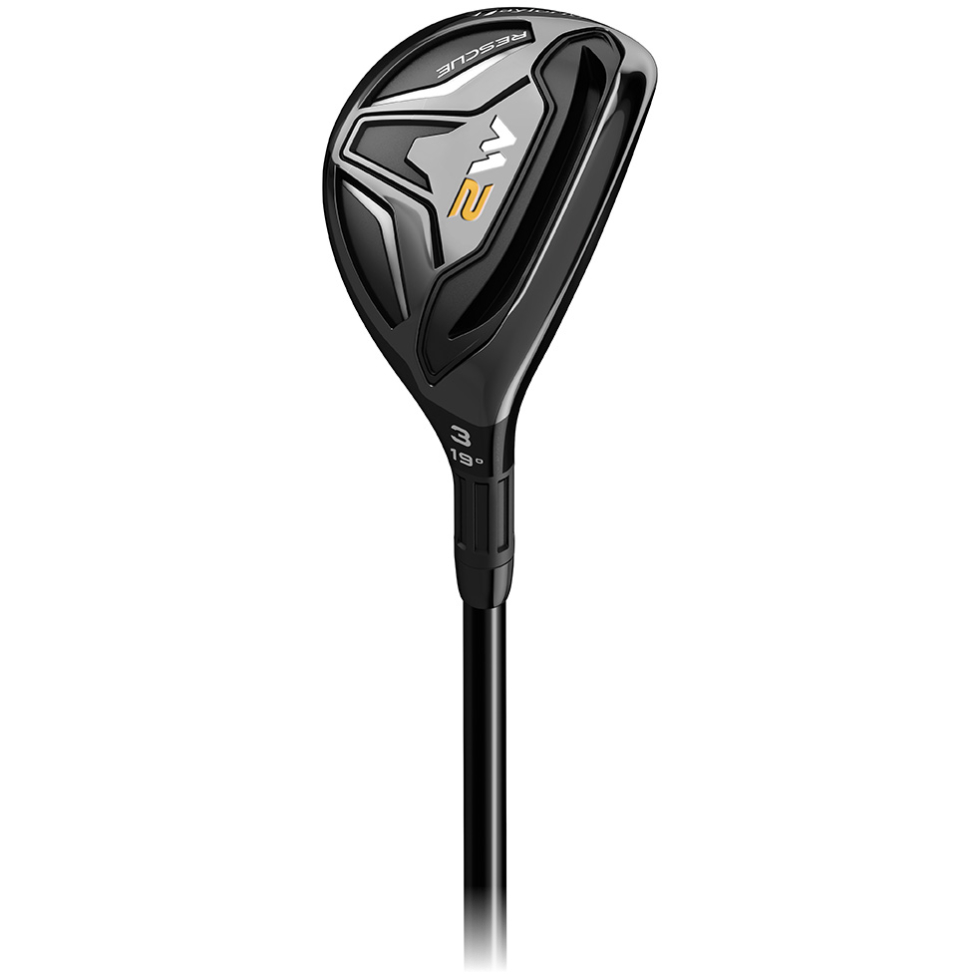 New rescues are also part of the new lineup. The M2 Rescue feature a redesigned, open-channel Speed Pocket which helps create a large sweet spot for long distances. The new rescues also use a new shape which was designed to inspire confidence. The use of a fluted hosel and internal acoustic engineering helps to manage vibrations to aid in a solid sound and feel. The M2 Rescue comes stock with the TaylorMade REAX shaft in stiff, regular, senior, or ladies flex in 3 (19°), 4 (22°), 5 (25°), and 6 (28°) models. The cost of the new M2 Rescue is $199.99. 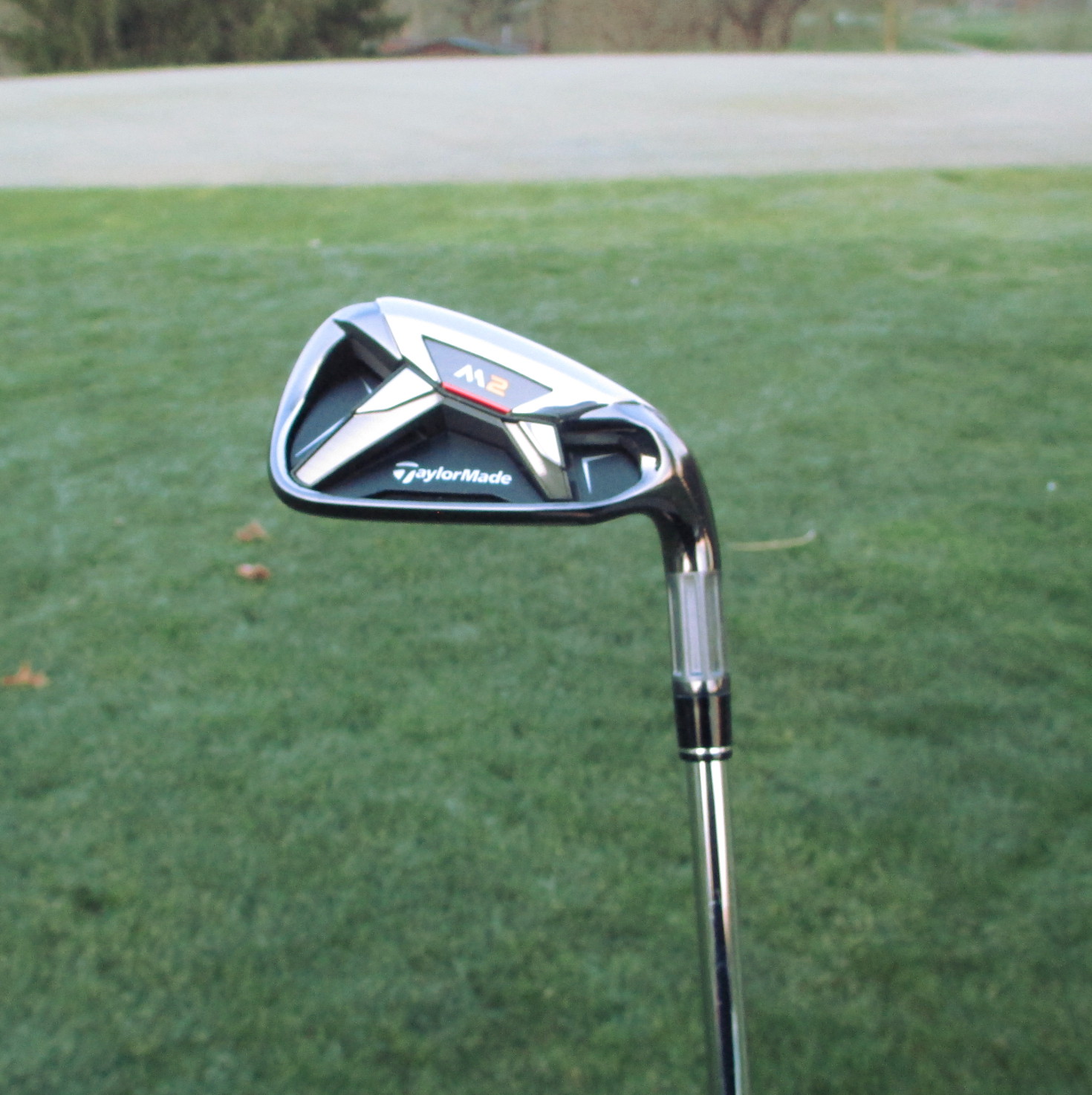 Probably the biggest buzz surrounding the new M2 lineup is around the new irons. Nearly all game improvement irons promise the golfer more distance, but the M2 irons are going beyond that; they are promising more height as well. According to TaylorMade, Jason Day is the reason they created these irons. Like many on tour, Day hits the ball a long way, but he hits the ball higher than most. So why is height so important? Well, hitting the green doesn’t do you a whole lot of good if the shot can’t hold the green and the increase in height means your ball is more likely to stay. 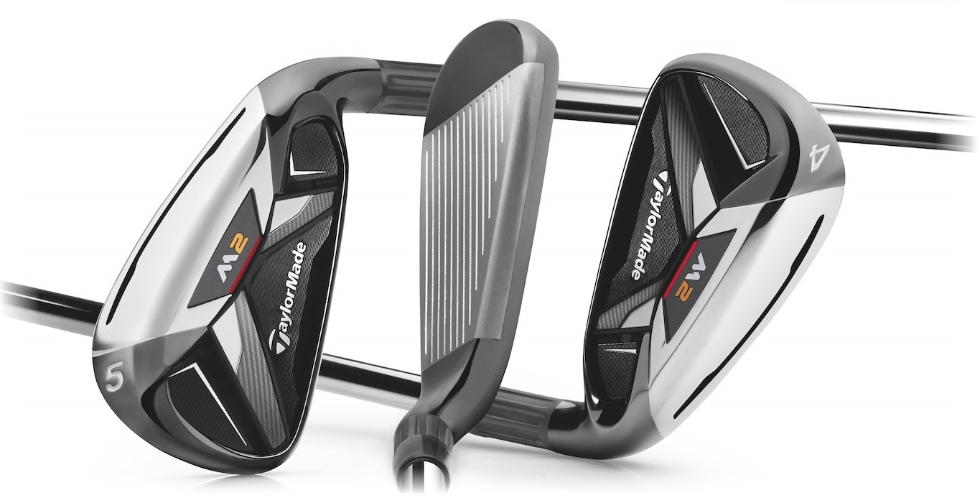 There are a number of contributing features that help make the M2 irons the longest, highest launching irons that the company has created. The first is the 360° Undercut which helps create an ultra-low center of gravity. Because the low center of gravity launches the ball so high, the lofts can then be strengthen to allow for more distance without losing the height one is looking for with a particular iron. The irons also feature a thick-thin fluted hosel which also contributes to the club’s low center of gravity. Creating high ball speed is key to hitting the ball a long way, and the return of the speed pocket as well as a thin face with Inverted Cone Technology takes care of this. Shaft wise, there are a number of different options whether you’re looking for a light-weight, mid-weight, or tour-weight shaft. The basic 4-PW set is available for $799.99 with steel shafts or $899.99 with graphite shafts.