The new Callaway X-Hot Fairway wood is a solid and long option for any golfer looking to upgrade their fairway wood. 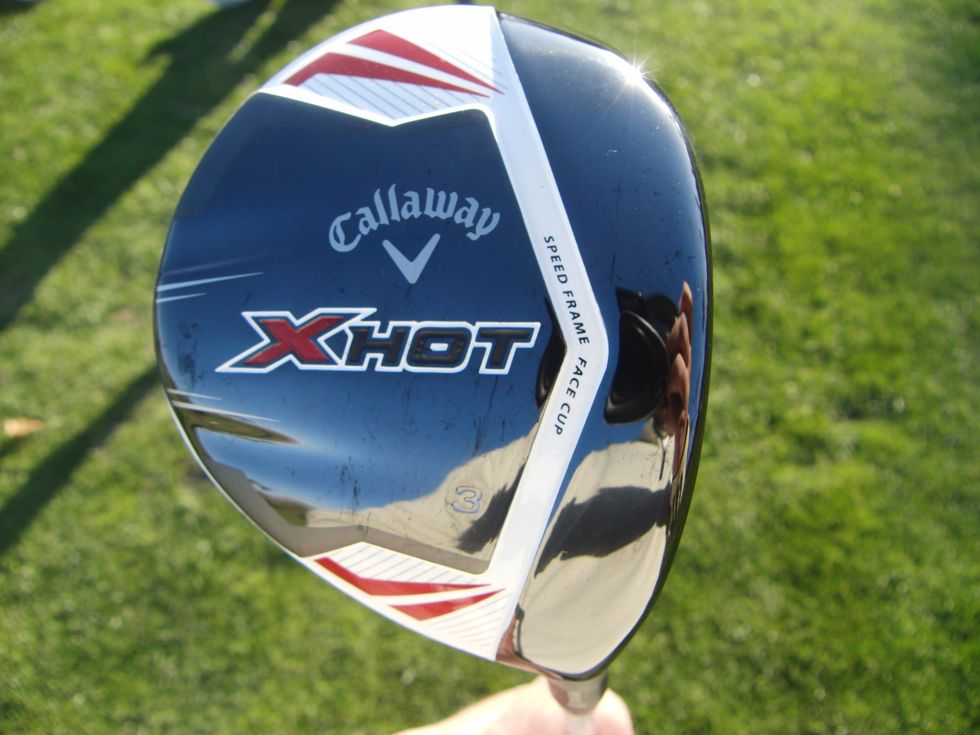 Over 5 years ago I reviewed the original Callaway X-Hot fairway wood. I was drawn to it’s length off the tee due to an extra inch on the shaft and a larger and more forgiving face. Since that time I’ve tried at least one fairway wood a year to see if I could replace it. Each time I felt like I was giving something up.

When the new Callaway X-Hot clubs were announced I jumped at the opportunity to take a few swings with the new version. While the shaft is a half-inch shorter, I felt like technology would make up the difference and also gain a bit in accuracy.

After a few sessions on the range and a handful of rounds all I can say is that I can guarantee that there will be an X-Hot in my bag the rest of the foreseeable future. Which one? Read on to find out.

Callaway accomplished their goals by designing the club in two separate pieces. First was the fused stainless-steel Forged Speed Frame Face Cup. This allows for not only fast, but also consistent speeds across the entire face of the club.

The second piece is the stainless-steel casting of the clubhead. This is the piece that includes the Internal Standing Wave which pushes the weight as close to the face as possible and lowers the center of gravity. The low CG was something missing from the previous X-Hot fairway wood. 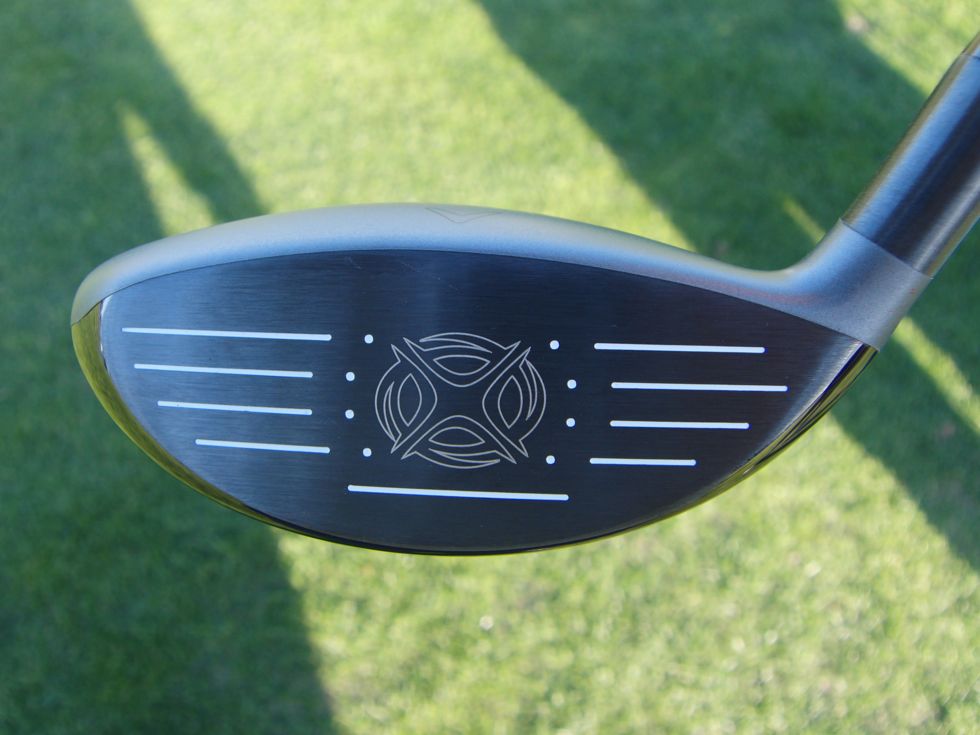 One other update to the X-Hot was the addition of the Warbird-style sole. It has gotten a makeover of sorts but adds a bit more versatility to the X-Hot. The previous generation X-Hot was a bit harder to hit off the deck. The new incarnation with the changes to the sole make this type of shot much easier.

Esthetics
I’m a bit more of a purist when it comes to styling and looks of golf clubs. I don’t like to have a lot of distracting graphics when I’m addressing the ball. Similar to the X Hot driver, Callaway has opted for a matte grey finish for the crown of their fairway wood. The difference being that the X Hot fairway wood has a bit of red and black on the back of the crown to match the red and black color scheme on the bottom of the club. Also, they added the traditional Callaway alignment mark on the fairway wood where the driver has none. Not sure of the reasoning for that, but it works for me. 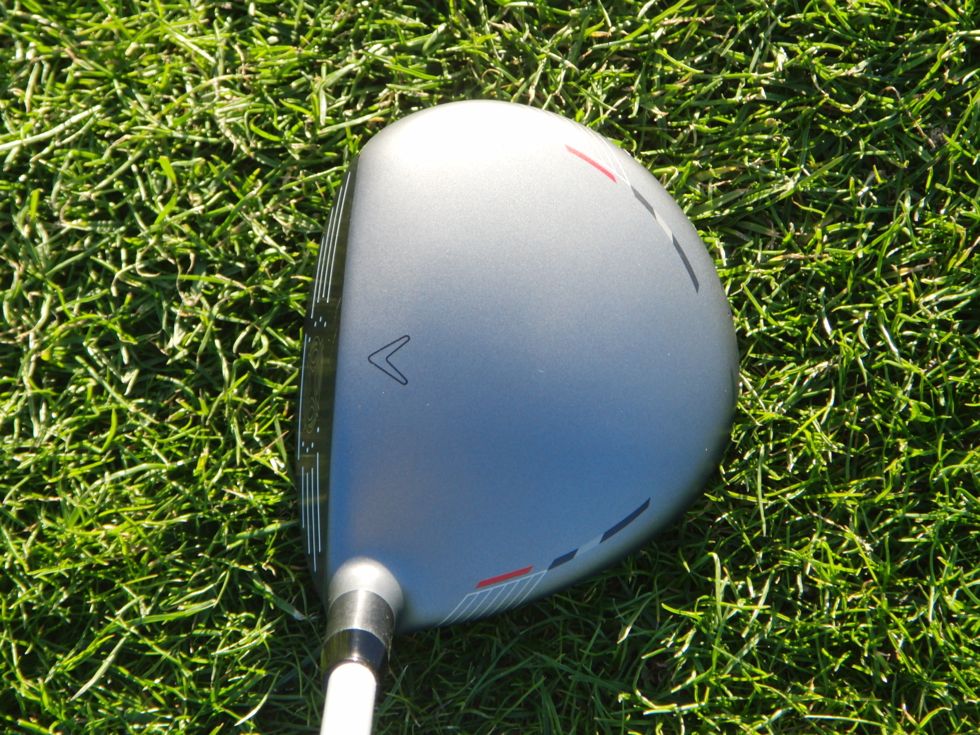 Overall, I’m a big fan of the matte finish. I’ve seen this starting to appear on numerous clubs and appreciate it more than a high-gloss finish that is prone to scratching and glare. I could care less about any of the graphics but none are over the top. Probably the only change I’d make is to remove all graphics from the top of the club other than the alignment aid. I think Callaway did a very good job in designing the X Hot fairway wood.

Performance and Feel
As mentioned before, I’ve had the previous generation X-Hot fairway wood for many years now because it served me very well. I don’t use the fairway wood much from the (ironic, I know) fairway. I prefer to use it as a second driving club that gives me a bit more accuracy and control. If I can hit it solidly off the deck, it’s just a bit of a bonus.

This incarnation has a half-inch less length on the shaft and I could tell immediately at setup. While this didn’t bother me at all when testing the club I definitely wondered if it would affect the performance and keep me from hitting it as long. After a few swings I quickly put those concerns to rest. 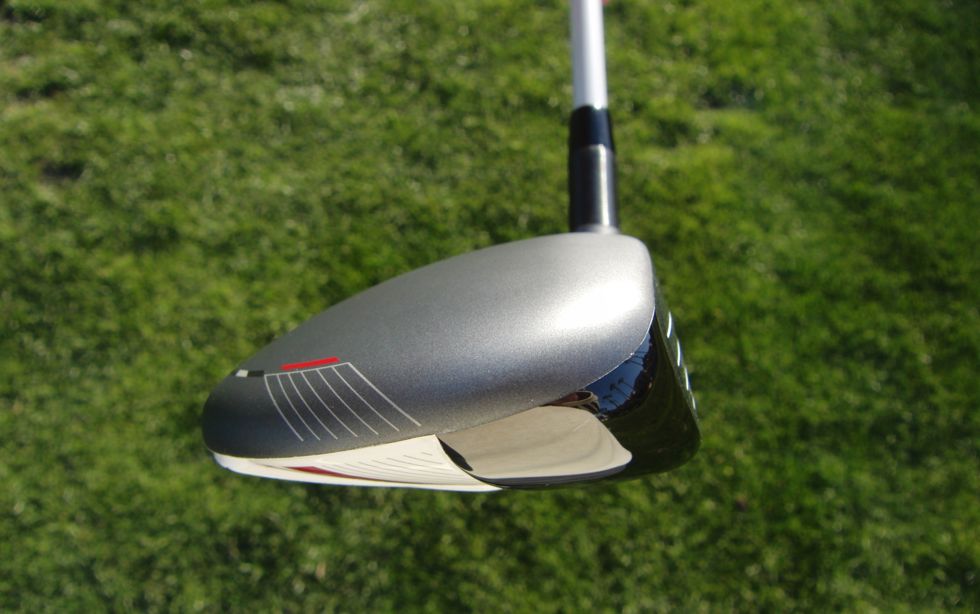 One of the most solid fairway metals out there.

The first thing I noticed (as well as a friend I had hit the club) was that when I hit it pure and in the center of the face I could barely even feel the ball coming off of the face. It was nearly like swinging at air. Hit it on the toe a bit or towards the heel and you will definitely feel it but a pure strike of the X Hot fairway feels like no other fairway wood I’ve ever hit.

As for the performance, well, I can easily say that this club is a good 10 yards further than the old X Hot. In fact, I know there were a few times I carried this as far as my G20 driver and still got a bit of roll. The other thing is that I can also feel like the club is very workable and the Project X stock shaft that comes in the X Hot is a great option for my swing speed.

The bonus is that with the new (or I should say old) Warbird-like sole, hitting of the deck is easier. I still prefer using my hybrids but I hesitate a lot less to pull the X Hot out of the bag if I have a shot that demands the fairway metal. 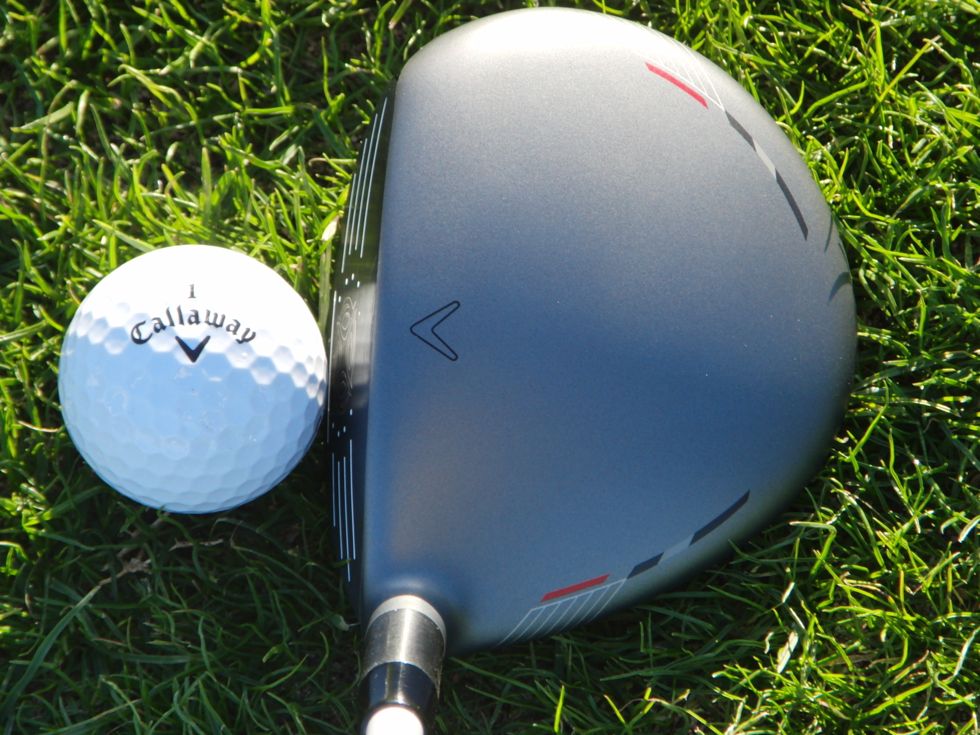 I haven’t hit a better fairway wood in many, many years.

Overall, I don’t think I could find a better fairway metal. I had tried numerous in the past few years but nothing worked for me like my old X Hot. The new version easily distanced itself and established a home in my bag. Probably one of the best signs of how good this club was a round I played a few weeks back and hit only two drivers in 18 holes. I kept hitting the X Hot. I was hitting it past the other guys in the group routinely and one of them came over and took it out of my bag and asked, jokingly, “What the h*#& is in this thing?”

My reply was, “I don’t know, but whatever it is it works.” 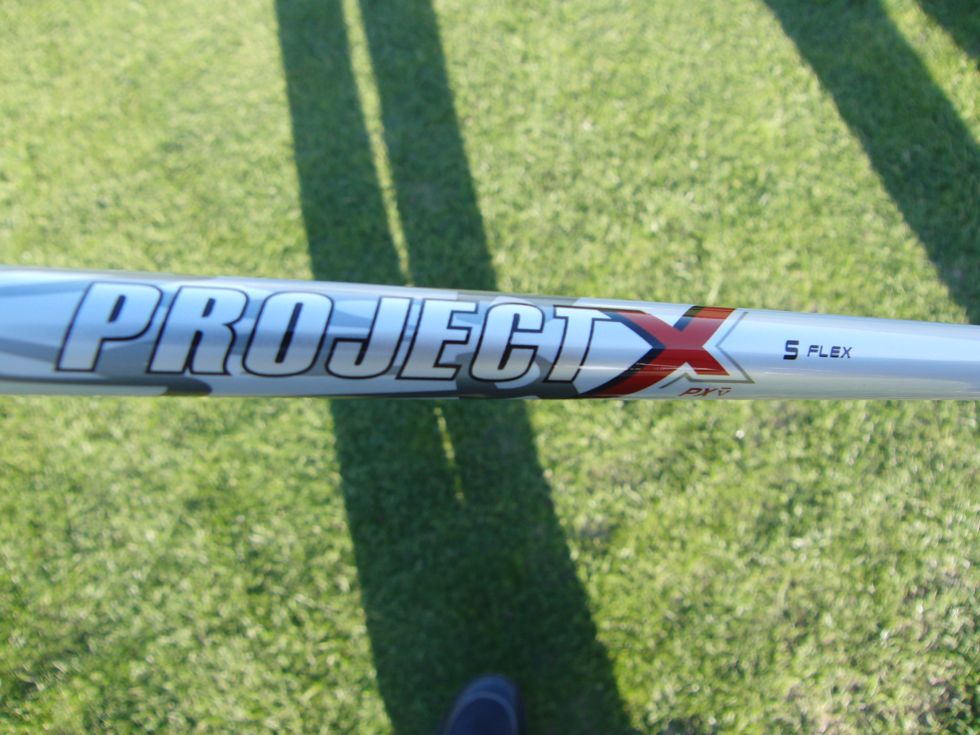 IIf you want a custom shaft they do offer a wide variety. The Project X velocity stock shaft is solid but if you prefer Aldila or Fujikura, you’re in luck as long as you’re willing to pay an upcharge for some of the more expensive shafts.

Conclusion
I’ve been extremely impressed by Callaway’s newest version of the X-Hot. The first iteration of this club was one of my favorites. It took a long time for Callaway to develop their next version but I’m glad they did. I’ve never hit a fairway metal as long and solid as the X-Hot.

Five years is a long time for a club, outside of a putter, to last in anyone’s bag. For some reason my fairway metals have lasted a lot longer than the others. First the Callaway Steelhead Plus; then it was the Callaway X-Hot. Now I have finally found a replacement. I’d highly encourage all golfers to give this club a try. I can’t imagine too many being disappointed that they did.