From the range of the WGC-Bridgestone Invitational, we bring you a sneak peek at the new 710 Series irons from Titleist.

Today, we present our own images, from the range at the WGC-Bridgestone Invitational in Akron, OH, as well as some video. Enjoy.

Let’s start with the AP1, a club that was perhaps under-valued by golfers in the 8-18 handicap range. Titleist really feels that the 710 Series AP1 is going to be a great club for those golfers. Given my experience with the club, I’d tend to agree. Titleist has made some great improvements to the AP1, but the question remains: does the bogey golfer think that all Titleist clubs are for the low handicappers? Will Titleist’s “For Skilled Players” reputation continue to dampen sales of the forgiving, game-improvement AP1?

Here’s a look at AP1 at address, followed by an image of the cavity and some shots comparing AP1 to the new AP2. 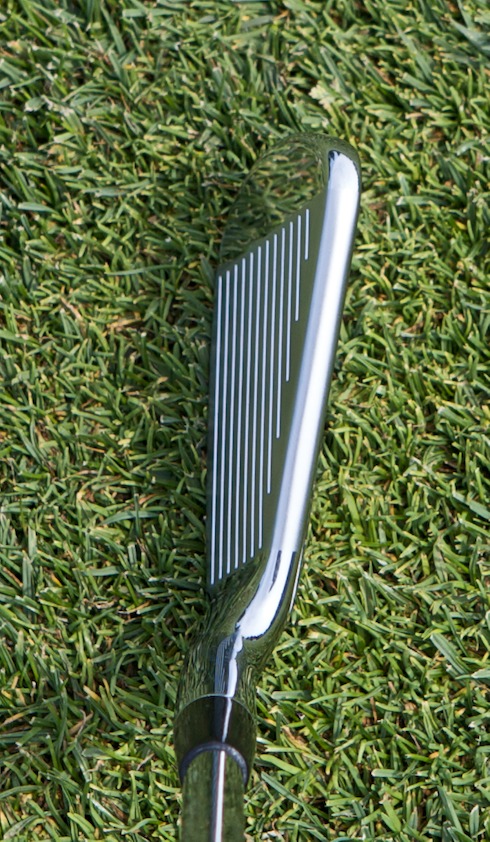 The 710 Series AP1 features a thinner topline and a bit less offset than the current AP1. 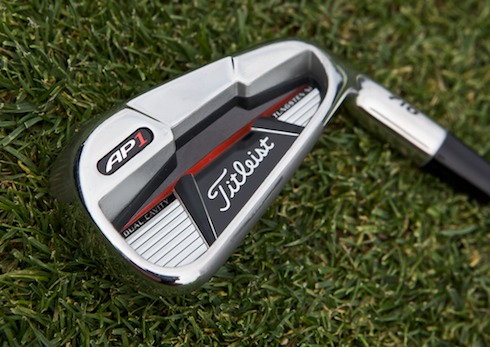 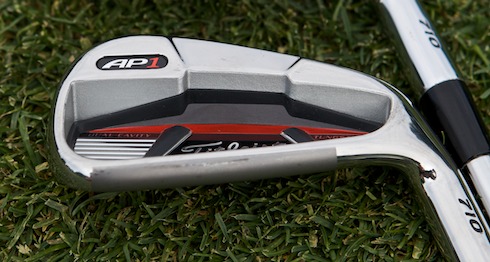 Here’s a good look at the AP1’s cavities. Note the notch and the new heel-toe weighting. 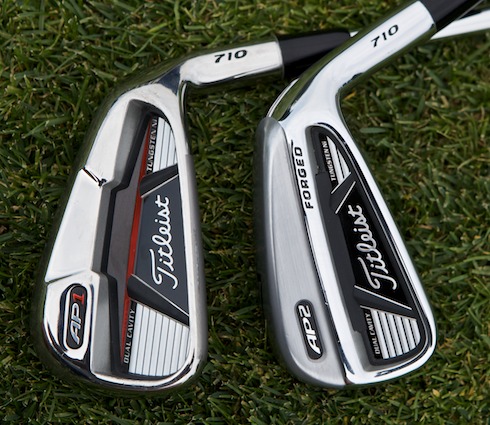 The AP1 and AP2 both see the addition of a full-cavity plastic ring to create a buttery feel. 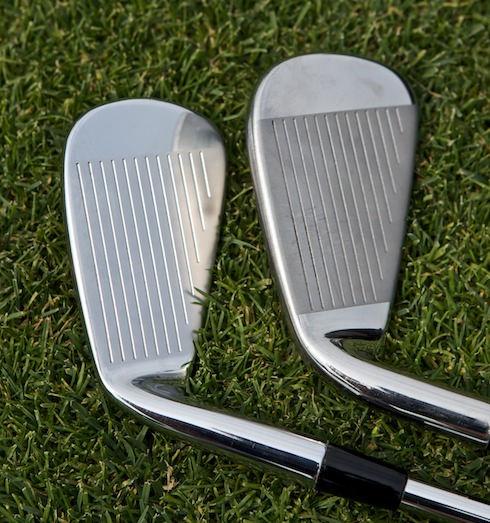 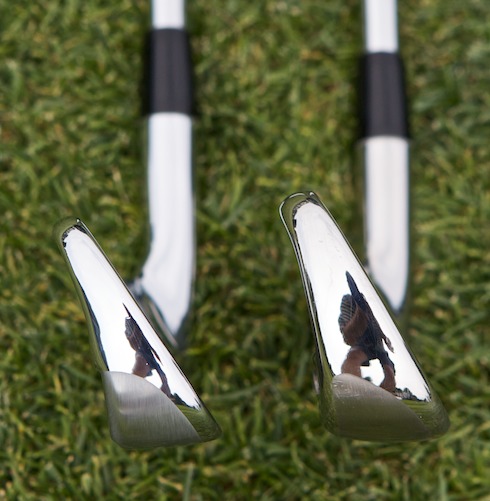 The AP2 (left) and AP1 toes (and my reflection). Note the differences in bounce between the two. 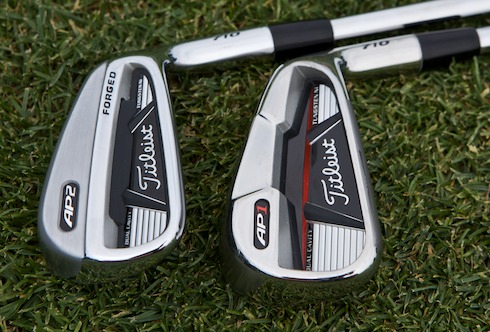 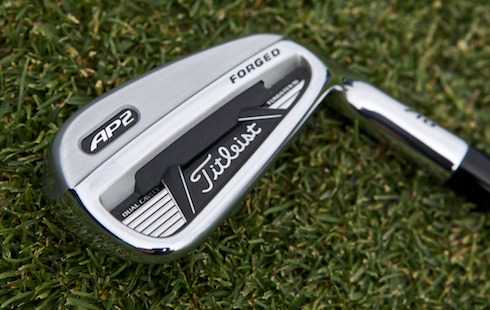 The stabilizing “arms” aren’t really all that thick, but they have a tremendous effect on feel. 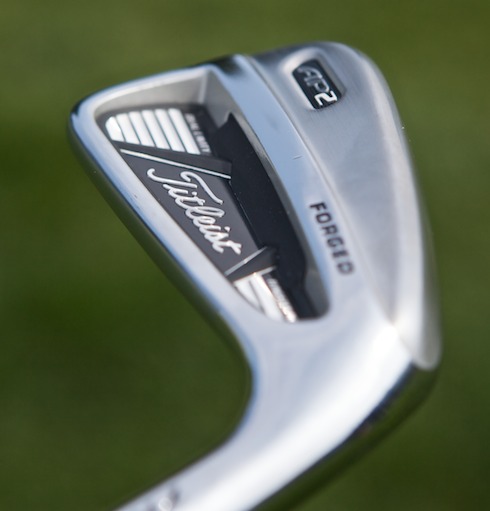 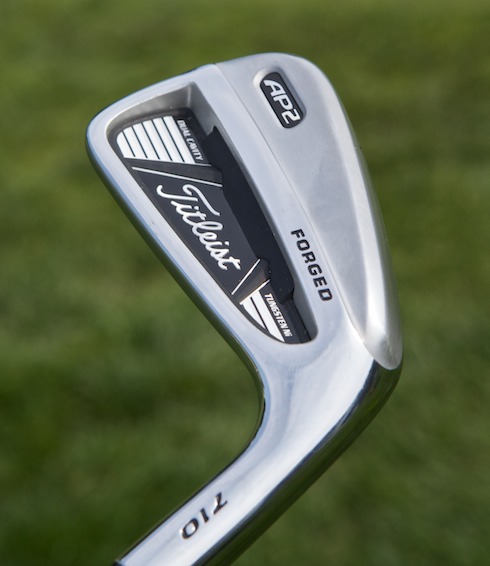 Two more shots of the cavity sand the arms. They’re equally small in AP1 and add a little “coolness” to the clubs in addition to the more buttery feel. 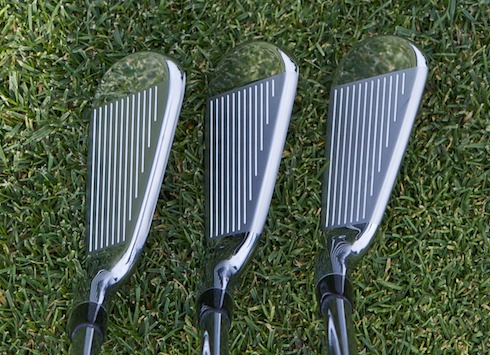 The Titleist 710 Series AP2, CB, and MB at address. AP2 isn’t much thicker than even the MBs! 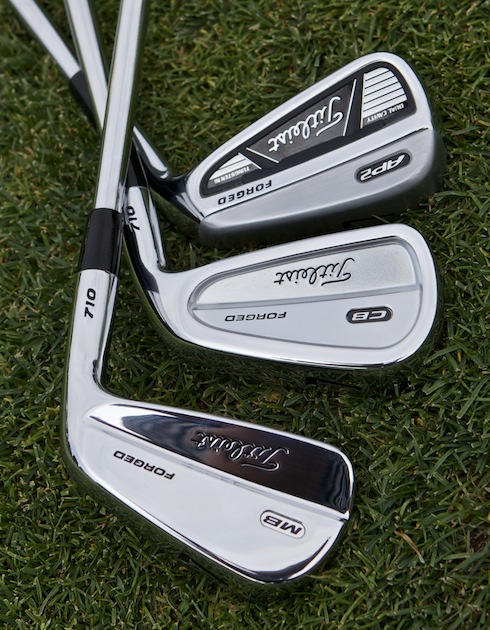 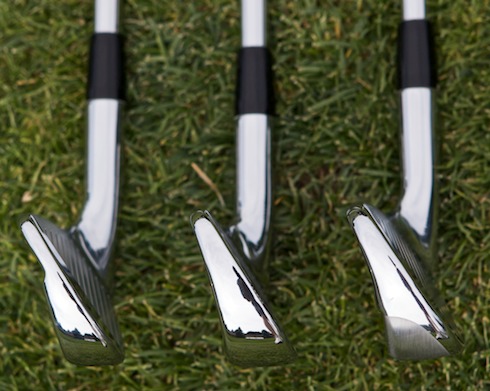 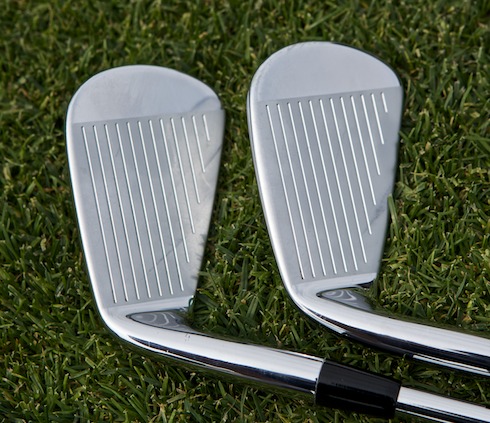 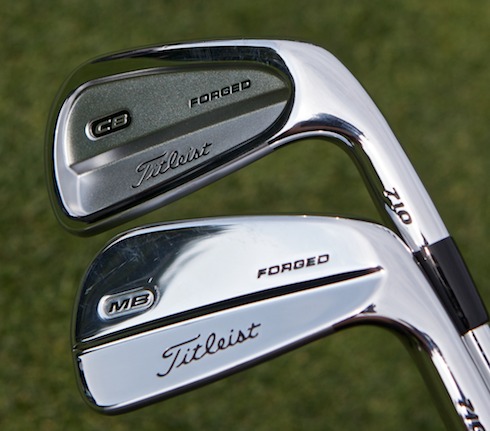 In the clubface image, I bet you can’t tell which is which. And finally, one last look at CB and MB.

For those wondering about blended sets of the CB and the MB, that won’t be quite as easy as with previous generations. The lofts on the CB and MB are the same (previous generations had stronger-lofted cavity back models), so the CB launches a little higher and with a bit more spin than the corresponding MB iron. Golfers may need to do some set tuning or loft bending in order to blend CB long irons with MB short irons.

31 thoughts on “More of the 710 Series Irons from Titleist”