With a club as easy to hit as the G15 hybrid, why fight a difficult long iron? The new G15 hybrid offers great distance, incredible forgiveness, and loads of versatility in a new package. 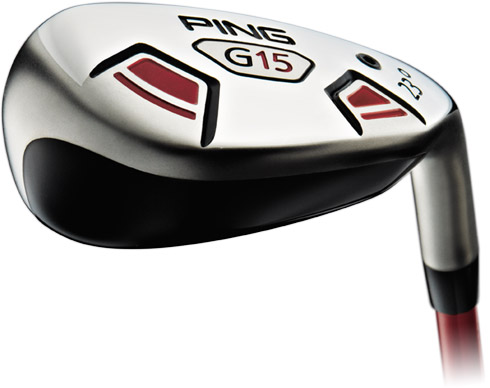 PING has been a major innovator in the industry for quite a while. No one can argue the significance of the innovations they’ve created to help all players. Even in PING’s inception, Karsten Solheim made history as being the first to use heel-toe weighting in the custom putters he created. 50 years later, that tradition of forward thinking and advancement continues, as the new G15 lineup is evidence of how far along they’ve come.

Up until this point, my experience with PING clubs had been limited to their drivers and putters. Though I never pulled the trigger on it, the Rapture V2 was (in my opinion) one of the best drivers I had ever hit. The G10 however wasn’t too far behind it, which is the reason I was pretty excited to have the opportunity to review the hybrid in the latest of PING’s G-series.

The PING G-Series are a great option for anyone either new to the game or one who’s looking for an all-around solid club with a good degree of forgiveness. Normally, hybrids fit in great with this demographic, though there are always golfers who want to play long irons over the hybrid counterparts. The G15 hybrid might be that perfect blend of iron and hybrid that changes some players’ minds.

Design
The compact shape of the G15 hybrid’s 17-4 stainless steel head is much shorter in length (from face to back) than most other fairway wood-inspired hybrids. Instead, think of this hybrid as being more like a driving iron, similar to the hybrids made popular by Adams. The intention of this design is to make the player set up to hit this hybrid the same way they would with a regular iron.

Perimeter weighting is provided by a large internal toe pad in order to provide forgiveness and assists in locating the center of gravity low and close to the face for a high launch and low spin. In fact, PING is calling the G15 their longest and most forgiving hybrid to date, thanks to the previously mentioned toe pad.

Esthetics
Again, the G15 hybrid looks much like a driving iron, but with a shortened, curving black head. The head design is very much a departure from its previous-generation, fairway wood-inspired G10 counterpart. The thickness of the face is immediately visible, as a couple of millimeters of grey steel face extend at the crown. The sole is mostly flat and clean, with the weight pads, the signature PING logo, the loft of the club, and the G15 stamping (all in the red and black common to the G15 line) being the only markings visible on the polished sole.

Looking down at the hybrid at address, the club maintains a clean appearance, though the offset may throw you for a loop. At first glance, you may actually forget that you’re hitting a hybrid, thanks to the compact shape of the black head. 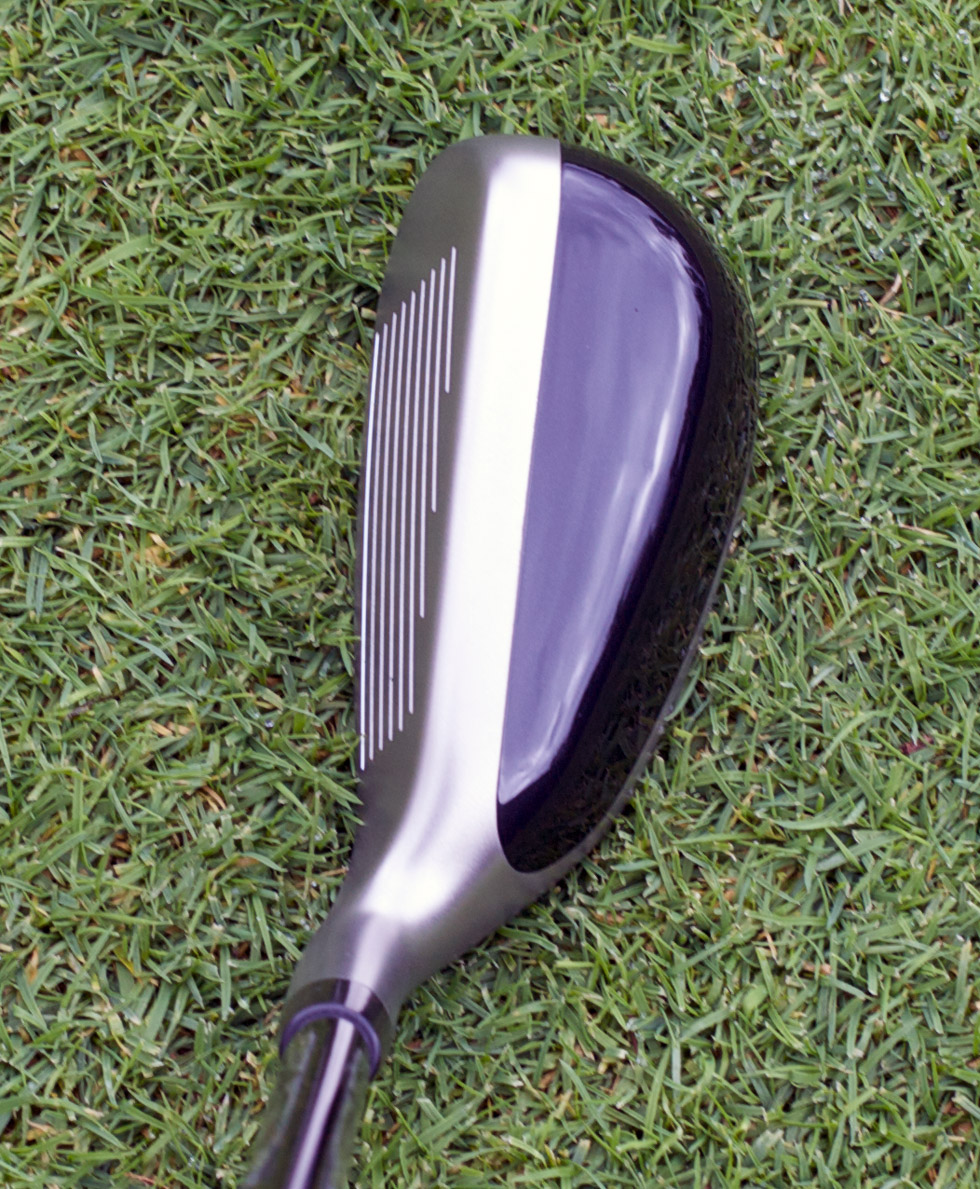 Performance
To be completely honest, I wasn’t very comfortable with the long iron replacement at first. Luckily, first impressions don’t equate to the lasting opinion, and this club is proof of that. At address, what seems like a large amount of offset – if you’ll pardon the pun – really threw me off. The irons I play have a very minimal amount of offset, and going from one extreme to the other took a little bit of getting used to.

The other problem I had was the stock rubber grip, which was a little too small. Still, this is such a minor issue, it’s really barely worth mentioning. After having the grip swapped for a midsize New Decade Multi-Compound, my experience was considerably better. I’m not sure if it was a mental thing or not, but in my mind, it reinforces how important of a role the comfort of the hands play in the golf swing. As a side note, the red and black New Decade Multi-Compound was a great match for this club.

It was immediately obvious after my first trip to the driving range that this hybrid is a real beast. It didn’t seem to matter where on the clubface contact was made, it still launched the ball long and straight. With that in mind, the feel isn’t much different on a perfectly struck shot than it is on one struck near the toe (which can be both a blessing and a curse, depending on who you ask). This may be a drawback to some, but I don’t think anyone could complain about the performance this club delivers. 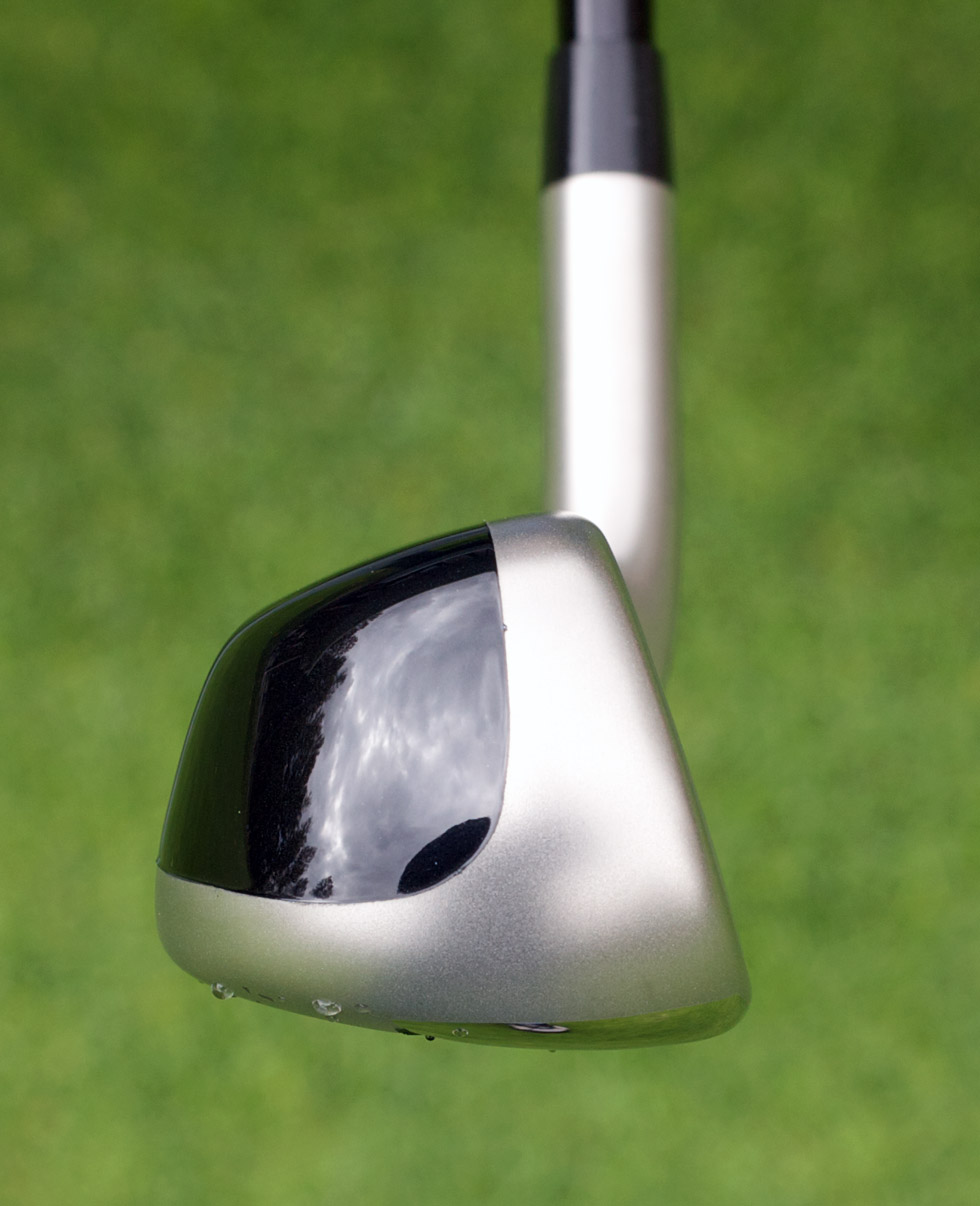 Launching the ball off the deck was extremely easy. I believe this is partly attributed to the shape of the head in that I found myself less likely to go at the ball like a fairway wood, and more likely to swing it as intended, like an iron. This has been something I’ve fought in the past and is part of the reason I went back to a 3-iron instead of a hybrid. This hybrid makes me re-think that choice. The flat sole glides smoothly across the ground and I never had a problem with it getting stuck when I tried to attack the ball on a steeper angle. Every shot would land softly and roll out just a bit.

Off the tee was more of the same. In my first outing or two with it, everything off the tee went left with either a solid draw or a borderline hook. I attributed this to not being accustomed to the offset, but once I became a little more familiar with the club and made a few adjustments, it was as straight as can be. On the flip side, though I like to play a fade, (and am much more consistent with it than I am with a draw) I really couldn’t get the ball to move to the right at all with the G15.

I don’t see this is as a negative because I believe this club would be an exceptional choice for any mid- to high-handicapper who fights consistency with their long irons and/or an uncontrolled fade/slice. The flip side of this is the reduction in workability that I mentioned; however, this club is geared towards the golfer that shouldn’t be concentrating on working the ball as much as they should be concerned with going straight.

Out of the rough, the club was simply outstanding. There was one situation in particular where the hybrid left me very impressed. On a longer par five, I was left with a side-hill lie in some pretty thick rough. When I took my swing, I thought that I had slightly topped the ball, but the G15 shot it out quickly and true to my line. The head really moved well through the thick stuff, and I never once got the feeling that the grass had caught it and opened it up or closed it down.

The ball flight produced by the G15 is piercing and boring, but did get a little high for my liking. Don’t get me wrong, it wasn’t excessively high, just slightly higher than I normally like. With minimal wind, it definitely is not an issue. Regardless, I’ve been working on keeping the ball down on command, but this hybrid seemed near impossible to lower even though the Aldila Serrano hybrid shaft is listed as a mid-launch. I suspect you can thank the extremely low CG for this. The Aldila Serrano was a nice surprise. The weighting and flex profile fit me well, and even a near effortless swing still launched the ball high and long.

Contact feels extremely crisp, even on off center contact. So much so that I could barely tell the difference between square, flush, on-target contact. Shots struck near the toe were nearly identical in feel to a well-struck shot. Some may see this as a drawback, but let me again reiterate that this club is targeted to mid-to-high handicappers, where that quality is desired. The best way to describe the feeling is “deceiving”, as in everything felt deceivingly good. Distance loss due to less than optimal contact was minimal, nearly unnoticeable. Every single shot was met with a soft but solid sounding “tink.”

Specifications
Options and specs for the G15 hybrid are listed below:

PING has three stock shafts available for the G15; their own AWT steel, the TFC149H, and the Aldila Serrano 85 Hybrid. I tested the 20° model with a stiff Aldila Serrano. As I previously mentioned, after a few rounds, I decided to ditch the stock rubber ID8 grip in favor of the New Decade Multi-Compound. Of course these grips, as well as a wide variety of other custom options, are available from PING. The MSRP is listed at $160 (steel shaft) and $185 (graphite shaft), though you can easily find both variations for $20 cheaper at various retailers.

Conclusion
Game improvement is definitely the name of the game with the G15 hybrid. The club is ridiculously easy to hit, and would be a great addition to any mid to high handicapper’s bag. Better players may not like the amount of offset, but that will certainly help anyone that fights a slice. No one can deny the level of consistency this club can bring to your game, even if you have problems making consistent contact at the same area on the clubface. Though the G15 will not be the most workable club, you can be confident in the fact that it will get you out of any lie without a problem. All in all, my overall experience with the club was great, as it’s very long and very forgiving. I’d undoubtedly recommend it to anyone looking for a great hybrid.