Continuing on the success of the i15 line PING introduces the i20 hybrid line. 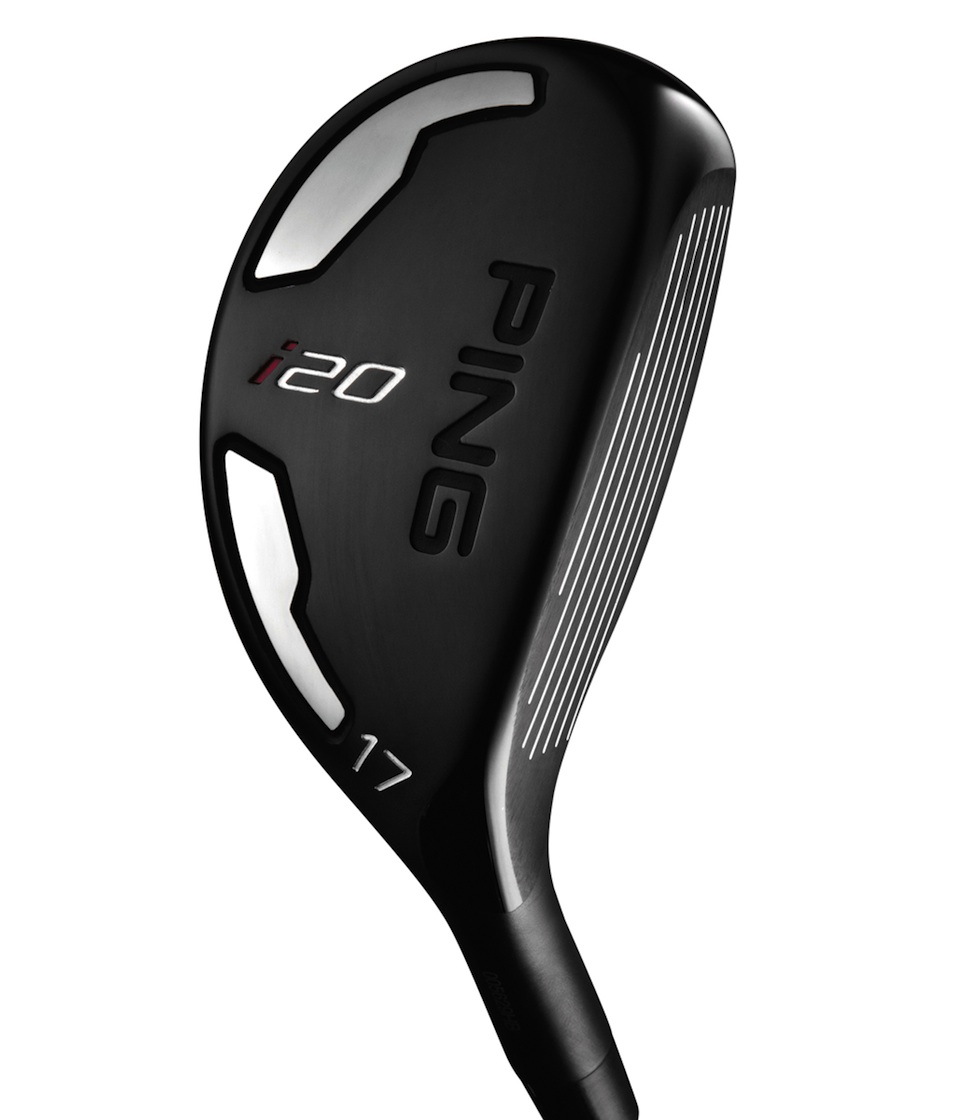 Building on the extremely popular i15 line of hybrids PING introduces the innovative i20 hybrid line. I was very lucky to get the opportunity to test the i20 hybrid and there are definitely some key changes that PING has made that improve both the performance and look of these new hybrids. PING has a very loyal following amongst serious golfers because of the custom fitting options they offer, as well as the consistent performance their clubs produce. Through the years I have used numerous PING club offerings and after using this hybrid I am left feeling they continue to churn out very reliable and high performing clubs.

Along with the i20 PING also released G20 hybrids targeted to higher handicap players looking for more forgiveness and they also released an Anser line of hybrids. PING states that these multiple hybrid models are for golfers of all abilities with loft options that give you the opportunity to add the combination of hybrids that helps you to play your best.

All of the hybrid options come in a traditional shape and all are designed to be forgiving and versatile from all different kinds of lies such as the fairway, the rough and even the sand.

With that introduction lets dive into a deeper look at the model I tested the i20 hybrid. 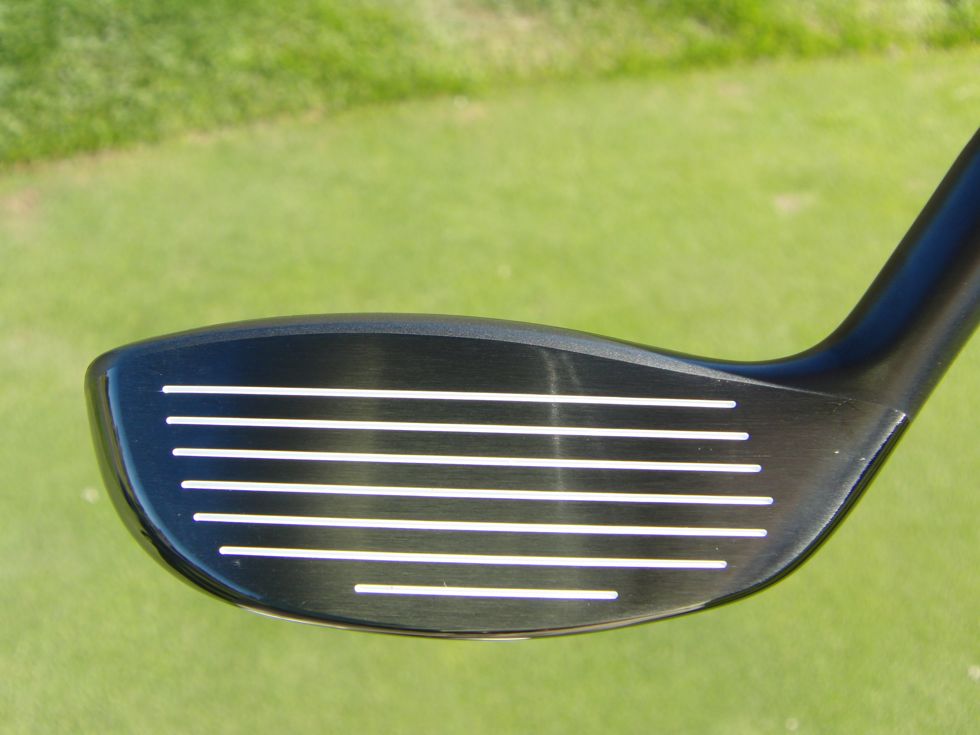 Technology
The first piece of technology that PING wants you be aware of is the forgiving nature of all of their hybrid clubs. Most golfers are moving toward a hybrid club because they are either having a very hard time hitting the longer irons where they want, or if they are like me they want some height on their shots to be able to hold longer shots on the green. To accomplish this PING has moved more surface area lower on the clubface to ensure forgiveness to optimize launch conditions. PING states that by giving the club a low-deep CG it helps to better launch the ball from tight lies and heavy grass with the optimum trajectory to stop the ball on the green. They has also added more perimeter weighting to ensure a high moment of inertia (MOI). All of this technology is targeted at providing the golfer more forgiveness. 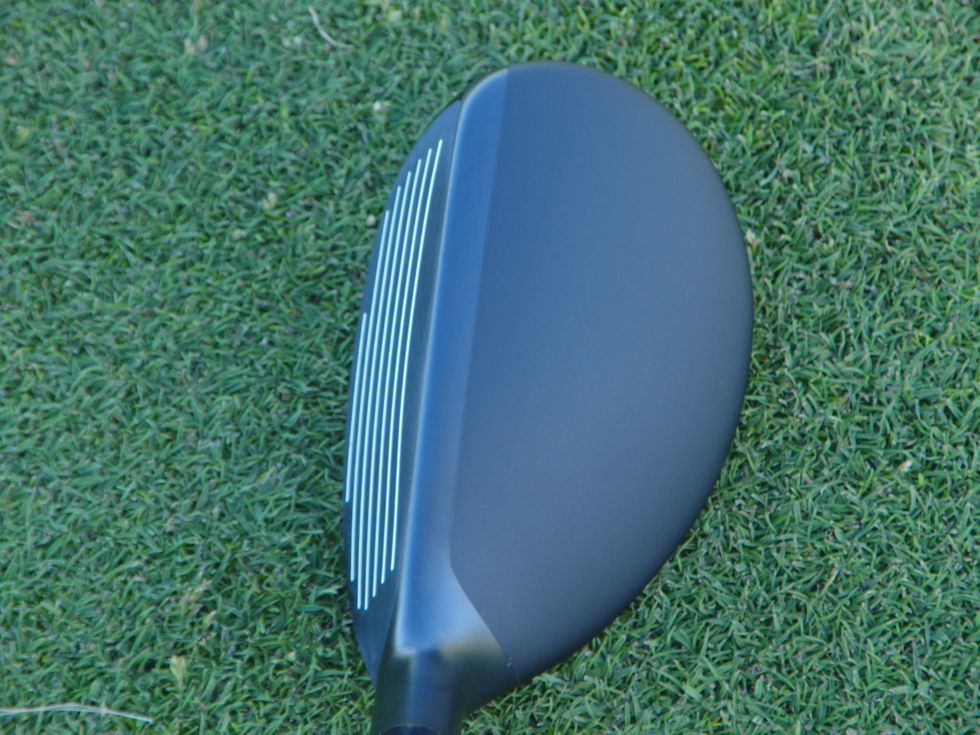 Another area of key importance is how workable the hybrids are. PING states that workability comes from an innovative design that provides full command of the clubface allowing the golfer to control the trajectory and shape of their shots with confidence.

PING also states that they worked to design a very compact head design with a straight leading edge and a slim contoured head making aiming easy on the golfer. For the better players keeping the design small and simple is a key factor in what makes PING so popular.

Esthetics
The first and most noticeable feature of the i20 hybrid that I tested was the matte black finish that PING put into the design. I think this is a huge winner because it reduces much of the glare that can come from the clubhead and it also garnered numerous comments from playing companions stating how cool it looked. The matte finish is not over the entire club, there is a “top line” to the hybrid which has a different black finish to the rest of the matte club finish. When placed next to the ball the matte finish does not reflect the sun as traditional black finishes can which is a big bonus for the player. Personally I think PING has a real winner here with the matte finish and I would not be surprised to see other companies not doing white to follow a similar trend. 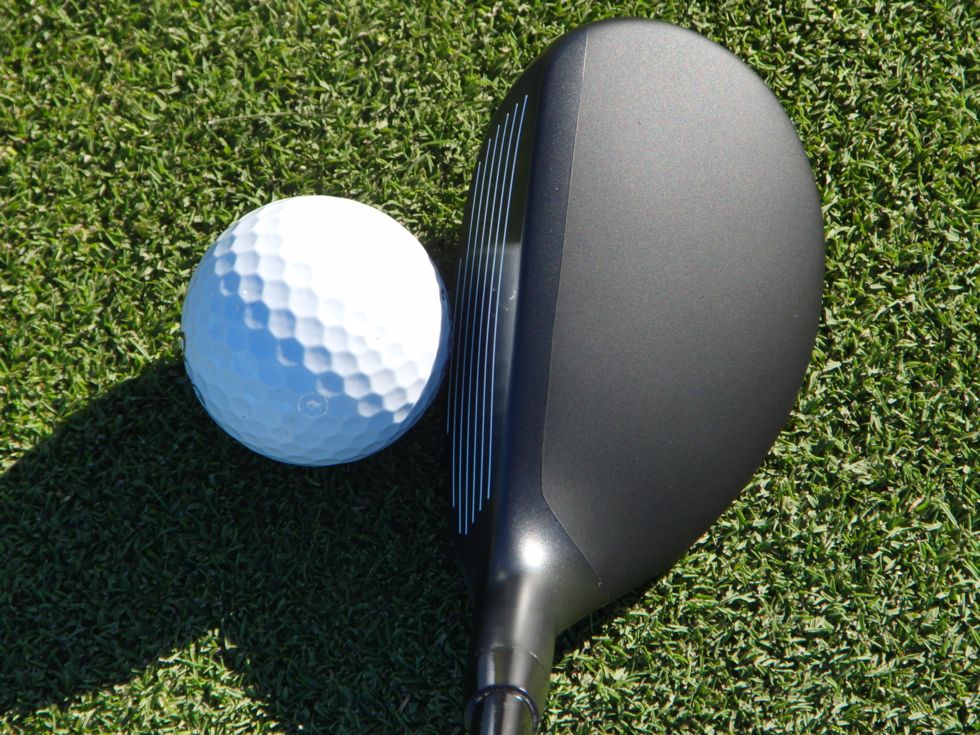 The face of the club is not very unique in its design. The groves are painted white against the black face of the club. The groove pattern is not unique but very traditional in look.

The bottom of the club has the PING name in black as well as the club name i20 done in black and red. The bottom also has a 2 sole plates that are silver which is a nice break from the all black design. PING does not mention if the silver plates have any function or use other than to be a nice design feature.

The hosel and ferrel are also black with the top part of the hosel having the matte black finish that the rest of the club has. The shaft in my demo club was a stiff Project X shaft that was black in color designed to match the black clubhead design. The grip was a standard PING black rubber grip. The head cover was also black with PING and i20 identified on the top and sides of the head cover. The cover also had a longer than usually sock, black in color, that helped to protect the shaft when put into the bag. This longer sock also prevented the head cover from just falling off as sometimes hybrid head covers tend to do. 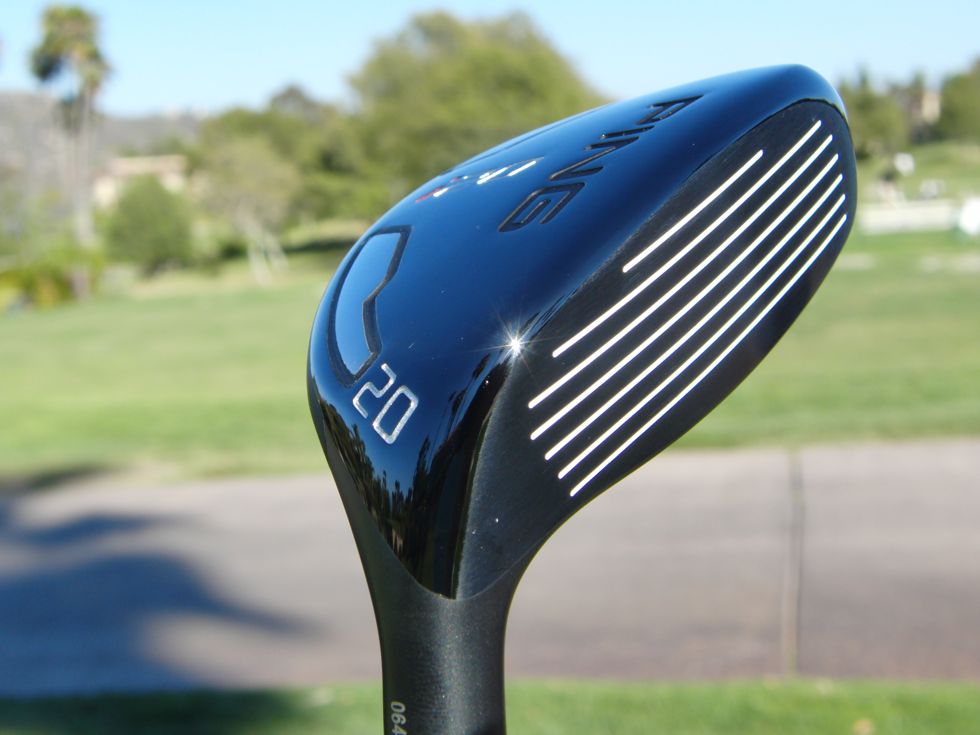 Playability and Feel
Traditionally I have not been a hybrid guy. However, after demoing this i20 hybrid, my feelings on hybrids is now changing a bit. I have tried this hybrid off the tee, off the fairway, in the rough, and even in the sand and my feeling is that this club can outperform my 3 iron in almost every case. My demo club was a 20 degree which PING claims is a 3 iron replacement and the distance was a hair longer than my traditional 3 iron. In the specification section you are able to see the details of the 20 degree and other options PING has.

From the rough the club did not dig, but cut through the grass making contact with the ball easier. I will say that more than few times the hosel would get caught in the grass and the ball would hook left. I suspect this would also happen with my 3 iron but the ball would not travel as far off line as in the case with the hybrid. I feel that many times with a hybrid a bad shot can go farther off line than in the case of an equivalent swing with a long iron. This was not always the case, but by the averages it was the case for me. 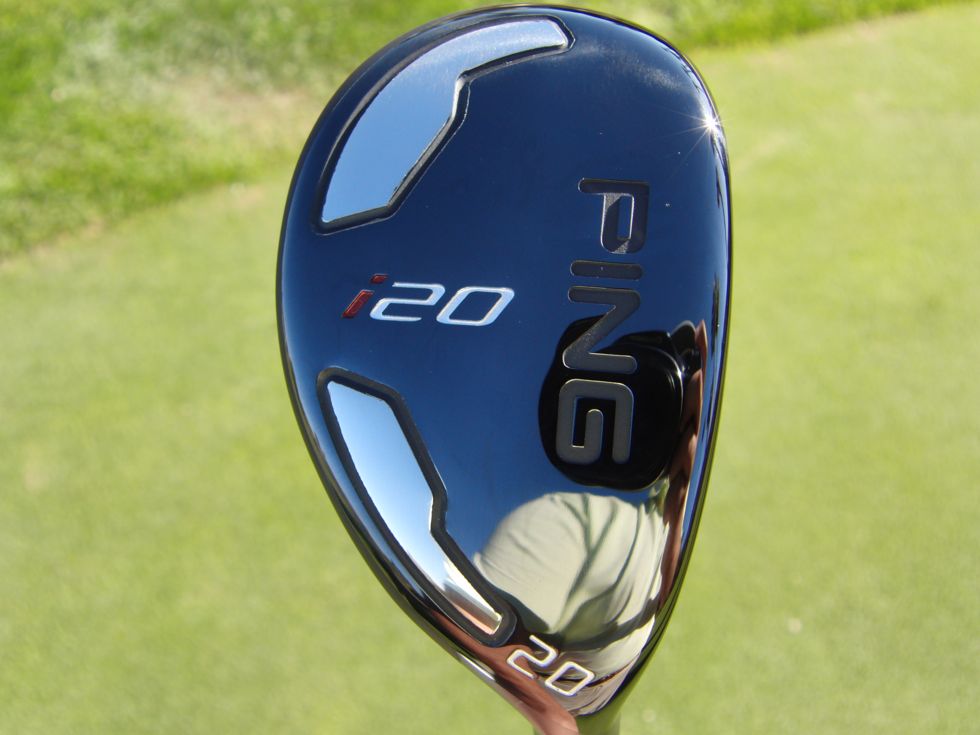 The feel of the club was very solid and mishits were handled well. I would say it felt more like a fairway wood than a iron in terms of how it felt at impact. With mishits I could easily tell on the face where the ball was hit and the performance of the mishits was slightly above average from my expectations. I feel that heel hits performed a bit better than toe hits but there was a not a major difference between them.

The launch angle was lower than with most hybrids that I have used in the past, but I would rate this as a plus because most hybrids I have used border on ballooning, whereas this club did not have that issue. I think this hybrid was aimed at the better player looking to have a more boring trajectory. 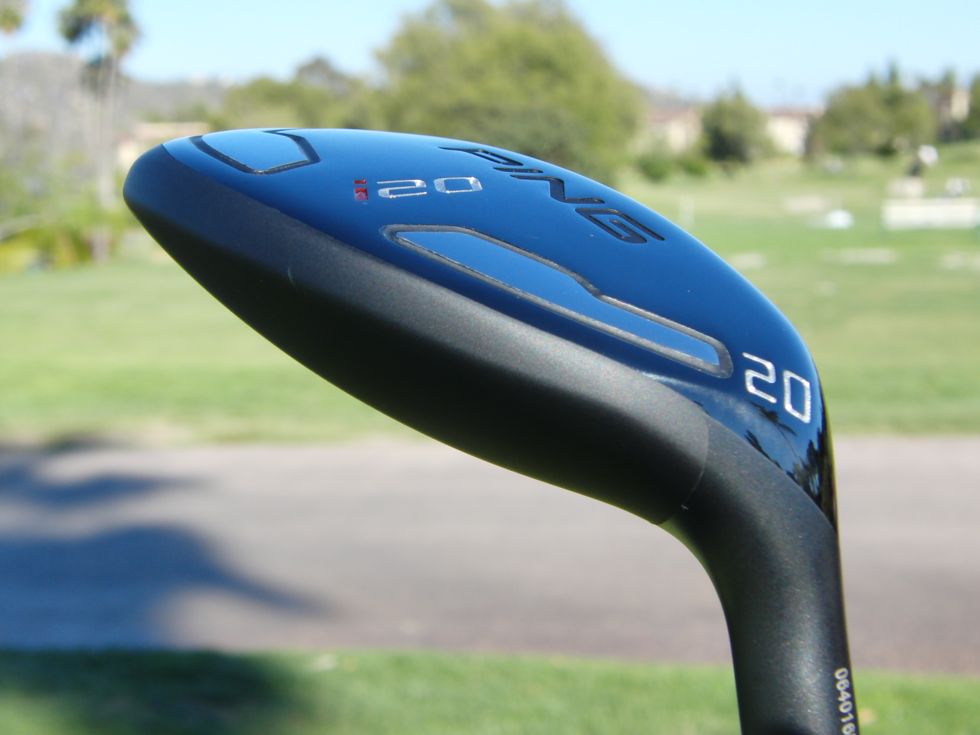 The sound of the club was very muted and a pleasing thwack. Sometimes with thin faced hybrids there can be a tingy sound, but not in the case of the PING i20 hybrids. The sound of hybrids is probably not as critical as in the case of drivers, but still for a players club a bad sounding club can be a show stopper. 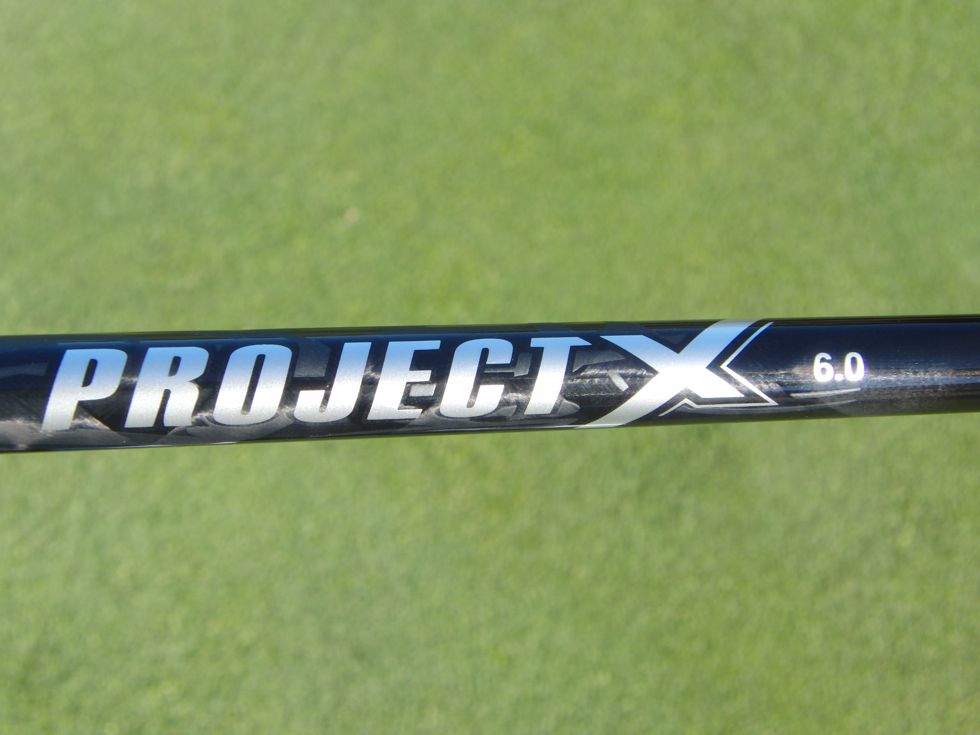 Conclusion
In conclusion, I would not be surprised to see the PING i20 hybrid the bag of tour players who play the PING brand. This hybrid is a very high performing players club which can be played by low to mid handicappers. PING made the club forgiving enough for the average player but still true to the requirements of the better player. I would not rate this club as a game improvement club, players in that category would be better off playing the G20 or Anser offering from PING. 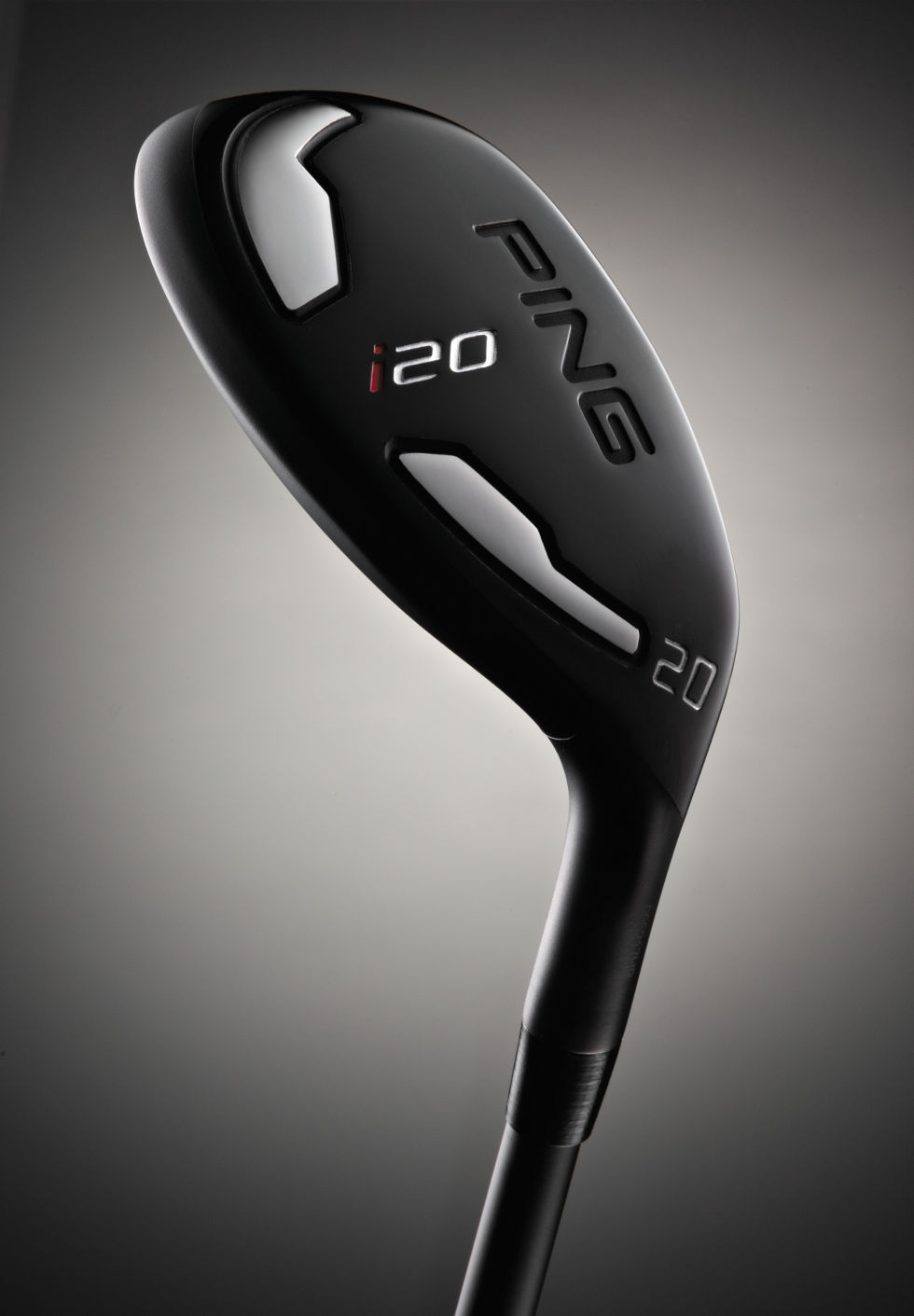 I have been considering the move to a hybrid and this club will find a place in my bag for a while. I like the matte design and performance that this club gives and would recommend it to others. 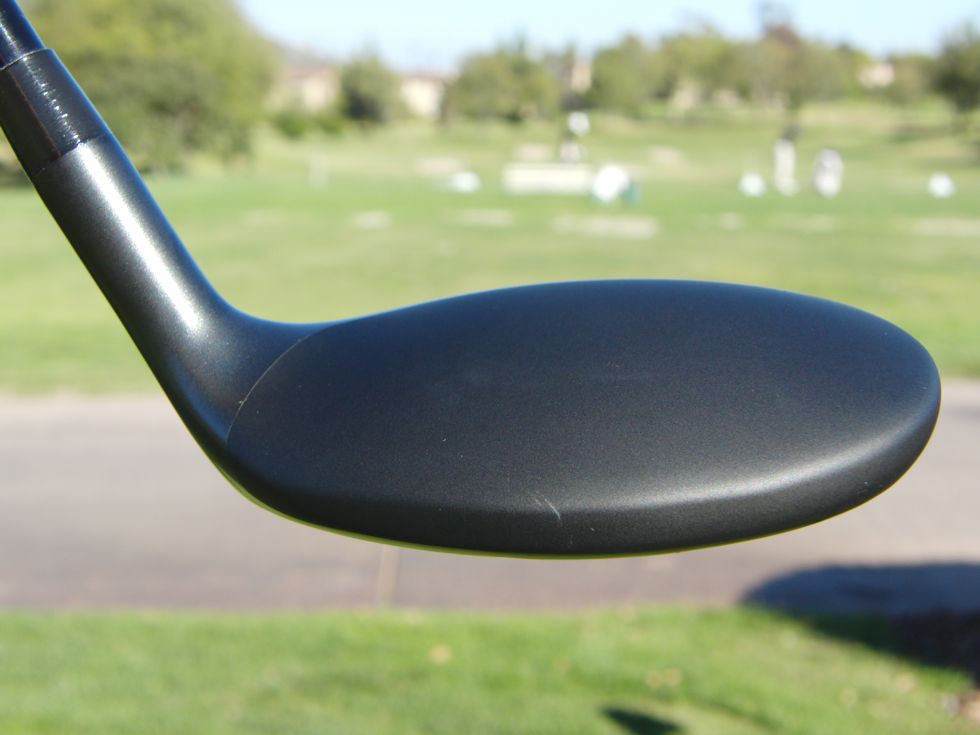 6 thoughts on “PING i20 Hybrid Review”