Recapping the first half of the season on the five major tours.

Here in the U.S., there are five golf tours aired on television: the PGA Tour, the LPGA Tour, the European Tour, the Web.com Tour, and the Champions Tour. Since we’re about halfway through the season, it seems like now would be a good time to recap the action throughout the world of golf.

The PGA Tour has seen occasional dominance of four-time winner Tiger Woods, though he’s shrunken during crunch time at the majors. The opposite could be said for Inbee Park, six-time winner on the LPGA Tour this year, and current grand slam candidate with three major wins thus far. The Web.com and Champions Tours each have a single multiple-time winner, while the Euro Tour has just two.

Number Five: Champions Tour
I know what you’re thinking. “Woo, Champions Tour! My favorite!” Well, thankfully, the Champions Tour has had some mildly interesting stories to start off the year.

Rocco Mediate, apparently having gotten over Tiger’s cold shoulder, won at the Allianz Championship. That was followed up by the two wins from Bernhard Langer, the year’s only multiple winner. Koki Idoki, playing in his first professional golf event in the United States, won the season’s first major, the Senior PGA Championship. 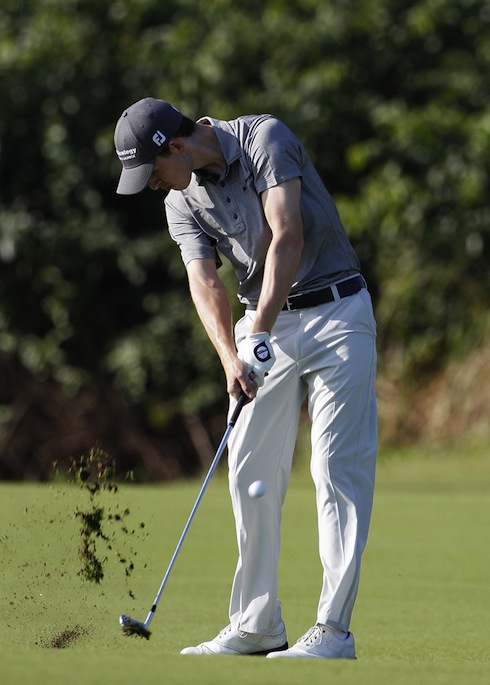 Number Four: Web.com Tour
Probably the most interesting story on the Web.com this year was Patrick Cantlay’s early-season win. The former top-ranked amateur in the world, Cantlay turned professional after last year’s U.S. Open. He won in just his second Web.com Tour start, at the Colombia Championship. Cantlay has also played a number of PGA Tour events, though he’s been absent from professional golf since a back injury forced him to withdraw from the Crowne Plaza Invitational.

Only one player, Michael Putnam, has won multiple times on the Web.com Tour this year, though his two victories have put him on the verge of a promotion to the big leagues.

If you want the most interesting story, well, that goes to Chesson Hadley. For his first professional win, Hadley was victorious at the Rex Hospital Open, an event played at TPC Wakefield Plantation in Raleigh, North Carolina. Hadley, a North Carolina native, was actually born at Rex Hospital, and he and his wife plan to have their first child there.

Number Three: European Tour
The European Tour, like the PGA Tour, has been a year of firsts and comebacks, though no one has dominated in Europe the way Tiger has won on this side of the pond. 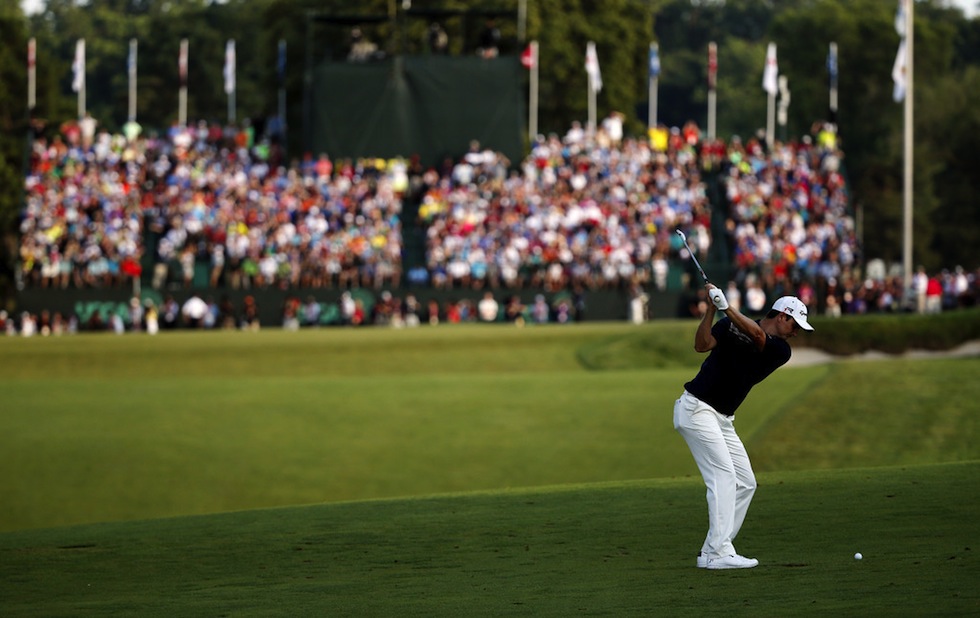 Several other first-timers have picked up trophies, including Dawie van der Walt at the Tshwane Open, Kiradech Aphibarnat at the Maybank Malaysian Open, American Peter Ulhein at the Madeira Islands Open in Portugal, and Simon Thornton at the Najeta Hotels et Golfs Open.

A few more famous golfers have won recently, including Matteo Manassero at the BMW PGA Championship (the event’s youngest winner yet), Ernie Els at the BMW International Open, Paul Casey at The Irish Open, and Graeme McDowell at the Alson Open de France. 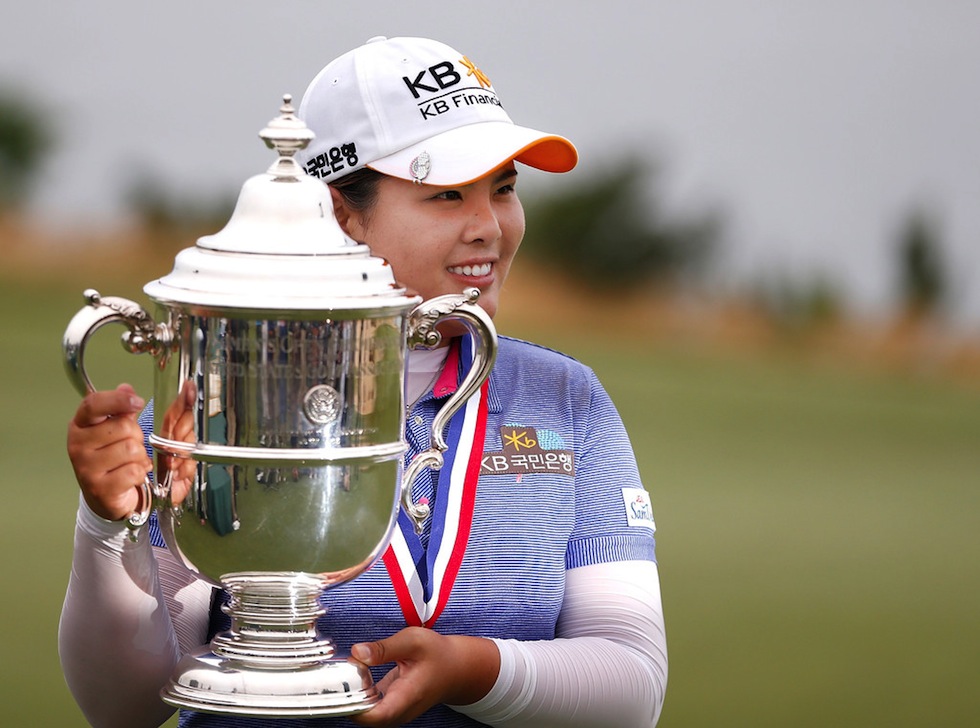 Number Two: LPGA Tour
In 2008, Inbee Park, then 19, won the U.S. Women’s Open, becoming the youngest golfer to win the tournament. She struggled for several years however, and didn’t win a second event until just last year (the Evian Masters, in the last year before it became a major).

2013 has been the year of Inbee Park on the LPGA Tour. She won the season’s second event, the Honda LPGA Thailand, before winning the first major, the Kraft Nabisco Championship. She soon ascended to the world’s top ranking, but didn’t stop winning. Park picked up victories at the North Texas LPGA Shootout, the Pure Silk-Bahamas LPGA Classic, the Wegmans LPGA Championship (the second major), the Walmart NW Arkansas Championship, and the U.S. Women’s Open.

American golfer Stacey Lewis, 2011 Kraft Nabisco champ, won twice early on, and was briefly the top-ranked woman in the world.

Other notable names to win this year include former world number one Jiyai Shin at the ISPS Handa Women’s Australian Open, Beatriz Recari at the Kia Classic, Suzann Pettersen at the LPGA Lotte Championship, Cristie Kerr at the Kingsmill Championship, and Karrie Webb at the Shoprite LPGA Classic.

Number One: PGA Tour
Despite recent dominance by international and European golfers in majors, Americans were unusually dominant at the start of the PGA tour season. Starting with Dustin Johnson’s win at the season-opening event in Hawaii, and continuing through D.A. Points’ win at the Valero Texas Open in late March, U.S.-born players dominated the PGA Tour.

The story of the early going was the play of Tiger Woods. Woods, who won three times last season, saw the winners’ circle in his first event, the Farmers Insurance Open at Torrey Pines. He won a few months later at Doral, then grabbed his now-annual trophy at Bay Hill, and won at TPC Sawgrass for just the second time.

But he couldn’t pull it out at the first three majors, both of which have been won by first-timers. Broomsticker Adam Scott pulled it out on the second extra hole of a playoff with Angel Cabrera, while Justin Rose fended off Philly favorite Phil Mickelson at Merion to win the U.S. Open.

Mickelson, however, got his revenge at Murfield. Shooting a pehnominal final-round 66, Mickelson came out of nowhere to snatch his first Claret Jug, and sits just a U.S. Open away from the career grand slam. 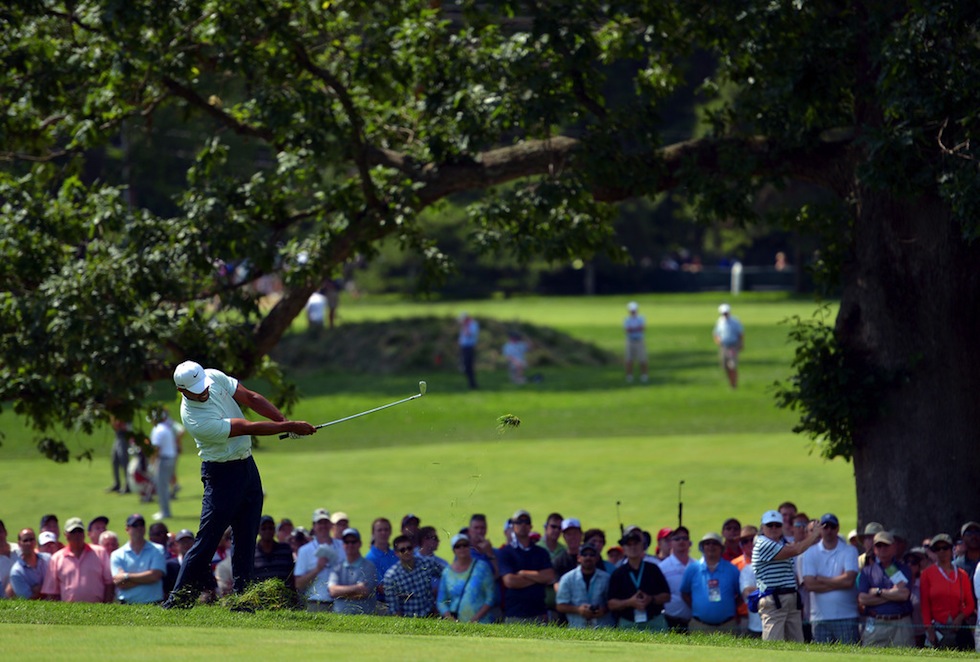 Rory McIlroy has had a down year, while Phil’s has been rather up and down. He won early on, but was a no-show at The Masters, and came up short at the U.S. Open. The English Duo, Lee Westwood and Luke Donald, have been winless, Westwood in particularly spectacular fashion, along with countryman Ian Poulter.

Conclusion and Your Thoughts?
It’s been an interesting year in golf so far. Fun, but certainly interesting. It’s strange so see someone dominate the PGA Tour as Tiger Woods has, yet look so lost in majors. Inbee Park has carried the torch for the women, winning in a way unseen even in the heydays of Annika Sorenstam and Lorena Ochoa. He three major wins, along with the LPGA’s addition of a fifth major championship to the yearly schedule, pose an interesting question: Is four majors (consecutively or not) still considered a “grand slam” or does it now take five?