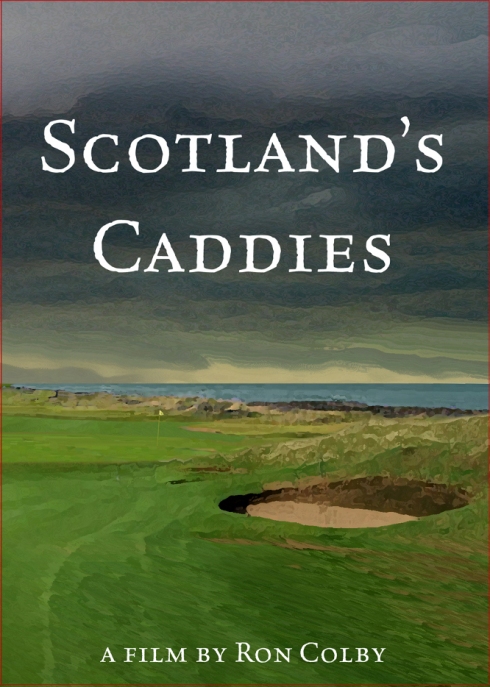 Courses
While the caddies are of course, the main story, the courses are really the understated stars of Scotland’s Caddies. The golf scenery in Scotland is breathtaking and to get a guided tour of some of the most heralded courses in the world by caddies who have been at these courses for decades is worth the price of admission in and of itself. I found myself gazing intently at the TV while looking at these grand courses and had to stop myself from hopping online and booking a golf trip right then and there.

While getting a tour of the bigger named courses such as St. Andrews, Prestwick was impressive, I found myself enjoying more the commentary and tours provided of some of the “lesser known” courses in Scotland. Of course, you’ll need to watch Scotland’s Caddies to find out what those hidden gems are but one thing is for certain, you certainly won’t get bored playing golf in Scotland.

History
If you appreciate golf history, Scotland’s Caddies will hold your attention as you get a brief overview of how golf got it’s beginnings in Scotland and how caddies played an integral role in the development of the game. I found myself learning more about the role of the caddie as well as the technological and equipment breakthroughs from the clubs, to the balls and how courses were designed to flow with the land.

It was amusing to hear stories about Old Tom Morris, Young Tom Morris and a myriad cast of others who made up the rich history of Scotland golf. I found myself on Google looking up more information on some of the caddies and was amazed at how dominant some of them were in various tournaments, including the Open Championship. If you enjoy learning about the history of golf, Scotland’s Caddies won’t disappoint you.

Caddies Stories
Most of the caddies interviewed were older and they had some amusing stories to share about various dignataries whom they’ve caddied for through the years. While most were complementary about them, there were a few stories of “famous” golfers who didn’t display the greatest, shall we say, etiquette on the course (which brings to mind the Grandland Rice quote; “Golf gives you an insight into human nature, your own as well as your opponent’s”).

While hearing about famous people was amusing, the best part in my opinion was hearing about the average golfers from around the world who visit Scotland to test their golfing prowess. While certain stereotypes were brought up, it was interesting to find out who were the fastest players, the most and least courteous, and the best and worst tippers. If you are planning a golf trip to Scotland anytime soon, Scotland’s Caddies would make a good primer on not only what to expect when you play there but also how you should act, how you should be prepared and how to properly tip the caddies who are helping you get around the course.

If there was one common denominator amongst the caddies, regardless of age or longevity of being a caddy, it was their reverence for the game of golf itself. Golf provided for their livelihood but also for the sense of being and it was almost spiritual to listen to them talk about the life they got to live by working outdoors on some of the most hallowed golf courses in the world. To them, it was an honor to be a caddy and they couldn’t imagine a life without being one.

Final Thoughts
Overall, Scotland’s Caddies was enjoyable to watch. The scenery of these great courses is amazing and the stories the caddies share are humorous as well as finding out about their influence on Scotland’s golf history was very interesting to learn. It did tend to run a bit long in my opinion (69 minutes) and I found the lack of any DVD extras or even a menu to be a bit strange. I felt there was potential to include some outtakes, additional photography of the courses, or something for the $19.95 asking price although in this day and age of multi-disc sets, and director cuts, sometimes simplicity can be a good option as well.

If you’re looking for an unique gift or are planning on going to Scotland for a golf outing in the near future, Scotland’s Caddies is a good option to choose and is worthy DVD to add to your collection (it’s a great primer to get you ready for what you can expect golf to be like in Scotland). If you want to check it out, you can order it directly from Artists Confederacy today.