See if you agree with my picks for the five biggest surprises of 2009.

This season the PGA Tour has given us some memorable – or at least notable – winners. It has also given us some surprising performances, results, and standings.

We all have our favorites and not-so-favorites. But, when the ones we expect to be consistent are not, we question their abilities. All players have their good and bad days. What we can expect is there will be surprise winners, and there will be those players who do not do as well as we might anticipated.

Number Five: The Rest
Pat Perez’s win at the Bob Hope Classic was inevitable. He admitted himself that it was about time.

Nick Watney’s win at the Buick Invitational was his second on tour. His first came at the Zurich Classic of New Orleans in 2007.

Dustin Johnson winning at The AT&T Pebble Beach National Pro-Am was somewhat anticlimactic being that it was shortened to 54 holes. Nevertheless, Johnson did what he needed to do stay ahead and win by four strokes.

It’s no surprise that Retief Goosen won at Transitions Championship, being a two-time U.S. Open Champion, but, what is surprising is that it was his first win since 2005. “Eventually, you wonder if you can still do it,” said Retief Goosen. 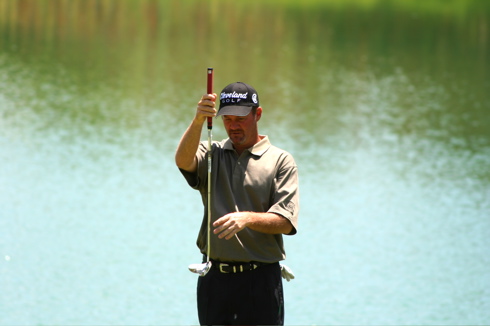 Jerry Kelly has not won since 2002. He won twice that year and not again until the 2009 Zurich Classic of New Orleans. This ended a seven-year winless streak and netted him his largest payday ever.

Number Four: Heath Slocum, Barclays
An unexpected winner, Heath Slocum came from 124th in the FedExCup points and 197th in the world to win the Barclays over Ernie Els, Padraig Harrington, Tiger Woods, and Steve Stricker by one stroke and put himself in position to have a shot at the $10M payoff.

Number Three: Y.E. Yang, PGA Championship
At 37 years of age, Y.E. Yang became the first Asian major winner when he came from being ranked 110th in the world to win the PGA Championship. He is one of the few to be able to hold off Tiger Woods and not break under the pressure. This was his second win in 2009; the first came at The Honda Classic. 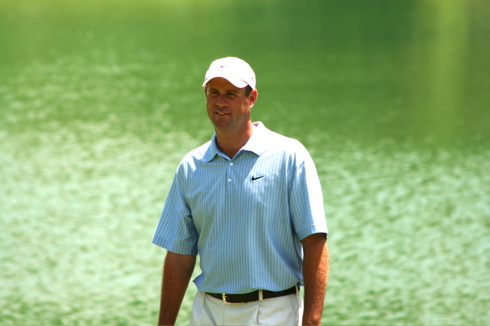 Number Two: Stewart Cink, Open Championship
Was the biggest surprise that Stewart Cink won or that Tom Watson was in contention? I suppose it is debatable. But, nothing can be taken from either one. Tom Watson’s unimaginable story of almost winning The Open Championship at age 59 remains historical. Being this is Cink’s sixth win on Tour, and his first Major, winning in such a memorable fashion is historic as well.

Number One: Lucas Glover, U.S. Open
He had not made the cut in previous attempts and came from being ranked 71st in the world to win his first major. His first win came at The FUNAI Classic in 2005. He’d even taken several months off from golf and contemplated giving it up altogether. To say that his win came from almost nowhere is an understatement.

Number Five: The Rest
With their finish in the 2008 FedExCup standings, it is surprising that these players are currently outside the top 30: Anthony Kim, Paul Casey, Camilo Villegas, Sergio Garcia, and K.J. Choi, just to name a few. 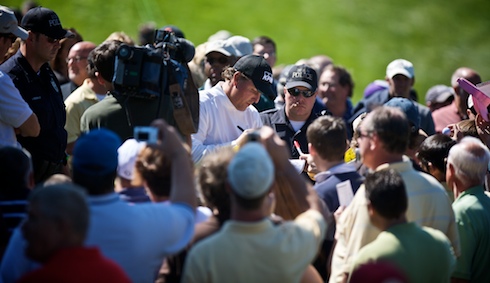 Number Four: Phil Mickelson
With his personal life in the state it has been, it is surprising that he still has two wins on the year and six top-10 finishes. He is currently ranked 12th in the FedExCup and third in the world.

Number Three: Vijay Singh
I will not discuss FedEx Cup point system here, but, at the end of the 2008 season Vijay Singh had it wrapped before the final playoff tournament, the Tour Championship. This year, unfortunately, he didn’t have enough points to move past the second playoff tournament, The Barclays, and his season is over. He ended the season ranked 81st in the FedExCup and 14th in the world. 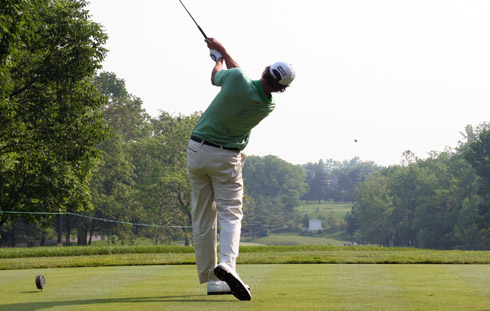 Number Two: Adam Scott
Including his second-place finish at the Sony Open in Hawaii, he has only been in the top 20 twice in 2009. The expectations for Scott were high coming into the 2009 season. Unfortunately he has been outside the top 30 in all but 2 events, and has missed the cut 10 times. He ended the season ranked 110th in the FedExCup and 53rd in the world.

Number One: Padraig Harrington
In contention with Tiger Woods at the Bridgestone Invitational, Padraig Harrington gave it away at the par-5 16th hole. The surprise was the shot over the green and into the water. Although uncharacteristic, Harrington made the same mistake the following week at the PGA Championship on the par-3 eighth hole making another eight for the second week in a row.