How EA Sports can bring golf video games into the next console generation.

According to a statement released by EA Sports recently, the video game giant and golfer Tiger Woods have severed ties.

According to who you believe, the Tiger Woods PGA Tour video games already appeared to be on the rocks, and the ’15 edition (to be released in 2014) will be either delayed until at least April or not sent to market at all.

Neither option would be all that unheard-of; EA has monkeyed with the release dates for the Tiger Woods games before. The games were released in the fall every year between 2003 and 2007, until moving towards the late summer for the 2008 version and earlier in the summer for 2010. In 2012 EA cut a deal to include Augusta National in the game, and worked hard to push it out before The Masters.

EA is also no stranger to cutting off a game entirely. They dropped the MVP Baseball series after 2007 (mostly because rival 2K Sports signed an exclusivity deal with MLB in response to EA’s similar deal with the NFL), and have yet to pick the series back up even after the 2K/MLB deal expired. After their NBA Live 10 game received (justifiably) terrible reviews, they cancelled its follow-up, NBA Elite 11, at the last minute, and haven’t released a basketball game since despite relatively weak releases from 2K (though NBA Live 14 is set to come back later this year).

It remains to be seen what exactly the ramifications of the Tiger/EA separation are. I suppose it’s possible that Tiger remains in the game as a playable character, though his days on the cover are surely gone.

The games remain different year-over-year, but the yearly releases have become frustrating. Excess players, expensive extra courses, and rotating single player modes have made the games stale, and while the extra space of Blu-Rays and larger on-board stock hard drives should help them, EA needs to make some deep changes. Here are a few things I think could get the PGA Tour video game series off and running again.

Unlike Madden or NBA Live or MVP Baseball, golf video games never had to be a yearly release. The Tiger Woods PGA Tour games, in fact, have been the only long-term golf game released on a yearly schedule. There are no rosters to update, rule changes are minute, and equipment modifications could conceivably be handled through DLC. It would actually make sense for EA to switch to an every-other-year schedule, which would give them more than double the time to pour into each release.

I’ve said this before (read above), but my confidence in EA Sports to deliver a solid first-year product on the new consoles is nil. I spent so much money on Madden 06 and NBA Live 06 for the Xbox 360 only to sell them off and buy the original Xbox versions that I’ll believe EA can pull this off only when I see this. 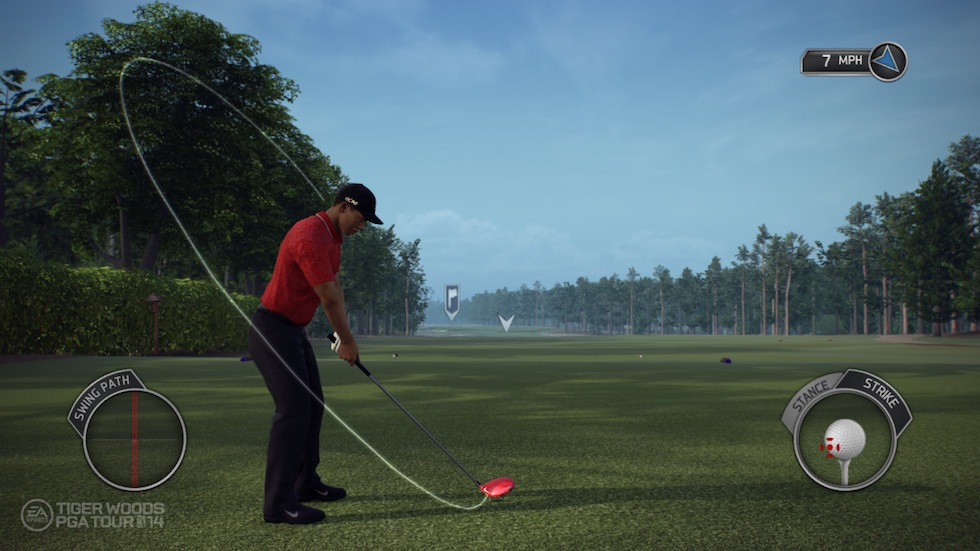 In addition to that, few games produced early in a console generation turn out to be great long-term. I bought Perfect Dark Zero recently, one of the best-reviewed games at the 360’s launch and the spiritual successor to GoldenEye 007 (the greatest N64 game of all time), and it’s virtually unplayable. The graphics are angular, the UI in unintuitive, the worlds are slim, and loading times are outrageous. Most of the early current-gen games are similar, and I don’t expect the first few years of the Xbox One and PS4 to be much different.

When I started writing the Tiger Woods PGA Tour video game reviews a few years ago, I rounded out my collection of the old games, dating back to the 2003 edition. I had fond memories of many of the titles (especially the 2005 version), and wanted to see if they still held up.

For the most part, they do. The 2004 and 2005 games especially were very tight. I’m not exactly sure how to explain it, but try playing any EA Sports game from 2004 (Tiger Woods, Madden, NBA Live) on an Xbox, and then pop in the same game from 2006 on a 360. The controls are less 1:1, you feel like there’s a slight delay. Everything is slower, from menus to load times, animations to reflexes. Even today we see that, as EA struggles to balance the looks of game menus with their intuitiveness and usability.

If they need to take a year to start from the ground up and build a truly forward-looking golf video game, I’m perfectly fine with that.

Number Four: More/Smarter Customization
From what I’ve read, the current generation of consoles simply couldn’t handle a create-a-course feature in the Tiger Woods video games. I get that to an extent, but they could have given us a little something. Hell, Tiger 2005 had “Tiger Proofing,” in which you could edit the cosmetics and difficulty of a course. Create-a-course would be a huge feature, and would be an actual selling point for a series that has been missing one for years.

Getting back to some of the earlier games, the depth of customization in some of them was actually quite astounding. They included create-a-swing and an insanely in-depth pro shop. Not only could you buy clubs and equipment, the apparel section offered watches and glasses. You could design your own logo (a la Tiger’s “TW”), and even give your golfer a tattoo. (I agree, that one’s a little weird.)

Recent editions have offered little of that, teasing us with Club Tuner in 2009 before they took it away just as quickly, and while my golfer’s face looks more realistic than ever, there’s still no way to export my character year over year. Having to go through the cosmetic process every year is nothing if not tedious, and removing that would make the day-one experience much better for gamers.

Customization doesn’t have to be just for the esthetics either. The mechanics of the EA Sports golf swing has changed frequently, and much of the first few hours of gameplay is generally learning how they want you to swing the club this year. EA should simply keep the full-swing and putting mechanics from years past as gameplay options (much like what they did with the three-click swing system for a while). This would make the break-in process easier, and eliminate many of the mechanics-related gripes that gamers like I have. Hammering out the difficulty of the game has been a big issue for EA over the life of the Tiger Woods PGA Tour game series, in large part because every year we’re forced to adapt to a whole new gameplay system every year. 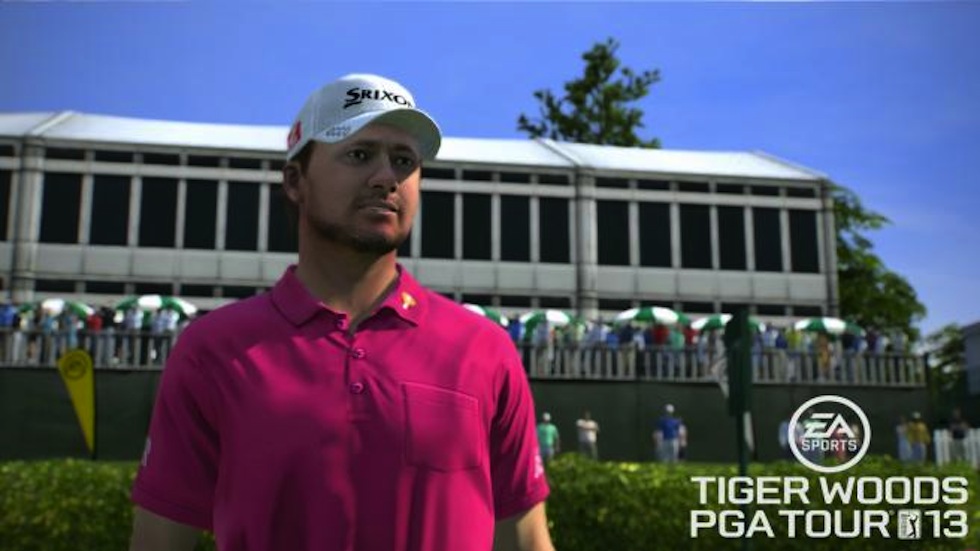 Number Three: More Courses, Fewer Golfers
This is where the ambiguity with Tiger’s future comes into things a bit. I’ve only ever spent any significant time playing these games as either my own character, Tiger Woods, or the legends golfers (Palmer, Hogan, Nicklaus, etc.). I don’t care about Bud Cauley, Bubba Watson, or Angel Cabrera in the slightest, and the only golfer I would be excited for them to add would be Phil Mickelson.

I do, however, like that the games offer a variety of golf courses. In addition to the few mainstays (TPC Sawgrass, St. Andrews, Pebble Beach), EA has taken to rotating the other courses in and out.

As I calculated out last year for my review though, to buy every downloadable course for Tiger 14 would be to shell out an additional $110 over the initial cost of the game, and those are files that are only available for that edition of the game. (For instance, I have DLC versions of fantasy course The Predator just taking up space on my Xbox for the 12, 13, and 14 editions of the game.)

I get that they can’t put them all on disc, but the courses that come stock are one of the few yearly deal-breakers. I’m much less likely to buy the game during years when they aren’t offering my favorite tracks. It would be nice to see them implement some sort of deal where you get X amount of free downloads with the purchase of a new copy of the game, so I could make sure that every year I’d have my favorites: Bethpage Black, Pinehurst No. 2, The Predator, and TPC Boston, to name a few.

Focusing more on the courses and less on the stale stable of golfers should allow them to offer a better value and provide more satisfaction to gamers. 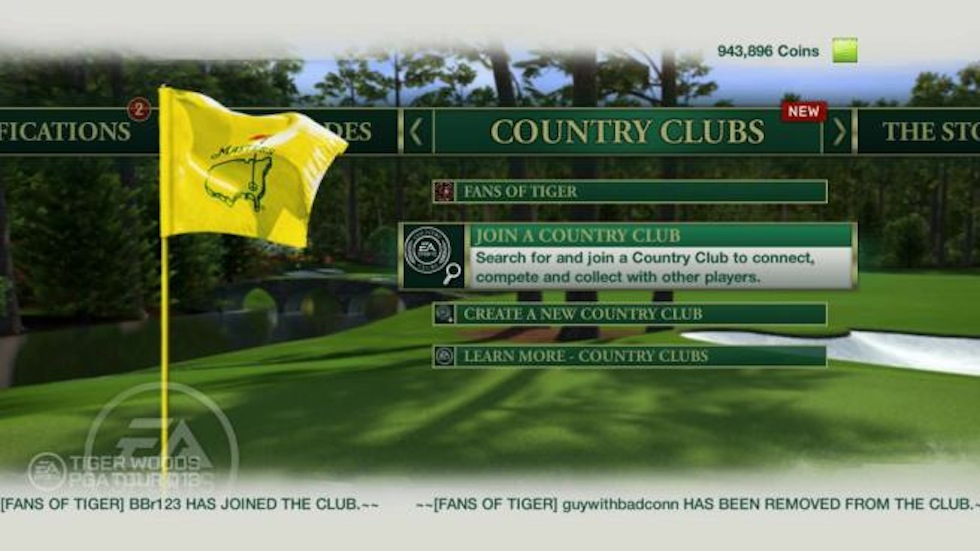 Number Two: Figure Out Single-Player Mode
Over the past few years, the games have fallen into a pattern with the single-player modes. You create a character and they’re immediately shepherded to the Amateur Tour. They work their way up, through the Web.com Tour, eventually reaching the PGA Tour. Each week of the season comes with a few mini games before the main event, and winning allows you to unlock golfers and courses.

Your golfer sucks early on, but only superficially. For a game that preaches realism, they don’t seem to understand that even Web.com Tour players can afford nice golf clubs. Because it can take a long time to max out your golfer, you end up playing a majority of the game with the generic EA Sports-brand clubs.

But they’ve also included a second single-player mode: Ryder Cup in 2011, “Tiger Legacy Challenge” in 2013, and “Legends of the Majors” in 2014. These were fun, but poorly integrated, and the fact that they have essentially been rotating (legends were also offered in 2005 and 2006, for instance) provides for a fractured experience. You’re getting a different experience year-over-year, but not one that’s necessarily new or innovative.

Number One: Bring Back Button-Mashing!
I can’t underscore how much I missed button-mashing the A button to get a few extra yards, a feature that EA has removed in recent years. In the earlier current-gen games (between 2007 and 2009), those power-ups were very important; at some courses you could regularly drive the ball over 400 yards with a maxed-out player and upgraded equipment. (East Lake, specifically, with it’s wide, sloping fairways.)

That was scaled back a bit in recent years, along with the rest of the game’s arcade-like features. It’s gone full-on simulation, the Forza Motorsport to Tiger 2004’s Need For Speed Underground, and it’s become less enjoyable. You could play those earlier games with friends who don’t even golf, in the same way that FIFA games can be enjoyable even if you don’t like soccer.

But now, with the exacting putting system and complicated pre-shot routine, that’s not really the case. The lack of power-ups is indicative of a larger problem with the series: it’s just not fun anymore. It’s become frustratingly formulaic. 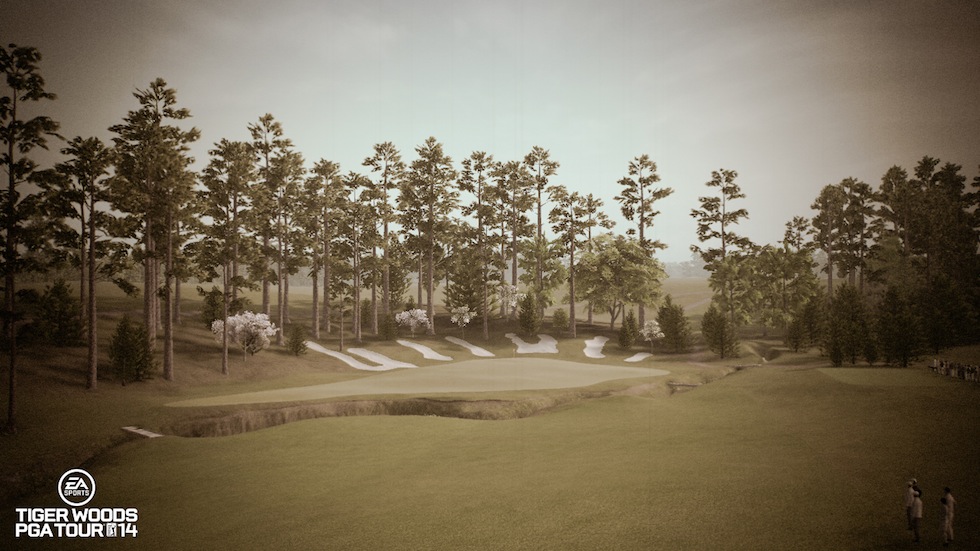 It’s the same problem I have with the Forza games (and, truth be told, most recent Need For Speed games as well) I mentioned above. I can go out and play a regular round of golf, just like I can drive my decade-old Volkswagen down a highway. I don’t need that to be simulated on my TV. What I can’t do is drive 120 MPH through an urban center in a comically supped-up Nissan Skyline, dodging traffic and road signs at every turn, just like I can’t actually step up to an approach shot after a drive that would make Jamie Sadlowski blush.

(By the way, someone at EA needs to call up Sadlowski yesterday.)

Closing and Your Thoughts? You’ve heard my thoughts on the future of the EA Sports PGA Tour video games series. How would you improve it?