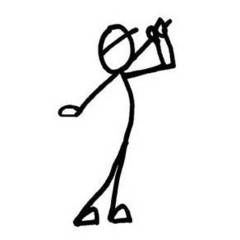 Flag Knocked Down by Wind

By humblepeasant, January 27 in Rules of Golf