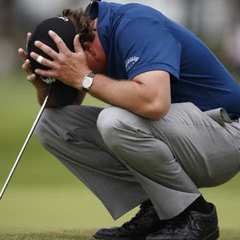 What Do You Do When You Have a Bad Round?